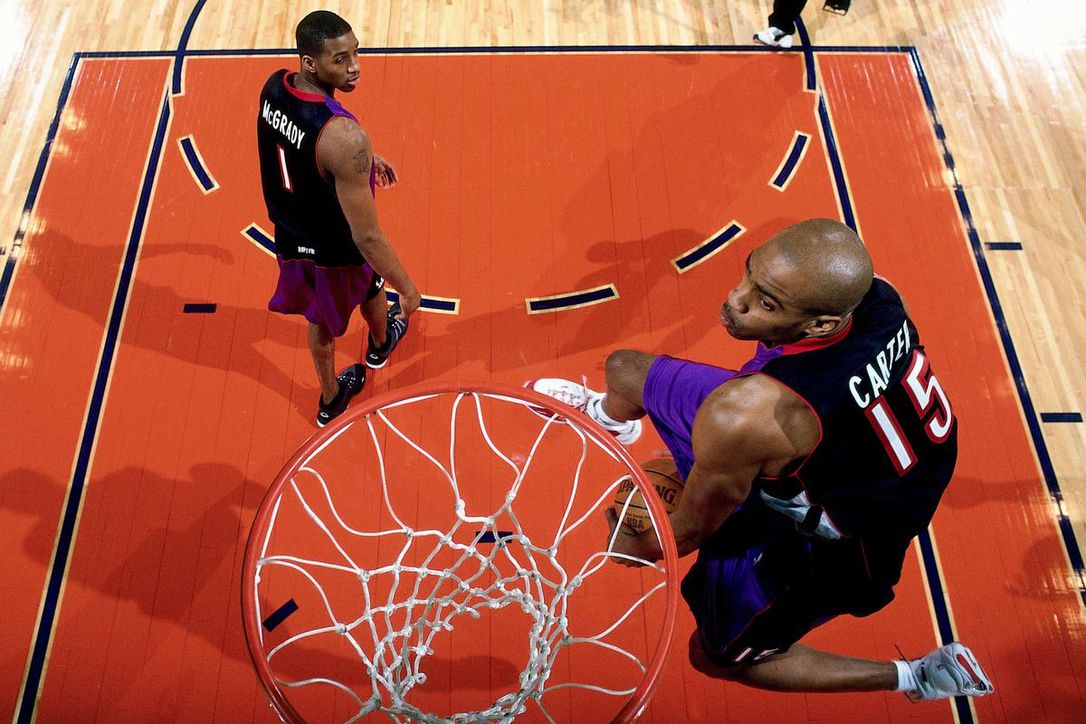 Duke University’s Zion Williamson is the consensus first overall pick in this year’s draft, and Atlanta Hawks’ Vince Carter doesn’t fail to notice the brilliance of the young, athletic player.

Also a superb athlete and arguably the best dunker in NBA history during his younger days, Carter told ESPN’s Myron Medcalf that Zion has what it takes to play in the league in a high level.

"He'll be ready [for the NBA]," Carter, the 2000 NBA slam dunk contest champion and eight-time All-Star, told ESPN. "One thing I learned when I got in this league is that yes, I'm athletic, but there's gonna be a lot of guys up here that are athletic. What else do you bring to the table? I think he's going through that phase, kind of what I went through. Everybody looks at 'he can dunk, he can dunk,' but now when you have guys that are super athletic, then they're going to start saying, 'What else can he do?'"

However, Carter was still adamant that the NBA is definitely a different territory for aspiring players. It’s incomparable to college or amateur basketball because of the talent level and the overall rules and feel for the game.

While Carter gave a thumbs-up to Zion’s potential to make noise in the NBA, he also warns the Duke standout that versatility is the name of the game in the pro ranks. Dunking and athleticism will only get you highlights, not necessarily wins and championships. Carter himself is a living testimony of this as he is now one of the deadliest three-point shooters in the league, something that people were skeptical about in his rookie season when he averaged just a lowly 28% shooting rate from beyond the arc.

Williamson’s case is about as similar as to the young version of Vinsanity as scouts are still unsure how his shooting would improve in the NBA. He is now averaging a very low 19% from deep, a cause for concern among NBA scouts. However, Zion’s incredible versatility on both ends of the floor is just unmatched that it has negated his perimeter shooting woes.
Race for the Zion Williamson sweepstakes

After extending Kevin Love to four more years and having ill-founded hopes of staying in playoff contention this year, the Cavaliers have fired their head coach, traded away Kyle Korver, and changed course to a rebuilding mode this season. They are currently winning the race for the league’s All-Tanking teams, having lost ten straight games. Obviously, they have their sights fixed on Zion, and pairing him with a more experienced, sophomore version of Collin Sexton will be explosive, particularly on the defensive end.

People expected them to stink this season and the Suns haven’t done anything to prove expectations wrong. But there are some positive things to see in the Suns’ first year under new head coach Igor Kokoskov. After a slow start to his rookie year, DeAndre Ayton has finally found his footing and is a walking double-double machine every game. Shooting guard Devin Booker has been flashing impressive potential to be a playmaker, and has grown into an All-Star caliber player despite the injuries that marred his production as of late. The Suns are still on a lookout for a future franchise point guard, but a trio of Zion-Booker-Ayton will be a force to reckon with on offense.

With the focus on rumors saying that Golden State Warriors superstar Kevin Durant is inclining towards taking his talents to New York this summer, the Knicks have been a low-key, strong candidate for the No.1 pick. Make no mistake about it, this current version of the Knicks are playing hard under head coach David Fizdale. But there’s no denying that their level of talent is just measly, costing them a lot of close games. In hindsight, this is definitely a positive thing for New York fans as they have a good chance of landing Zion in the draft. If they get Zion in June, and restricted free agent Kristaps Porzingis agrees to a contract extension, there’s no doubt that they can eventually pry a big name in a very stacked 2019 free agency class.

The Bulls have survived the turmoil of the start of the Jim Boylen era in Chicago, their relentless and excellent team character showing in a tough overtime loss against the Indiana Pacers. Stretch forward Lauri Markkanen and rookie center Wendell Carter Jr have been meshing quite well on the frontcourt, point guard Kris Dunn just posted a career-high of 17 assists, and Zach LaVine is still a brilliant scorer. Of these four front-running teams for the Zion sweepstakes, the Bulls arguably has the most intriguing level of talent to surround the Duke standout.