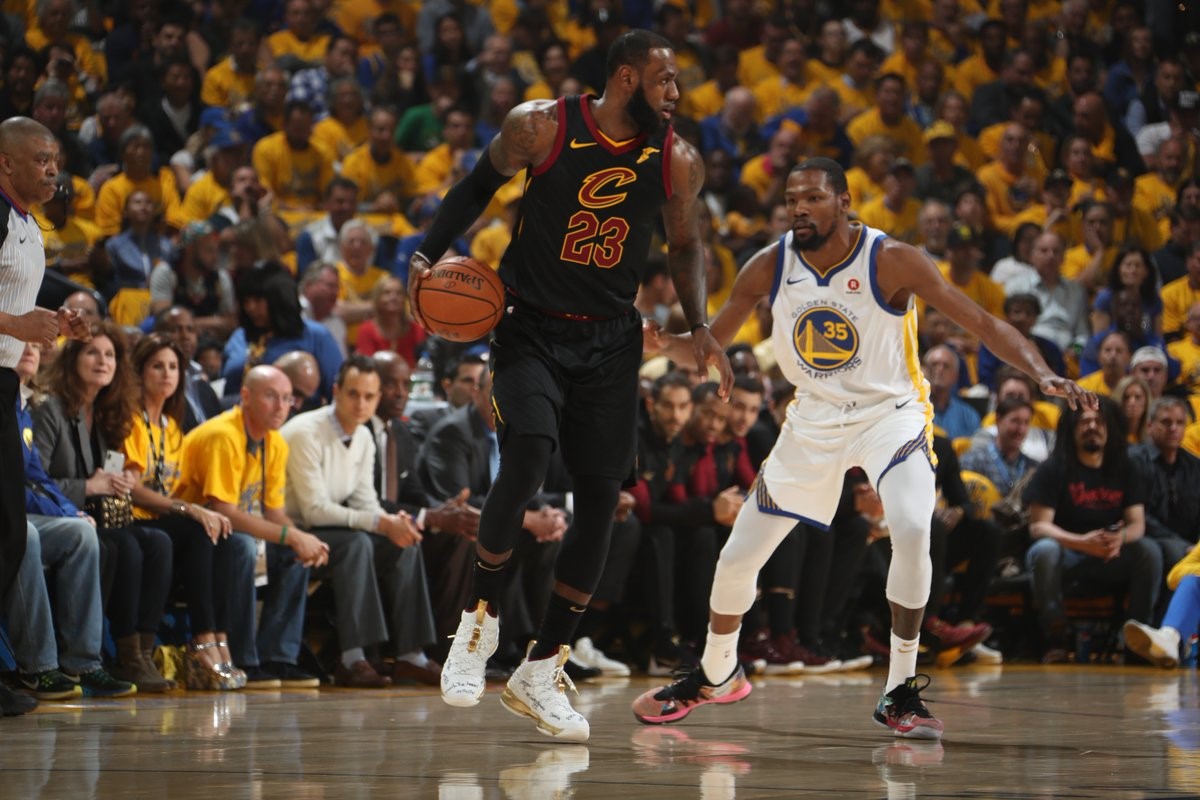 Everyone said that the Cleveland Cavaliers needed to play near flawless basketball for 48 minutes in order to have a chance to defeat the mighty Golden State Warriors. They did exactly that. And then they lost in overtime.

At +650, the Cavaliers opened as the biggest underdog in the NBA Finals in the last 16 years. To put that in perspective, Cleveland was a ‘mere’ +360 underdog when LeBron James made his first NBA Finals appearance against the San Antonio Spurs in 2007. But this season was different. The Cavs traded Kyrie Irving before the start of the season and then overhauled half of their line-up at the trade deadline. From the Cavs’ 2016 title team, only LeBron James, Kevin Love, J.R. Smith, Kyle Korver and Tristan Thompson were on their 2018 Finals roster.

There have been 156 teams in NBA history to have fielded 20+ players in a single season. Only three have made the NBA Finals and those teams are the Cleveland Cavaliers from 2014-15, 2016-17 and from the current season. This year, the Cavs have fielded a total 22 players during the entire season, the most by any team which made the NBA Finals. 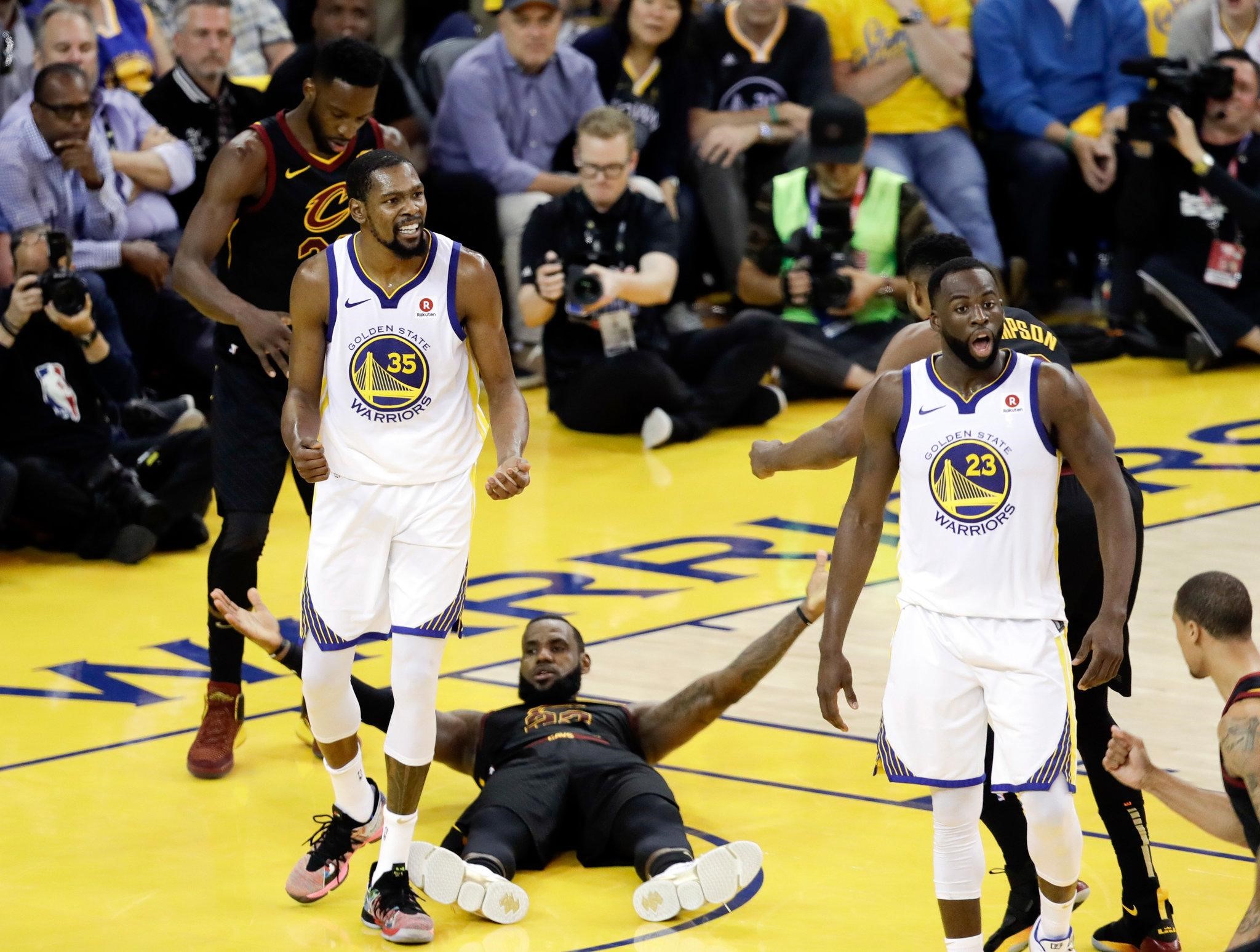 Meanwhile, the Golden State Warriors have kept the core of their dynasty team. But despite that, they finished with only the third best record in the league at 58-24. Still, the Warriors overcame the tough challenge of the Houston Rockets to set up a fourth straight title showdown with LeBron James and the Cavs.

While Cleveland entered game 1 with plenty of new faces, the Warriors opened the 2018 NBA Finals without 2015 Finals MVP Andre Iguodala who has been out with a knee injury since Game 4 of the Western Conference Finals. While not a big scorer, Iguodala is considered an integral part of the Golden State machine and his absence was felt in the last five games of the Rockets’ series where the Dubs needed to win Games 6 & 7 to advance.

Still, the Warriors were heavy favorites to beat the Cavs not only because they have home court advantage but because they obviously have more depth than their Eastern Conference rivals. Not to mention that the Warriors beat the Cavs by a total of 89 points in the first four games of the last two NBA Finals which were also played in Oakland.

History wasn’t also on Cleveland’s side in Game 1. Since 2005, the road team has only been 1-12 in Game 1 of the NBA Finals. Not only did all but one road teams lose Game 1, they lost big. They averaged just 86.3 points per game while the home team averaged 98.4 points per game during that period. Overall, road teams were a -157 in the past 13 Game 1’s.

But the Cavs have LeBron James and while many call the fourth installment of the Warriors vs Cavaliers rivalry as perhaps the most lopsided one, the presence of the best basketball in the planet gives them the slimmest of chances to pull off the major upset.

Chances In The Endgame

King James isn’t just having a spectacular postseason. He may be having the best individual playoff performance of all-time. LeBron James has scored 612 total points in the current postseason. That’s the most by any player in NBA Playoff history prior to the NBA Finals. He is the only player to have played 15 or more games and averaged 30 points, 8.5 rebounds and 8.5 assists per game and is one of 9 players in NBA Playoff history to average at least 30 points in a 15 or more game playoff campaign. James has done it four times and only Michael Jordan ( 8 times ) has done it on more occasions.

For all the lofty expectations, LeBron James delivered a Game 1 for the ages. Cleveland’s King poured in 51 points on 19-32 shooting from the floor, including 3-7 from behind the three point line and 10-11 from the free throw line. King James added 8 rebounds, 8 assists, 1 steal and 1 block. With James playing at his mighty best again, the Cavs had the Warriors where they wanted to.

Cleveland was in control for most of the first half. The Warriors managed to tie the score at 56-all at the half after Steph Curry buried a buzzer beating three pointer from the carpark. The Cavs also withstood Golden State’s third quarter storm, trailing by only six points at the end of three quarters. Then Cleveland poured out everything it had in the final stanza.

Three free throws by Klay Thompson gave the Warriors an 89-82 lead with 9:32 left to play in the game. But instead of giving up, the Cavs rallied to tie the score at 94 apiece. The Dubs threatened to pull away again at 100-94 but King James put the Cavs on his back to give Cleveland a 106-104 lead with 32.1 seconds left in the game. But Steph Curry refused to waive the white flag as he connected on a three point play to give the Dubs a 107-106 lead with 23.5 seconds left to play. 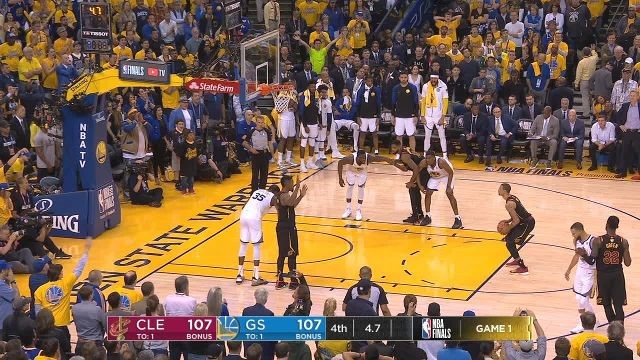 A Klay Thompson foul with 4.7 seconds left made it look like the Cavaliers have pulled off the huge upset. But George Hill, a career 80% free throw shooter, missed the back end of two foul shots. A make would have given the Cavs the lead and put serious pressure on the Warriors. But he missed. And that wasn’t just it.

The Cavs got another chance to steal the game when J.R. Smith collared the offensive rebound. But instead of going for the shot or giving the ball to LeBron James, he dribbled the ball back towards midcourt, perhaps thinking the Cavs had the lead. Instead, the buzzer sounded and the game went to overtime.

The Warriors outscored the Cavs by 10 points in the overtime period. They assisted on each of the five field goals they made in the extra period. The Dubs shot 5-5 from passes including 3-3 from behind the three point line. They also shot 4-4 on uncontested shots while contesting all of Cleveland’s 9 shot attempts in overtime.

As a result, the Warriors escaped with a 124-114 win in overtime to take a 1-0 lead in the best of seven 2018 NBA Finals. Golden State is looking to win it’s third title in the last four seasons and is hoping to make it two in a row against their rival Cavaliers. The Dubs beat the Cavs 4-1 in last year’s Finals. 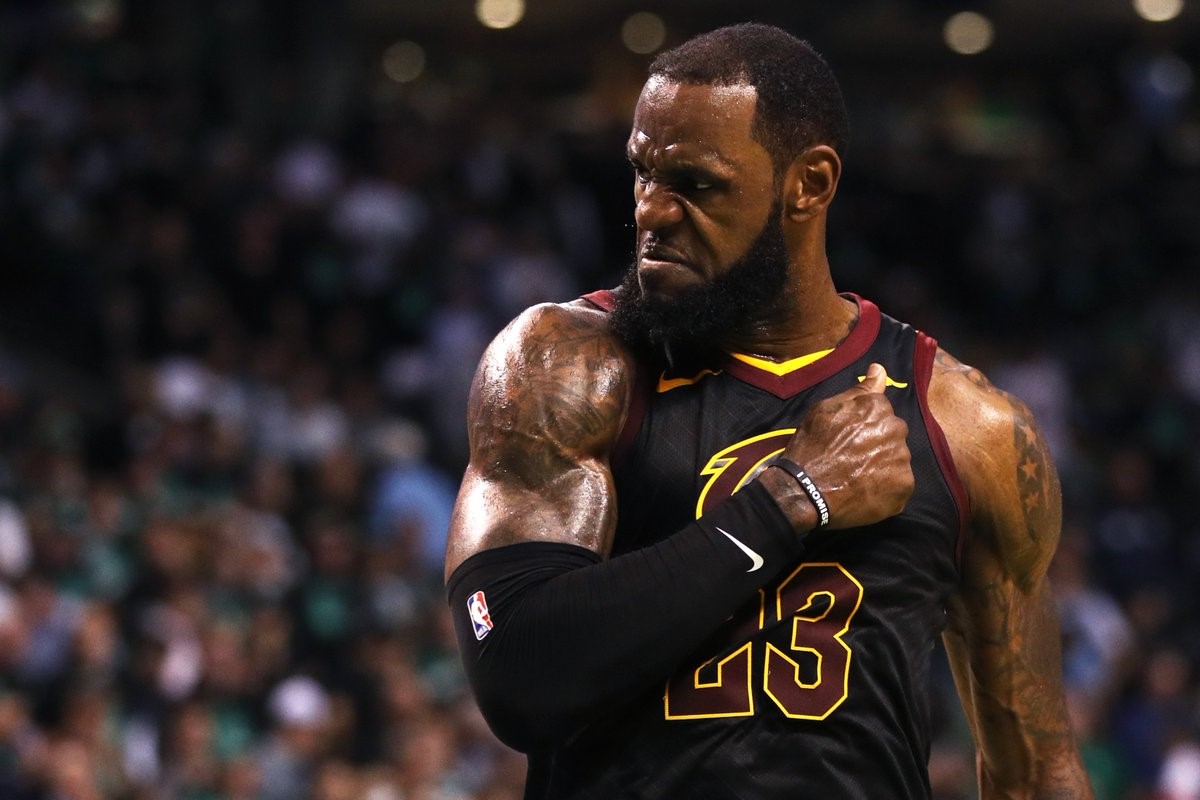 It was a sorry loss for the Cavs who played excellent basketball for 48 minutes and put themselves in a perfect position to steal Game 1 in the endgame but perhaps it just wasn’t meant to be.

With the Cavs up 104-102 with less than a minute left in the game, an offensive foul call on Kevin Durant was reversed to a blocking foul on LeBron James. Durant made two free throws to tie the game at 104-104. Then George Hill missed a free throw and J.R. Smith erred in the final play of regulation. James was held to just two points and without a field goal in the overtime period.

Despite the loss, LeBron James delivered another epic performance. He scored 24 points at the half, his 5th playoff game with at least 20 points in Oakland. He has had more 20 point first halves in Oakland than any Warriors player in the last 20 seasons. He also recorded his 109th postseason game with 30+ points, tying Michael Jordan’s record. It was also his 8th 40+ game of the current postseason, matching the record set by Jerry West in 1965. It was also his 7th 40+ scoring game in the NBA Finals, just three off West’s record of 10.

With 51 points, James becomes only the 6th player in NBA Finals history to score 50 or more points in a championship game. He is also the first to do so since Michael Jordan in 1993. But James is also the first player to lose a Finals game while scoring 50 or more points. King James is now 1-8 in Game 1 of the NBA Finals with his only win coming in 2011 against the Dallas Mavericks.

Incredible as he played, we know that LeBron would rather trade all those accolades to steal one from the Warriors. The Cavs try to claim home court advantage as they visit the Dubs again in Game 2 on Sunday.