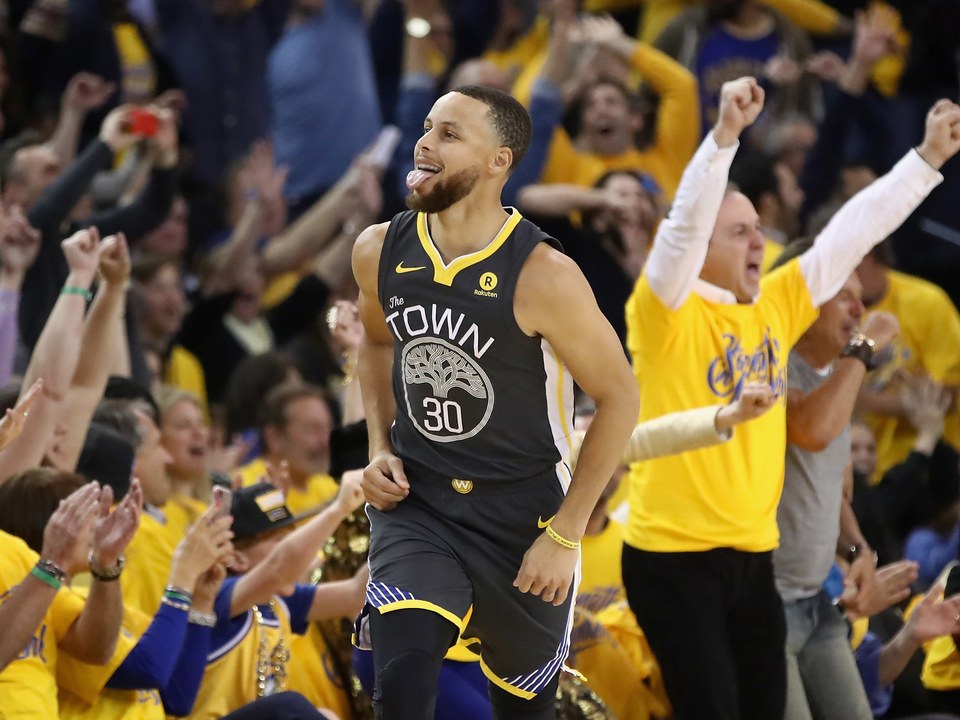 Game 2 of the NBA Finals: Warriors Take 2-0 Lead As Curry Heats Up From Deep

The Golden State Warriors continued their mastery over the Cleveland Cavaliers as the defending NBA champions routed their Eastern Conference rivals 122-103 in Game 2 of the 2018 NBA Finals to take a 2-0 lead as the series moves to Cleveland for Game 3 on Wednesday night.

Golden State’s Big Three led the way, scoring a combined 79 points as they continued to pour in the points against the Cavs who are obviously offensively handicapped against the high powered Warriors’ offense.

The Warriors continued to miss the services of 2015 Finals MVP Andre Iguodala who has been out with a bone bruise in his left knee.

Despite suffering a high left ankle sprain and being a game-time decision, Klay Thompson started Game 2 for the Warriors. Thompson suffered the injury when he was accidentally undercut by J.R. Smith during a scramble play in the first quarter of Game 1. By suiting up in Game 2, Thompson now has played 100 consecutive playoff games, the all-time longest streak by any member of the Golden State Warriors franchise.

Playing with pain, Thompson finished the game with 20 points on 8-13 shooting, including 3-8 from behind the three point line in 34 minutes of floor action. Thompson also added two rebounds, one assist and one steal for the Warriors.

Thompson barely practiced on Saturday and was seen at the Oracle Arena walking with a noticeable limp but the injury was hardly a factor on Sunday night as Klay notched his fourth 20+ scoring game in the last five playoff games. He has now made 24-46 three pointers in his last 5 games. 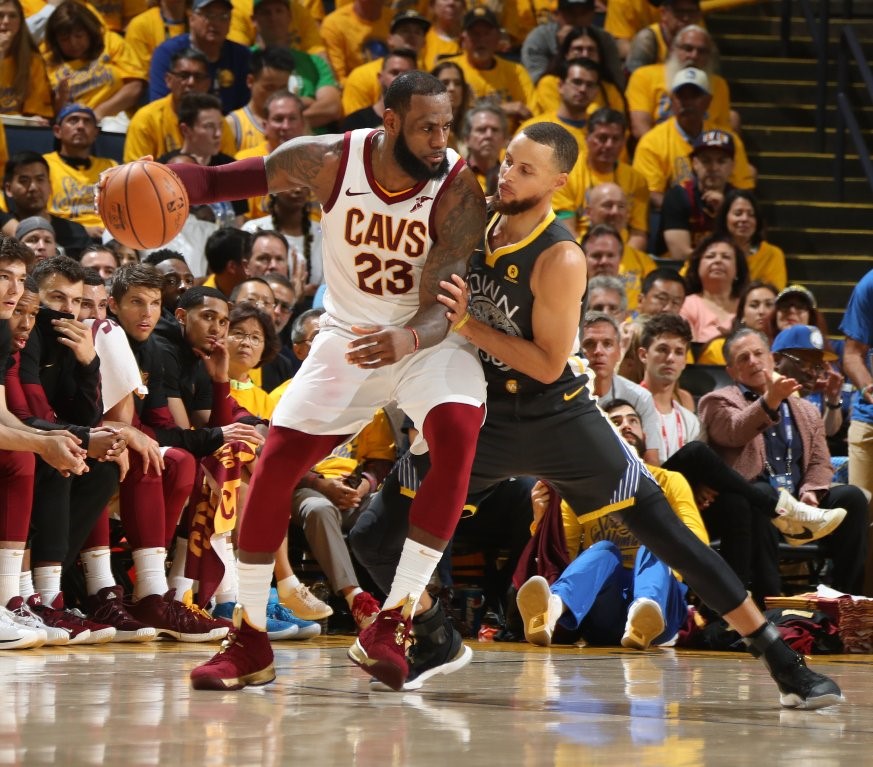 LeBron James led the Cavs once again with 29 points on 10-20 shooting including 2-4 from the three point area. James also had 13 assists and barely missed a triple double with 9 rebounds. King James also finished the game with 1,327 career points in the NBA Finals, passing Kareem Abdul Jabbar for at second place for most points scored in NBA Finals history. James now only trais Jerry West who scored a total of 1,679 points in the NBA Finals.

Including his 51 point outburst in Game 1, LeBron James now has scored a total of 80 points through Game 2 of the 2017 NBA Finals. That’s the fourth most points by any player in Finals history after two games played. He now has two of the top four spots in that record as his 83 point two game total in 2015 is tied with Shaquille O’Neal’s 2000 aggregate. Jerry West’s 94 in 1969 stands as the NBA record for most points scored in the first two games of the NBA Finals.

James played with a bloodshot left eye which he suffered from an accidental eye poke by Draymond Green during the first half of Game 1. James had been taking antibiotics and using eye drops on his eye since Game 1 to help relieve the minor injury. More than the eye though, it was his teammates’ inability to make their three point baskets that has hurt the Cavs in the finals. 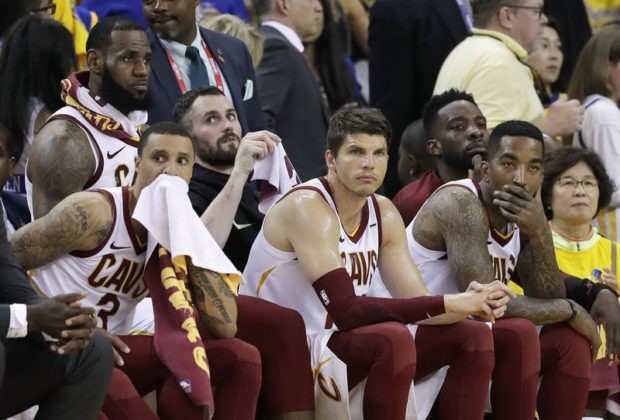 Kevin Love had another good game with 22 points on 7-18 shooting, including 3-8 from behind the three point arc. Love also added 10 rebounds, 1 assist, 2 steals and 1 blocked shot. But outside James and Love, the Cavs had a hard time finding people to score points for them. George Hill scored 15 and Tristan Thompson added 11 but against a juggernaut offensive team like the Warriors, those weren’t enough. The Dubs had five players in double digit scoring including three with at least 20 points each.

While the Cavs struggled with the three ball, two-time MVP Stephen Curry was cooking from downtown. Curry matched the entire Cleveland team’s three point output with 9 three pointers made. Chef Curry set the record for most three pointers made, breaking the previous record of 8 set by Ray Allen. His 17 three point attempts in Game 2 also broke his own mark.

James outgunned Curry in Game 1 but on Sunday night, Chef Curry outdueled King James as the two traded big shots again. Curry finished the game with 33 points, 7 rebounds and 8 assists as he dazzled the Oracle Arena with his impeccable touch from the three point area. With Curry unstoppable, the Golden State offense looked invincible. 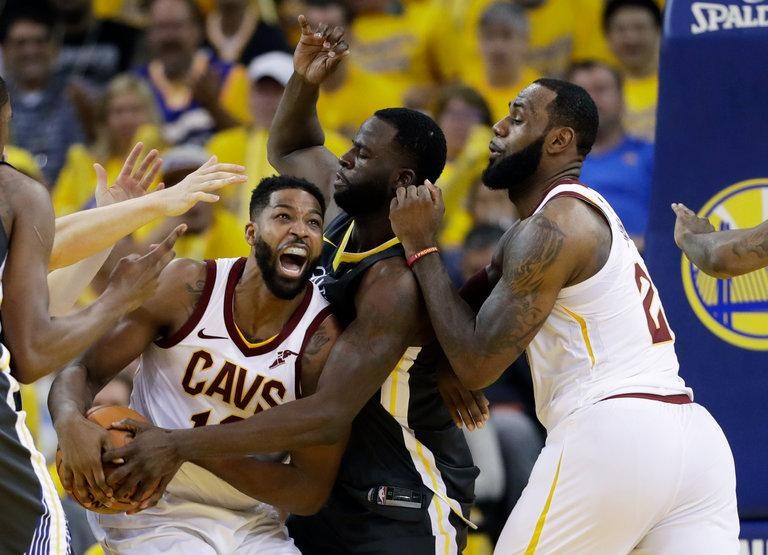 The Warriors’ third quarter storm has been their main weapon against their opponents during this postseason. Up to the end of the Conference Finals, the Warriors outscored their opponents by an aggregate 130 points. That’s the highest point differential in any single quarter by any team in the shot clock era.

But the Cavs have calmed that storm in the 2018 NBA Finals. In Game 1, the Cavs kept the game close by losing the third quarter by only six points. On Sunday, the Cavs even played a better third quarter by outscoring the Dubs 34-31. But the Warriors outscored the Cavs by 9 points each in the second and fourth quarters, thus the blowout.

Cleveland played flawless basketball for almost the entire 48 minutes of Game 1 and that forced the Dubs to an overtime period. But in Game 2, the Warriors led from start to finish and never trailed at any point during the game. The Dubs have now beaten the Cavs 13 times in the NBA finals but this was the first time that the victory was wire to wire. 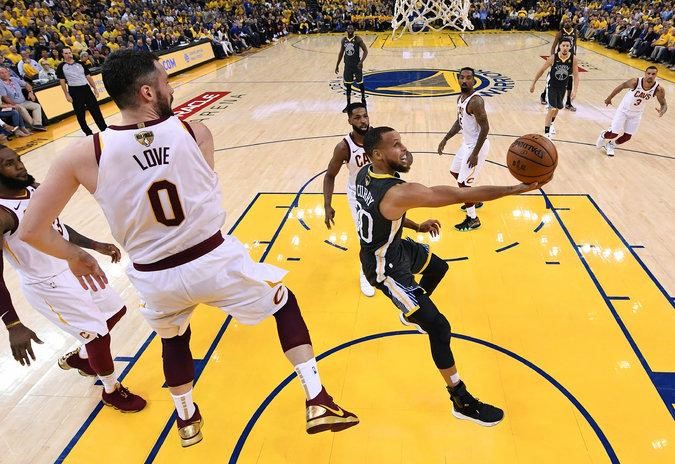 Teams that lead 2-0 after the first two games of the NBA finals have gone on to win the series in 29 out of 33 instances. But don’t tell that to the Cleveland Cavaliers who are the last team to come out of a 0-2 hole to win the NBA title.

Don’t forget that the Cavs trailed the Warriors 1-3 in 2016 and they went on to beat the Dubs in a deciding 7th game. But yeah, Kyrie Irving was still with Cleveland back then and it was he who hit that dagger three point basket in Game 7.

Still, the Cavs have to feel good about going home for Game 3. That’s because the Warriors don’t have a good road record in the NBA Finals. Historically, the Dubs are only 4-4 in the championship series since 2015. Despite having a high powered offense, the Warriors have averaged just 104.0 points on the road in the NBA Finals while allowing the Cavs to score an average of 107.1 points per game.