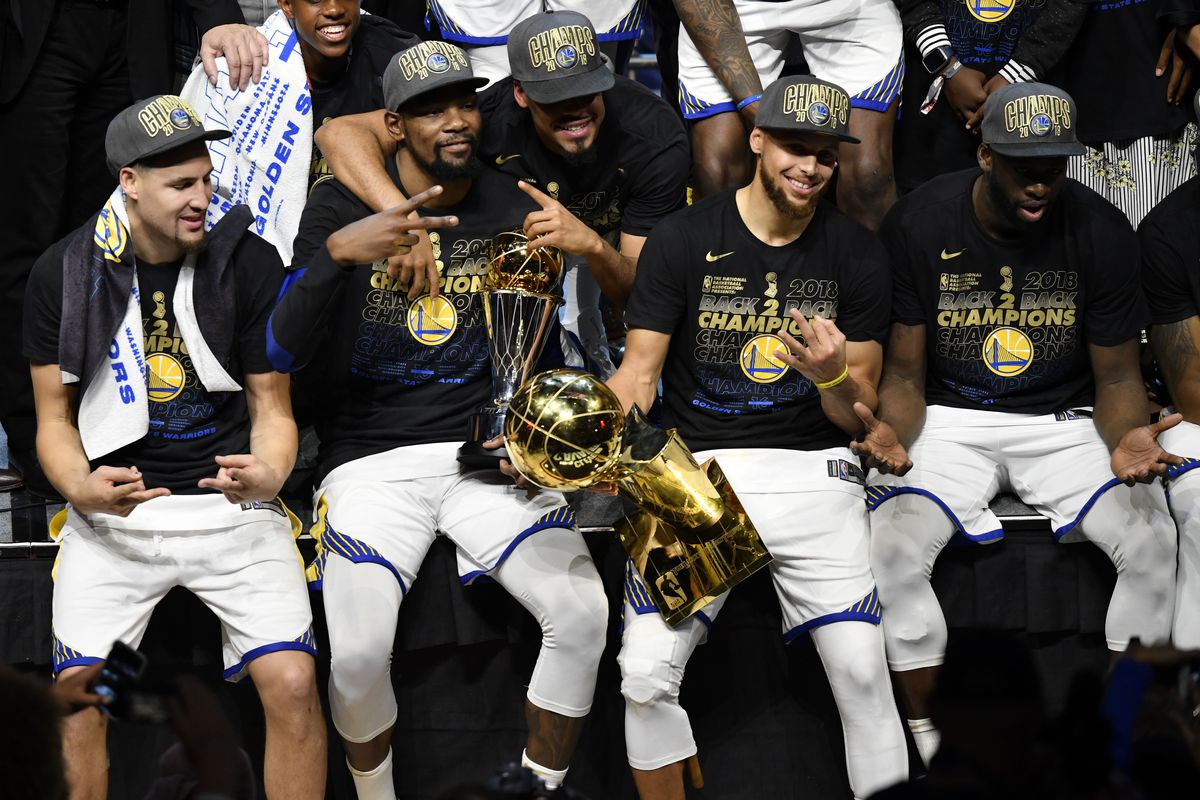 Game 4 of the NBA Finals: Warriors Finish The Job, Sweep Cavs in Cleveland

There will be no comebacks again this year. In fact, there wasn’t even a single victory for the Cavaliers this time around as the Golden State Warriors shot their way to a 108-85 rout of the Cleveland Cavaliers in Game 4 of the 2018 NBA Finals. With the win, the Warriors have won back to back NBA titles and their third in four years.

The Warriors had broken the Cavs spirit by handing them a 110-102 defeat in Game 3 in Cleveland. Some said the Cavs wouldn’t go out without a fight and would still win Game 4 but more than their desire to get on board, it was Golden State’s want to cement their legacy as the NBA’s newest dynasty that prevailed.

We could have talked about stats and numbers but Game 4 came down to who wanted it more. The Cavs had hoped to avoid becoming only the 9th team in NBA finals history to be swept in the championship series. The Warriors meanwhile wanted to end the series in Cleveland and claim their most dominant win over the Cavs in three champiosnhip runs.

Stephen Curry rebounded from an off shooting night and Kevin Durant provided key baskets for the Warriors. On the other hand, LeBron James played one of his worst games of the 2018 NBA playoffs and it couldn’t have at a worse time. But after the Cavs lost Game 3, it looked like the Warriors already claimed their spirit and the Cavs played like they had nothing to win for in Game 4. The Warriors took advantage and pounced on them like a wounded prey. 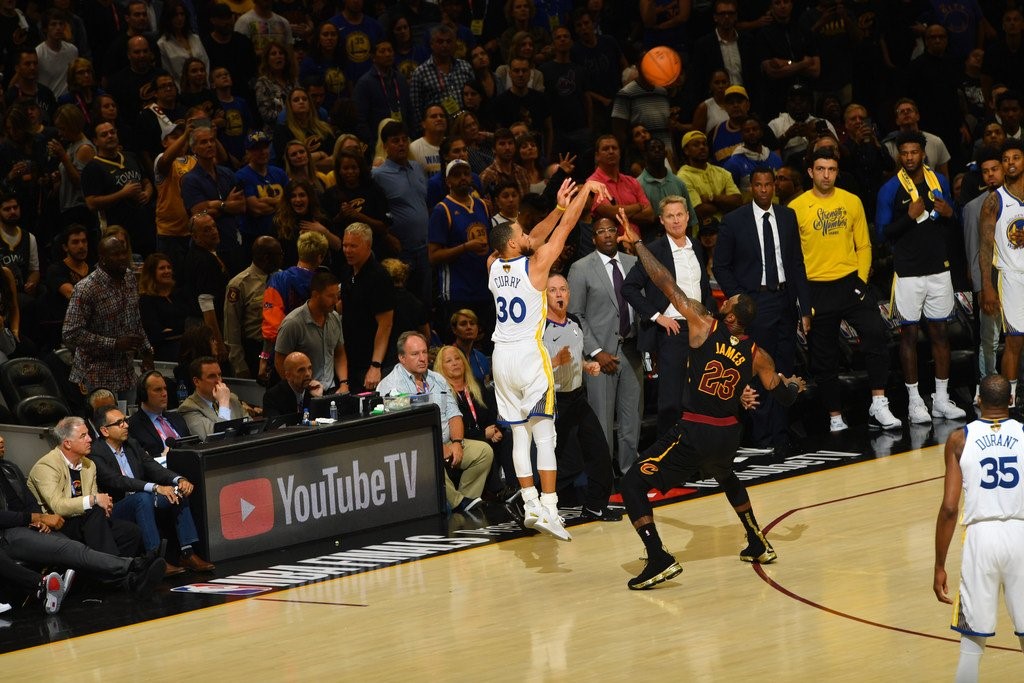 With their third NBA title in four years almost a lock after winning Game 3, the more exciting contest in Game 4 was the one between Kevin Durant and Stephen Curry. Both Golden State gunners went neck to neck in the battle for the 2018 NBA Finals MVP award.

Curry averaged 31.5 points per game in the first two games of the series and also made a Finals record of 9 three pointers in Game 2. But it was Durant who came up with a heroic 43 point effort in Game 3 when both Curry and Klay Thompson struggled. Durant also put Game 3 away with a killer thirty foot three pointer with less than a minute to play.

Curry started out hot for the Warriors in Game 4 and he finished with 37 points, including 7 three pointers made. But Durant also had an excellent game, recording his first NBA Finals triple double with 20 points, 12 rebounds and 10 assists. When all was said and done, it was Durant who got the nod and was named as Finals MVP for the second straight season.

Durant thus becomes only the sixth player in NBA history to win Finals MVP in two consecutive seasons. He joins Michael Jordan ( twice ) , Hakeem Olajuwon, Shaquille O’Neal, Kobe Bryant and LeBron James as the only players to do so. Durant also broke Curry’s Warriors’ record for most points in a single postseason with his 7th point of the game. 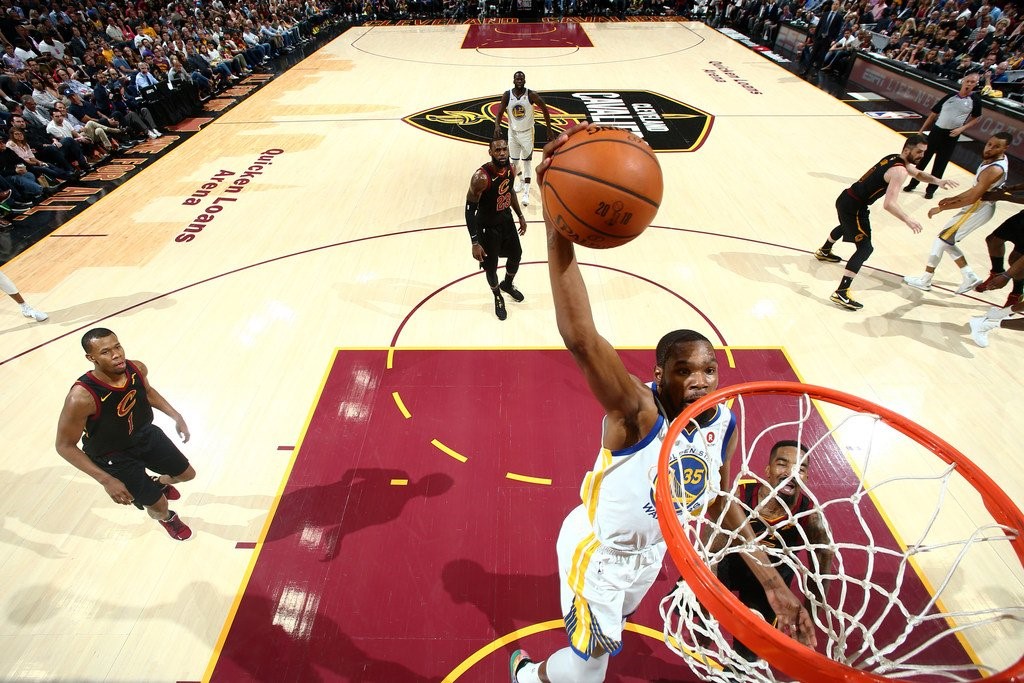 With the win, the Warriors joined the Boston Celtics, Los Angeles Lakers and the Chicago Bulls as the only four team in the history of the NBA to win three NBA championships over a four year period. The Warriors also won their 6th NBA title in franchise history, putting them in a tie with the Chicago Bulls for third most in NBA history behind the Celtics and Lakers.

The Dubs outscored the Cavs by 8 points in the 3rd quarter of Game 4. Throughout the entire postseason, Golden State has outscored their opponents by +153 points in the third quarter. That’s the largest quarter differential by any team in the playoffs during the shot clock era.

Overall, Golden State outscored their opponents by 210 points during the 2018 NBA Playoffs. That’s the third most point differential in playoff history. The Warriors also own the #1 item on that list, as they outscored their opponents by +230 points last season. With two of the most dominant postseason runs ever, the Warriors have established themselves as the newest dynasty in the NBA.

Digging Their Own Grave 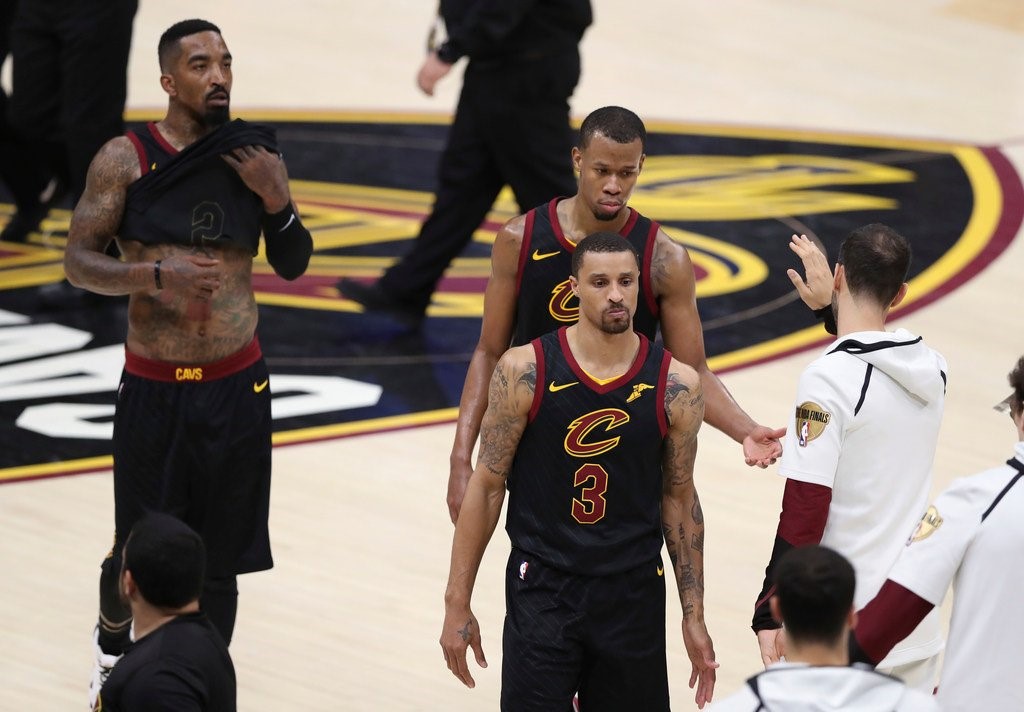 Cleveland dug their own grave. The series could’ve easily been 2-1 in their favor heading to Game 4. Games 1 & 3 were very much winnable for them but as fate would have it, they fell apart in the end game in both games. Or maybe the Warriors were just too much for them, were they?

Down 0-3 was like a death wish. No team has ever come back from that deficit to win a best of seven playoff series.Teams down 0-3 are 0-131 overall in the playoffs and 0-13 in the Finals before Friday night. Now it’s 0-132 and 0-14, respectively. The 2018 Cavaliers are now part of those statistics.

The team could not provide LeBron James with the enough support he needed to topple a super team like the Warriors. Sure, Kevin Love had a fantastic finals with three 20-10 performances in four games. But after him, Cleveland couldn’t find a consistent third scorer.

Reserves shooting guard Kyle Korver made only one field goal in four championship games for the Cavs and was a non-factor in the series. Korver averaged over 14 points for them in the Eastern Conference Finals when the Cavs swept the top seeded Toronto Raptors. 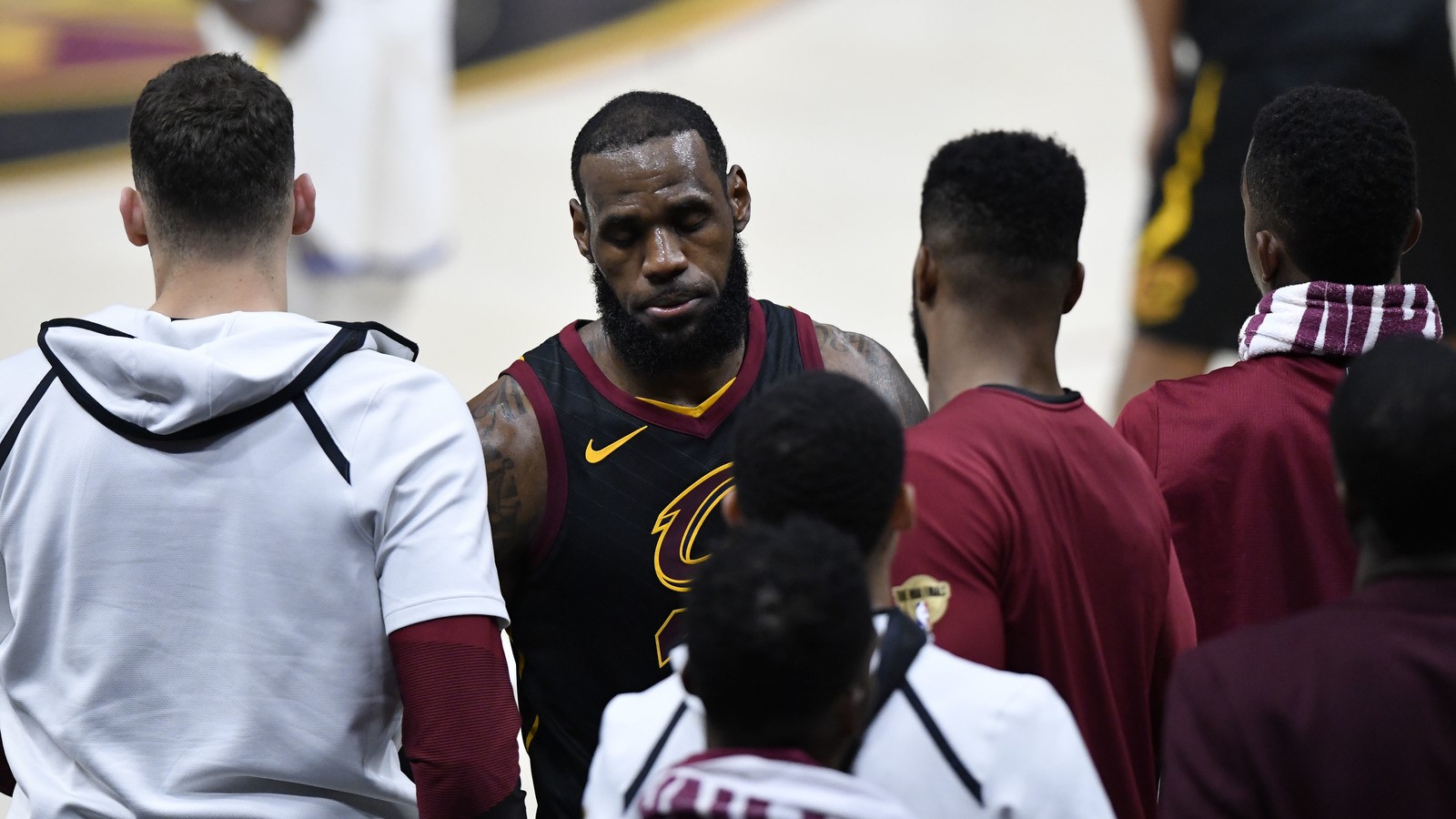 As for LeBron James, he probably set at least one record after every playoff game he played in the 2018 Playoffs. The 2018 NBA Finals games weren’t any different. But after losing Game 4, King James entered the record books in a manner he hoped he’d not.

Likewise, James now has lost six NBA Finals. That’s third most in NBA Finals history for players who played at least one game in each Finals. Jerry West leads that group with 8, Elgin Baylor is next at 7 and then LeBron just overtook Larry Foust at number three with his sixth. James’ sixth is also the most Finals losses by a former MVP.

When the final buzzer sounded, James left the court ahead of everybody else. It was a strange scene because his teammates were still congratulating the Warriors on the floor. James did however, congratulate the Dubs’ players on the court when he left the game for good in the fourth period. Whether that meant something or not, we’ll find out in the coming weeks.

James could be a free agent this summer and as such, he is expected to be courted by several teams, including playoff contenders like Houston, Philadelphia and even Miami. He may have played his final game as a Cavalier at the Quicken Loans Arena. However, he told reporters at the post game interview that he isn’t thinking about that yet.

What he revealed however was a ‘self-inflicted’ injury to his right hand, which was in a cast when he showed up for the post game interview. James told media that he suffered the injury after punching a white board after Game 1 and out of frustration.

Nobody can blame him, not after his herculean 51 point effort went for naught after a missed free throw by George Hill and a mental blunder by J.R. Smith. But if J.R. Smith has been unfairly pointed at as the reason why the Cavs lost Game 1, then did LeBron shoot himself in his own foot by self inflicting a broken hand that he played with for three games in the Finals? But that isn’t the big question for the Cavs right now. The King-sized question is where will James play next season. Cleveland can only hope he stays.