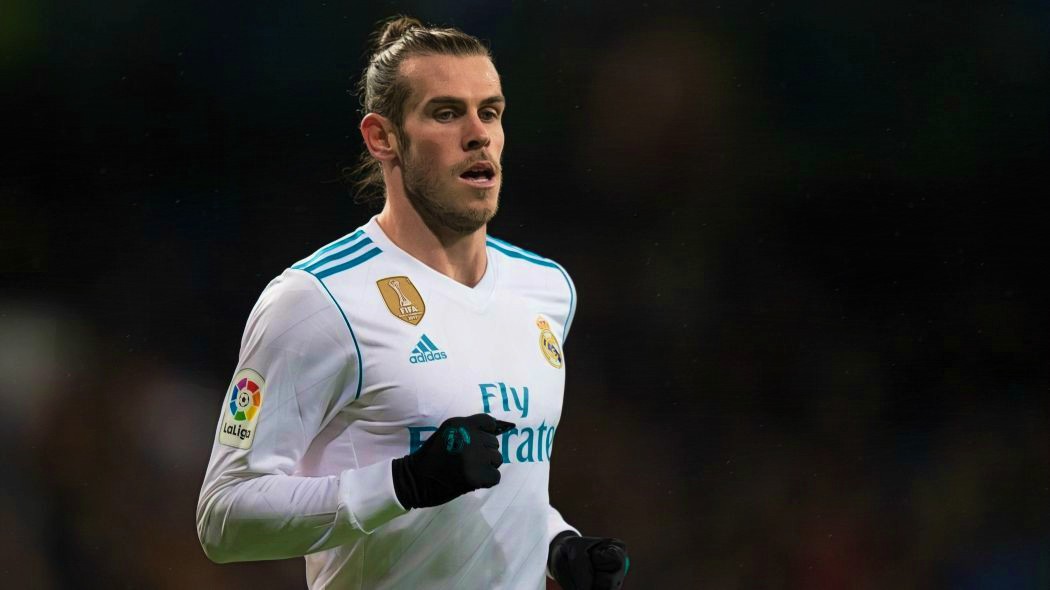 Gareth Bale: From Zero to Hero

Gareth Bale, who is considered as one of the best wingers in the world is one example to draw inspiration from. He swooped the world with his ground-breaking strikes, precise attacks, and unfathomably jaw-dropping follow-throughs. Indeed, he’s going to be remembered as a legend of the sport.

However, every successful story has its humble beginnings, and Bale isn’t stranger to that. His successes in Southampton, Tottenham, and Real Madrid are the fruits of his hard work and passionate dedication to the sport.

What was once a skinny young lad has turned into one of the finest footballers of our generation. Now, let’s take a look back at his career and see how this Welshman got himself in the ranks of the stars.

Start of his career

All these started in the Championship where he was given a chance to start for Southampton. He got a lot of critics back then, and they’re not to blame because of his skinny and seemingly flimsy stature. Frankly speaking, Bale was dogged with a couple of fitness problems in his early days.

However, he snubbed all these as his aspirations are bigger than his own physical limitations.

One of the people who had the biggest impacts on his career was Sam Warburton whom he played football with in Whitchurch High School.

Warburton’s path was different though as he pursued the sport of rugby. He even became the captain of Wales’ rugby team. Warburton inspired Bale to lead the athletic lifestyle.

A few years have passed, and Bale developed skills which were enough to get the attention of Southampton scouts. Soon after, he became one of them. Things changed pretty fast since then as he became the second youngest player to play in the club.
He was still 17-years-old when he first tasted sweet success. His left-back role proved perfect for him as it was where he developed his own signature free-kicks which were often done in stylish form.

He could even do them precisely even if he was flocked by a barrage of opponents. Still, he thrived and became one of the VIPs in Southampton. As a testament to his extraordinary skills, Bale won the Football League Young Player of the Year award.

His senior year at Southampton propelled him to greater heights as it was his stepping stone to success. The Welsh national football club sought the youngster, and after a speedy negotiation, he became the youngest player to play for Wales.

The Trinidad and Tobago match was one of his most memorable games as his assist to Robert Earnshaw resulted to a winning goal. It was also the time when the agents of Europe’s biggest clubs included Bale in their transfer radars.

Five months later, Bale made another record as he became the youngest Welsh goal scorer thanks to his signature free kicks. The media quickly took notice of his potential. Some even compared Bale to the Manchester United hero Ryan Giggs.

Bale’s career didn’t start out smoothly, but he still managed to survive despite the odds against him. It turned out that his challenging beginning molded him to be ready for what lies ahead of his career.

Joining Tottenham was the career break he’s been waiting for. Playing for top-flight football had been his dream since his high school days. Yes, he’s a confident young man, but he still hasn't seen the reality of the sport.

That’s what slowed down his progress as Tottenham proved too much for his tender experience. Things started fairly smoothly for him as he scored a free kick on his first Wembley stadium game.

Unfortunately, his body wasn’t primed up for the abuse that he was about to go through. The Premier League was every Englishman’s dream, but competitively playing in the competition is no easy task — and Bale experienced that first hand.

Fitness problems boggled him up, and in the process, led to his first injury. To make things worse, he missed the Spur’s final Premier League victory because of his injury. Two grueling years have passed, and it seemed like there was no hope for him to shine in the club, lest in the league.

Good thing the tides changed and his performance improved drastically in just a short expanse of time. He was merely an attacking passer before, but at the start of his third season, he changed his game and became a more aggressive swinger.

The 2009-10 season was a game changer for him. Because of this, the then 20-year-old was linked with numerous transfer rumors. Birmingham City and Nottingham Forest were some of the clubs involved.

One of Bale's most memorable moments was when he drew and won two consecutive Champions League games. What made it even more remarkable is that it was their opening games — minimal preparations, adjusting line ups, and raw gameplays.

It was hard for a youngster to achieve such a milestone considering that he was plagued with fitness issues in the previous seasons. Inter was the reigning champions that time, but still, Bale and crew tore Inter Milan apart.

It was a huge upset for the young stud thanks to his hat-trick that came from nowhere. Even Maicon Sisenando who’s regarded as the world’s best right-back experienced Bale’s on-field brilliance first-hand.

Inter Milan had a 4-0 lead that time, but the Spurs managed to catch up, of course, with Bale’s help. Renowned football manager Harry Redknapp is one of the people who commended Bale’s rare talent.

In an interview, the 71-year-old said that Bale has everything and that makes him very valuable. It was only one of the many praises that the Welshman received from then on. And since then, Bale transformed from an average swinger into becoming one of the world’s most formidable footballers.

Gareth Bale’s improvement was unstoppable. He proved that he belonged to the elite footballers game after game. The result? Europe's top clubs clamoring to get the swinger.

It turned out that the club that has succeeded in acquiring Bale was Real Madrid.
The transfer was completed on Sept. 2013, which was the time when Cristiano Ronaldo started to enter his peak career. It was also the first time when Ronaldo was hailed as the best footballer of our generation.

However, that description wasn’t recognized by everyone as Lionel Messi and Gareth Bale also deserved the title. Funny as it seemed, but Bale indeed managed to include himself in the top-elite class.

But then again, he still deserved it as his transfer from Hotspur to Real Madrid cost £85 million, making him the world’s most expensive player.

It wasn’t an easy transfer though as Ronaldo wasn’t too cool with it. Also, playing side-by-side the arguably best footballer puts tremendous pressure on him. And it’s not just about the bigger stakes, but his legacy also hangs in the balance as he will be playing under the Portuguese’s shadow.

In one report, Bale said that he was unsure if his decision to leave Wembley stadium is right because he felt settled at Wembley. It was also the club where played the best football of his career so far. He also noted that six years of playing great football was enough for him to continue with his career and achieve more milestones.

Transformation into a global icon

It turned out that his doubts about transferring were right as his first season with Los Blancos wasn’t too good. He failed to meet the fans’ expectations, which is totally expected knowing that Ronaldo is the star of the show in Bernabeu. Despite it, he pushed himself to adjust to the new environment.

Good thing that he felt settled with his new mates at the start of his second Real season.

It was the 2014 Copa del Rey final. A Ronaldo-less Madrid faced Barcelona with scores locked at 1-1. Los Blancos were the clear underdog of the game and Lionel Messi grabbed the opportunity to get the trophy while Ronaldo was on the bench.

Messi proceeded with an attack deep inside Real’s penalty area. Unfortunately, the flow broke down and Bale commandeered the ball. The then 25-year-old remembered that he'd got a special talent in running.

It was reported that he could run 100 meters in just 11.4 seconds when he was only 14-years-old. The memories might have passed through his thoughts, and in turn, fired him up to finish the attack the Bale way.

Gareth became the stuff of news headlines from that moment on, and his rise to fame became unstoppable.

It was what real players do — “score big goals in big games,” he said. It wasn’t the only time he made such an acrobatic feat, though.

A few months after, Real faced their rival, Atletico Madrid. It was the Champions League final and Sergio Ramos made a late header pushing the clock with extra time. Bale went on with the offense and scored a game-breaking goal, crushing Atletico with a 4-1 Los Blancos victory.

By the start of their Euro 2016 campaign, Bale had already won two Champions League titles. His meteoric rise to stardom can be compared to a rags-to-riches story. What was once an injury-laden lad had now turned into an unstoppable offensive power.

Bale led Wales to the forefront of European football and went beyond everyone's expectations. They dominated Group B and put England below them. The Dragons also knocked out Northern Ireland and the mighty Belgian arsenal in the quarter finals.

Gareth Bale even carried his nation on his shoulders when his on and off-field buddy, Aaron Ramsey, was suspended for the semi-finals. They failed afterward after being crushed by Ronaldo and co. Nonetheless, Bale had already cemented his place as one of the greats.

However, Bale’s career isn’t a bed of roses even until recently. His last few years at the Bernabeu was laden with injuries that he even had to be placed on the bench during their faceoff against Juventus in last year’s Champions League final.

It might be kind of disappointing for him, but injuries are common in the sport. No doubt he’ll recover back to his former glory. Good thing that his past few games show great improvement on his part, which is why Real chief Florentino Perez wants the Welsh star to stay at the Bernabeu stadium.

Calf problems have derailed Bale early this season, which made him miss big matches. Because of this, people thought that he’d be heading back to the Premier League. However, all these rumors have no strong basis as he is still primed up to close in on Barcelona in La Liga.

The Barcas might already be the champions, but they still have a chance to take the second spot from Atletico Madrid with the few remaining games.

Also, Bale had renewed his contract with Real Madrid last year. He’s currently locked to the team for four years for a whopping £600,000 weekly. That equates to around £110 million in four years.

Gareth Bale serves as a great example for aspiring football players as he showed that he could defy the odds even if it seemed like there was no hope.

Hopefully, he continues playing at the highest level possible. If he does, then there’s no doubt that he’ll be cemented as one of the legends in the sport, together with Pele, Beckham, Messi, and Ronaldo.