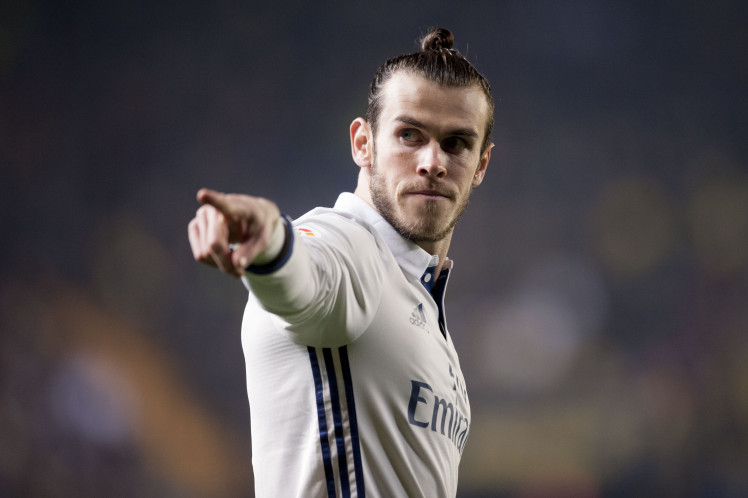 Welsh footballer Gareth Bale first showed hints of greatness while competing in six-a-side tournaments for Cardiff Civil Service Football Club at age nine. He became an even more irrepressible athlete when he attended Whitchurch High School, where he excelled in hockey, football, and rugby. A former PE teacher named Gwyn Morris had to impose new rules to one-touch football because if not, Bale would easily dominate the games given his remarkable skills. One of those prohibited him from using his now infamous left foot.
Gareth has been making waves in the football world since having his professional debut at the age of 16, and has always been praised for his crossing ability, speed, and of course, his superhuman left foot. He currently plays for Wale’s national football team as well as for Real Madrid, and is one of the highest paid athletes in the world. Gareth has definitely come a long way, and he only keeps getting better each season!

Someone’s football career just cannot last forever, so it is important for players to invest their earnings to profitable ventures while they are still at the peak of their careers. This will make them financially stable even after they have decided to retire from the field. Gareth, who is one of the richest athletes in the world right now, handles a couple promising businesses. He has put up a company called Primesure Limited, which takes care of all his professional affairs. The athlete shelled out his entire image rights fortune amounting to $16 million to make it happen. He owns 60% of it, while the remaining 40% is owned by no other than her mom and dad. It was reportedly Gareth’s way of saying thank you to his doting parents, who supported him since the very start of his career.
The guy has also recently partnered with Brains for a sports bar called Elevens Bar & Grill, which will open late spring or early summer this year in Cardiff, Wales. It will replace a favorite pub in Castle Street, the Dempsey’s bar. In a recent interview, Gareth confessed that it has always been his dream to open a sports bar where people can gather and watch major sporting events together. Sounds fun!

Just like his equally successful peers, Gareth also owns a number of luxury cars. He has an Audi R8 Spyder, an Audi Q7, a Mercedes Benz SLS AMG, and a Mercedes Class C63 AMG Coupe to name a few as he probably got a lot more. He also owns a super fancy Lamborghini Aventador Roadster, which he does not probably use anymore. Why? He was advised to stop riding the low-slung automobile as it strains his hamstrings way too much.
Obviously, Mr. Bale also has mansions. One of his most famous homes is a property in La Finca, one of the most exclusive, most expensive areas in Spain. It has seven modish bedrooms, a sports room, a swimming pool, a massive parking lot, and a tennis court. The price tag? A little less than $3 million! Gareth probably fell in love with the village as it is a very private place that paparazzi cannot even get close to the celebrities who live there. There are security cameras along the road, and each entrance gate has a guard post. The houses are hidden from the public street by giant metal fences standing up to eight feet.
Another one of his mansions is located in Vale of Glamorgan in Wales. This is where he reportedly tried to replicate three famous holes in the world as Gareth is one massive golf fan himself. So, just imagine the total size of the whole property if a three-hole golf course is going to be done in there. Whoa!

Gareth is one benevolent, selfless human being. Over the course of his career, he has participated in fund raising events and charity works, putting into good use his worldwide prominence. He once helped a scout group in Cardiff to buy their headquarters, which required them to shell out $300,000. Also, he did actively support a campaign called “Raise Your Hands for Luca”, which had the goal of raising $1.9 million to help a young boy named Luca Williams from South Wales who lost his legs to severe meningitis. The funds would help him get his own pair of prosthetic legs.

Can't wait to play with this badge on our @realmadrid shirts! What an achievement by the whole team. #NeverFollow #HalaMadrid