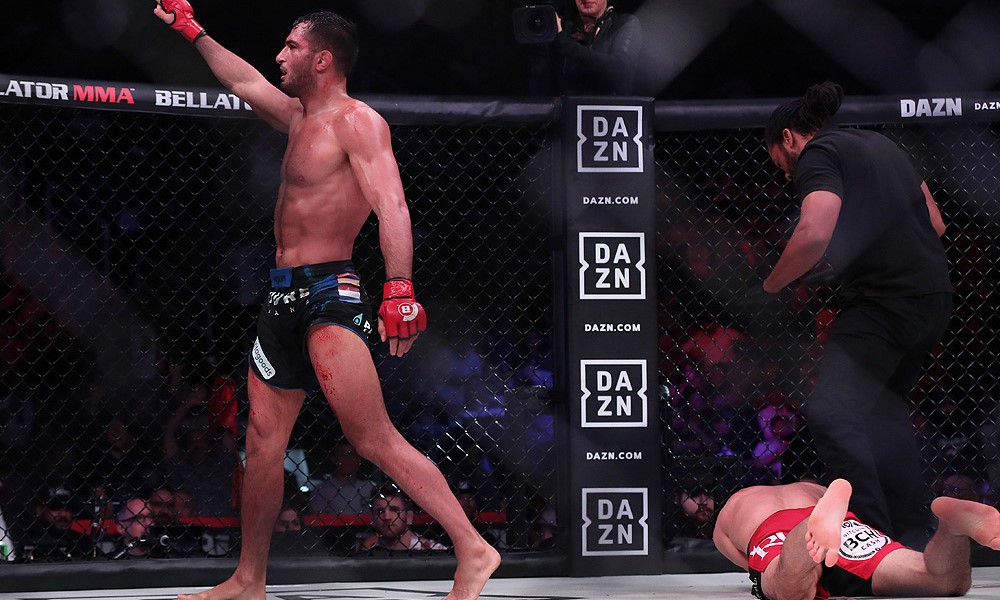 It was a blockbuster fight on paper. Champion taking on champion in the first superfight in Bellator MMA history.

Still, many gave MacDonald a good chance of winning. Not only is the Canadian one of the best technical fighters in the game, he is one of the toughest and baddest men in the planet. However, at the end of the day, size mattered. 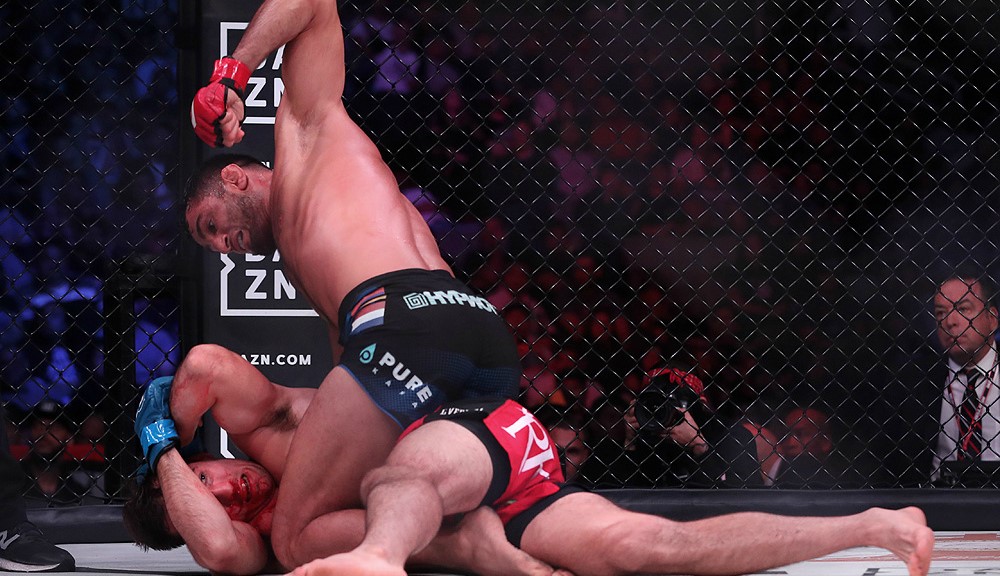 Although MacDonald managed to surprise Mousasi a couple of times, the fight was pretty much one-sided. The Red King landed several overhand rights but Mousasi merely walked right through them without taking significant damage. It was even surprising to see that the much bigger Mousasi looked a lot quicker than MacDonald in their striking exchanges. Mousasi frequently popped MacDonald’s face with a stiff jab and consistently battered the Canadian’s lead leg with low inside leg kicks.

So when MacDonald figured in the second round that he needed something big to turn the tide, he tried an Imanari roll which was beautifully anticipated by the champion. Mousasi held his ground and ended up in top position. Sensing he had MacDonald trapped, Mousasi unleashed a vicious ground and pound that began to bloody the challenger. Ultimately, Mousasi secured full mount and that was the beginning of the end for MacDonald as the bigger and heavier Mousasi was just too much on top of him.

Unable to escape, MacDonald tried desperately to grab Mousasi’s torso but the champion still continued to rain down heavy blows on the challenger. As soon as Mousasi got the space he needed, he finished off MacDonald with more hard shots to the face that appeared to have broken MacDonald’s notorious nose. At the 3:23 mark, referee Herb Dean finally called a halt to the bout and declared Mousasi the winner.

While it was a dominating performance for Mousasi, it was a terrible fight for MacDonald who entered the fight with plenty of hype. In the end, it boiled down to size and the bigger man won. So much for it being a superfight. The only thing super at Bellator 206 was Gegard Mousasi who picked up his 8th consecutive victory. But while the main event was disappointing, the co-main event was a more exciting bout.

The Co-Main Event Was A More Exciting Bout

Despite being past their prime 40 year olds, Quinton “Rampage” Jackson and Wanderlei “The Axe Murderer” Silva put on a better and more exciting bout. The pair had fought three times before in their glorious careers and Silva entered Bellator 206 with the 2-1 lead. However, Rampage would even the score on Saturday night with a powerful right hand that put Silva away in Round 2.

Both fighters had their moments in this fight and had each other hurt at one point or another. They stood toe to toe and traded big blows right from the get go. But Jackson, who entered the fight as the heavier man, proved that he had the heavier hand. A solid right hand in the second round caught Silva flush and putt him on his butt. Jackson rushed in and rained combinations before the referee stopped the fight.

The highlight reel finish was Rampage’s first knockout win since his one punch knockout of Christian M’Pumbu in 2014. It was a nice throwback fight and was really more competitive than the main event which turned out to be a one-sided affair in favor of the Bellator middleweight champion.

What’s Next For Mousasi and MacDonald?

Now that their superfight is over, both men are headed back to their respective weight classes. Rory MacDonald goes back to where he rightfully belongs-at welterweight. He will take on Jon Fitch next as part of the Bellator Welterweight tournament. But after taking a beating like that, it might take some time for Rory to heal up that nose, which also cost him plenty of idle time after Robbie Lawler broke it at UFC 189.

As for Gegard Mousasi, The Dream Catcher still has three fights left in his current contract with Bellator MMA and even before fighting MacDonald, the Moose had already began charting his next moves inside the cage.

“First, (I have to) win over Rory,” Mousasi told MMAjunkie on Wednesday. “Hopefully, we get that. Lovato, I think, is the next No. 1 contender, because I’m not going to wait until (Lyoto) Machida fights in December and have to wait four months.”

Lovato Jr. is coming off a submission victory over John Salter at Bellator 205. The win improved Lovato to 5-0 in the Bellator promotion and 9-0 overall. After that victory, the unbeaten fighter asked for a title shot for his next fight and the champion is more than willing to give him that opportunity.

As for fighting former UFC light heavyweight champion Lyoto “The Dragon” Machida, who signed with Bellator recently, Mousasi would love to get his revenge on Machida who defeated him via unanimous decision at UFC Fight Night 36 in 2014.But because Machida is slated to make his promotional debut against former Bellator middleweight champion Rafael Carvalho on December 15 in Hawaii, Mousasi doesn’t want to wait it out and instead wants to keep himself busy by perhaps taking on Lovato first.

As for the third and final fight of his Bellator contract, Mousasi hinted about making the move back up to light heavyweight to fight current Bellator light heavyweight champion Ryan Bader. That may not be hard to book especially since Mousasi is coming off the first superfight in the Bellator promotion.