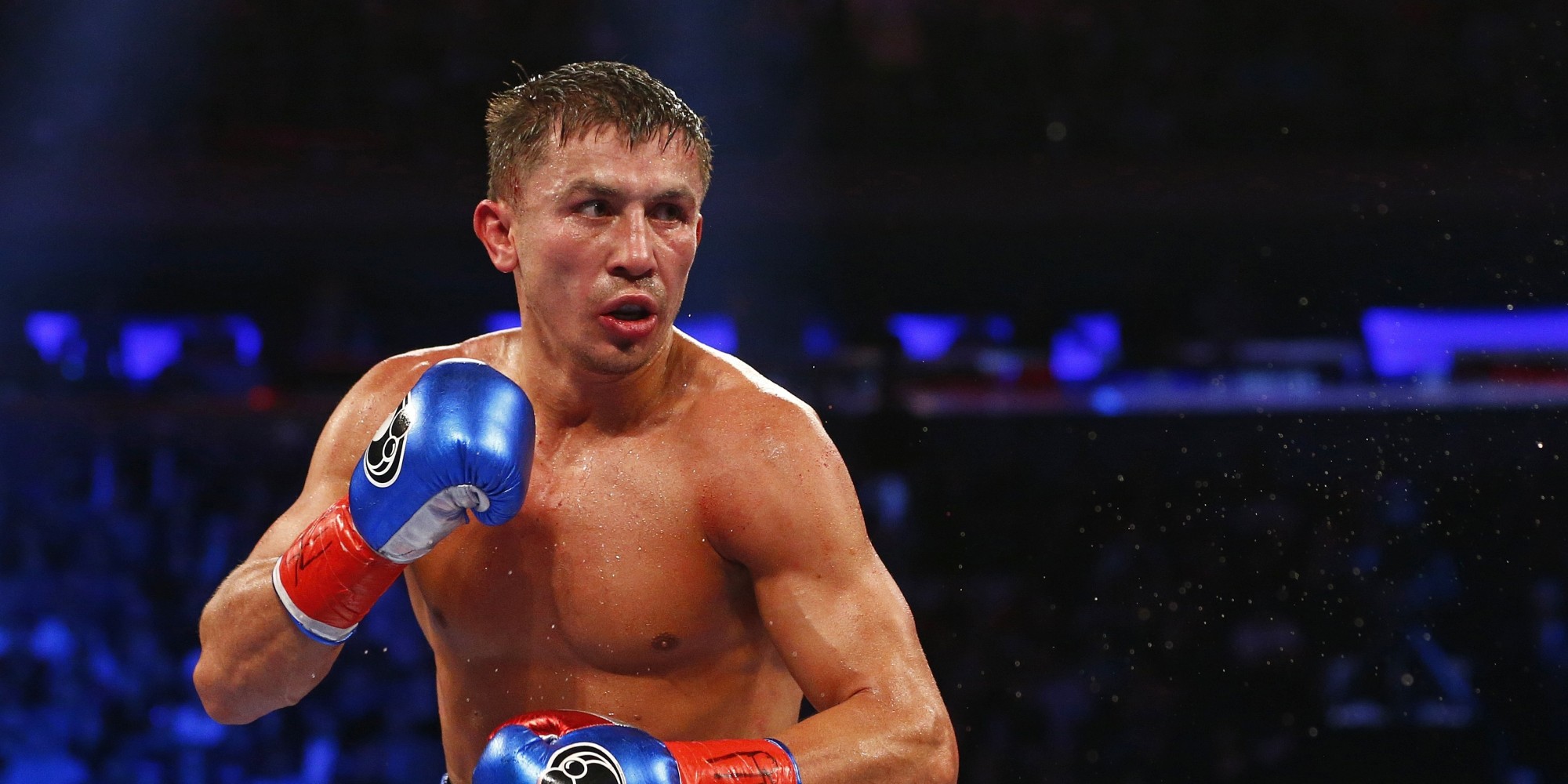 Gennady Golovkin Is A Victim of Double Standard In Boxing

One year after they fought to a controversial draw, Saul “Canelo” Alvarez and Gennady “Triple G” Golovkin fought to another controversial decision. This time though, Alvarez got the benefit of the controversy and is now the new unified middleweight champion of the world.

Alvarez’s win ended Golovkin’s stranglehold of the middleweight division. The Kazakh god of war had defended the 160-pound title a record 20 times. Golovkin shares that record with Golden Boy Promotions partner Bernard Hopkins who was at ringside on Saturday night. Hopkins breathed a sigh of relief as the record was intact. However, Golovkin suffered yet another frustrating decision at the hands of boxing judges.

A disappointed Golovkin didn’t wait for HBO’s post fight ring interview and headed directly to the dressing room where he received eight stitches for a cut over his right eye which he suffered late in the fight. Later, Golovkin gave a gracious statement:

"I'm not going to say who won tonight, because the victory belongs to Canelo, according to the judges. I thought it was a very good fight for the fans and very exciting. I thought I fought better than he did."

Canelo Had A Good Game Plan

It wasn’t clear whether Golovkin fought better than Canelo because Alvarez fought a good game plan and executed it perfectly. However, it did appear that Golovkin had done enough (again) to win the fight. But the judges still didn’t agree with him for the second straight fight:

"I can't complain. That's what we have the judges for," Abel Sanchez, Golovkin's trainer, said. "We had a great fight, the one we expected the first time around. I had it close going into the 12th round. We had good judges who saw it from different angles. I can't complain about the decision, but it's close enough to warrant a third fight. Canelo fought a great fight. Congratulations."

A third fight between the two may happen next but that will no longer bring back what Golovkin has lost in the last year. No question, Alvarez is one of the best fighters today but after two failed drug tests and a six month suspension earlier this year, there were questions on why Canelo was even given the chance to fight for a title after being caught doping. But because this was the money fight, Golovkin agreed to fight him and boxing’s sanctioning bodies allowed the rematch to be a title fight.

Although Alvarez denied the doping allegations, there was an obvious difference in how he looked one year after their first fight. Alvarez and his team repeatedly said that his new physique was purposely planned to get the Mexican in the best shape ever for the rematch. Having seen previous drug cheats in boxing and even in MMA, it was obvious that Canelo wanted to divert the doping issue to other issues. That’s probably why he tried to act like a prick during the stare down during the weigh-ins.

Despite the controversy, Alvarez fought one hell of a fight. Considering he was without Mexican beef this time around, Alvarez once again proved his granite chin and showed that he could go toe to toe with the bigger and supposedly more powerful Golovkin. Triple G did wobble him on some instances (just like in the first fight) but Canelo never went down and kept on plodding forward against the heavy hitting Golovkin.

Said Canelo after being declared the winner:

"I showed my victory with facts. He was the one who was backing up," Alvarez said through an interpreter. "I feel satisfied because I gave a great fight. It was a clear victory.”

I’m not sure what facts Canelo is talking about because according to Compubox, the man who was backing up actually landed more punches than him. Sure, Alvarez can claim victory in some statistical categories but not all. And in a chess match like this was, the judges failed to give credit to Golovkin’s steady diet of jabs.

Golovkin Was Backing Up

Although it was Alvarez who kept on moving forward, Triple G threw and landed more punches than Alvarez. The final compubox punch count was 234-202 for Golovkin in total punches landed and 879-622 in total punches thrown. As in their first bout, Alvarez was the more accurate puncher with his 32.4% accuracy while Golovkin only connected on 26.6% of his punches.

Golovkin out-landed Canelo in total punches in 8 of the 12 rounds of the fight. Alvarez had the edge in power punches in 9 out of the 12 rounds so you can argue that he landed the shots that caught the attention of the judges. But what about the jabs? Golovkin had a consistent jab throughout the fight. He out-jabbed Canelo in each round and routed the Mexican 118-59 in total jabs landed. As for Canelo’s advantage in power punches, the overall tally was 143-116.

Give credit to the ‘smaller man’ for taking Golovkin’s shots better than any other opponent in the past. We thought that without the juice, Canelo would be easy picking for Gennady Golovkin. But he was not. He kept coming forward, taking one jab after another while trying to land his power shots. He was successful, yes. But he ate twice as many jabs as he landed. So much for being the aggressor.

Don’t give me the “he was coming forward” BS. Didn’t Sergey Kovalev come forward at Andre Ward in the first fight and still lose the fight? Didn’t the Krusher even score one knockdown and the backing up Ward still won? Golovkin didn’t go down. He even landed more punches, mostly jabs. Ward outjabbed Kovalev too but was outlanded in total punches by the Krusher.

In their first bout, Kovalev outlanded Andre Ward 126-116 in total punches landed, out-threw the American 474-337 in total punches and scored more power power punches 78-61. On the other hand, Ward landed more jabs 48-44 and had the better connect percentage at 34.4% against the Krusher’s 26.6% .

Ward still one because the judges knew he was a counter puncher and he did his thing. Gennady Golovkin is an aggressor and when he tried to be the counter puncher, those judges gave credit to Canelo for moving forward. There’s obviously a double standard here. Or maybe there’s something else? One thing common is that Ward and Canelo were the A-side in their respective fights. They were more marketable than their opponents. I’ll just leave it at that.

Still, some are wondering why Golovkin decided switch roles and allowed Canelo to be the aggressor. You can’t blame him. When he was moving forward all night one year ago, the judges gave more credit to Canelo counter punching while backing up. No question, Triple G backpedalled but he let Canelo ate a total of 118 jabs while only absorbing 59 jabs from the Mexican.

Maybe it was his game plan because after all, he was consistently peppering Canelo with jabs. Those laser jabs were scoring punches anyway. But then maybe also the additional one year had even made Triple G much slower. He was a year older than he was in their previous fight. Perhaps GGG could no longer fight with the same pace. So he chose a game plan where he could preserve himself and still win. For a 36 year old fighting a proven drug cheat in his prime, not many give Golovkin the credit he truly deserves.

When it was supposed to be a clear Triple G win, the judges scored it a draw. When the second fight was a lot closer than the first one but with GGG seemingly doing enough to pull it off again, the judges scored it for Canelo. Tough luck for Gennady Golovkin. Sure, they say there will be a third fight. But the old warrior will only be older by then and Canelo will only be touching his athletic prime. The third fight, if ever, will be an entirely different story: Canelo will get his vindication and Triple G will end his career with two losses in a pair of fights he didn’t have to take because he never lost the first one anyway..

Judging in boxing is a subjective matter. You can always argue that the judges, who were nearer than all of us to the action, saw it differently and perhaps more correctly. But we all watched the fight on Saturday night. We all watched the first fight one year ago. We know who won and his hands were not raised in victory. That’s the sad part about this sport.

Unless you put your opponent away, you leave your fate in the hands in the personal judgement of three people. And unlike ball games and other sports where scores determine the victor, it’s personal judgement that does that for boxing. Sometimes those three people become three blind mice. Sometimes they just see things differently. Either way, they have cost Golovkin his legacy just like they did Kovalev in his first fight with Ward.