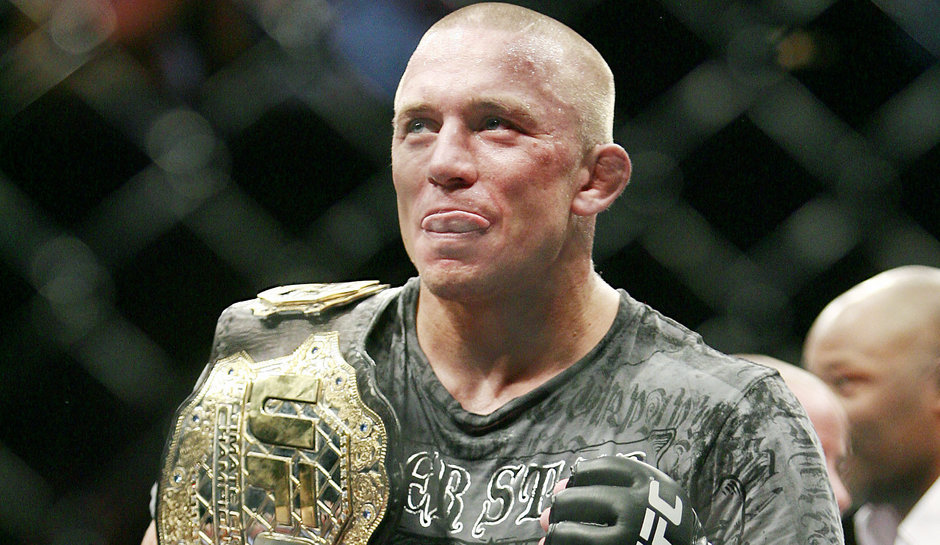 Finally signing my UFC 217 Bout Agreement vs. Michael Bisping for Nov. 4th at MSG - Get ready for a big night in NYC!!! pic.twitter.com/VgqIVnsLwv

The signing of the contract officially announces the long awaited return of one of the UFC’s most dominant champions. Prior to his hiatus in 2013, Georges St. Pierre had the second longest combined title reign in UFC history at 2,204 days and the most title fight wins at 12. He was a three-time welterweight champion, winning the belt in 2006 and 2008 plus the interim title in 2007.

But after a controversial win over Johny Hendricks at UFC 167, his 9th consecutive successful title defense, St. Pierre abruptly left the scene. But while many were surprised why GSP left, most believed he would eventually make a comeback. With father time no longer on his side, St. Pierre looks to make one more big splash before calling it a career. St. Pierre was rumored to fight Bisping earlier this year but injuries to both have delayed the monumental clash.

St. Pierre announced his intention to return in the middle part of 2016. After signing a new contract with the UFC in February, St. Pierre was linked to a Bisping bout almost immediately. But St. Pierre delayed his return after a ‘minor eye injury’. Then it was Bisping’s turn to be bitten by the injury bug.

The trash talking Englishman suffered a knee injury which forced the UFC to book an interim middleweight title bout between Robert Whitaker and Yoel Romero at UFC 213. Whitaker beat Romero and became interim champion. The hard hitting Aussie was supposed to fight Bisping next in a title unification bout. But after Tyron Woodley’s disappointing performance against Demian Maia at UFC 214, UFC President Dana White declared that GSP would fight Bisping in the company’s next big bout. With Whitaker agreeing to step aside for this money bout, the stage is set for the UFC’s big comeback at the Big Apple.

UFC 217 is shaping up to be a big affair. So far, only the welterweight bout between former welterweight champion Johny Hendricks and Paulo Borrachinha has been made official. However, current UFC bantamweight champion Cory Garbrandt announced via Twitter that he will be making his first title defense against former 135 pound champion T.J. Dillashaw at the event too:

The Garbrandt vs Dillashaw title fight was supposed to happen at UFC 213 but put on hold after Garbrandt suffered back problems. If indeed it has been booked for UFC 217, it will be the second title fight in the event with the GSP vs Bisping bout as main event. Meanwhile, top lightweight contenders Tony Ferguson and Khabib Nurmagomedov are currently calling out each other for a scrap at the Madison Square Garden affair too. Should that fight be added to UFC 217 also, the UFC’s return to the Big Apple should be a blockbuster. Even then, the key to the event is going to be Georges St. Pierre, who was the UFC’s PPV king before Conor McGregor arrived in the scene.

Despite his ‘boring’ approach to fights, Georges St. Pierre was the UFC’s top draw during his reign as welterweight champion. From 2009 to 2013, the six UFC events featuring St. Pierre topped the 800K mark in PPV buys. The 950K buys for his UFC 158 title defense against Nick Diaz was the UFC’s highest in three years and came at a time when the UFC’s other 2013 events averaged only 350K buys. The $48M estimated gross receipts of UFC 158 is the fourth highest all-time in the UFC.

Two division champion Conor McGregor has been the UFC’s main cash cow since the retirement of Anderson Silva and the hiatus of Georges St. Pierre. But with McGregor busy with another fighting venture, GSP’s comeback comes at the right time for the UFC. Last month’s UFC 214 drew ‘only’ an estimated 850K buys despite featuring the most heated rivalry in UFC history in Jon Jones vs Daniel Cormier. St. Pierre’s confirmation at UFC 217 makes it a cinch to become the UFC’s first event in 2017 to top the 1M PPV buys mark. With McGregor expected to sit out the rest of the year, UFC 217 may be the UFC’s biggest event of the year.

A victory by St. Pierre opens a lot of exciting possibilities for the UFC. For one, GSP can then target welterweight king Tyron Woodley and aim to be the UFC’s second concurrent two division winner. Or, he can challenge McGregor in an absolute dream fight that could break all UFC financial records.

Before all these though, the stars must align. Bisping is expected to sign his portion of the contract. And before St. Pierre can even think about beating the bigger Bisping, he must get back in tip top shape. GSP hasn’t fought since 2013 and it will be four years since he last fought inside the octagon. He’s 36 and as Luke Rockhold said, his mind and body could fail him even before the event. But we’ll see. What matters most now is that St. Pierre’s signature is signed, sealed and delivered.