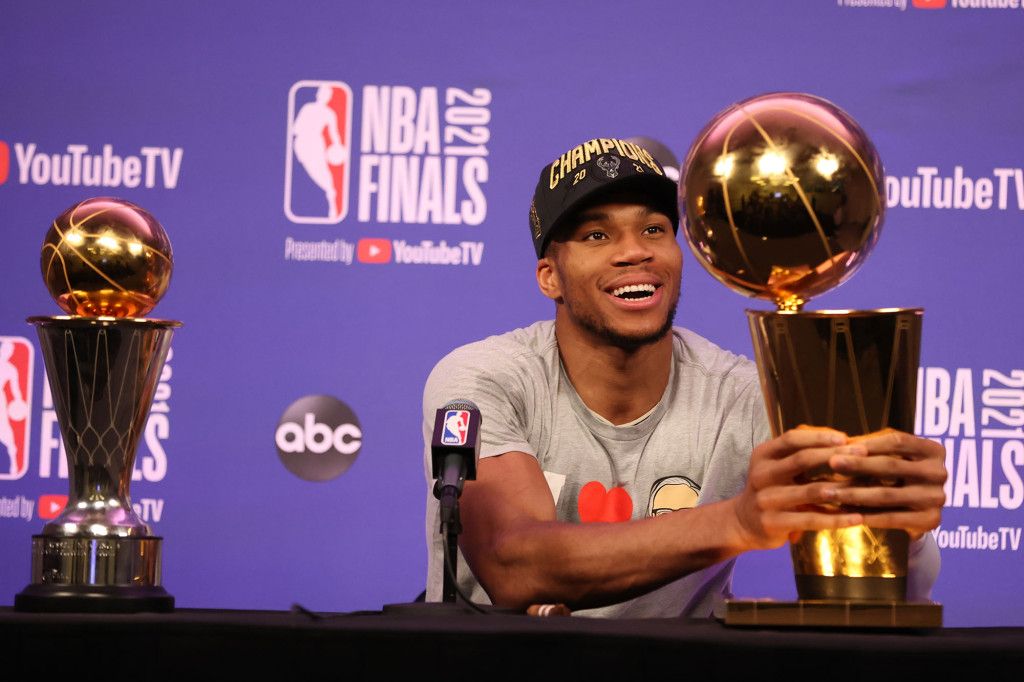 It was never easy and the road was paved with tons of obstacles and challenges, but the Milwaukee Bucks have finally done it. With two-time Most Valuable Player Giannis Antetokounmpo leading the way, the Bucks defeat the Phoenix Suns in six games to clinch the Larry O’Brien trophy in the 2020-21 NBA season.

Just like the five other games in this series, Game 6 was again a back-and-forth affair between two very competitive teams. The Bucks were able to race right out the gates as they established a 13-point lead after the first quarter, but the Suns then came up with a run of their own in the second quarter. By halftime, the Suns were already leading by five points and momentum was on their side as they try to force a Game 7 and bring the series back to Arizona.

The Bucks were able to tie the game entering the payoff period, and it was then that they clamped down on defense and put a lock on what the Suns wanted to do on the offensive end of the floor. The Bucks came up with the stops when needed, and made crucial shots in regulation. Giannis led all scorers with a historic 50-point outing, then added 14 rebounds, 5 blocks, and 2 assists to his tally. He also missed only two of his 19 free throws and produced an effective 64% overall clip from the field.

After the game, a teary-eyed Giannis soaked it all in as he won his first championship in the NBA. The 26-year-old power forward also took the time to talk to the media after the locker room celebration. As per Tim Bontemps of the ESPN, the Bucks All-Star looked back at his decision not to leave Milwaukee in free agency, and then followed it up by thanking all the people that helped him reach the NBA summit.

"I just couldn't leave. There was a job that had to be finished. Coming back, I was like, 'This is my city. They trust me. They believe in me. They believe in us.' ... Obviously I wanted to get the job done. But that's my stubborn side. It's easy to go somewhere and go win a championship with somebody else. It's easy. ... I could go to a super team and just do my part and win a championship. But this is the hard way to do it and this is the way to do it, and we did it. We f---ing did it.

This is for my mom. She works extremely hard every day for me to be in this position, and she never pressured me to do other things. This is for my dad. He's watching from above, and he can see it. This is for my significant other. Every day, she helps me be a better person. She lets me do what I'm supposed to do. She takes care of my son. And for my brothers. I can be stubborn sometimes. I can disconnect myself from the world  because I want this so bad. And I was able to get it, that's why I was tearing up. But, like, people helped me be in this position. I didn't do this by myself. Every freaking day   people helped me. I want to thank everyone."

Fellow Bucks All-Star Khris Middleton had a quiet night of only 17 points, but filled out the rest of his stat sheet with 5 rebounds, 5 assists, and 4 steals. Jrue Holiday was one rebound away from a triple-double as he tallied 12 points, 9 rebounds, 11 assists and 4 steals in the close-out win. With no other than Giannis clicking on offense, the Bucks got a huge boost from an unlikely source off the bench.

This time, it was Bobby Portis who stepped up to the plate. He logged in 22 minutes in the win, and produced decent numbers of 16 points, 3 boards and 1 blocks, including a solid 60% clip from the field. Bucks head coach Mike Budenholzer only fielded in three players off the bench, with veteran point guard Jeff Teague only logging in a little below two minutes in playing time.

Portis, who has been quite a journeyman in the league in the past few years, is in his first season with the Bucks. He spent his first three years with the Chicago Bulls where he established himself as a combo big man who can step outside and hit the three-point shot. Portis was then traded to the Washington Wizards in 2019, then signed with the New York Knicks in free agency.

Portis only spent one season with the Knicks, paving the way for him to become a free agent last summer. As per a column written by Shams Charania of The Athletic, Portis said that he himself reached out to Giannis as he offered him and the whole Bucks team his assistance and veteran experience. It so happened that before he reached out to the Bucks, the Knicks declined his team option, and that led him to become an unrestricted free agent. Portis did not spend a whole lot of time figuring out his options as he immediately knew that he would fit right into what the Bucks are brewing in their camp.

“The whole process was pretty crazy. The Knicks turned my option down and they offered me another deal, but I didn’t really know if it was going to be a good situation for me. The year prior, it wasn’t a good situation for me at all. It just wasn’t a culture I was used to. Obviously, Leon (Rose) and (William Wesley) and those guys were going to come in and try to change it around, but I just wanted to go to a winning culture and where I felt like I can fit in with guys. I watched the bubble last season and I watched Milwaukee a lot, and I felt like it was a team I really fit on. Besides the money part this year, the money wasn’t the biggest issue for me. I saved my money up a lot. Obviously, I got another decade to play hopefully, God forbid an injury or things like that. I wanted to use this year as a get-back year for me just to get my name back. An investment year. And so far, so good. It’s one of the best decisions of my career so   far.”

As for the Suns, this would definitely be a tough pill to swallow. They won the first two games of the series, and many people were already excited about Chris Paul capturing his first ever NBA championship. But the team would lose the rest of the series, and it was incredibly frustrating as the games were very close and both teams always had a strong chance to pull out a win in the clutch.

Paul finished the season with 26 points and 5 assists, while veteran combo forward Jae Crowder came up with a double-double night of 15 points, 13 boards, and 4 steals. However, All-Star shooting guard Devin Booker struggled mightily in the loss, missing all of his seven attempts from long range, and tallying only 19 markers while committing six turnovers. Deandre Ayton also hauled in double-digit figures in scoring as he finished with 12 points, 6 rebounds, 2 steals and 2 blocks.

Still, Paul is not just sulking at the corner. As per an article written by Dave McMenamin of ESPN, the veteran point guard says that it is all about getting back to work now as he maintains his pursuit of his first title in the league. Paul says that while it is true that this will take a lot of time to process and get over, he is adamant that he will approach the next season with the same tough mentality.

"It will take a while to process this or whatnot, but it's same mentality. Get back to work. I ain't retiring, if that's what you're asking. That's out. So, back to work. Right  now, you're just trying to figure out what you could have done more. It's tough. Great group of guys, hell of a season, but this one is going to hurt for a while.

Everybody in that locker room knows we had enough, but it wasn't enough. So, we got to figure it out. I think for me, I just look at myself and figure out how can I get better, what I could have done more and make sure I come back next season ready to do it again."

They may have lost the battle last night, but the Suns are still in a good spot to compete for a title again next season. Their young star duo of Booker and Ayton are both yet to enter the peak of their careers, and they still have a lot of room left for improvement. Paul has a player option of $44 million coming up, and it is highly expected that he will accept that option.

The next NBA season will start after a little over three months as the offseason officially enters the picture.