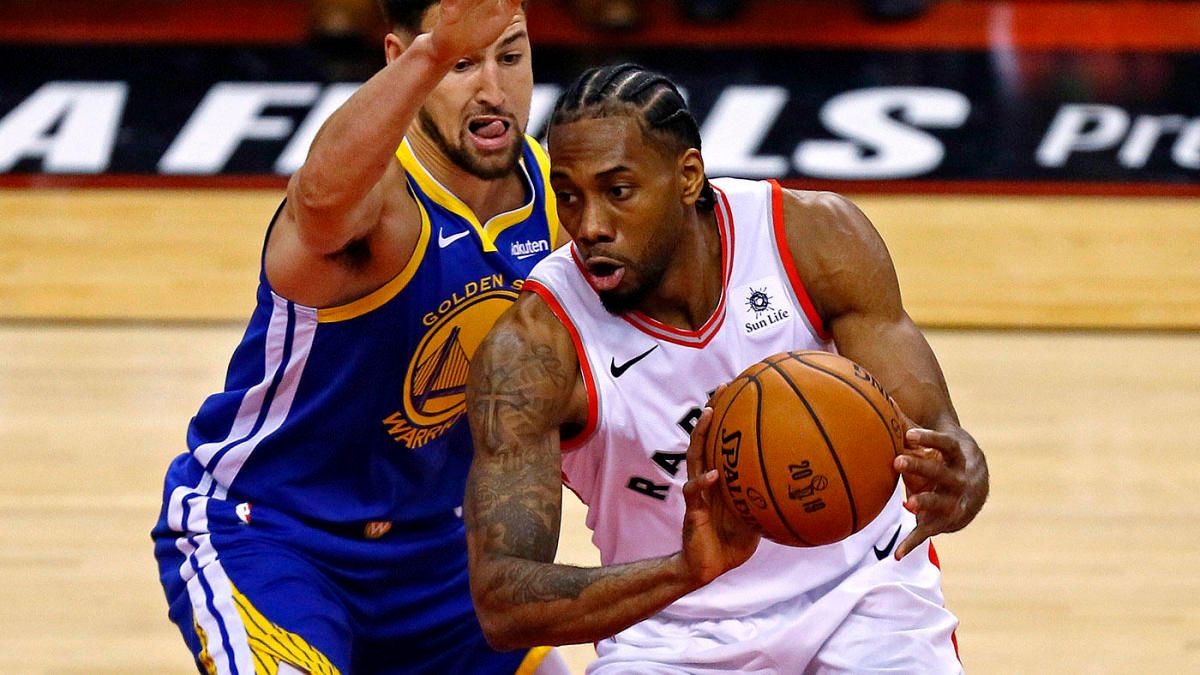 Who have guessed that the Raptors’ roster depth would trump that of the Warriors’ at this point of the season? The Warriors has always been top-heavy for the past couple of years, but without the services of Kevin Durant and banged-up key players like DeMarcus Cousins and Andre Iguodala not offering much help on both ends of the floor, the Raptors beat the Warriors in Game 1 using a lot of offensive weapons at their arsenal. Kawhi Leonard, arguably the most dominant player of this playoffs, wasn’t even Toronto’s best player in the series opener. That badge goes to young budding star Pascal Siakam, who easily had his career game in his debut appearance in the NBA Finals.

Still, the Warriors have found themselves in deeper holes than this one and it’s expected that the defending champs will bounce back big time in Game 2. While Durant’s availability remains questionable, we could expect Stephen Curry and Klay Thompson putting up more shots than they did in the first game. It will be a battle of all sorts, and we could already say that Game 2 is a must-win game for Golden State.

While Thompson had a fairly efficient shooting performance, one could make an argument that the All-Star gunner could have been more aggressive in getting his shots. He only had 17 attempts from the floor in Game 1, including a 3-6 clip from beyond the arc and two makes from the free throw line. Ever since Durant went down with the calf injury that sidelined him for the last game and a half in the Rockets series and the whole conference finals match-up against the Blazers, Klay has attempted at least 20 shots from the field in that stretch. Without Durant in the line-up, it should be in the Dubs’ game plan to involve Thompson more on offense and make him shoot a minimum of 20 attempts. With Cousins still very rusty from his 6-week layoff and Iguodala appearing to hurt his leg again late in Game 1, Thompson has no choice but to carry more of the offensive workload and be more selfish at that end.

Lost in Siakam’s incredible performance in Game 1 was Gasol’s masterful efficiency on both offense and defense. The veteran All-Star center showed why he’s still one of the most sought-after big men as he produced 20 points and 7 boards in the win, as well as doing an enormous job enforcing the Raptors’ defense against Curry and Thompson. With Gasol keeping the Warriors’ defense on their feet through his three-point shooting, it opened up more opportunities for Siakam to attack the rim and also gave Leonard an excellent option for a kick-out as he was constantly double-teamed by the Warriors especially in the first half. Gasol also did a tremendous job showing on the Raps’ pick-and-roll defense on the Splash brothers, shuffling his feet just enough for the Warriors spitfire gunners to be forced to pass the rock. Throughout this playoffs, the Warriors haven’t faced an elite big man in the tier of Gasol. The Dubs should be more prepared in expanding their defensive focus to the Spaniard versatile center, not just on Leonard.

The Warriors committed 16 turnovers and gave up 24 transition points to the Raptors. May it be due to the rust or just being generally exhausted as a team, it seemed like the Warriors weren’t able to execute their offensive sets as smooth as they are used to doing. While Draymond had a game-high 10 assists in the game, he also committed a team-high of 6 turnovers. The Raptors also made it a point to run on transition after almost every defensive rebound. With Siakam, Lowry, and Leonard, Toronto has a bevy of offensive players who could push the ball and be adept in either finishing around the rim or having the right mindset to find an open teammate and kick out the ball for an easier attempt. For the Warriors to be more successful in Game 2, they have to figure out how to play the Raps’ pick-and-roll defense as well as exerting the effort to run back on defense to prevent quick buckets from the Raptors. Another bad sighting for the Warriors is the fact that Iguodala appeared to hurt his leg again so that is another tally to the team’s growing list of injured players.

Beyond Kawhi’s 5 assists, the Klaw easily solved the Warriors’ traps. Of course, there’s no doubt that Golden State’s focus on defense will be on Leonard’s ability to create his own shots. They accomplished their mission as Leonard didn’t have the best shooting display he could have, but the Raptors superstar was able to facilitate enough damages to beat the defending champs. Sure, Kawhi’s 5 assists isn’t the grandest stat but he had numerous hockey assists that resulted to his teammates having open looks from the perimeter. Gasol and Danny Green benefited from the Warriors’ traps early in the first half, and they were able to keep their rhythm throughout the night. This defensive plan by the Warriors could be very effective during the Raptors’ team performance in the first two rounds of the playoffs, but we have all witnessed how Kawhi’s supporting cast have come alive just at the right time.

Prediction: NBA Finals goes to Oakland with series tied at 1

The Warriors just can’t afford to lose Game 2. With the Raptors holding the home court advantage in this series, it will be very difficult for Curry and company to climb up a 0-2 hole. A cause for optimism for the Warriors is that they still had the opportunity to steal Game 1 despite a turnover-prone performance and limited field goal attempts from both Curry and Thompson. Now that the Dubs have sized up their opponents, the Steve Kerr-led squad should be able to make the necessary adjustments. While defending Kawhi should still be the main priority, we should expect less of the Warriors’ traps as they try to stay home on the Raptors’ shooters and prevent them to wax hot from the perimeter. By now, the Warriors have also locked their sights into Siakam and put more defensive pressure on the young Cameroonian star, especially in transition. Curry will be putting up another 30-point performance and combine that with a strong offensive outing from Klay, a Warriors win is almost a sure thing.