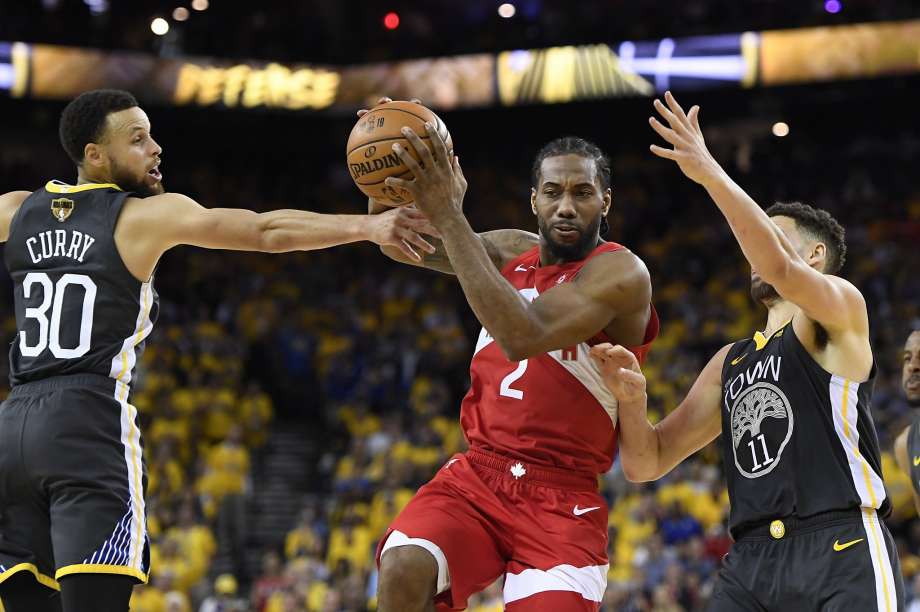 The Raptors are now a win away from bringing the Larry O’Brien trophy home to Toronto. The dream is now closer to reality, and Kawhi Leonard and the Raps have the golden opportunity to win the championship at their home floor in Game 5. Even if Kevin Durant returns, the Warriors are now down to their last straw and fatigue is already seeping in on the defending champs. Golden State only managed to put up 92 points during their previous loss, making it the only time that the Dubs failed to eclipse the 100-point mark this postseason. Could the Warriors team that we have always known as a high-powered offensive squad now losing their scoring touch? Or maybe we aren’t giving the Raptors defense the credit that it deserves?

Curry and Thompson combined for 56 total points and eight made three-pointers. Draymond was one rebound away from norming a triple-double stat line. In a normal night, those numbers alone would be enough for the Warriors to cruise to a win. But numbers lie sometimes, and it’s evident with the Warriors’ body language in Game 4. Curry held his head down in numerous occasions, and hesitated from shooting a triple a couple of times. While Green had an all-around performance, he also incurred 5 turnovers in the loss. DeMarcus Cousins, who was instrumental during the Dubs’ lone win, also turned the ball over four times and was his movements were still obviously hindered by his quad injury.

Reports have it that Durant has finally participated in the Warriors practice before Game 5, so chances of him playing in this series have greatly improved. It’s safe to assume that if Durant plays, he won’t be hundred percent healthy. But even Durant’s  60-70% should be enough to provide the Warriors with a scorer they can go to when their offensive sets fail to materialize. KD can put up 20 points in his sleep, and that is just what the defending champs need in Game 5.

In each of the Raptors’ three wins in this series, either Ibaka or VanVleet has put up a double-digit outing. They aren’t loud performances, but it is very important for Toronto’s second unit to provide a scoring punch that will always keep the Warriors defense on their heels. One could make a very good case that VanVleet has been more consistent than Lowry in this series, while Ibaka has found his groove on both ends of the floor. Toronto’s glaring advantage against the Warriors is their depth. While Kawhi has largely dominated this series, he has also received consistent support from his teammates, especially Pascal Siakam who has been the team’s second-best scorer. If this trend keeps up for the Raptors, expect them to finally hoist the championship trophy at Canada.

Statistical takeaways from the previous game

The Warriors committed 17 turnovers as opposed to the Raptors’ 9. We are finally saying this: the Warriors just couldn’t get their offense going in Game 4. With the much-needed return of Thompson, the Dubs went on a decent first quarter that also saw them limit the Raptors to just 17 points. But that was Golden State’s last hurrah. From that point forward, the Warriors never found the spark that would always help them ignite to multiple mini-runs, and even a massive rally like the 20-0 run they mounted in Game 2. The Warriors made eight triples as a team, all of them through Steph and Klay’s hands. Quinn Cook and Alfonzo McKinnie failed to contribute off the bench, while veterans Andre Iguodala and Shaun Livingston showed their age through their woeful offensive display. Right now, the defending champs also knows that they won’t get much of Cousins anymore as the former All-Star is still slowed down by his recent injury. Durant should be their life saver in Game 5, and even that couldn’t be enough against this momentum-carrying Raptors team.

By making all of his 9 free throws in Game 4, Kawhi is now 45-48 from the charity stripe in this series. Leonard has been torching the Warriors from almost everywhere. He kickstarted the Raptors’ third quarter run in Game 4 by making two consecutive off-the-dribble three-pointers. He poured in 17 points in that quarter alone as Toronto broke away from the Warriors for good. Kawhi has also found ways to make multiple trips to the free throw line, and he has been very successful in that area. It’s crazy to think how Kawhi has gotten this far in terms of his offensive repertoire. But years of pure hard work and persistence will help you do things beyond your imagination. Kawhi Leonard is the epitome of that diligence.

The Warriors will not go down without a fight. There’s no other way to say that. They have been contending in the NBA’s grandest stage five consecutive times, and their championship composure and experience should show in Game 5. With the probable return of Durant, things will free up for Curry and Thompson and the team’s offense will flow smoother this time around. The atmosphere at Scotiabank Arena would be crazy, even hostile at times. But the defending champs are very much used to this rowdy excitement so expect them to put up a good fight and go back to Oracle Arena for one last time.