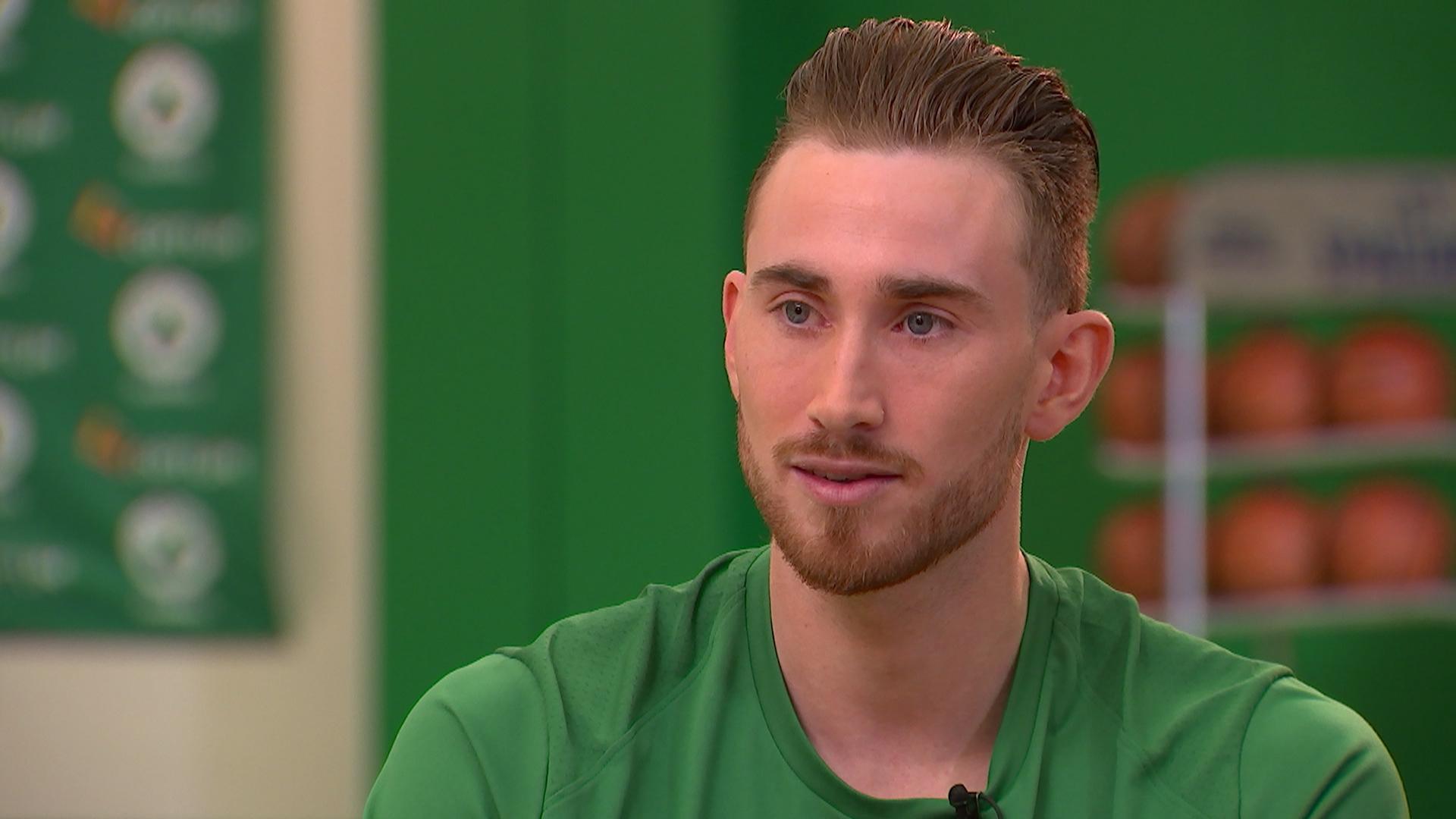 It’s been seven weeks since Gordon Hayward had surgery after suffering a horrific leg injury during the Boston Celtics’ opening game against the Cleveland Cavaliers last October.

Since then, we’ve seen Hayward begin his long journey to recovery from that season ending injury. We saw Gordon Hayward shoot baskets in a gym while sitting on a chair with his cast on:

Later, we also saw him make his first TD Garden appearance since the injury:

Gordon Hayward on hand for @warriors vs. @celtics. pic.twitter.com/2Calbd3HcN 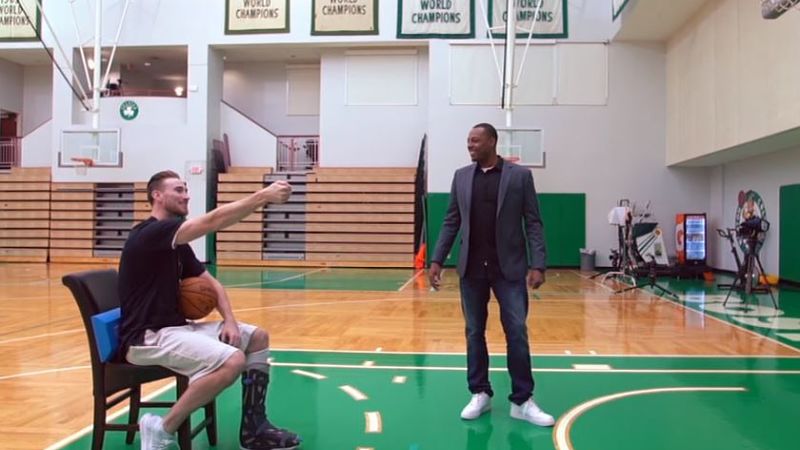 This week, Hayward’s road to healing reached a high after his wife Robyn, posted a video of Gordon playing video games with his elder daughter Bernie on his lap. Now we know about Gordon’s video gaming habits, nothing new there. But the image of Gordon’s bare left foot was a pleasant surprise to Celtics fans:

But before everybody began speculating about seeing Gordon Hayward play much sooner than expected ( as soon as late this season or the playoffs ) , Celtics President of Basketball Operations Danny Ainge doused those rumors on Wednesday. While saying that Hayward is indeed able to take his protective boot off, he is only able to do so for short periods of time:

“He’s progressing along. He can take the boot off for short periods of time,” Ainge told the “Toucher and Rich" program. “But he's doing really well. His therapy is going great. He's right on schedule. He’s doing sometimes two workouts a day and trying to get stronger. The next phases are getting out of the boot completely, but I still think that he’s a couple weeks away from being permanently out of the boot.”

“He wears the boot until a certain time every evening and then he can take it off,” Stevens said. “When he moves around, he can move around with a brace that's like a boot. He is progressing and doing what he can do, what he's been cleared to do. It's been going well. He still wears a boot when he comes over to the gym, he's wearing the boot for most of the day.”

So there. While Hayward is now able to take off his boot, it’s still not permanent. Still, Ainge’s declaration that it’ll be taken off for good in a ‘couple of weeks’ is another very positive sign in Gordon Hayward’s recovery. But will it advance the timetable of his return? 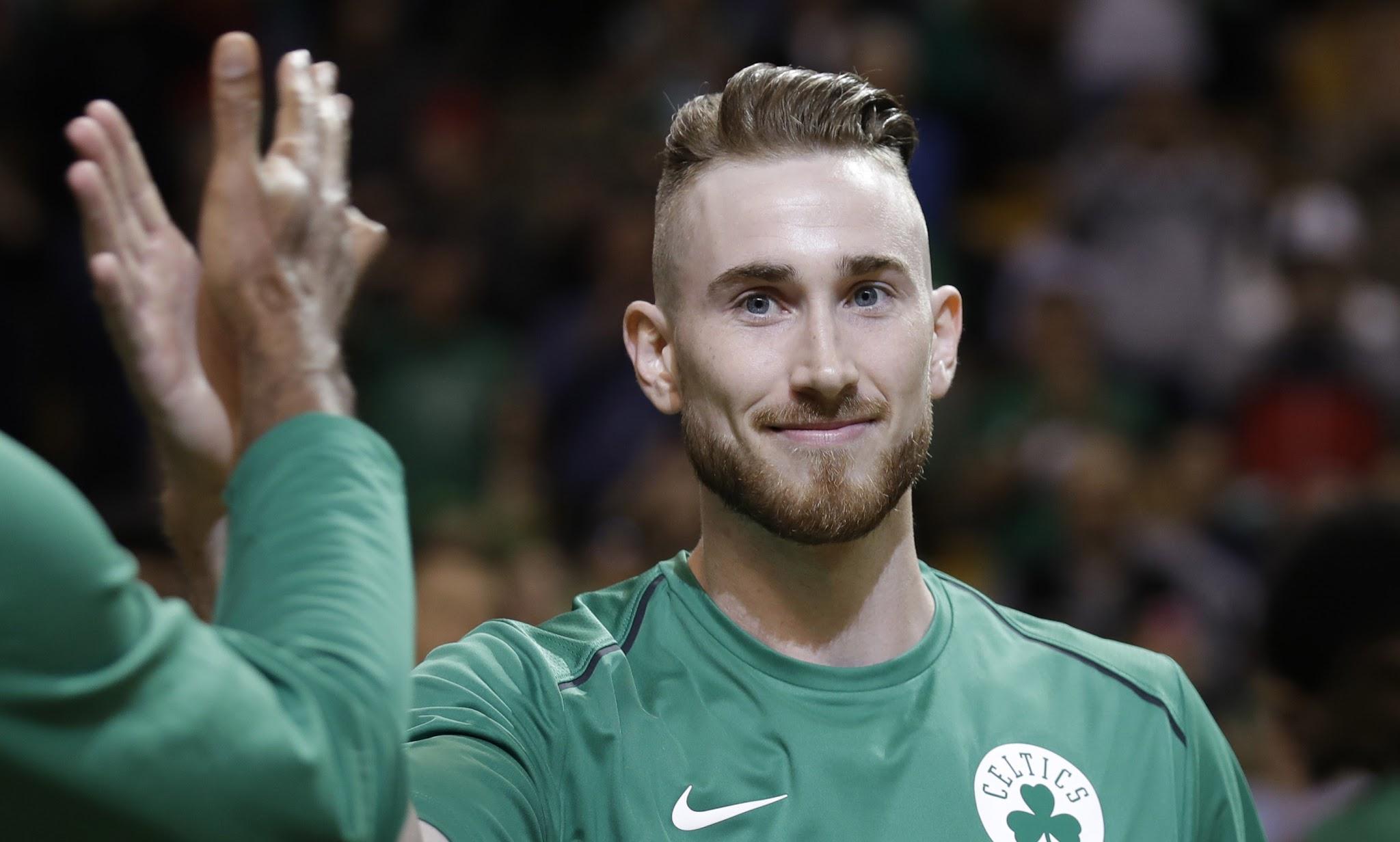 According to Ainge though, Hayward himself hasn’t told him ( or anybody in the Boston organization for that matter ) that he intends to make a comeback this season but sees that the former Butler standout wants to return from the injury faster than anybody else has:

“You know, he hasn’t expressed that. Just knowing professional athletes, I know that down inside he wants to be back faster than anybody has ever been back from this kind of injury. He’s got a competitive streak to him. He’s asking lot of questions, he’s got good people around him. He’s diligent in his rehab…..I know what’s going on in his mind, but I don’t think he’ll say anything about how fast he wants to get back.”

In November though, Hayward accepted via a Facebook post that he won’t be able to play this season:

"Finally, the Celtics organization has been just over the top in every aspect," he wrote. "They know I will not be back on the court at all this season, but they have been making sure I have every resource I need, and are making me feel like I am a part of the team. The entire Celtics family is filled with so many incredibly caring people.”

An injury like Hayward’s can be very mentally deflating aside from it being physically challenging. But because of the love and support that Hayward has received not just from his family but from his extended family ( the Boston Celtics and the entire city of Boston ) as well, his healing process has become much easier. Hayward’s positive outlook and his physical progress have sparked rumors ( and hope ) that he may be able to return this season. 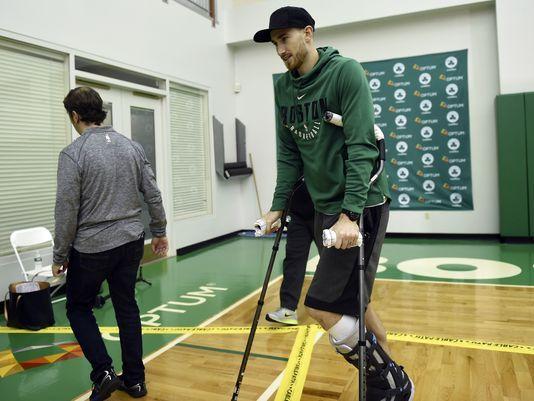 Despite the positive news, Danny Ainge continues to maintain that there is no definite time table for Hayward’s return because timelines change from ‘week to week’. Surely there is no intention on the part of the Celtics ( nor Hayward himself ) to return at any point this season, even if the Celtics make a deep run into the postseason.

Ainge called it a ‘long process’ although he also acknowledged that Hayward likes to be ‘around the team.’ The positivity around him is good for Gordon Hayward’s mental health since more than the physical recovery, his psychological state is crucial to a successful return to the NBA.

Without Hayward, the Celtics have been able to bring out the best out of their players. With Kyrie Irving playing the best basketball of his NBA career, the Celtics are currently on top of the NBA standings with their 22-4 record and are 3.5 games ahead of their Eastern Conference rivals Cleveland Cavaliers. 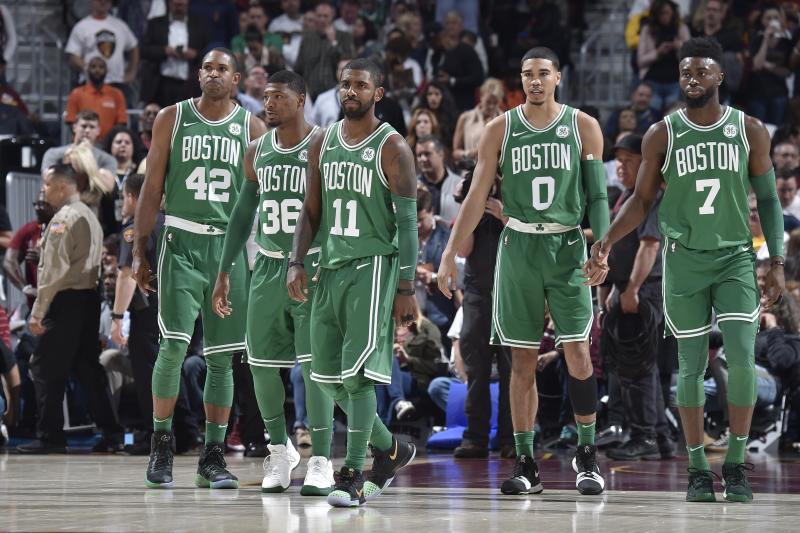 Hayward’s absence has also given opportunities for players like Jaylen Brown and rookie Jayson Tatum. The two have been thrust in much bigger roles because of Gordon Hayward’s absence. But the two have not only accepted the challenge, they’ve exceeded expectations by playing very well so far this season.

A Hayward return late this season or even in the playoffs could surely boost the Celtics’ chances to win the title this year. However, given how good the Celtics are playing, it’s not likely that Ainge, the Celtics, nor Hayward himself, are going to rush a return.

Boston has a very young and talented team and no matter what happens this season, they are going to be one of the league’s perennial contenders in the next couple of years. If they can play this well without Gordon Hayward, imagine how good they will be in full strength, with Hayward, next season and beyond.