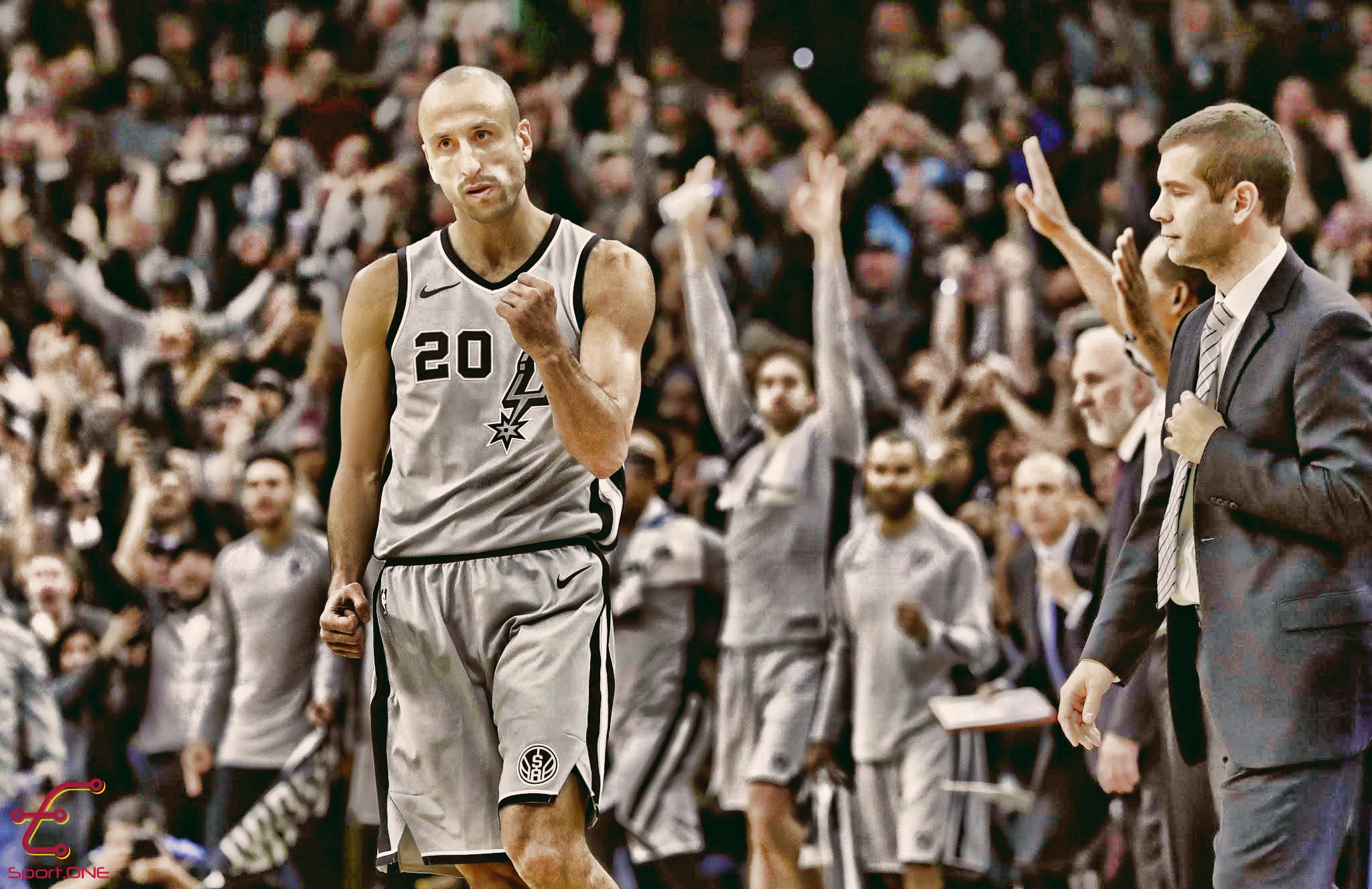 If you think Father Prime is too old to be an NBA nickname, meet Grandpa Juice.

Father Prime is the nickname that the Cleveland Cavaliers’ Dwyane Wade has graduated to after being called the Flash during his younger years. According to Wade in 2016, Father Prime is the point in one’s career where he is already past his prime ( 30 to 34 years old ) but isn’t old enough to be called Father Time yet. That explains the reason for Wade’s latest nickname. But what about Grandpa Juice. 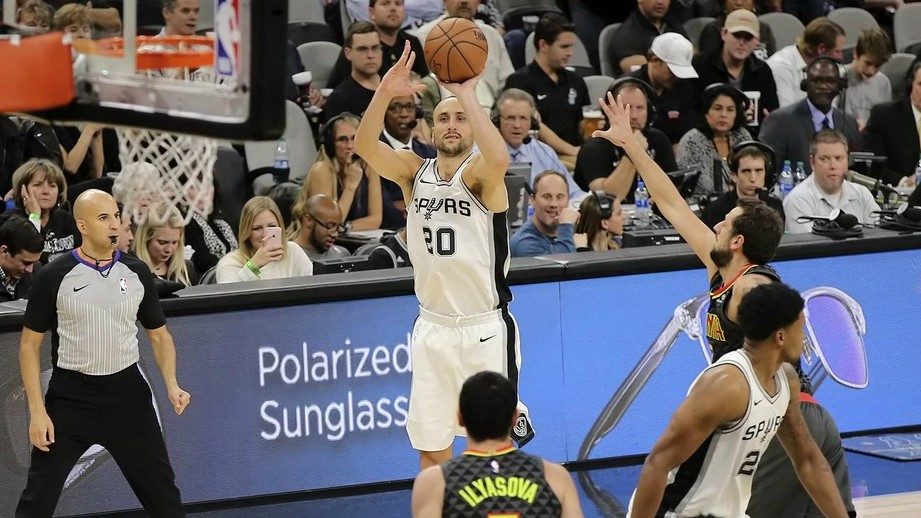 Grandpa juice was the nickname bestowed by Patty Mills on teammate Manu Ginobili after the latter broke out of his scoreless slump in last year’s playoff. Ginobili scored 10 points on 4-6 shooting from the field in 17 minutes of playing time during Game 5 of the Western Conference First round series between the San Antonio Spurs and the Memphis Grizzlies.

“He brought that ‘Grandpa Juice’ is what I call it, and we all followed. It’s inspiring. We shouldn't wait for him to do that before we get into gear," said Mills. "It really is inspiring when you see him dive on the ball, putting his body on the line, hard drives, hard cuts, it gets us all rolling.”

Ginobili’s inspiring play continued throughout the 2017 playoffs and was most notable during Game 5 ( another Game 5 ) of the Spurs’ succeeding series against the Houston Rockets. In that game, Manu preserved the Spurs’ win by blocking James Harden’s potential game tying three pointer as time was winding down. That game was in May 2017. We’re now in the 2017-18 season and Grandpa Juice is still energizing the San Antonio Spurs. 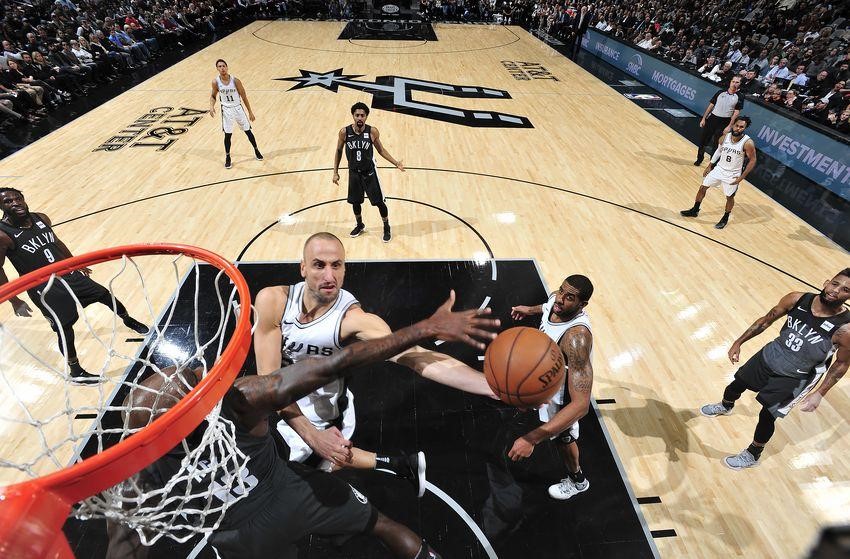 Now at age 40 and the second oldest player in the league at the start of the 2017-18 season ( next to Vince Carter ), Manu Ginobili is still weaving his Argentinian magic in San Antonio. Even Spurs’ head coach Gregg Popovich wants a piece of Grandpa Juice:

"Whatever he's drinking, I want some of it," Popovich said. "I'm serious, there's got to be a fountain of youth someplace."

Pop gave reporters that quotable quote after Manu scored 21 points on 7-10 shooting ( including 3-4 from behind the three point line ) in just 19 minutes of bench action during the Spurs’ 103-89 win over the Phoenix Suns last January 5, 2018.

No, it wasn’t as important as the playoff games from last season, but it was equally impressive because Ginobili became only the second player in NBA history ( since stats were recorded in 1970-71 ) to score 20 or more points off the bench at the age of 40 and above. The first player to do it? Vince Carter, barely a week earlier on December 27, 2017. 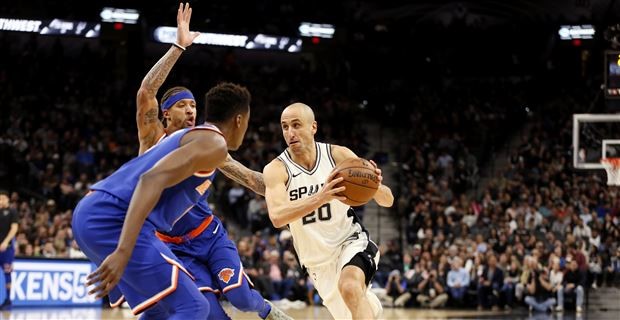 Carter has been Ginobili’s lone competition for the best senior statesman in the NBA. Vince is only the reigning and defending oldest player in the league today, born on January 26, 1977. Manu is a couple of months younger, with his birthdate being July 28, 1977. A third 40 year old in the NBA is the Milwaukee Bucks’ Jason Terry, whose birthdate is September 15, 1977.

While Terry is playing limited minutes this season, Ginobili and Carter are playing like forty is just a number. Manu’s averaging 21.1 minutes per game this season while Carter is logging in 15.9 minutes per contest this year for the Sacramento Kings. But while Carter’s 24 point night last December was his first ( he added a second one four games later ) double digit scoring game of the season, Manu Ginobili has a total of 16 double digit scoring games this season.

In fact, two days after Ginobili scored 21, he put up 26 points in a losing effort against the Portland Trail Blazers. No, don’t think that those 26 points came in garbage time in a losing game. That game was decided by a solitary point, after C.J. McCollum hit a game winning floater at the last second. So Manu’s 26 markers were meaningful, just as it was historic once again. 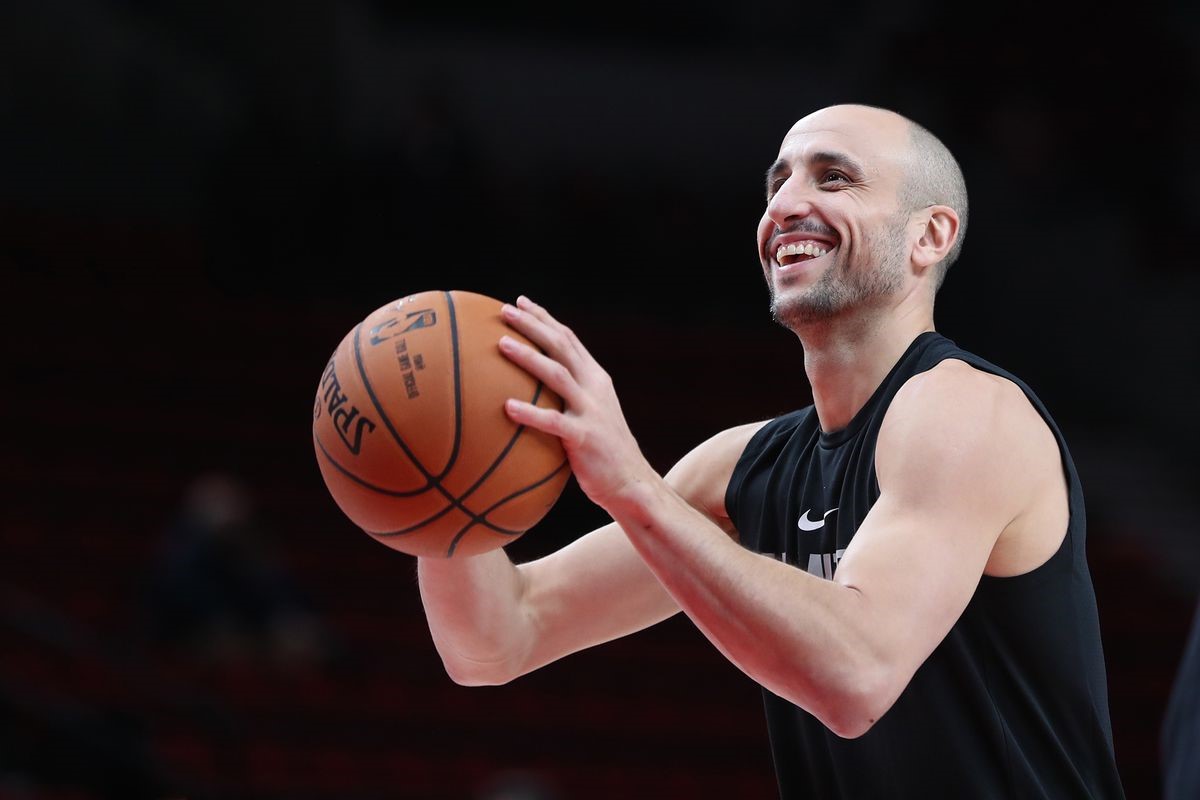 Manu Ginobili became only the sixth person in NBA history to score 26 points or more ( regular season or playoffs ) at the age of 40. The other players to accomplish the feat? Michael Jordan, Kareem Abdul Jabbar, Karl Malone, John Stockton and Robert Parish. The one thing common about Manu’s elite company? They are all Hall of Famers.

What separates Manu Ginobili from those five Hall of Famers is the fact that Ginobili is the only one in that elite list to score 26 points at the age of 40 while making six three pointers. That’s impressive, considering Ginobili went 6-9 from three point range in just 27 minutes of action. 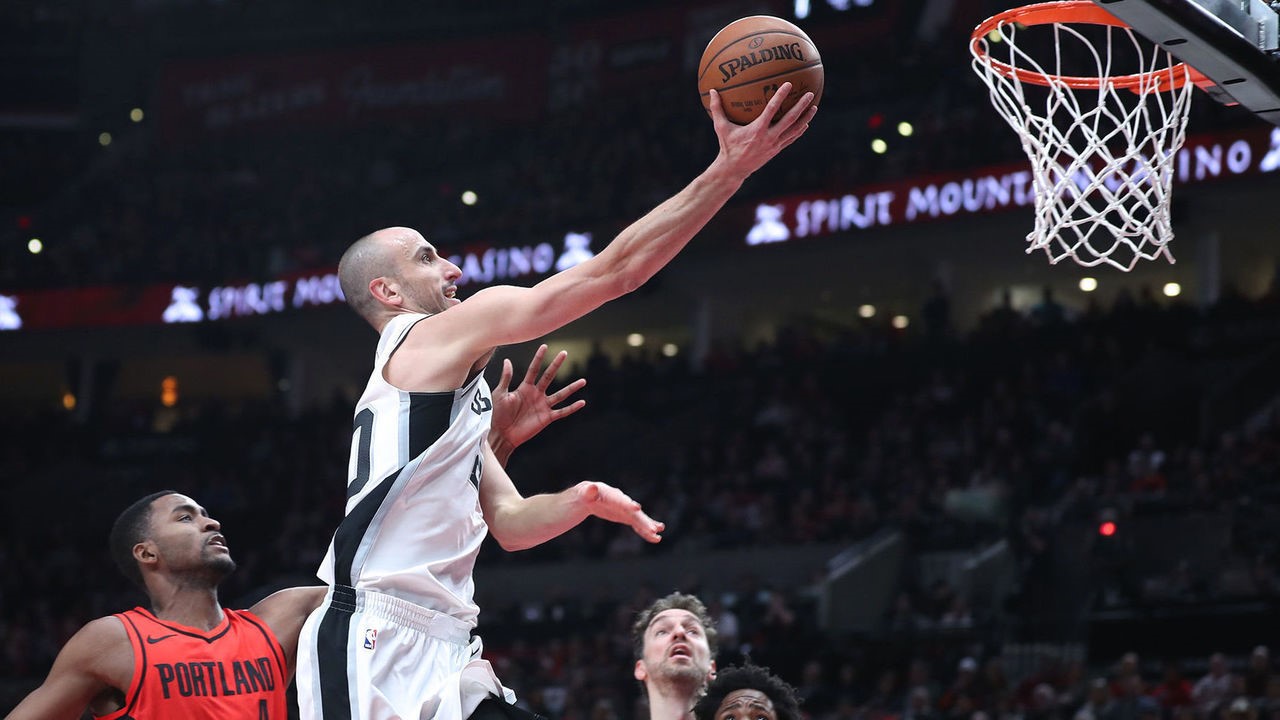 Many of us thought that last season was Manu Ginobili’s last. In fact, he was already given a standing ovation during the Spurs’ last home game in the 2017 NBA playoffs. But after having plenty of time to think it over, Ginobili re-signed with the Spurs for a two year deal.

Since the 2010-11 NBA season, Manu Ginobili’s numbers have been on the steady decrease. That’s normal and very much acceptable, given the fact that Ginobili is aging with each passing season and with that, his role with the team is changing.

But if you compare his stats from last season to this year, there is a notable increase. Ginobili is shooting the ball better. He is scoring more points, getting off more shots and taking more foul shots. That’s impressive for a 40 year old. But then if you’re Grandpa Juice, that’s just what you do.