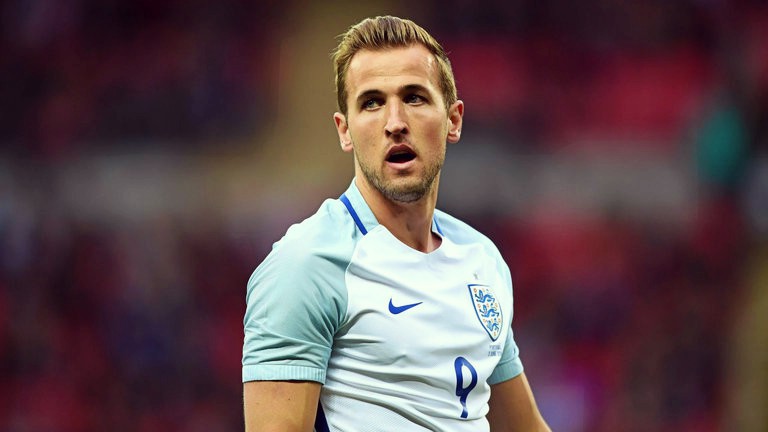 Harry Kane Could be the Next David Beckham

Harry Kane’s constant improvement in the Premier League could make him the next big thing of football. The road won’t be easy, though.

Harry Kane rocked the world when he scored 13 goals in Tottenham’s first eight games this season. It was a feat that remains unmatched even by the world’s best players. Because of this, he’s regarded as the golden boy of the Premier League.

But while he rips opponents with a barrage of goals and numerous tactical offensive plays, he’s still far from being called as an elite, at least at the global level.
His intense work ethic and numerous achievements on and off the field just can't seem to put him in Romelu Lukaku or even just Sergio Aguero’s level. Why is that the case? Well, the answer to that is simple — his age.

Being just 24-years-old, Kane still needs to accomplish more, and not just depend solely on his phenomenal performance lately.

However, the issue is far deeper than just about his age. First off, let’s view things from the La Liga perspective. It rivals the Premier League as one of the top tier leagues in the world, with Real Madrid and Barcelona leading the race.
The Spanish La Liga is one of the biggest football competitions globally. And if you’re not getting enough heat out there, then you’re good as gone (at least in the media’s eyes). That is what’s happening with Kane as he gets little coverage in the country.

Tottenham is going to face Real Madrid in a few weeks, and Spanish agents would be on a lookout for potential recruits on that game. If Kane performs great on that game, then he’ll surely be on the agents’ radars.

The better he plays, the higher his chances of joining Real Madrid. He, for sure, would want that as Los Blancos rank second in the league — which is better than Hotspur's fourth place. Also, Real Madrid is in dire need of a no. 9, and Harry Kane might well be that guy.

Kane fits the club’s age requirement, but Zinedine Zidane feels wary in dealing with the Hotspurs especially that the Gareth Bale transfer wasn’t so promising. Spending £77 million for an underperforming player for over four seasons isn’t what Zidane wanted.

He might have 17 career goals, but that still isn’t enough considering that he’s one expensive player. The training that Hotspur players get seems different from what other players from different clubs experience. That might be the reason why they need to think twice before they go head-on in acquiring Bale.

Kane received numerous positive remarks from news headlines in England. Unfortunately, that is for England alone. In terms of global news? Nah, his accomplishments haven’t even scratched the surface.

Fortunately, all these are changing as he’s on top of his game on their Champions League campaign. Having made already five goals and leading Hotspur’s thrashing of Borussia Dortmund 2-1, it’s safe to say that he’s doing much better.

Michael Munger of Bayern Central is one of the many media men that have been impressed with Kane. He said that the striker’s recent games showed that he is drastically improving, and can even potentially be on the same level as Messi and Ronaldo in the future.

However, it’s going to be a different story once he plays for a top club, such as Bayern Munich, Real Madrid, or Barcelona as he is going to need more diligence that will test his character in a very different way, he added.

Playing in the right environment

Up until now, most football fans still doubt Kane’s prowess in the field.

Nonetheless, it’s not that of a big problem for him as he just needs to have the right platform to excel. Having Mousa Dembele, Lucas Moura, and Son Heung-min isn’t enough to bring out his best, knowing that each has their different style of plays.

And despite the odds against him, he still managed to score 38 goals both for Tottenham and England last season. What makes this better is that he made 32 the year before. Indeed, he’s got some serious talent tucked under his sleeves. But then again, the numbers don’t speak for his popularity.

So how far is he from reaching football stardom? Well, more than half way.

Take for example in the U.S. where football is becoming more popular. Kane is also relatively unknown there.

Why? Well, the answer to this is simple. It has to do with his club.

Tottenham Hotspur hasn't made it to mainstream consciousness just like Manchester United and Chelsea. The Spurs are a pretty good team packed with talented players, but talent isn’t enough to make a player a star.

Kane is also compared to Jamie Vardy of Leicester who had a magnificent season.
Pundits assess Kane’s connection with Hotspur to be a bit distant. Not that he’s looking elsewhere, but his environment isn’t very conducive to creating global icons. It’s the same situation in Egypt where the striker is admired but not idolized.

Kane has been the talk of the town of most people in the country, said FilGoal journalist Fady Ashraf. But he doesn’t have any fanatical following in Egypt as people choose to wear Lukaku’s jersey instead of Kane’s. The reason, Ashraf said, was because fans support Manchester City, and not necessarily Lukaku.

With this, one can clearly see that the club a player belongs to plays a huge role in how people perceive him. This case isn’t only in Egypt, though, as it’s pretty much the same situation in other European countries.

Wearing a Tottenham Hotspur jersey just seems awkward, especially that there are higher profile clubs out there, not just in the Premier League, but also in the Spanish La Liga, German Bundesliga, and French Ligue One.

Harry Kane is undoubtedly the best striker in the Premier League. He’s even more effective offensively than Sergio Aguero, Romelu Lukaku, and Mohamed Salah. But why is it that they’re more popular?

Then again, it has to do with their club.

Aguero plays for the City, Lukaku for Man United, while Salah for Liverpool. These clubs have been the home of some of the greatest football players for over a century. There’s a great deal of history engraved in these clubs.

Take for example David Beckham who’s been the face of football for more than a decade. There’s no doubt that Kane has the makings of a superstar, he could even reach Beckham’s level. But if he wants to be like him, then he needs to play elsewhere — a top club or top two club the least.

Kane’s case is more about an image issue rather than a criticism of his footballing ability. Having made a total of 39 goals and four assists and achieving a 73% passing success percentage rate, it’s not hard to say that Kane is on track to go head-to-head with Messi and Ronaldo in a few years.

By that time though, the two would have gone past their prime, and Kane could take it from thereon. The safest thing for Kane to do is to further improve his skills, focus on his offense, and play for the right club, a team that has a complete package of strikers, forwards, and midfielders.

If it means going overseas, perhaps to Spain or France, then let it be. As long as he plays with top tier players, then there’s no doubt he’s going to be the face of the football game just like David Beckham.