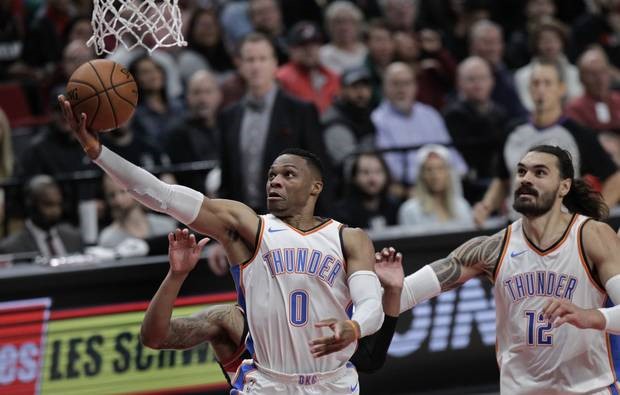 Has A Russell Westbrook Triple Double Become A Necessity For OKC?

Russell Westbrook and Triple Doubles. Those two go together like bread and butter or coffee and cream.

Last season, Westbrook broke Oscar Robertson’s 55 year record with 42 triple doubles in a single NBA season. This year, Westbrook became the first player in NBA history to have a triple double against every team in the league. With the way he is currently going, Westbrook is even ahead of his triple double pace of last season. 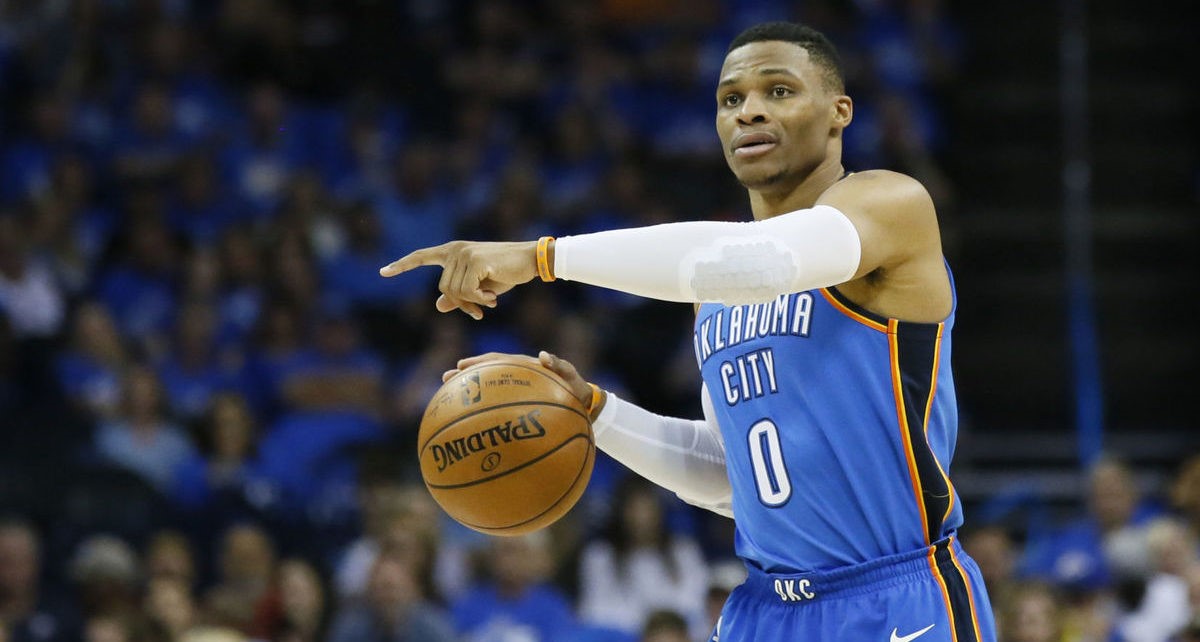 Not only did Russell Westbrook break Oscar Robertson’s record last season, he did so emphatically with sub-records in between. On March 29, 2017, Westbrook’s 57 point total was the highest ever point production in a triple double. He broke the record of 53 posted by Wilt Chamberlain and James Harden.

In 23 of 42 games where he had a triple double, Westbrook scored at least 30 points. He scored at least 40 points in 8 of those games.Against the 76ers on March 22, 2017, he recorded the first ‘perfect’ triple double in NBA history with zero field goals and free throws missed during the game. 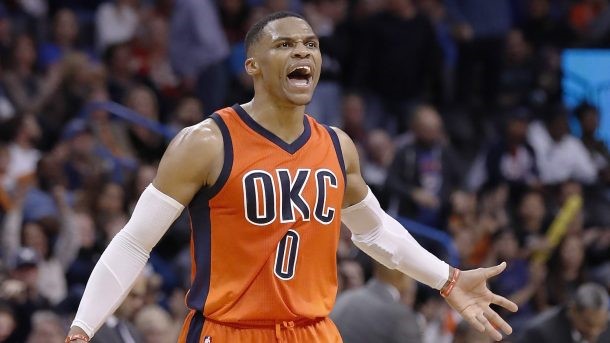 Westbrook also became the first player since Michael Jordan in 1988-89 to post seven consecutive triple double games. However, Westbrook beats MJ because he did it twice in the same season, from November 5 to December 9, 2016 and from March 22 to April 4, 2017.

Brodie’s 42 triple doubles was twice as many as the next player in the leaderboard. James Harden had 21 while LeBron James had 13. After those three players, the total number of triple doubles recorded by the rest of the league was 39 or three fewer than Westbrook’s individual total.

Heading into the 2016-17 season, Russell Westbrook had 37 total triple doubles. By the end of the season, he had a total of 79, good for fourth most in NBA history. Only Robertson, Magic Johnson and Jason Kidd have more than him. 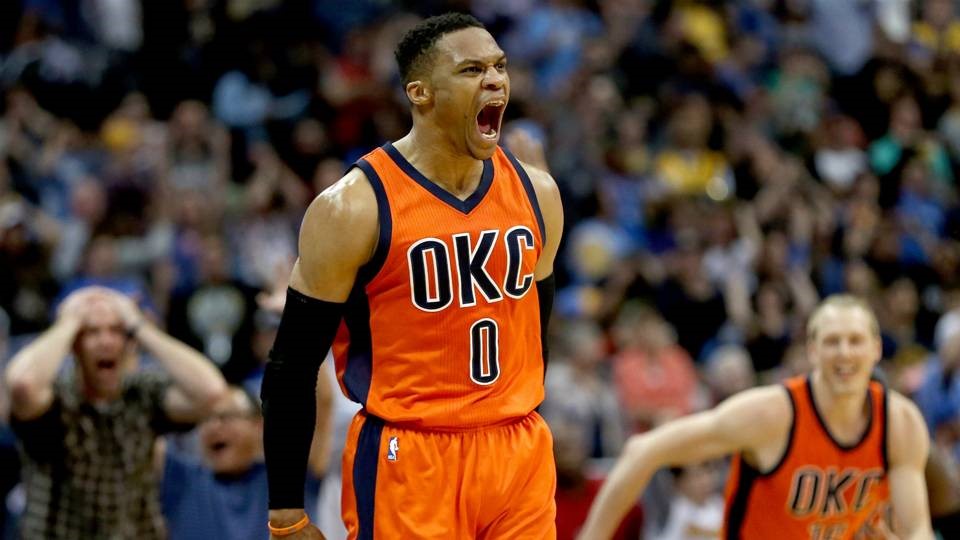 With Westbrook at the helm, the Thunder finished the season with a record of 47-35, good for the sixth seed in the ultra tough Western Conference. Oklahoma City Thunder had a winning record with Westbrook having a triple double ( 33-9 ) and had a losing record when he doesn’t have one ( 14-26 ). So more than chasing records, the triple doubles were about the Thunder finding ways to win without Durant. 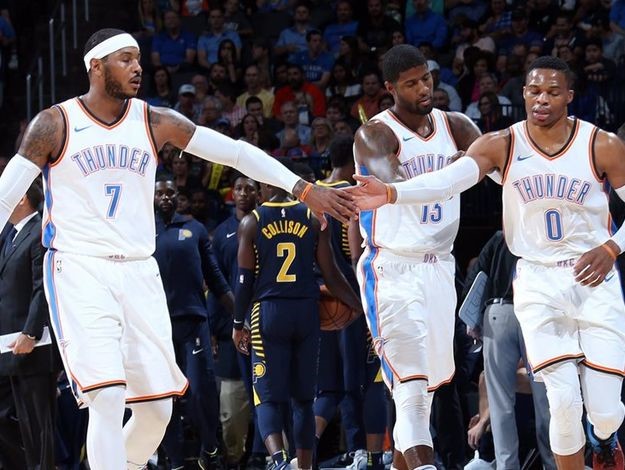 Westbrook won the 2017 NBA MVP with his herculean effort. But glorious as that feat was, the Thunder did not want to give Westbrook that demanding task of singlehandedly carrying the team for the rest of his career. It would be physically be too demanding to ask one guy ( even Russell Westbrook ) to do what he did season after season. And even if he would, it would not be enough against the loaded heavyweights in the West.

So the Thunder spent the past summer building a winning team around Russell Westbrook. Not only was it just to ease his playing burden and to help him win games, it was also to entice him to stay long term in OKC. His contract extension was due and the Thunder did not want him to end up leaving like Durant.

GM Sam Presti pulled off one of the greatest summers ever. Presti engineered two blockbuster trades that brought two full fledged all-stars to Oklahoma City. First, he was able to strike a deal for Paul George of the Indiana Pacers. Later, Presti was able to complete a trade that brought Carmelo Anthony from New York. With George and Anthony joining Westbrook, the Thunder has assembled a core that is believed to be capable of keeping up with the superpowers in the Western Conference.

But nine games into the new season, the Oklahoma City Thunder are nowhere near the superpower status that many people expected. They currently have a sub-.500 record at 4-5 and are struggling to find their form. Not many are already panicking because the season is still very young and this team needs some time to grow together. But there’s something that’s alarming about this slow start.

In all of the Thunder’s four victories, Russell Westbrook has recorded a triple double. In all of their five losses, Westbrook failed to post a triple double. Nothing wrong with Westbrook doing it all really. He’s done it before. OKC has won with this before. But wasn’t this what they wanted to avoid when they got better with Paul George and Carmelo Anthony?

Adding two gifted All-Stars was supposed to ease Westbrook’s load. But so far, Westbrook has had to dish out the same herculean individual effort in order for the Thunder to win ball games. New team, same old story. But what happened with giving Russell Westbrook the much needed support? Let’s examine the numbers. 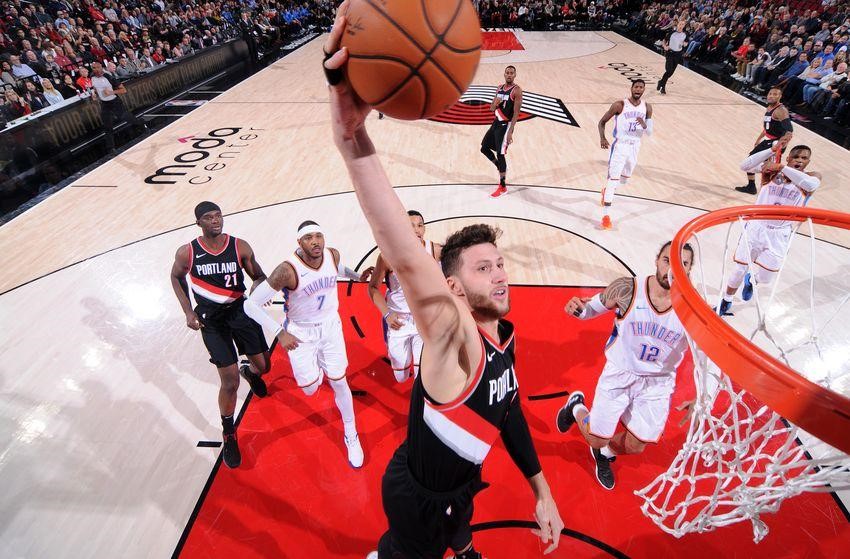 While the Thunder got the much needed scoring assistance from George and Anthony, they also gave up two big men to get the two All-Stars. Domanatas Sabonis was included in the Paul George trade while Enes Kanter was the centerpiece of the Carmelo Anthony deal.

Individually, Sabonis and Kanter are no match for George and Anthony. But in a team, their loss is being felt by the Thunder. For three consecutive seasons, OKC led the league in total rebounds and offensive rebounds. They were also 5th best in the NBA last season in opponents offensive rebounds per game.

But losing two big men obviously made OKC smaller. OKC ranks just 27th overall in defensive rebounds per game at 31.4 and 23rd in total rebounds at 41.9. They also give up the seventh most opponent offensive rebounds per game in the league at 10.8. On offense, the Thunder are just 23rd in points in the paint at 41.6. They are also 19th overall in 2nd chance points at 11.2 per game.

Jury Isn’t Out Yet 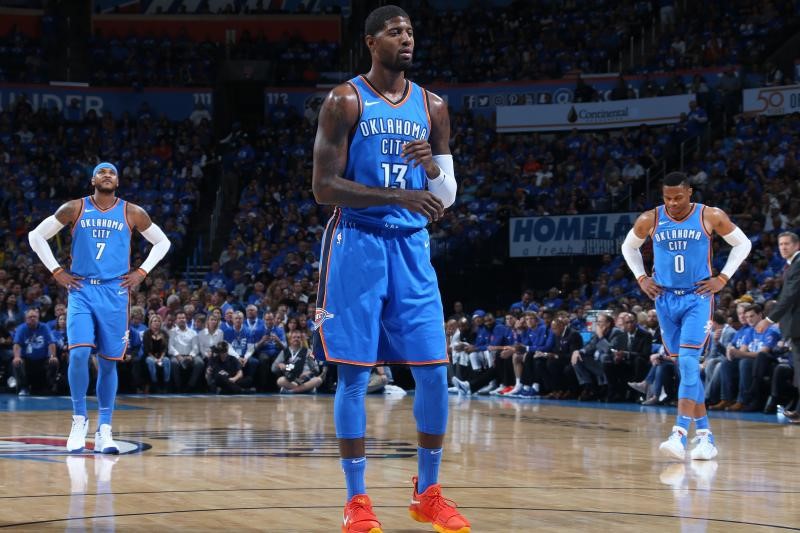 Last season, they had no choice because he was one against the world. With Paul George and Carmelo Anthony, hopefully not. But as we said, OKC has gotten smaller and will have to address that need before the trade deadline. They cannot rely on perimeter scorers to lead them to a title. To get the balance, they need more able big men.

The jury isn’t out on this Thunder team yet. Great as their OK3 are, they have played just nine regular season games together. They have yet to really jell together as a team and are more of playing on their individual strengths to win games. As for getting bigger or staying small, that’s their call. Ideally, the chemistry should come along as the season progresses. Hopefully Russell Westbrook doesn’t have to put up heavy numbers to win.