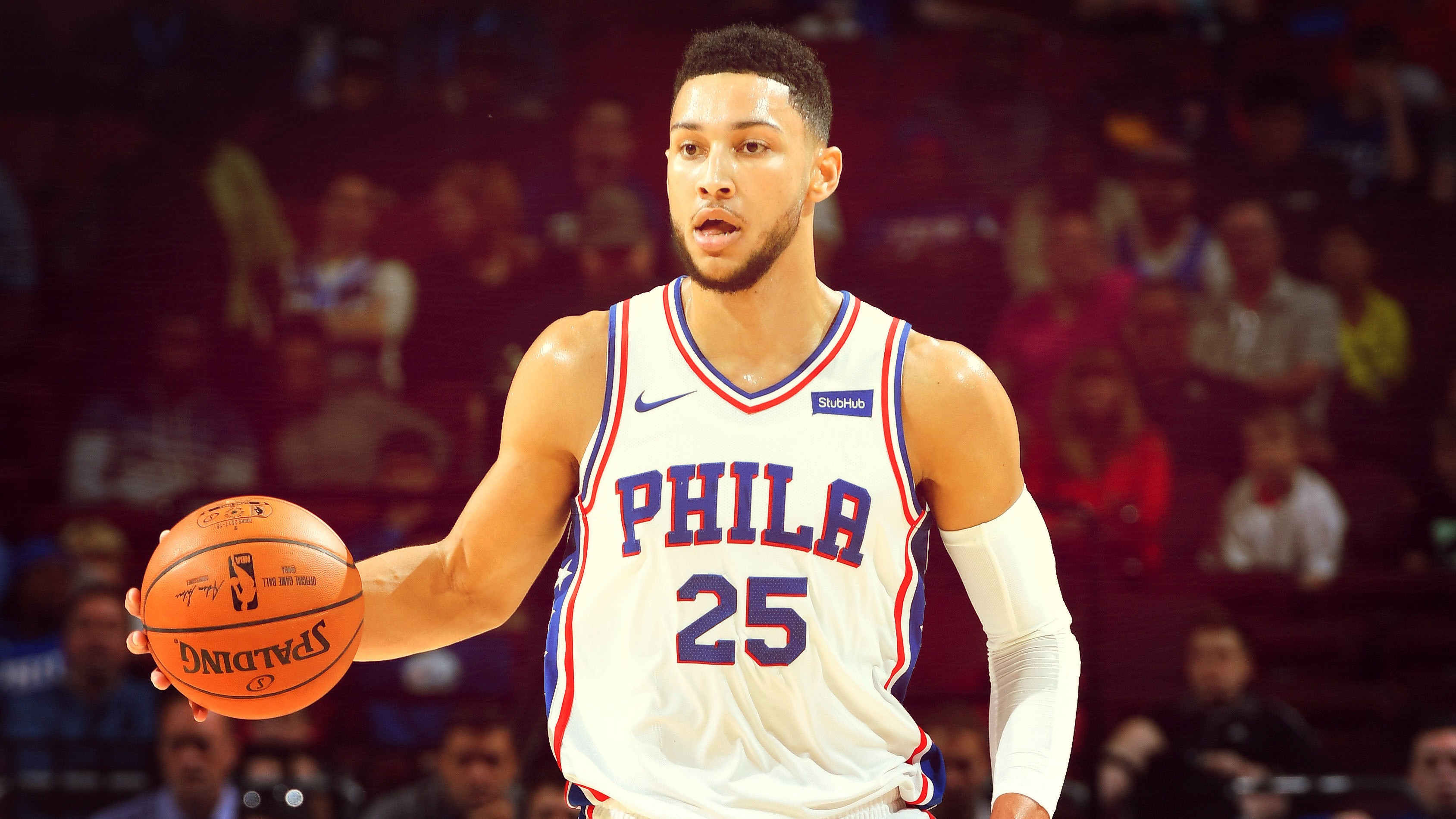 Has Ben Simmons Locked Up The Rookie of The Year Award?

The Milwaukee Bucks’ Malcolm Brogdon edged out his Sixers’ teammates Joel Embiid and Dario Saric for Rookie of the Year Honors.

For Dario and Jo 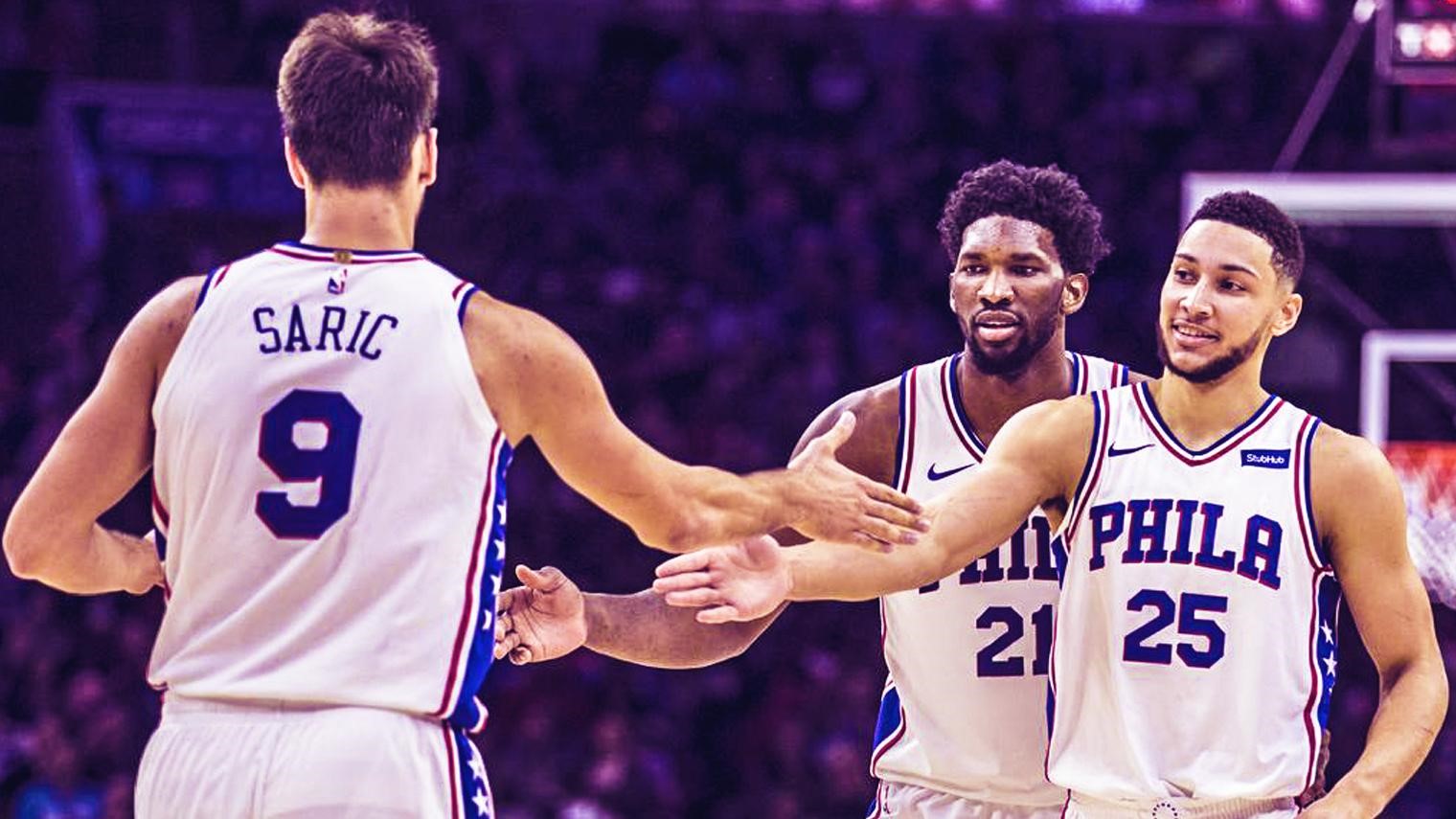 Embiid was a lock to win the award. The Sixers’ big man was averaging 20.2 points, 7.8 rebounds, 2.1 assists and 2.5 blocks per game last season. Then he went out with a season ending injury. In Embiid’s absence, Saric stepped up in his game and proved to be a solid candidate for the award too. Saric ended the 2016-17 NBA season with averages of 12.8 points, 6.3 rebounds, 2.2 assists and 0.7 steals per game.

As expected, Embiid and Saric went on to become finalists for the Rookie of the Year award. But when the day of reckoning arrived, the award went to Malcolm Brogdon of the Milwaukee Bucks. Brogdon became the first non-first round pick to win the award in the common-draft era.

For the season, Brogdon averaged 10.2 points, 2.8 rebounds, 4.2 assists and 1.1 steals per game. He shot .457 from the floor and .404 from beyond the arc. Those numbers are solid but not really impressive. Not more impressive than Emiid’s and Saric’s numbers, not at all. We’re not here to start debating about last year’s results, so let’s leave it there.

Going back, Ben Simmons hasn’t forgotten that day. And when he was asked about winning the Rookie of the Year award this year, he talked about winning it not just for himself but for his teammates as well. In particular, Simmons wants to avenge the Embiid and Saric snub of last season. Said Simmons to NBC Sports:

“I feel like I’d kind of be winning it for Dario and Jo for their year.”

No, he didn’t talk about revenge or stuff, he talked about Dario and Jo making everything easy for him this season. Added the Aussie:

“It would just mean a lot,” Simmons said of the award. “Just playing with these guys, I wouldn’t have got to the stage where I would be considered Rookie of the Year if it wasn’t for them. They make it easy for me.”

For sure, Embiid and Saric have made life much more easier for Simmons to become the player he is today. As for the Rookie of the Year race though, there’s one person who’s not made Simmons’ life easier. And that person is the Utah Jazz’s Donovan Mitchell, who like Simmons isn’t just putting up big numbers for his team but is making his teammates better and getting his team victories. 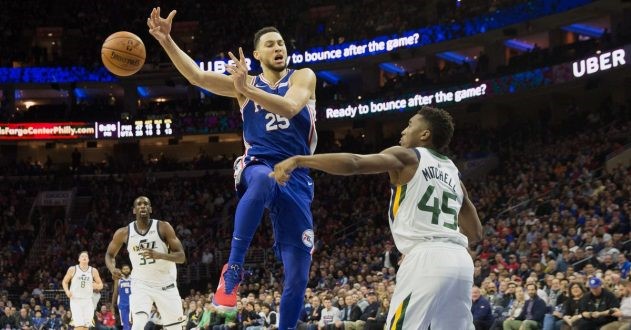 Like Simmons’ Sixers, Mitchell’s Jazz are going to the postseason. But unlike the Sixers, the Jazz’s playoff appearance is surprising. Utah lost Gordon Hayward, their best player to the Boston Celtics in free agency. Likewise, starting point guard George Hill was lost via the free agent market. Fans and experts alike left the Jazz for dead, headed for a rebuild this season. But behind Mitchell’s spirited play and big man Rudy Gobert’s impeccable defense, the Jazz are back in the playoffs. In fact, they have a good chance at having home court advantage in Round 1 for the first time since 2007.

Mitchell’s case for Rookie of the Year is boosted by the fact that the former Louisville product wasn’t a Top 10 pick in the recent draft. At 13 overall in last year’s NBA Draft, Donovan Mitchell is considered as the biggest steal of the draft. And Mitchell hasn’t just become the team’s leading scorer and top offensive option, he has without doubt become the new face of the Utah franchise. Nobody expected that.

Those kind of stories are the stuff that wins awards. Not to say that won it for Brogdon last year, but him coming out of nowhere definitely helped. That should help Mitchell’s case too other than the fact that the Jazz rookie is averaging 20.4 points, 3.7 rebounds, 3.6 assists and 1.5 steals per game.

Despite Mitchell’s very valid claim for Rookie of the Year honors, Ben Simmons has equal right to dispute it. Sure, everybody expected Ben Simmons to put up big numbers because after all, he was the #1 overall pick in the previous draft. And yes, he is technically a rookie this year but he isn’t. He’s spent an extra year over Mitchell and the 2017 rookies in an NBA camp. It’s just that he didn’t play in his rookie year because he was injured.

Simmons also plays alongside Joel Embiid, who is without doubt the #1 player in Philadelphia. We often talk about Giannis, Porzingis, Jokic and Towns as the NBA’s unicorns. But don’t forget to include Embiid in that conversation. The guy is right up there in that alley. In fact, he may be a Top 10 player in the league right now when healthy. 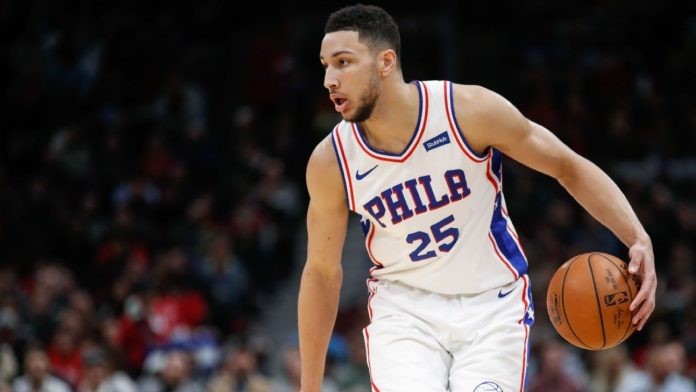 Back to Ben Simmons. Simmons has to play second fiddle to Embiid perhaps the way Kobe did to Shaq. Donovan Mitchell has Rudy Gobert but with the French Stifle Tower more concentrated on defense, Mitchell has the green light to run the offense. Rubio is the playmaker in Utah but take a look at games that go down the wire. It’s Mitchell who has the ball and who makes plays happen for the Jazz.

In Philadelphia, Simmons also has the ball in his hands. Unlike Mitchell though whose primary goal is to score, his is to distribute. That’s correct, 6-10 Ben Simmons is the Sixers’ starting point guard. And that alone is impressive. When Simmons entered the NBA, we all knew that he could do a little bit of everything. But play point guard?

Many of us probably laughed when he first said he would be a full time point guard in the NBA. Most of us expected him to play a role like LeBron James ( he is the closest to LeBron ) does in Cleveland. The Cavs have a point guard but James does playmaking chores too. But alas, Ben Simmons became a Magic Johnson - a very tall point guard in the NBA.

And he’s not just like Magic. Simmon’s became the third player in NBA history ( after Oscar Robertson and Magic Johnson ) to score 1000 points, grab 500 rebounds and hand out 500 assists in his rookie season. If that’s not impressive enough, Simmons’ 12 triple doubles this season is the second most by a rookie in league history. Only Robertson has more at 26. Even Magic only had 7. LeBron James? He got his 12th career triple double in his fifth NBA season.

Still, the knack on Simmons’ ROY claim is that he plays alongside Joel Embiid. But most recently, Simmons have proved that he can lead his team to victory, even without Joel Embiid. 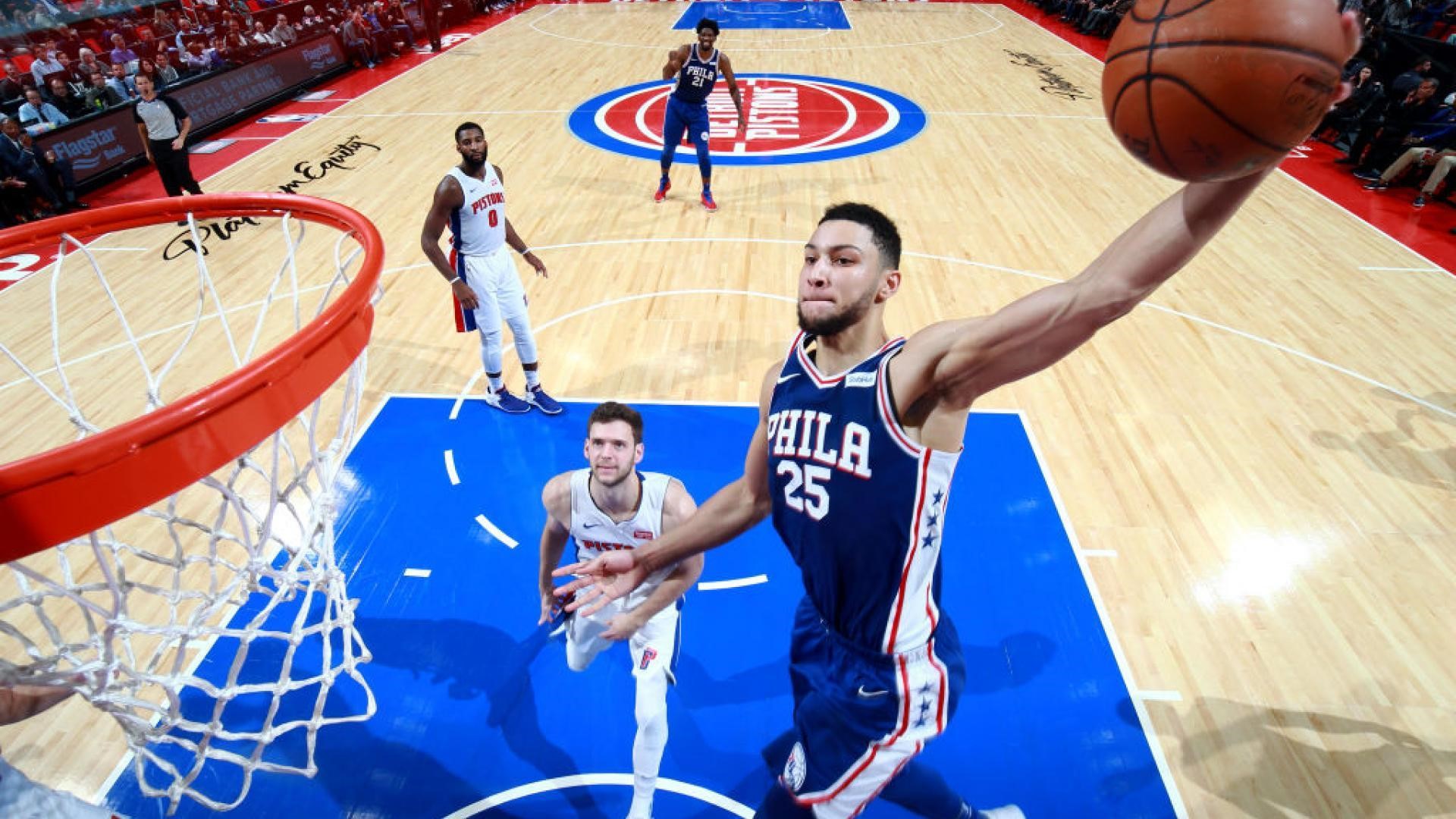 Embiid suffered an orbital bone injury last March 28 and has missed the Sixers’ last 5 games. He is expected to be out for at least two weeks but could be more, depending on the result of the surgery he underwent last March 30. Many thought that the Sixers’ dash for home court advantage in the playoffs would suffer as a result of Embiid’s absence. Instead, the Sixers have now risen to #3 in the rankings, overtaking the Cleveland Cavaliers. But how? Two words: Ben Simmons.

Simmons has taken over the Sixers like it was his team from the beginning. Like a seasoned pro, Simmons has led the Sixers to a record of 5-0 during Embiid’s absence. Sure, four of these games were against teams who are out of playoff contention ( and who may be tanking ), but their most recent win against no less than the Cleveland Cavaliers proved Simmons’ worth.

Simmons didn’t just preside over the team’s 132-130 win over the Cavs, he became the first player to record a triple double in the same game where LeBron James also had a triple double. LeBron James has been king of the NBA for the last 15 years but this young king - Simmons, went mano-e-mano with LeBron and beat the King’s team.

The game against the Cavs had playoff implications written over it. Prior to the game, the Cavs were half a game ahead of the Sixers for the 3rd seed in the Eastern Conference. With the win, the Sixers now have a record of 49-30, now half a game over the Cavs at 49-31. So Simmons didn’t just go toe to toe with LeBron James in an epic duel, he did so in the biggest stage, where playoff seeding was on the line.

In the five games he’s played without Embiid, Simmons has been spectacular. He’s averaging a triple double at 18.2 points, 10.4 rebounds, 10.2 assists, 1.0 block and 2.0 steals per game. He’s recorded a double double in four of those games and a triple double in two. 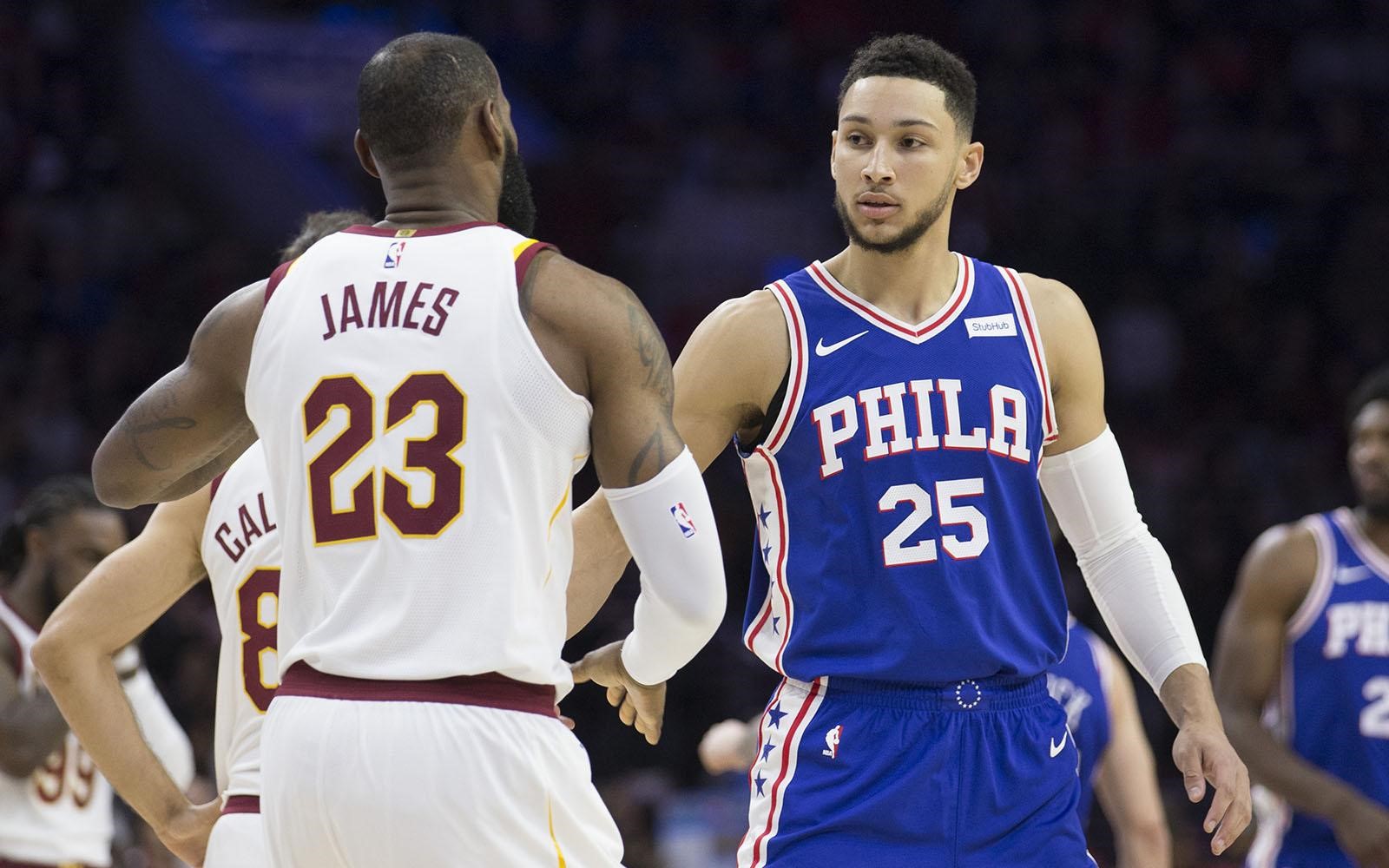 Donovan Mitchell continues to put up big numbers in Utah. The Jazz have a good shot at finishing fourth in the West and that too is pretty much impressive. We don’t know how the Rookie of the Year voting will go down but somehow, it feels like Ben Simmons has locked up that award.

Not only is Simmons producing great all-around numbers and helping his team win, he’s also been putting his name in the NBA record books. That’s something that Donovan Mitchell hasn’t done. Look, it’s not about records. Donovan Mitchell leads the NBA in rookie scoring. But Ben Simmons ranks 4th in the entire NBA in assists, 8th in steals and 3rd in triple doubles. It’s not even about stats.

Much as we admire Donovan Mitchell’s killer instinct and willingness to take the big shots, Ben Simmons is kind of different. As JJ Redick put it: He sits behind a glass wall and looks at everyone else on the other side. He doesn’t display the kind of fire that Mitchell or even Kyle Kuzma does on the court. Simmons’ demeanor doesn’t seem to change. But that doesn’t mean he plays with less intensity. That kind of composure and maturity is what makes Ben Simmons stand out. That’s what tells us he’s going to be one of the greats of this game and one of the best players in the coming years.

As for Rookie of the Year, let’s put it this way. Donovan Mitchell is dominating the rookie categories. But Ben Simmons is doing it at the league level, against the best in the business. Rookie of the Year? No question, Ben Simmons has locked that award. He’s erased the doubts in the last five games he’s played.