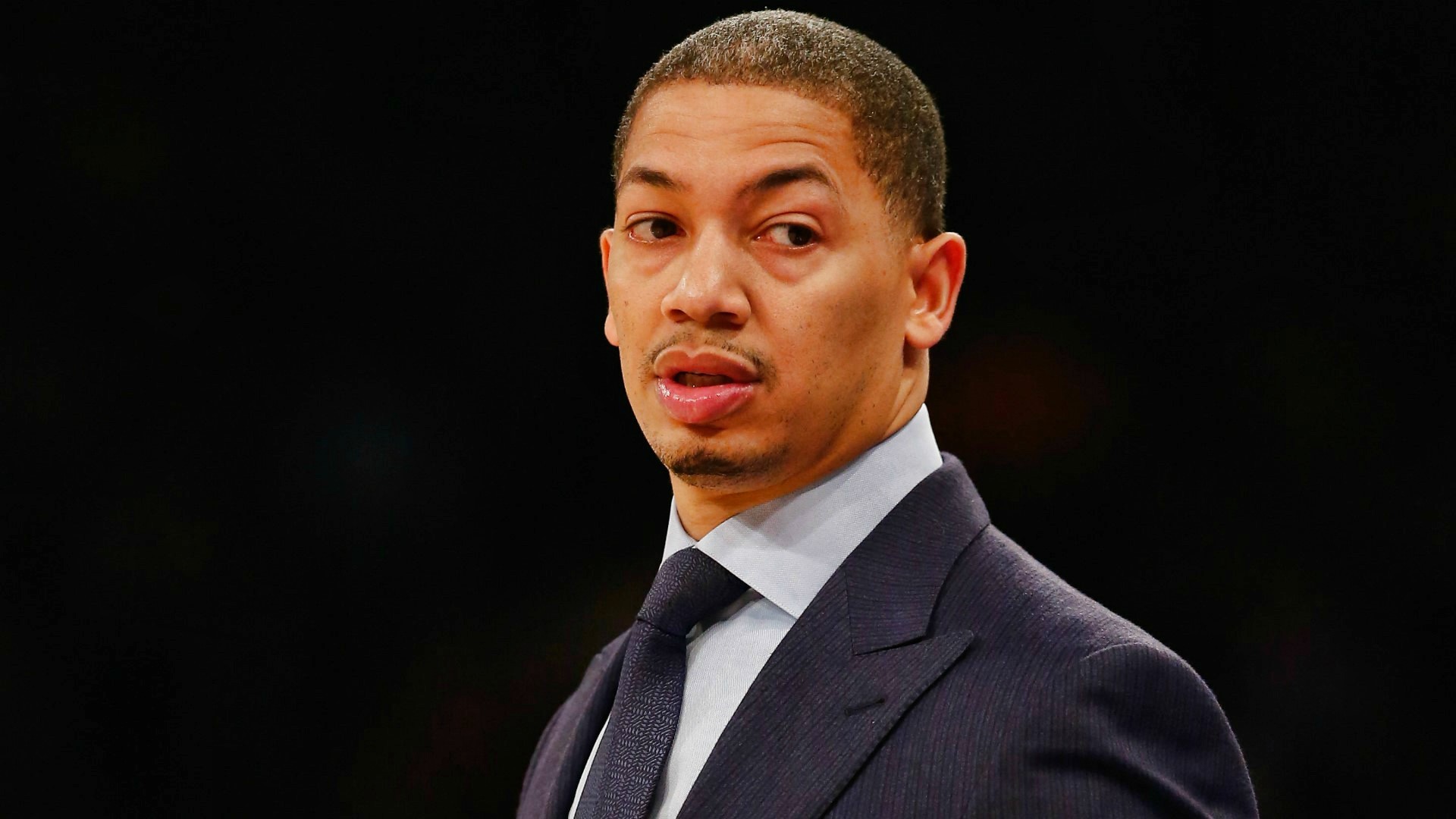 And another one bites the dust.

The Cleveland Cavaliers are having a tough season, not just in the team standings but also in staying healthy. Right now, the Cavs are still missing the services of All-Star forward Kevin Love, who has been out since January following a broken hand. Although Love is reportedly targeting a return on either March 21 ( against the Raptors ) or March 23 ( against Phoenix ) , nothing yet is set in stone for the 29 year old UCLA product.

Aside from Love, the Cavs are also missing big man Tristan Thompson who suffered a sprained right ankle earlier this month. No timetable has been set for Thompson as the initial word on him was that he is going to miss ‘multiple games’ due to that injury. 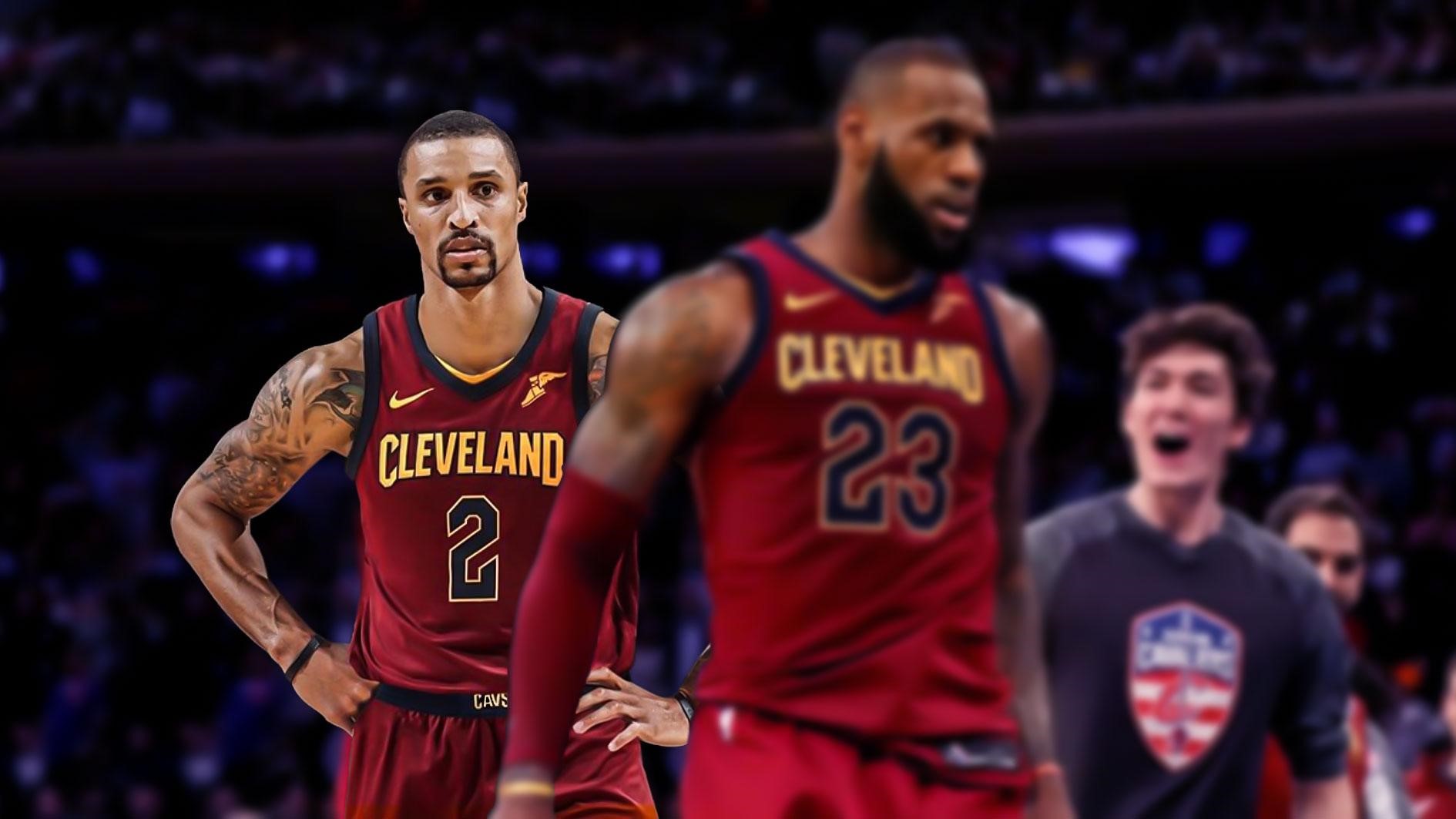 During last Saturday’s win over the Chicago Bulls, the Cavs suited up just nine players. Aside from Love and Thompson, several other players missed the game with various illnesses. Forward Rodney Hood, who is suffering from back strain, was given a precautionary rest. Larry Nance Jr. suffered a right hamstring pull and missed his second straight game. Cedi Osman was out for his fourth straight game due to a left hip flexor injury. Meanwhile, Kyle Korver wasn’t with the team because he had to attend to a family member’s medical emergency.

It wasn’t a problem though for the Cavs as LeBron James recorded his 70th career triple double, his 15th of the season, as the Cavs beat the Bulls 114-109. Overall though, missing players through several stretches this season has been one of the reasons why the Cavs have fallen off the Top 2 spots in the Eastern Conference. 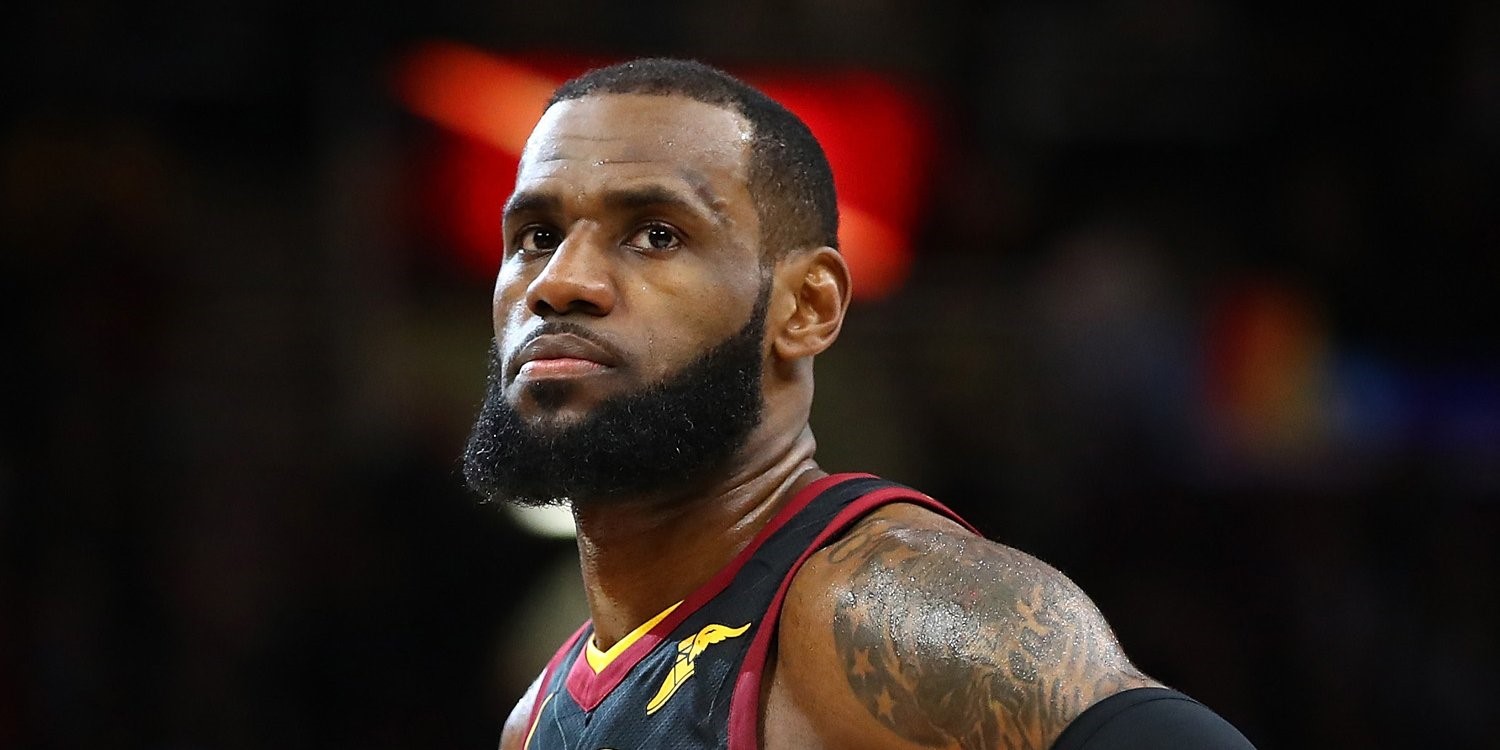 None of the injuries have hurt more than Love’s. Cleveland has been just a mediocre team without Kevin Love. The Cavs are an even 10-10 since love hurt his hand during the Cavs’ game against the Detroit Pistons last January 30th.

But with Love’s return probably imminent this month, another ‘injury’ to an all-important team member has struck the Cavaliers. This time, it’s head coach Tyronn Lue who has taken a surprise leave of absence for the Cavs due to health issues.

In a statement, Lue said:

“After many conversations with our doctors and Koby and much thought given to what is best for the team and my health, I need to step back from coaching for the time being and focus on trying to establish a stronger and healthier foundation from which to coach for the rest of the season.
I have had chest pains and other troubling symptoms, compounded by a loss of sleep, throughout the year. Despite a battery of tests, there have been no conclusions as to what the exact issue is.
While I have tried to work through it, the last thing I want is for it to affect the team. I am going to use this time to focus on a prescribed routine and medication, which has previously been difficult to start in the midst of a season. My goal is to come out of it a stronger and healthier version of myself so I can continue to lead this team to the Championship we are all working towards.
I greatly appreciate Dan Gilbert, Koby Altman, our medical team and the organization's support throughout."

It can be recalled that Lue left the Cavs’ game last Saturday. With Cleveland up 63-59 at the half, Lue handed over the coaching duties to assistant Larry Drew as he remained in the locker room even after the break. 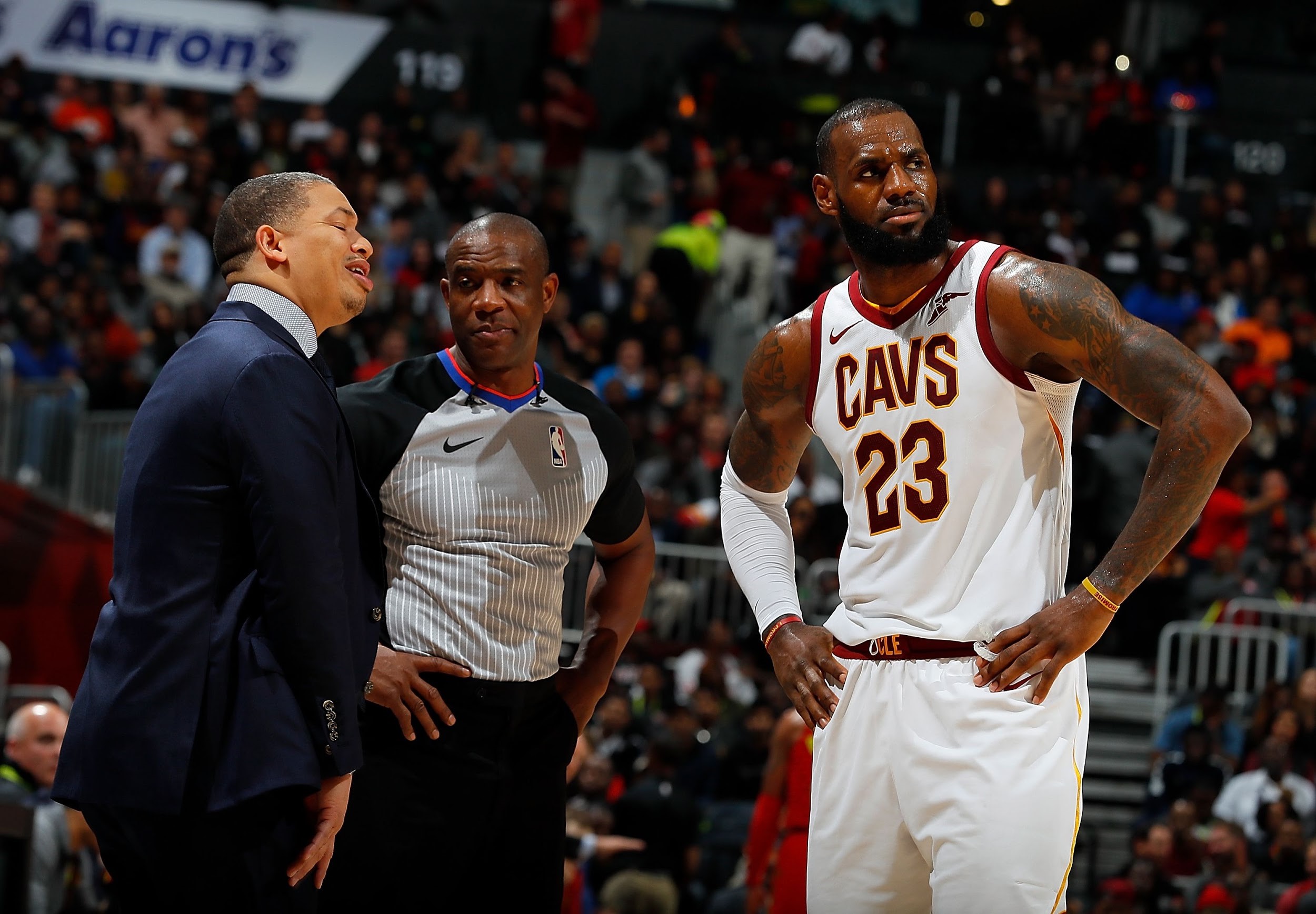 The incident wasn’t the first time that Lue had missed a game after calling in sick. Lue didn’t coach the Cavs’ December 21 game against the Bulls ( coincidentally the Bulls ) because of an undisclosed illness. Lue needed to stay in the locker room after doing his pregame media duties. Then on February 6th, Lue exited the Cavaliers’ game against the Orlando Magic because he was not feeling well. Now we know why. Or at least have an idea of what’s going on with Tyronn Lue.

It has been a very tough season for Lue as coach of the Cavs. He has not only had to deal with the injuries this season but he had to make major adjustments after Kyrie Irving demanded a trade before the 2017-18 season began. Irving played a huge part in Cleveland’s three straight Finals appearances and made the big shot that won them the NBA title in 2016.

Likewise, the Cavs’ Isaiah Thomas experiment didn’t work and Lue had to re-adjust his game plan again after the Cavs overhauled their roster during February’s trade deadline. With new rotation players like George Hill, Rodney Hood, Jordan Clarkson and Larry Nance Jr, Lue and the Cavs were left with no choice but to learn how to play with each other on the fly.

With Lue out, Larry Drew has been annointed as the interim coach for the Cleveland Cavaliers. The 49 year old is a veteran both as a player and as a bench tactician. Drew was the Detroit Pistons’ 17th overall pick in the 1980 Draft after playing four seasons at the University of Missouri.

In 714 NBA games played, Drew had career averages of 11.4 points, 5.2 assists and 1.8 rebounds. He played for the Pistons, Sacramento/Kansas City Kings, Los Angeles Clippers and Los Angeles Lakers. As a bench tactician, Drew served as assistant coach for the Lakers, Wizards, Nets and Hawks. He was formerly head coach of the Hawks and the Milwaukee Bucks. He started as assistant coach for the Cavs in 2014.

Drew has a coaching record of 143-169 in regular season games, 10-14 during the postseason. He led the Hawks to three playoff appearances from 2011 to 2013. Drew was named as NBA Eastern Conference Coach of the Month for December 2013. 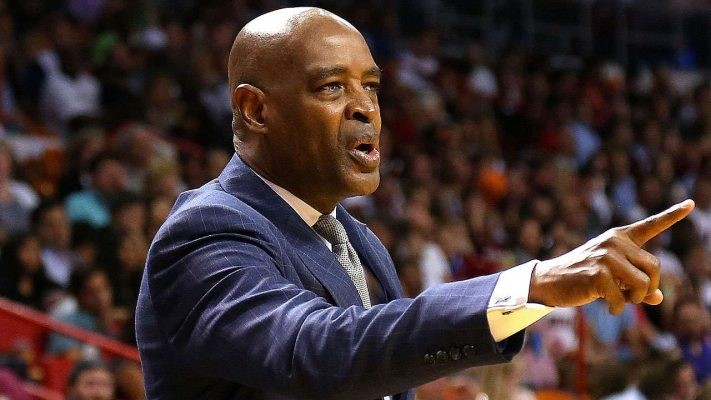 Drew has a big task at hand. While James and the Cavs say that Lue’s leave of absence was long overdue, it’s still going to impact the team both short and long term this season.

Cleveland is currently 3rd in the Eastern Conference. With 13 games left to play, it is almost impossible that they can catch up with either #1 Toronto or #2 Boston who are at least 6 games up in the team standings. On the other hand, the Cavs are just half a game ahead of the 3rd seeded Wizards and the 4th seeded Pacers. Although it’s unlikely that they’ll fall out of #8, the Cavs are battling it out toe to toe for positioning.

Of their 13 games left in the regular season, eight will be at home and only five on the road. However, the Cavs will play against six teams with winning records including two against the Eastern Conference leaders Toronto Raptors.