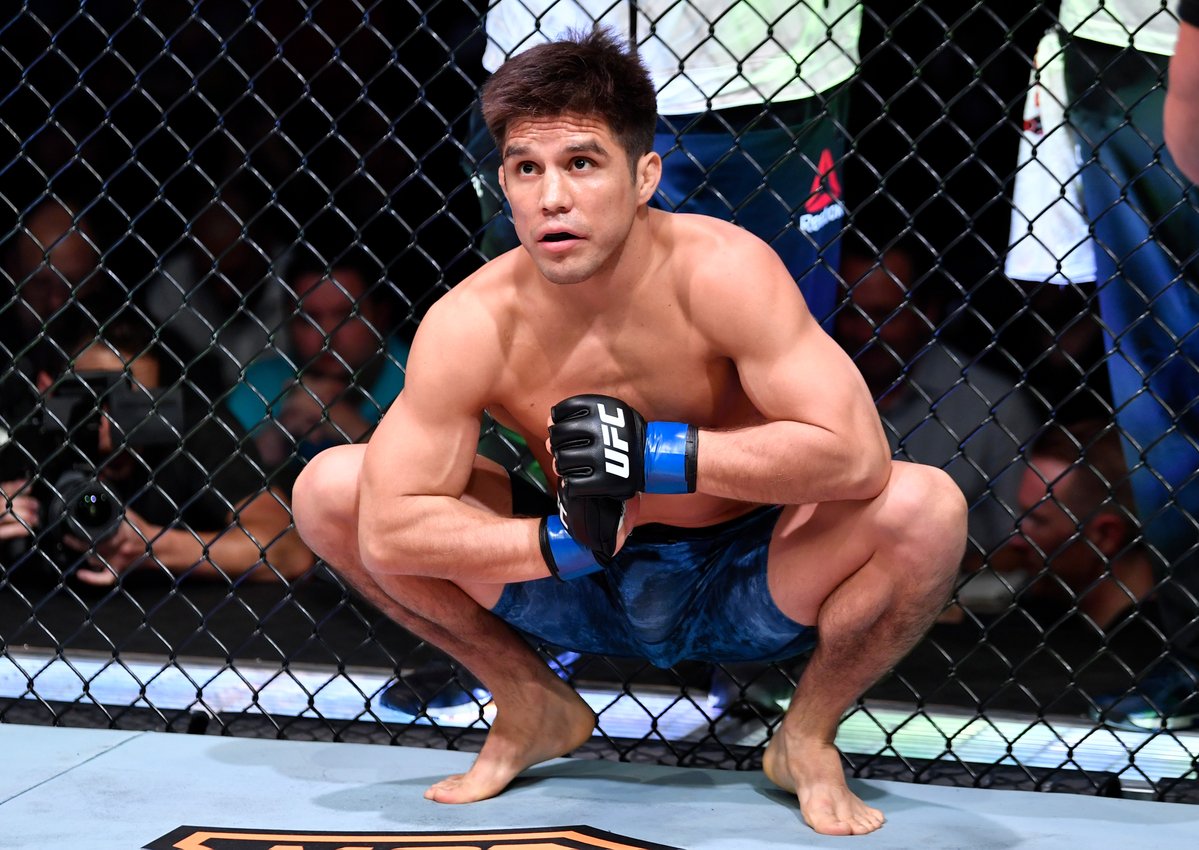 No one gave Henry Cejudo much chance to defeat Demetrious “Mighty Mouse” Johnson at UFC 227. After all, Johnson dispatched Cejudo within one round just two years ago when the latter first challenged for DJ’s UFC flyweight belt.

Many expected Cejudo to give a better account of himself in the rematch. But none expected that he would become the fighter to end the six year reign of the UFC’s inaugural flyweight champion. In what may have been the greatest UFC flyweight title bout of all-time, Cejudo defeated Johnson via split decision with scores of 48-47, 48-47 and 47-48.

“I came in, I was knocked out in the first round two years ago, and this time I came in and defeated the legend and now I’m the champion.” Said Cejudo after the fight.

The lesson is simple: You rise each time you fall. Cejudo fell the hardest in their first encounter, he rose above every expectation to win the rematch. Now he can add UFC gold to his Olympic gold medal.

The difference in the fight was Round 2 which two judges gave to Cejudo. If we look back at that round the most significant thing that Cejudo did during that round was to take Mighty Mouse down for the first time in the fight.Overall Cejudo landed three out of 11 takedowns but there was none better than the first time he put Mighty Mouse on his back.

Credit to Mighty Mouse, Cejudo wasn’t able to do significant damage while on top half guard. After eating a couple of left hands, Johnson immediately scrambled back to his knees. Still, that takedown was huge enough to win a close round 2 for Cejudo. At the end of the day it was all the difference he needed to pull off one of the biggest upsets in UFC history.

Coming to the fight, many were convinced that this was going to be another routine outing for Demetrious Johnson. In fact, during the lead up to the fight, there was little mention of Cejudo from the UFC and even DJ. What was more talked about was a potential super fight between Mighty Mouse and the winner of the UFC 227 main event.

For years ,Demetrious Johnson had been thinking about moving up to face the bantamweight champion in a super fight. During T.J. Dillashaw’s first reign, those talks heated up. When Dominick Cruz defeated Dillashaw to become the UFC bantamweight champion a second time, a rematch between him and Mighty Mouse was also being pushed.

It can be recalled that before Johnson put on his remarkable winning run, he once challenged Cruz for the UFC bantamweight title in 2011. DJ lost that fight via unanimous decision with Cruz winning dominantly over the much smaller Johnson 50-45, 50-45 and 49-46.

After that loss, Johnson entered the UFC flyweight tournament and became the promotion’s inaugural flyweight champion in September 2012. He successfully defended his belt more than any other champion in UFC history at 11 times. His reign lasted 27 days short of six years and during that period he cleaned out his division, beating top contender after another while becoming the top pound for pound fighter in the sport.

The longer his reign became, the more unbeatable Mighty Mouse looked. That’s perhaps the reason why perhaps nobody took Cejudo seriously. After all, DJ had beaten him up two years ago and stopped him within one round. But Cejudo got better these past two years. He improved his striking and trained harder. Not saying that DJ didn’t train as hard because he did. But Cejudo was just more determined this time around.

Johnson did not look overconfident. He looked like the same old D.J. But against Cejudo, the gap that separated Mighty Mouse from the rest of the flyweight division looked like it became smaller. While Johnson remained cat quick as usual, Cejudo looked stronger than ever and perhaps even too strong for DJ to handle.

The fight was very close and you can make an argument that Demetrious Johnson won that fight. After all, he outlanded Cejudo 121-80 in total strikes and 81-51 in significant strikes landed. But MMA scoring isn’t about point fighting. It’s also about other things like the takedowns (where Cejudo had a 3-1 edge) and ring generalship which Johnson didn’t have much of on Saturday night. Sure, Cejudo was outlanded for five rounds. But if you break the fight down by rounds, it does appear that Cejudo won three of five rounds. Against, Round 2 was the key and the takedown spelled the difference for the Olympian.

After the fight, Mighty Mouse was gracious in defeat. During the post fight octagon interviews, he kept on saying that Cejudo was bigger and stronger. DJ was right on that one. Henry Cejudo showed up with a bigger physique for the rematch. He used it to be physical against the diminutive Mighty Mouse and it worked for him.

Cejudo talked about fighting the winner of the T.J. Dillashaw vs Cody Garbrandt main event next. Dillashaw won the fight and that should close the chapter on Cody Garbrandt. Reporters at the post fight press conference talked about the popularity of a super fight between Cejudo and Dillashaw who both hail from California and matching them, possibly at the Staples Center again, could bring in big money for the UFC. Dillashaw was non-committal about that fight, saying he wanted to enjoy his victory first before he takes up the matter with his team.

Deserving Of An Immediate Rematch

But if there’s one fighter who deserves a rematch more than anyone in the UFC roster, it is Demetrious Johnson. The guy carried his division for nearly six years and cleaned out his opposition. Not to mention, he owns a 1st round knockout win over Henry Cejudo himself. It would not be a bad idea for Dana White to grant Mighty Mouse an immediate rematch because he’s earned it. The question is whether Johnson still has appetite for his old belt or if he is more motivated to win a second one at 135 pounds.

At 31 years of age, Demetrious Johnson is still very far from the end. In fact, he may only be beginning to reach his athletic prime. Saturday’s defeat ended his winning streak and stranglehold of the flyweight division. But if you watch the fight again, that was as close as any title bout could go. Sure, there was a winner but there was no clear loser. It only made the flyweight division interesting again.

Johnson’s focus now though is his family. His wife Destiny is due to give birth to their third child. For Mighty Mouse that is what matters more right now. But after the third little Mighty Mouse is born, you bet the hunger will return again. For a guy his talents, you bet he’s gonna return with a vengeance and Henry Cejudo better be ready because he has awakened a sleeping “little” giant.