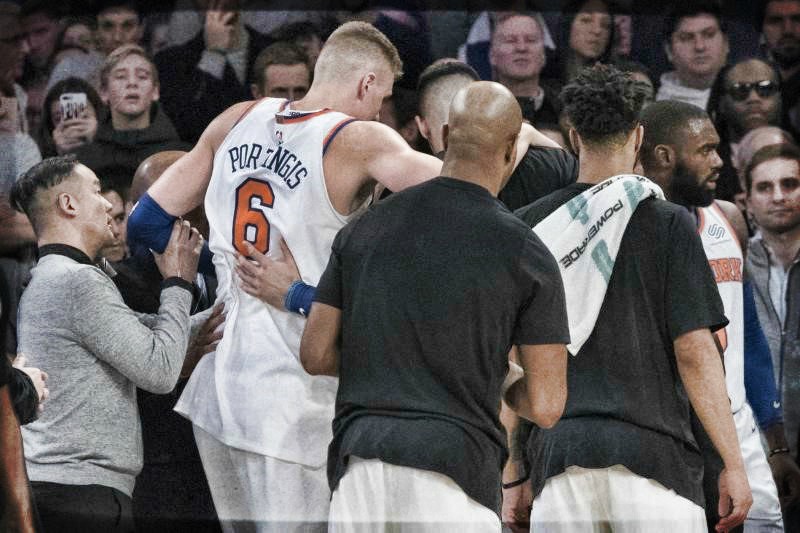 The New York Knicks suffered a devastating blow when Kristaps Porzingis tore his left ACL during the team’s 103-89 home loss to the Milwaukee Bucks on Tuesday.

The injury occured in the second period after Porzingis dunked on Giannis Antetokounmpo and landed on the Greek Freak’s foot. The Latvian Unicorn immediately went down in obvious pain and had to be carried off the court. An MRI later revealed the ACL tear on his left knee, leaving the Knicks and their fans in sorrow. Not only do their playoff ambitions go off in smokes right away, they will also be without Porzingis for a considerable period of time. 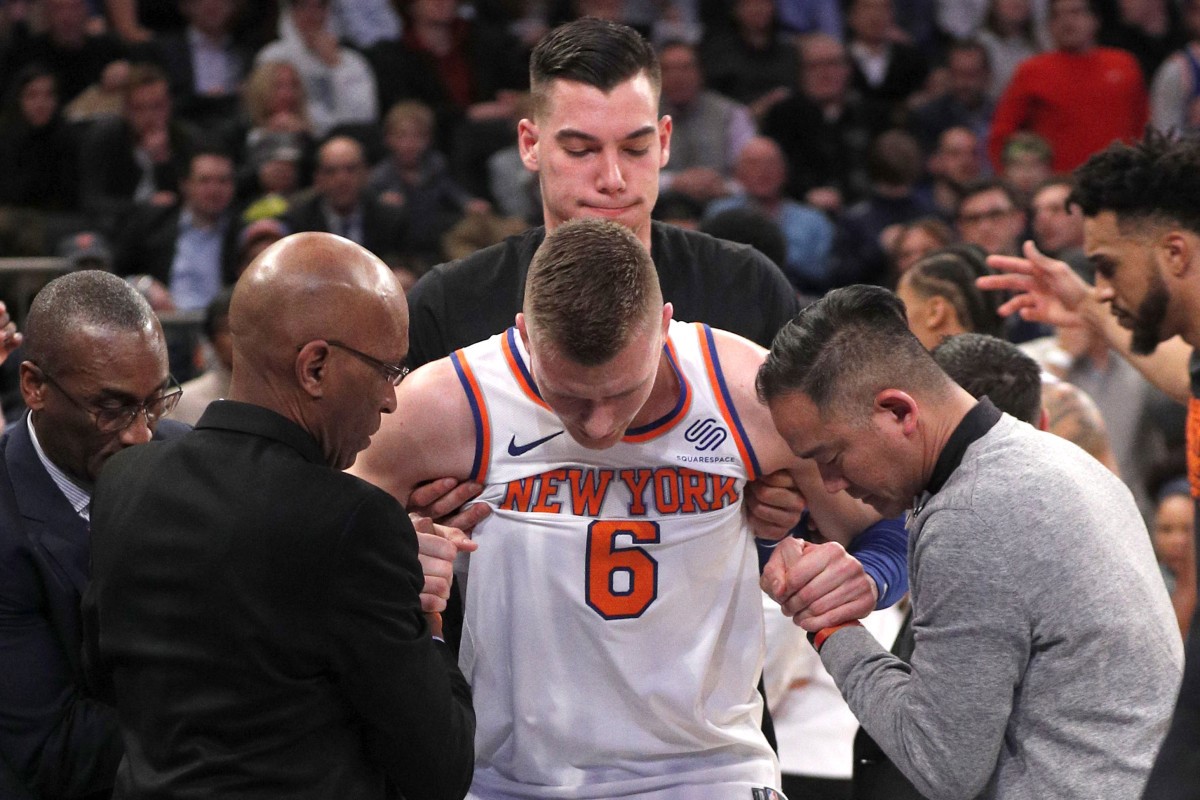 Not only will Porzingis miss the rest of the season, he is also expected to miss at least the first half of the 2018-19 NBA season. The estimated recovery time for an ACL tear is roughly 10 months but if we take a look at recent history, it could take just a little bit longer for the Zinger to be back.

The Chicago Bulls’ Zach LaVine tore the anterior cruciate ligament ( ACL ) of his left knee on February 3, 2017 when he was still playing for the Minnesota Timberwolves. The former Slam Dunk king made his return in January 13, 2018, just three weeks off from being a one year layoff. On the other hand, the Milwaukee Bucks’ Jabari Parker tore the ACL of his left knee five days after LaVine suffered a similar injury. Parker played his first game of the season last February 2, 2018 or just 6 days shy of a one year absence.

With Porzingis’ future value similar to or even higher than LaVine and Parker, the Knicks are expected to take the cautious road with him and play him only when he is absolutely 100% ready to play, just like what the Bulls did with Zach LaVine and the Bucks did with Jabari Parker. Having said that, if all goes well with Porzingis’ recovery, we should expect him to be back between January to February 2019. 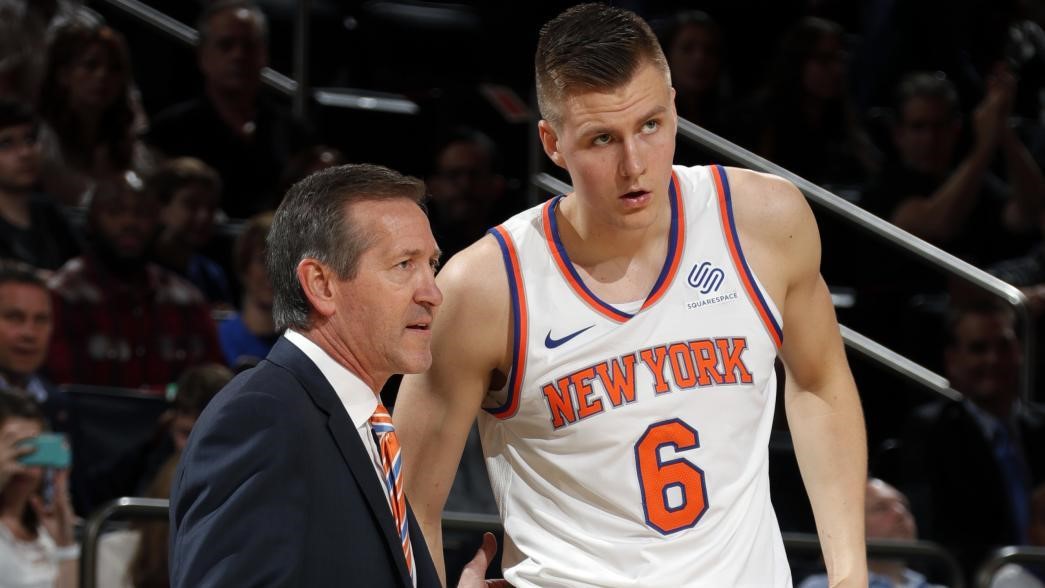 The date of Porzingis’ return is important to the Knicks because it will chart their plans for the future. Without Porzingis for the first half of the 2018-19 season, it would be very difficult for the New York Knicks to contend for a playoff spot next season. This could make the team shift its attention to the 2019-20 season instead.

Prior to his injury, the Knicks were thought to be buyers before this year’s trade deadline because even while they are out of playoff position right now, the Knicks were expected to make a push for the postseason rather experiment with their young roster the rest of the way and consider this season as lost.

In that scenario, the Knicks would’ve actively looked for immediate help, especially from seasoned veterans, to help Porzingis give the Knicks that final push. Under this idea, the Knicks would’ve included dangling future picks in order to get players who could contribute immediately to the team. Names like Lou Williams ( before he signed an extension with the Clippers and Tyreke Evans ). 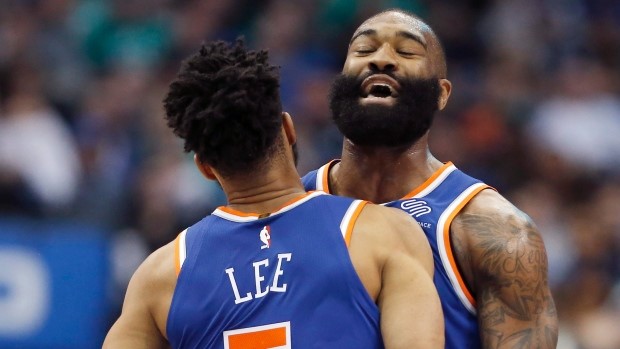 But now that the Porzingod is gone, the Knicks will become the opposite. As sellers, they will be actively shopping their most sellable assets in exchange for future help. In this case, the Knicks would no longer be interested to trade future picks because their focus will be well, the future.

With the playoffs for this season and next year almost a mission impossible, the Knicks will have not much use for veteran contributors like Courtney Lee and Kyle O’Quinn whose deals end in 2019. Make no mistake, both Lee and O’Quinn are having excellent seasons but that’s the very reason why they will be the likely trade candidates.

The Knicks can trade Lee and/or O’Quinn for players with two years left on their contracts so that they can have additional cap space for the 2019-20 season. But because Lee and O’Quinn have high trade values right now, the Knicks should ask future picks in a package. Or to make it simpler, they can directly trade one or both of them for a late first round pick or a high second rounder. 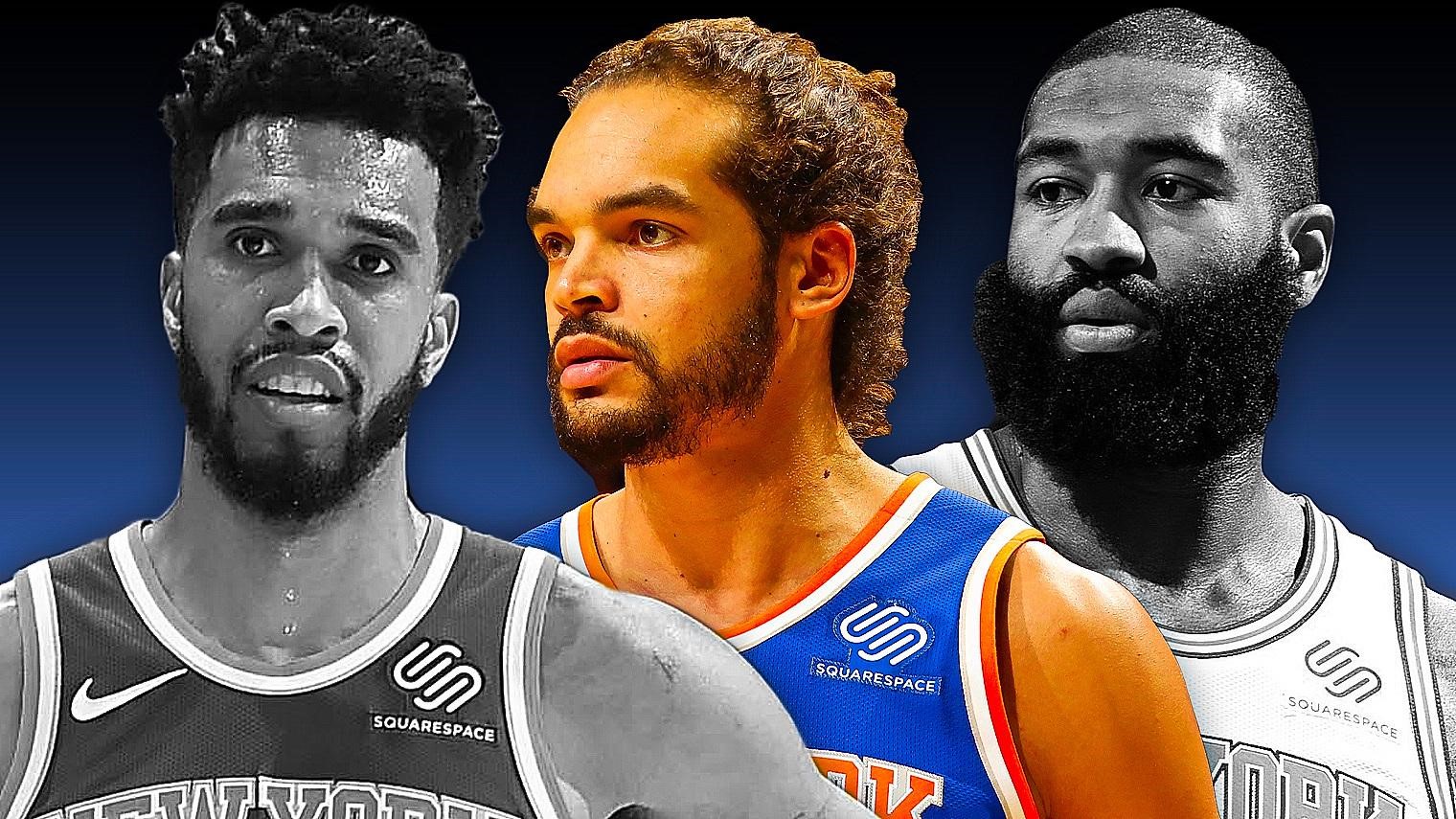 Joakim Noah’s albatross contract is virtually untradeable but by 2019-20 , he will be on the final year of his contract, making him easier to trade. If they still can’t find a taker, the Knicks can also stretch Noah and have a cap hit of just $6.4M ( for three years beginning 2019 ) instead of $19.295M.

By that time too, Enes Kanter will have played up his existing contract, giving the Knicks some $18.6M in cap room after the 2018-19 season. Likewise, only $1M is guaranteed from Lance Thomas’ 2019-20 salary, giving the Knicks more possible cap space if so they choose.

With significant cap space free for the summer of 2019, the Knicks can go for top free agents like Kawhi Leonard, Jimmy Butler, Klay Thompson and Kemba Walker among others. These are the kind of superstars that the Knicks need to pair with Porzingis in order to become a playoff team again. 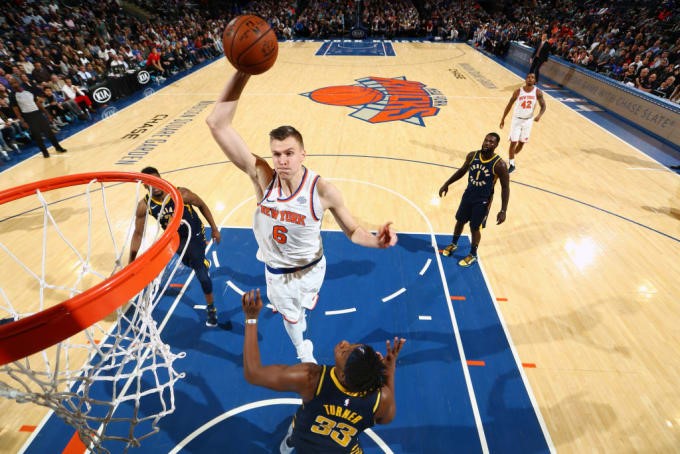 Speaking of contracts, Porzingis himself will become eligible for the designated rookie scale maximum contract, similar to the five year $148M deals recently signed by Andrew Wiggins of the Minnesota Timberwolves and Joel Embiid of the Philadelphia 76ers. That extension must be offered by the team and signed by the player. With Porzingis wanting to be a Knick for life, he’ll likely sign that deal if it’s offered to him. The question is will New York offer it thou)gh, given the risk of his injury status?

In the case of Zach LaVine and Jabari Parker, no such agreement was reached, meaning both will have to go through restricted free agency instead. But the case of Porzingis is different because after all, he’s a unicorn. He is a once in a lifetime talent and as such, the Knicks are likely going to roll the dice on a max extension even if he’s still on the injured list.

Lastly, the most important part of this ordeal is how quickly ( or slowly ) will Porzingis return to his old form. Thru 11 games played, LaVine has worked out just fine with the Bulls, coming up with big games and even recently coming up with his first poster worthy dunk as a Bull. But his current scoring average is three points per game less than his scoring average before the ACL injury.

In three games played, Jabari Parker has showed flashes of his old form but is still unable to put together a big game, mainly because of his minutes restriction. The limited playing time plus ring rust are going to be Porzingis’ main challenge on the court once he returns. Outside it, he must remain confident that he can be the same or even better player than he was before he left.

The Knicks once lost a great player to ACL injury, they sure hope that’s not the case here. Bernard King was all-star who led the league in scoring before suffering a knee injury. The Knicks left him hanging after his contract expired and he signed with the Washington Bullets where he regained his all-star form.

The circumstances are different though because King was 30 when he got hurt while Porzingis is still 22. Still, given that both are franchise players and both suffered a similar injury, one can’t help but draw comparisons and keep his fingers crossed. Likewise, times have changed. Improvements in science and technology have made it easier to return from such serious. The Knicks can only hope right now that when Kristaps Porzingis returns, the only difference would be that he will be bigger, stronger and better.