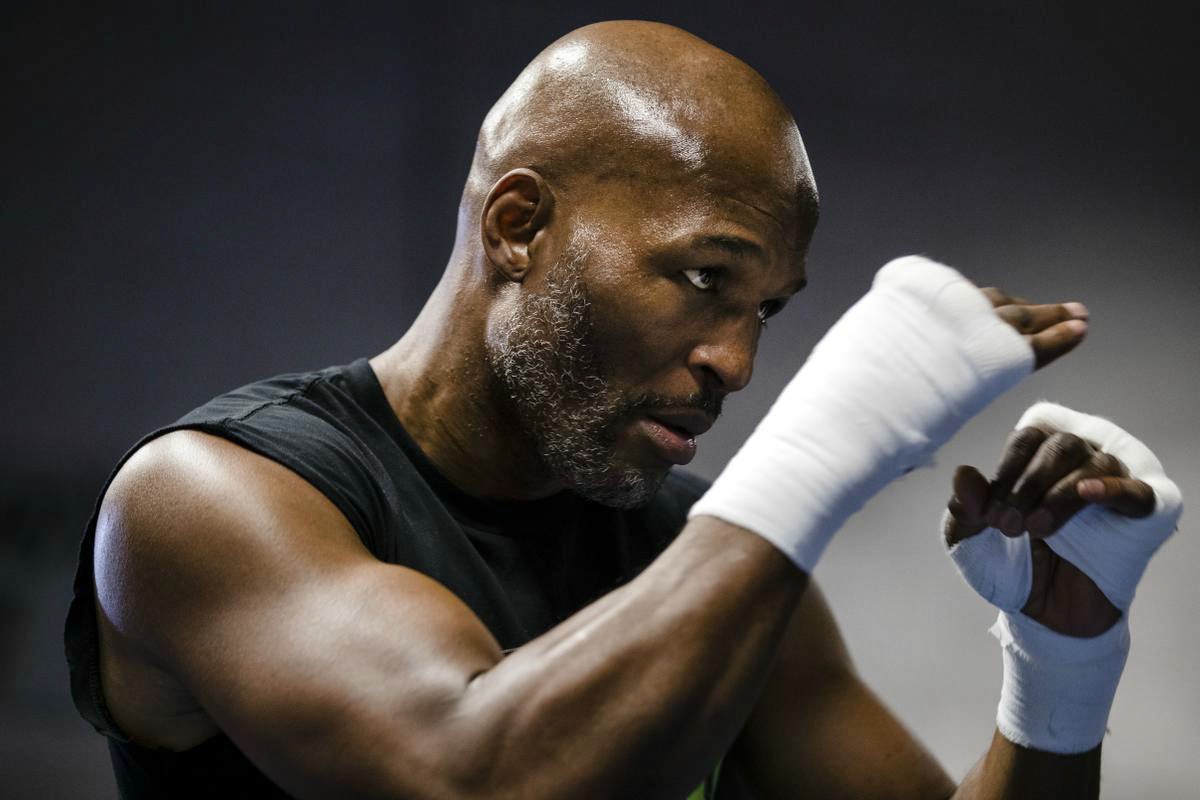 How Much is Bernard Hopkins Net Worth?

Bernard Hopkins is known as one of the best and longest reigning boxing middleweight champions of all-time. He is also hailed as the oldest man to win a world boxing title. He set that record in 2011 and broke that several times afterwards.

Hopkins is a ring tactician. He doesn’t have the aggressive offensive style of Manny Pacquiao but isn’t too conservative and defensive as Floyd Mayweather Jr. Rather, Hopkins is known as a highly strategic fighter who possesses power, defense and counter punching skills.

Early in his career, he was known as the Executioner and with his slew of victories at middleweight, he certainly earned that monicker. Late in his career, he referred to himself as the Alien because of his otherworldly longevity which ws him fight until his early fifties.

Hopkins is now retired and enjoying the spoils of a long and hard fought boxing career. Let’s take a look at Hopkins’ career and how much money he made during his glorious boxing career.

One of Hopkins’ known and rather interesting endorsement deals came during his 2001 middleweight title unification bout with Puerto Rican superstar Felix Trinidad. When Hopkins removed his robe moments before the opening bell, he revealed a temporary tattoo on his back. And what was that tattoo about? The ink pitched GoldenPalace.com, an online casino operating out of Costa Rica.

Because it was temporary, it was almost sweated off after the third round. Even then, the name Golden Palace stuck, because it was advertised on the fighter’s back not patched on his robe, short or some t-shirt he wore. That revolutionized boxing advertising. Surprisingly, Hopkins reportedly earned $100,000 for allowing his back to be tattooed with the name of the online casino.

But shrewd as Hopkins is, he didn’t keep the money. Instead, he bet it on the fight at 2.5 odds. Because he defeated Trinidad, Hopkins walked home with $350,000 instead of $100,000. That was aside from the $2.7M fight purse he received for fighting Tito Trinidad.

That wasn’t the only time that Hopkins bet on himself. In 2006, then 41 year old Bernard Hopkins challenged Ring light heavyweight champion Antonio Tarver. Hopkins didn’t just beat Tarver via a lopsided decision, he also won a $250,000 bet against his opponent. Hopkins and Tarver bet that Tarver would stop Hopkins within the first six rounds of the fight.

Perhaps the reason why Hopkins didn’t have as many endorsements as say Oscar De La Hoya or Floyd Mayweather had was because of his history as a convicted felon. Hopkins grew up in the rough Raymond Rosen Housing Project in Philadelphia. At a young age, he was exposed to criminal life.

At the age of 14, Hopkins spent 30 days in a hospital after he was stabbed with an icepick over a craps game. A year later, he was stabbed again in the back. Hopkins would later say he didn’t know why he was stabbed although he admitted he did a lot of wrongs to many people.

By the age of 17, Hopkins was convicted of nine felonies and sentenced to 18 years in jail at the Graterford Prison. One sentence ran from five to twelve years. The second one, which ran consecutively, had a penalty of three to six years imprisonment. Back then, he had just finished eleventh grade.

Hopkins served five years in jail and it was during his time in prison that he got hooked to boxing. Hopkins used boxing as an outlet to change his life. Inside prison, Hopkins trained and took the sport seriously. When he finally got out of jail in 1988, Hopkins immediately turned professional.

B-Hop lost his pro first bout to Clinton Mitchell. He took 16 months off before defeating Greg Paige in his next bout. From 1990-1992, Hopkins went 21-0 with 16 knockouts. 12 of the knockouts came in round 1. That string of victories earned him a shot at Roy Jones Jr.’s IBF middleweight title in 1993. Hopkins lost for only the second time in his career.

A year later, Hopkins got another shot at the IBF belt, this time against Segundo Mercado of Ecuador. The bout ended in a split draw and a rematch was scheduled. Hopkins defeated Mercado via 7th round TKO to win his first world title. Hopkins would go on to make 20 successful title defenses, a record in the middleweight division. Hopkins unified the belts and became undisputed champion from 2004-05. He became the first fighter to unify the belts of the four major boxing sanctioning bodies.

After suffering back to back losses to Jermain Taylor in 2005, Hopkins would start to show signs of mortality. Then already 40, age would slowly but surely catch up with the Executioner. In 2011, Hopkins beat George Foreman’s mark of being the oldest person to win a world title. Hopkins was 46 when he upset Jean Pascal.

Hopkins’ biggest fight purse was his $10M bounty for fighting six division world champion Oscar De La Hoya for the undisputed middleweight title. Hopkins knocked out De La Hoya with a liver shot in the 9th round. The win over De La Hoya turned out to be a blessing in disguise.

Hopkins made $3.8M fighting England’s Howard Eastman in 2005. His 2003 title defense against frenchman Morrade Hakkar netted the Executioner $1.25M while his 3rd fight with Robert Allen was worth $1.125. For his final bout against Joe Smith, Hopkins made only $800K.

Seven of Hopkins’ bouts were televised via pay per view and on the aggregate, Hopkins helped generate 3.065M buys equivalent to $156M. His mega bout with De La Hoya was the biggest draw with 1M buys and $56M in PPV revenue.

Founded in 2001 by Oscar De La Hoya, Golden Boy Promotions is a boxing promotional firm engaged in the recruitment, development and management of young boxers. Although De La Hoya owns majority of the company, Bernard Hopkins is a minority owner and the last of celebrity boxers who have a stake in the firm.

Aside from Hopkins, fighters like Shane Mosley, Ricky Hatton and Winky Wright also had shares in the company. Ever since its nasty split from former CEO Richard Schaeffer, GBP has been under fire but Hopkins has remained as limited owner.

The true value of Golden Boy Promotions isn’t known but in 2014, Premier Boxing Champions founder Al Haymon offered to buy GBP for $100M. In a report from Gene Keetz, Golden Boy’s revenues from operations from 2014 to the first half of 2016 was estimated to be $215M.

Aside from being a limited partner at Golden Boy Promotions, Hopkins has no other known business interests. However, in 2011, he revealed to the Wall Street Journal that he is a conservative investor in government municipal bonds. According to Hopkins, his lifestyle is based on the dividends he earns from his investment in bonds.

In 2016, Forbes estimated Bernard Hopkins’ net worth to be $40M. That’s not much compared to the likes of Floyd Mayweather Jr. and today’s big PPV stars. But considering Hopkins started from scratch in prison and that he has no major endorsement deals, that’s quite a nice value to have.

Bulk of Hopkins’ net worth comes from fight purses during a three decade boxing career where he dominated the sport’s middleweight division like no other. Hopkins longevity also helped him earn neat paydays until he was 50 years old. Remember that he was already 51 years old when he last fought against Joe Smith.

In an interview with creditcards.com in 2011, Hopkis revealed that 80% of his portfolio is invested in bonds. But during the interview, he also claimed to have over 50 properties which include complexes, duplexes and houses. He said that he lives ‘off interests and rentals’.