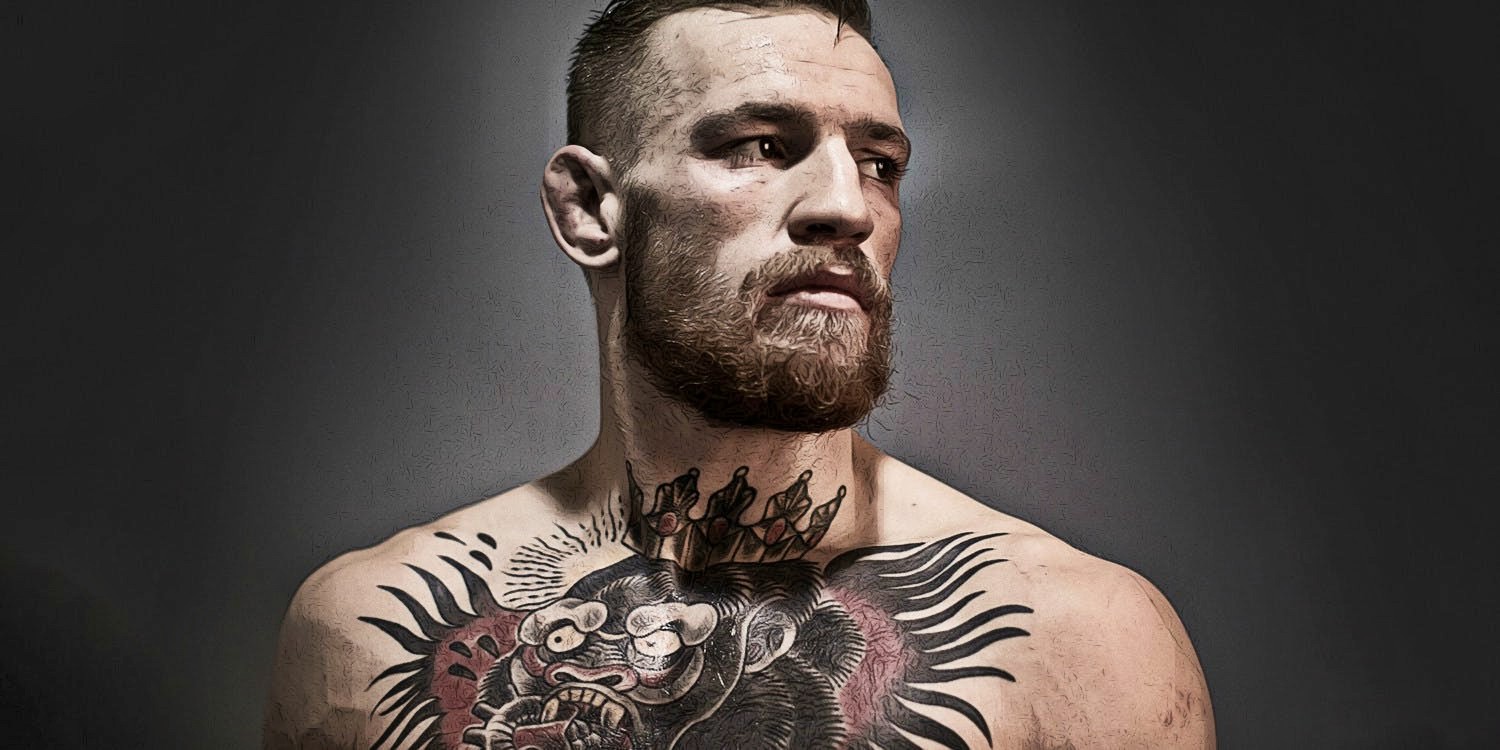 How Much Is Conor McGregor’s Net Worth?

Conor McGregor is the most recognizable MMA fighter on the face of the planet.

McGregor took the MMA world by storm when he arrived as a virtual unknown from Ireland. With his gift of gab and powerful left hand, the Notorious One quickly became the UFC’s main draw and top cash cow.

McGregor’s 13 second annihilation of Jose Aldo at UFC 189 will forever be etched in the annals as one of the most memorable bouts in the history of the sport. McGregor’s two bouts against Nate Diaz are two of the highest earning fights of all-time, while his victory over Eddie Alvarez at UFC 205 made him the first fighter in UFC history to hold two belts concurrently.

Unfortunately, McGregor’s once in a lifetime octagon achievements have been dwarfed by his unfortunate behavior outside the cage. McGregor and his team engaged Diaz in a bottle throwing incident prior to their rematch. McGregor also stormed the cage at Bellator 187 causing a commotion. But his most disgraceful act was his violent attack at a UFC bus during a UFC 223 media event. The attack led to the injury to two fighters and the cancellation of three fights. Worse, he was arrested and charged with three counts of assault and one count of criminal mischief. He was released on bail but is due to defend himself in court.

So how much is Conor McGregor’s net worth? Let’s find out:

When talking about Conor McGregor’s net worth, his past is worth not talking about at all. Before the Notorious One became a fighter, he was a plumbing apprentice getting a weekly stipend from the state worth 188 euros. Of course, 188 is now just the name of his yacht. That’s how far he’s gone in terms of making it big.

The Bulk Of His Fortune

McGregor made the bulk of his fortune in 2016 where he fought Nate Diaz twice and Eddie Alvarez before the end of the year. His twin bouts with Diaz are two of the top three highest grossing PPV events in the history of the UFC. The rematch at UFC 202 leads the way with a record 1.6M PPV buys. Prior to that, their first encounter at UFC 196 netted 1.317M PPV buys. Aside from those, McGregor’s title winning performance against Eddie Alvarez raked in 1.3M buys and his 13 second demolition of Jose Aldo topped 1.2M buys.

Having said that, McGregor is without doubt the biggest PPV star in the history of MMA, even bigger than Brock Lesnar. The more the PPV buys, the bigger McGregor’s share of the income pie. Likewise, McGregor is the highest paid UFC fighter of all-time. He made a UFC record $3M guaranteed purse for his rematch with Diaz. McGregor made $1M for their first bout. For UFC 205, McGregor reportedly made an amount slightly higher than $3M.

Since 2013, Conor McGregor’s brand has grown exponentially. In 2016, McGregor was ranked 11th among The World’s 50 Most Marketable Athletes. The following year, McGregor was named one of the 100 Most Influential People by Time Magazine. And even when he is out of the limelight, his endorsements continues to grow.

Growth Of The Brand

McGregor also made the crossover to the video game realm. In 2016, McGregor became part of the most popular FPS shooter game, Call of Duty which has made over $15B in sales since its release in 2003. In the latest installment of the game called Call of Duty: Infinite Wars, McGregor plays an SDF soldier in the campaign story. McGregor is the first fighter to be featured in a video game.

In 2017, McGregor announced that he was entering into an endorsement deal with Beats by Dre. McGregor’s signing came as Beats continues to invade popular culture by partnering with the world’s top athletes. Among the athletes endorsing Beats are Neymar Jr. LeBron James, Serena Williams and Anthony Joshua. McGregor joining the elite group is a testament to his star value.

Ahead of his fight with Floyd Mayweather, McGregor announced that he partnering with American clothier David August to launch a clothing line called “August McGregor”. The brand was set to offer suits, sportswear and accessories which are inspired by Conor McGregor’s style. August McGregor debuted in the market on January 2018.

Despite his long UFC absence, McGregor was able to land a deal with food chain Burger King. McGregor debuted in a commercial promoting the food chain’s spicy crispy chicken sandwich. Financial terms of the deal weren’t announced but sources say it may be one of McGregor’s most lucrative deals with Burger King being a global brand.

As McGregor’s star continued to rise in the UFC, the brash Irishman started calling out retired boxing great Floyd Mayweather Jr. for a boxing match. At first it was an absurd idea but the more insults McGregor hurled at Mayweather, the latter finally entertained the idea of fighting MMA’s biggest star in a boxing ring.

In March 2017, Mayweather announced that he was coming out of retirement to fight McGregor. UFC President Dana White, who previously insisted that such bout would not be possible because McGregor is under contract with the UFC, backpedalled and said that the UFC would not stop McGregor from earning a massive payday against boxing’s Money man.

A month later, McGregor reportedly agreed to the terms of the bout and in June 2017, it was officially announced that McGregor would fight Mayweather on August 26, 2017. The WBC later stipulated that a special belt - The Money Belt, would be up for grabs in the mega fight.

Mayweather went on to defeat McGregor via 11th round TKO. Floyd Jr. was guaranteed a purse of $100M for that bout while McGregor was contracted to get a fight purse of $30M. The Money Fight also sold 4.3M pay per view buys in the United States and Canada, second most all time behind Mayweather-Pacquiao. Considering the PPV cost $99.99, McGregor’s alleged total pay was somewhere around $100m.

Because of the commercial success of the bout, a rematch between the two sports icons have been talked about more than once. However, because they fought inside a boxing ring the first time around, a rematch inside the MMA cage was called for.

During the April 7, 2018 boxing bout between Jarrett Hurt and Erisalndy Lara, Floyd Mayweather Jr. told Showtime’s Jim Gray that if ever he comes back, it would be inside the octagon. Days later, rumors of a modified MMA bout between the two began to circulate around the web.

How Much Is McGregor’s Net Worth?

Sources said that McGregor was supposed to sign a new contract with the UFC before his violent bus attack in New York. During that signing, the rematch with Mayweather was supposed to be announced. However, UFC President Dana White denied those rumors, saying that a modified rules match between Mayweather and McGregor isn’t even close to being true. But then of course he is Dana White, and you can’t take his every word seriously.

McGregor is rumored to be returning to the UFC octagon in September 2018. Whether it’s against Mayweather or Khabib Nurmagomedov or someone else, that remains to be seen. For now, McGregor continues to enjoy the spoils of his Mayweather bounty.

According to Forbes, Conor McGregor’s networth was $34M before the Mayweather bout. $27M of that is from Conor’s MMA winnings while $7M is from endorsement deals. But one can only imagine how much he is now worth after the Mayweather bout. Think of a very extravagant guy like him being able to live luxuriously even without fighting for almost two years now.

In January 2018, Conor McGregor was one of nine new entries to the Sunday Independent Rich List, which enumerates the 250 wealthiest people in Ireland. The Notorious One came in at number 111 on the list with a reported net worth of €140 million or roughly $170M. The report also said that €100 million ( $120M estimated ) of that was earned in 2017 alone.