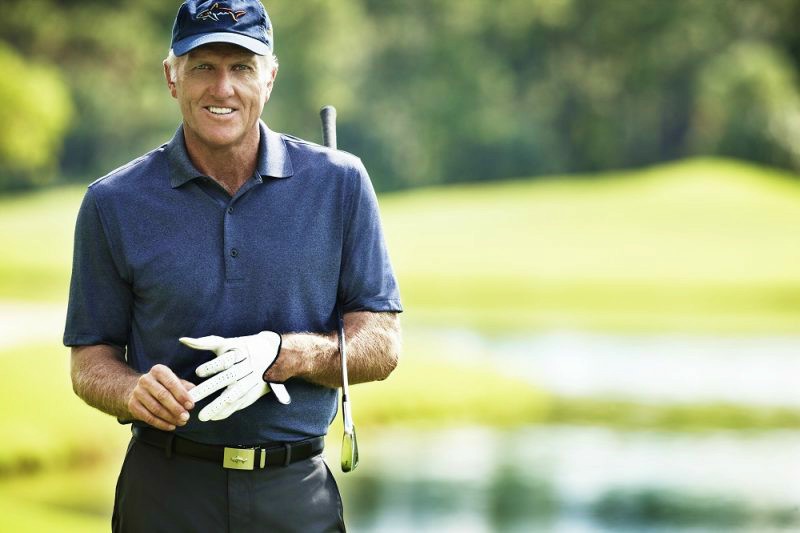 How Much is Greg Norman's Net Worth?

Before Tiger Woods, there was Greg Norman who is hailed as the legend of golf. Norman’s biggest achievement was winning 91 international tournaments, 20 of these being PGA Tours. He also won two Open Championships, the first one was in 1986 and the second in 1993.

Norman is also best known for staying on the No. 1 spot of the World Golf Rankings for 331 weeks, which is an arguably long time! He's indeed on a whole level of his own, which makes him not only a sports icon but also one of the richest men in the world.

Greg Norman was born in Queensland, Australia on Feb. 10, 1955, to Toini Norman, an electrical engineer, and Merv Norman, a housewife of Finnish descent. Golf wasn’t Greg’s first interest as he was into playing Rugby and cricket during his childhood. He even aspired to someday become a professional surfer — pretty far from golf, eh?

However, things changed when he turned 15-years-old, as her mother decided to teach him how to play golf. Her mother had no intention of training Greg to become a professional golfer someday as it was more just for the sake of fun.

Surprisingly, Greg loved the game, and it turned out to be his passion. After getting hooked on the sport, Greg regularly visited the nearby Brisbane Golf Club to practice and hone his skills. Little did he know that that was going to bring him unsurmountable riches later on.

Things upped a notch when he started studying at Aspley State High School which was only a few kilometers away from the golf club. Since then, Norman's fondness for golf grew which made him realize later that it was his calling.

Norman married Laura Andrassy in 1981, who bore him two children, Greg Jr. and Morgan Leigh. Unfortunately, things grew sour between the two, and they divorced in 2006. It was reported that Andrassy received $105 million in divorce settlement.

Two years after, Norman married Chris Evert, the former World No. 1 tennis player. But then again, the relationship didn’t last long as it ended 15 months after. After finding his self once more, Norman married notable interior designer Kirsten Kutner in Nov. 2010. Greg became a grandfather in 2014 when his daughter Morgan Leigh gave birth to a healthy baby boy.

Greg Norman started his professional career when he was only 20-years-old. It was in 1975 when he knew that golf was his sport as he was working at Beverley Park Golf Club as an assistant expert to Billy McWilliam.

Two years had passed and had since proved to his peers that he got some serious talent tucked under his sleeves. So what did his mates do? Well, they invited him to join the 1977 European Tour. Things didn’t look great at first, but he easily adapted to the new surroundings. Good things then started to happen after that as he won his first-ever victory at the Martini International in Blairgowrie Club, Scotland.

Then in 1981, Norman finished fourth place at the Augusta Masters after just making three strokes. He got another win a few months after at the British Masters and followed by another win during his third Martini International.

Things went smoothly during the early years of his career, but the break he was waiting for didn’t happen until the 1987 Australian Masters where he won as champion. He also made a record ten shots in the Australian Open later that year.

All in all, Norman has 88 career wins, 20 of those from the PGA Tour, 31 from the Australasia PGA Tour, 14 from the European Tour, two from the Japan Golf Tour, and the remaining 23 victories from other high-caliber tournaments.

With all these achievements, Greg Norman was hailed as the greatest golfer of all-time, thanks to his aggressive approach and undying passion for the game of golf. He’s also regarded as the man who introduced golf to the world, and in the process, inspired the new generation to play the sport.

He made it to the top 20 for 12 times and finished inside the top 6 bracket for nine times — a huge feat that even the best golfers of today are having a hard time to achieve. Norman also won the Old Tom Morris Award and Charlie Barret Award in 2008, as well as getting a couple of PGA and European Tour merits over the years.

With all the accomplishments he had, there’s no doubt that Greg Norman is one successful man. However, success isn’t just mere success, as every achievement is coupled with some dazzling monetary rewards.

Well, that’s Norman’s case as he is currently estimated to have a net worth of $350 million, with most of it coming from his sports winnings and entrepreneurial profits. He currently resides in Jupiter Island, Florida, on a lavish multi-million dollar mansion.

One of Norman’s biggest jackpot prizes was from the World Series of Golf that he won in 1997. The prize money amounted to $2 million. His victory at the 2001 Skins Game event also won him another $1 million. It was reported that Norman sold his Boca Raton mansion in 2015 for a whopping $5.6 million, as well as his Florida mansion for a jaw-dropping $55 million last 2016.

Greg spent all his life loving the game of golf, but this doesn’t mean that he’s going to limit himself in the sport alone. In fact, Norman ventured into various businesses, including real estate, wineries, and schools, soon after he retired from golf.

One of his first entrepreneurial endeavors was the Greg Norman Golf Course Design Company which he founded in 1987. It became his stepping stone to the business world as he gained millions of dollars which he then used to capitalize on his other ventures.