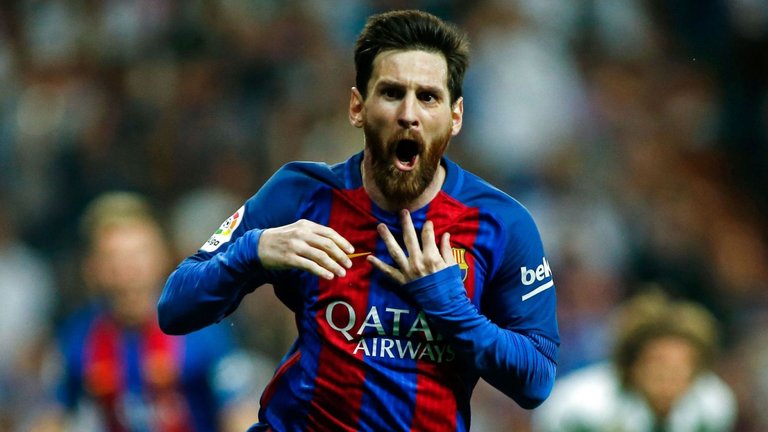 How Much is Lionel Messi’s Net Worth?

They say it’s not good to always finish second but when you finish next to Cristiano Ronaldo, it’s just like being on top of the world.

One cannot mention the name of Cristiano Ronaldo without Lionel Messi along with it. These two football superstars are their sport’s top icons and as such its biggest earners. The two have gone head to head in virtually every football money list. And while Ronaldo is arguably the football’s top earner today, Lionel Messi’s ongoing contract negotiations could put him on ahead of his rival at the top of the money list.

Universally regarded as the best footballer in the world and one of the greatest of all-time, Lionel Messi is the only footballer to win five FIFA Ballon d'Or awards, including four consecutive. He is also the first player to capture three European Golden Shoes award. Messi has led Barcelona to 8 La Liga titles, 4 UEFA Champions League titles and 4 Copas Del Rey. As one of the sport’s most prolific goal scorers, Messi has scored over 500 club and country career goals. The list could go on. 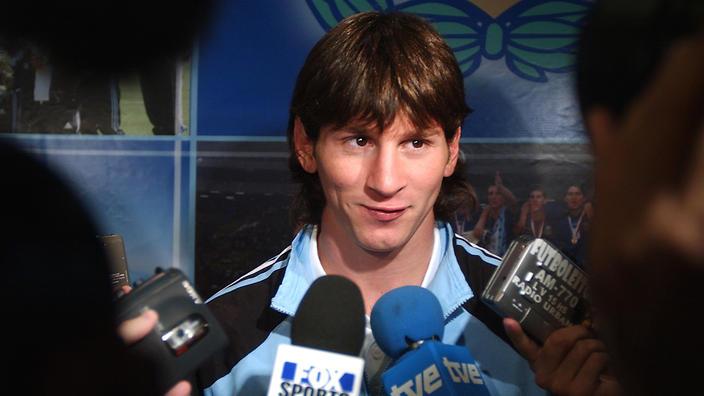 Lionel Messi was born on June 24, 1987 to a steel factory manager named Jorge and his wife Celia. The young “Leo” started football young because of the influence of his brothers and cousins. However, Messi’s football future was threatened when he was diagnosed with Growth Hormone Deficiency at the age of 10. With his father’s insurance only allowing them two years of treatment, the family decided to try out their luck using Lionel’s God-given gifts.

After his parents arranged a tryout with Barcelona, the Messi family moved to Spain in 2000. In February 2001, Messi officially became a member of the Barcelona youth team at the tender age of 13. The team agreed to pay his medical bill of $1000 a month plus provided accommodation for him and his family. In February 2014, Messi earned his first professional contract with Barcelona. The deal was worth $1,500 per week but was increased to $10,000 per week after he made his first appearance in the Barcelona First team on a friendly contest. On his 18th birthday, Messi signed his first contract as a Barcelona First team player. The deal was worth $25K a week and it made him the highest paid teenager in football. Three months after the deal, Messi got a quick raise. The team doubled his salary but Messi agreed to stay with Barcelona until 2014. Messi became Barcelona’s highest paid player in 2008 when he agreed to another extension worth $162K a week. Since then, he has been Barcelona’s top earning football player. Barely a year later and after Barcelona won the Champions League, Messi signed yet another extension that would see him with Barca until 2016. That contract was worth an estimated $250K per week. Another contract extension followed in 2013. It was worth $270K per week and it would keep Messi in Barcelona until 2018. 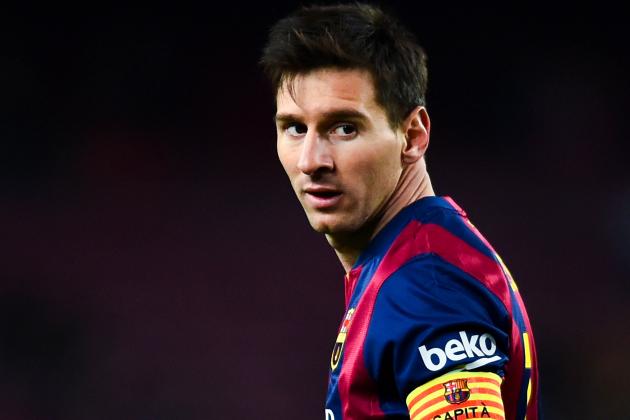 Forbes reported in 2014 that FC Barcelona gave Messi a $50M per year extension through 2018. According to a statement by FC Barcelona, the ‘adjustment’ in contract was to keep its star footballers salary at par with rival Cristiano Ronaldo. That contract increase also involved an agreement to share Messi’s image rights globally. While Messi’s deal ends in 2018, FC Barcelona fans remain holding their breaths as contract extension talks with FC Barcelona hit a brickwall in December 2016. It is reported that Messi is negotiating a $1M per week salary which is the same amount that Manchester City has been time and again willing to offer him to change sides. Rumors are also saying that Barcelona is ready to offer Messi a deal worth $30M per year to keep him with the team until 2022. Although that is purely speculation, it is believed that Messi’s long term relationship with Barcelona will make him stay with the team rather than test the waters.

As Barcelona’s top youth footballer, Messi was a Nike endorser from age 14 but made his mark with Adidas after they challenged their rivals claim to Messi’s image rights in court. Messi became the first footballer to have his own boots- The Adidas Messi. The Messi replaced his long running signature series F50 boots which had been selling like hotcakes since 2008. 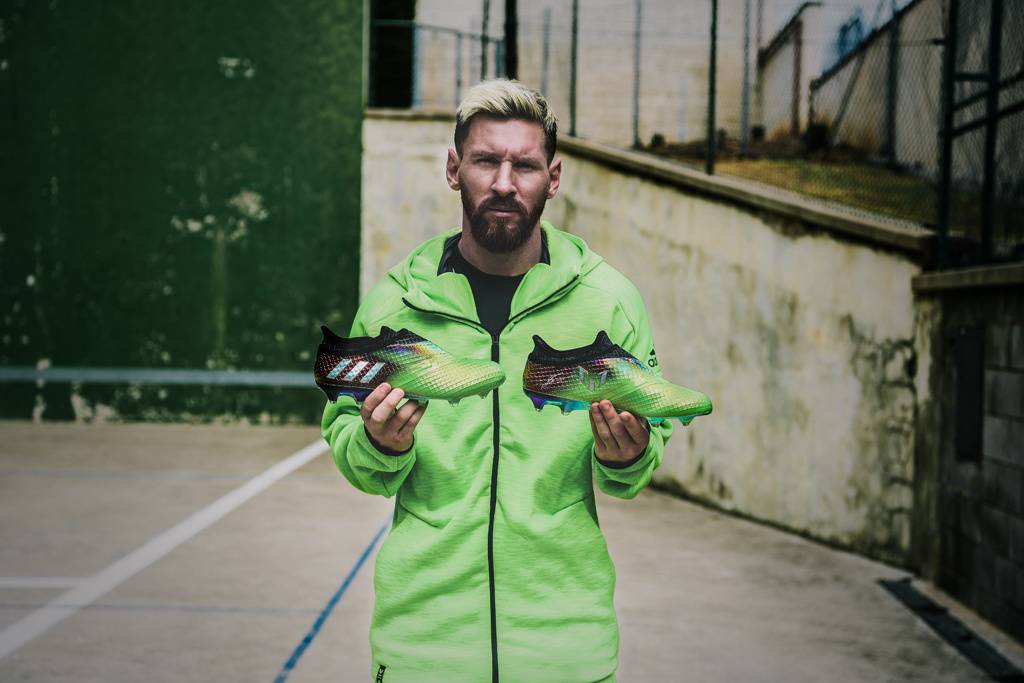 As it stands now, Lionel Messi is Adidas’ top endorser, besting the NBA’s former MVP and New York Knicks point guard Derrick Rose. Messi and Adidas are tied to a seven year deal until 2018 which is worth an estimated $140M. That’s a cool $20M per annum on a single endorsement alone. What makes Messi’s Adidas deal unique though is that it isn’t just lucrative but Messi gets to have a say in boot design too. In February 2017, Adidas extended Messi’s contract to a lifetime deal. Although no financial details were revealed, sources say it’s a t par with Ronaldo’s lifetime deal with Nike which was rumored to be in the same ballpark as LeBron James’ $1B lifetime deal with Nike. The rest of Messi’s commercial earnings come from his endorsement deals with the likes of Pepsi, Gillette, Dolce & Gabbana, Audemars Piguet, Tata Motors, Ooredoo and Turkish Airlines. A 2013 advertisement with Kobe Bryant for Turkish Airlines became the most watched YouTube video for the year with 137M views. It was later named as YouTube’s best ad for 2005-2015 decade. Messi is also the face for video game maker EA Sports’ FIFA series since 2013.

Messi is also an investor in real property. He recently put in some $10M to a construction project 19 miles away from his home of Rosario. The project is called Azahares Del Parana which includes seven gated communities, 220 yard beach, sports center and a marina with berths for 60 boats. Previously, Messi also invested in a 400 ft and 40 storey apartment called Aqualina Tower in central Rosario.

In 2013 a golden replica of Lionel Messi’s left foot which was valued at $5.25M was sold in Japan to raise funds for the 2011 Tōhoku earthquake and Tsunami victims. Messi also has his Lionel Messi Foundation which recently committed to support the campaign to eradicate Hepatitis C. Messi was also appointed as UNICEF ambassador in 2010 and he has been working with UNICEF since 2004. 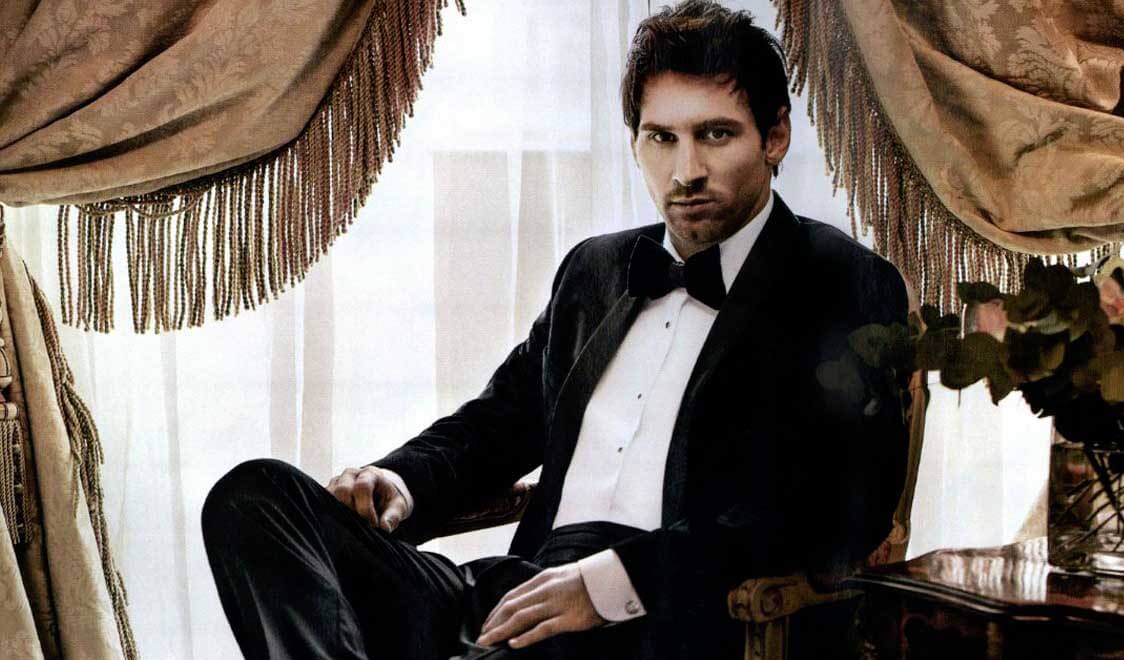 Lionel Messi ranked 8th on the Forbes 2016 Global Celebrity 100 list, a list of the top earning celebrities all over the world for a given 12 month period. Messi was the second highest ranking athlete on the list with a total earnings of $81.5 in 2016. Only rival footballer Cristiano Ronaldo was higher at #4 ( tied with Dr. Phil McGraw with $88M ). Likewise, Messi finished second to Ronaldo in the 2016 Highest Paid Athletes list. Messi made more in 2016 than NBA superstars LeBron James ( #3 ) and Kevin Durant ( #5), tennis aces Roger Federer ( #4 ) and Novak Djokovic ( #6 ). According to the report, $28M of Messi’s 2016 income came from commercials/ endorsement deals while the rest from his earnings as a superstar football player.

Totalsportek.com lists Messi as having the third highest football salary in the 2017 season. The article though has Carlos Tevez of the Shenhua FC in the Chinese Super League as top earner with a gross of $41M per annum. However, since the computation after taxes in
China cannot be determined, Ronaldo and Messi once again finish 1 and 2 respectively in football income after taxes at $24.4M and $23.9 respectively. Sportstardom.com lists Messi at #2 in its Richest Football Players 2017 list with a net worth of $230M. And although Forbes still says that Cristiano Ronaldo is richer at an estimated $320M, we’re pretty sure that Lionel Messi won’t really mind finishing second at an equally staggering $285M in net worth.