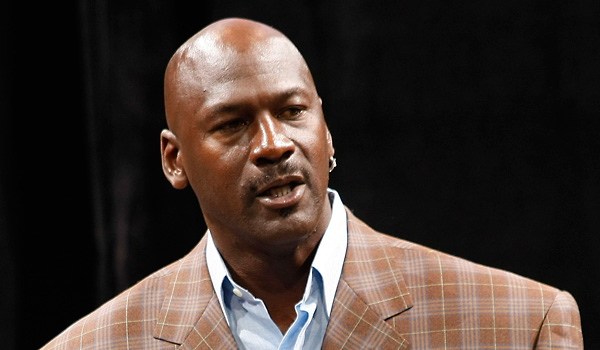 How Much is Michael Jordan’s Net Worth?

Who is the greatest basketball player of all-time. Some say Bill Russell, the Celtics’ legend who led Boston to an unprecedented eight consecutive NBA titles in the 60s. Others say Wilt Chamberlain, Russell’s nemesis who once scored 100 points in a single game. Then there is Michael Jordan, the Chicago Bulls legend who began his career as a high flying dunker and ended it with six NBA championship rings and multiple scoring records.

Jordan’s success wasn’t only limited inside the hardcourt. He was also the Sport’s top salesman.

The Shot That Started It All 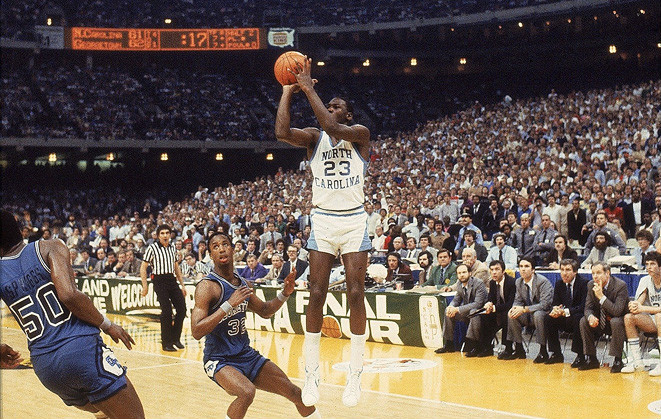 Jordan starred at Emsley A. Laney High School in Wilmington, North Carolina and was a McDonalds All-American as a senior. He was heavily recruited coming out of his high school but he chose to play for the University of North Carolina, where he majored in Cultural Geography. Jordan was named as ACC Freshman of the Year in his first year with the Tar Heels. In the 1982, young Michael Jordan hit the championship winning jump shot in the NCAA Finals against Georgetown University. According to him, it was the shot that changed his basketball career forever.

Jordan was named NCAA All-American First Team in his next two seasons at North Carolina. In his junior's season, he won both the Naismith and Wooden College Player of the year award. Michael skipped his senior season and joined the 1984 NBA Draft. The Chicago Bulls selected him third overall, behind Patrick Ewing and Sam Bowie. A Star was born in Chicago.

A Star Is Born 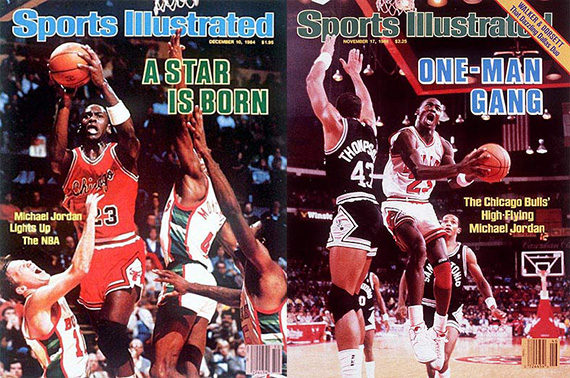 Michael Jordan captured NBA audiences with his high flying moves, slam dunks and scoring ability. A month into his NBA career, he was already featured on the cover of Sports Illustrated magazine. The title read: A Star is born. The magazine couldn’t have been more correct. Jordan won Rookie of the Year honors and was named to the Eastern conference All-Star team.

He missed 64 games during his sophomore season but returned just in time for the first round of the 1986 playoffs. Chicago got swept by the Boston Celtics but Jordan set the current most points scored in a playoff game at 63 during Game 2 of that series. His third season was one of his most prolific scoring seasons ever. MJ joined Wilt Chamberlain as the only player in NBA history to score at least 3,000 points in a single season. A year later, he won the first of his five NBA MVP award and his only Defensive Player of the Year trophy.
In 1991, Michael Jordan won his first ever NBA title. He would add five more to solidfy his claim as the greatest basketball player in the world.

Yes, Michael Jordan was the greatest basketball ever. But he was never paid as such on the basketball court. Jordan’s rookie salary was just $550,000.00. He made only $1,030,000.00 in his final NBA season with the Washington Wizards. In between, he never made more than $4,000,000.00 a year except during his final two years with the Chicago Bulls. That’s odd, considering how Jordan dominated the game for most of his career. But let’s talk about his final two seasons with the Bulls. In 1997, Jordan became the first player in NBA history to make over $30M in one season with his $33M single season salary. The year before, Jordan made $30M. In short, his Airness earned $63M during the last two championship years. In all, Jordan’s career NBA earnings was estimated at $94M. That’s six million dollars less than what Nike paid him in 2016.

The Jordan Brand is the footwear and athletic apparel line created by Nike after Michael Jordan. Because of Jordan’s popularity, the brand has become a major player in the basketball shoe business. It has also become Nike’s cash cow in the shoe industry. According to the research company SporsOneSource, the US basketball shoe market grew 3.7% in 2015. On the other hand, the Jordan Brand grew four times as much at 14%. According to the report, Jordan shoe sales hist $3B in 2015. That represented 64% of the market share in basketball. Parent Nike’s share was only 29% while Under Armour was a 3.6% and Adidas 2.3%. Because of that, Nike reportedly paid Michael Jordan over $100M in royalties. Nike plans to double the sale of Jordan Brand by 2020 and if their expectations hit their mark, then M.J. himself stands to earn $200M in 2020. That’s a lot of money to pay for using your family name in the brand name and your silhouette in the Jumpman logo.

Aside from Nike, Jordan still has other endorsement deals. In 2015, he signed a long-term extension with trading cards and collectibles company Upper Deck. The two parties have been business partners since 1992. Other sponsors include Gatorade, 2K Sports and Five Star Fragrances. Jordan also has seven restaurants and a car dealership to add to his income sources.

Michael Jordan’s biggest investment though is in the NBA. In 2010, Michael Jordan acquired majority control of the NBA franchise Charlotte Hornets. The Hornets were valued at $175M during Jordan’s purchase. Forbes valued the Hornets at $750M in 2016, meaning Michael Jordan’s share is now worth around $540M, net of liabilities. 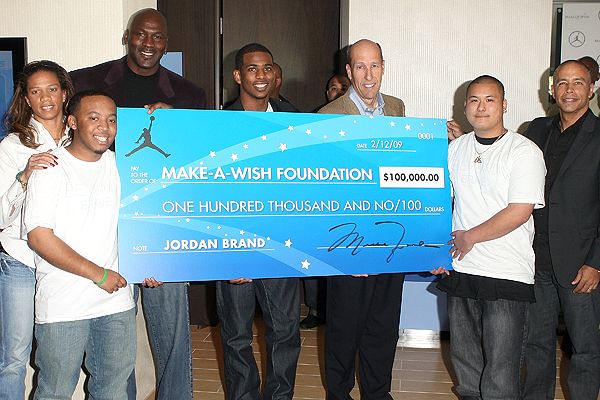 Michael Jordan sued supermarkets Dominick’s and Jewel-Osco in 2009 for unauthorized use of his image in an advertisement related to his enshrinement in the Naismith Basketball Hall of Fame. After a six year court battle, Jordan won an $8.9M jury verdict. He donated the money to 23 Chicago nonprofit organizations helping kids. That wasn’t the first time Michael Jordan shared his wealth.

The Michael Jordan Foundation was born in 1989. It aimed to help kids improve their grades in school by offering deserving students plus their parents and teachers trips to Chicago. After the foundations were dissolved, The James R. Jordan Boys and Girls club was established in 1996 to assist local youth in Chicago. Because of the success of the Boys and Girls Club, the James R. Jordan Foundations was established to provide a direct academic involvement in the lives of underprivileged children. Michael’s mother Deloris served as President of the Foundation.

In 2016, Jordan donated $2M to two charities working to end police-related shootings. A month later, he donated $5M to the National Museum of African - American History and Culture.

Aside from those, Jordan has been involved with numerous charities such as the Boys and Girls Club of America, UNCF/College Fund, CharitaBulls, Special Olympics, Cats Care, Kids Wish Network, Make a Wish Foundation, Nevada Cancer Institute and many others. 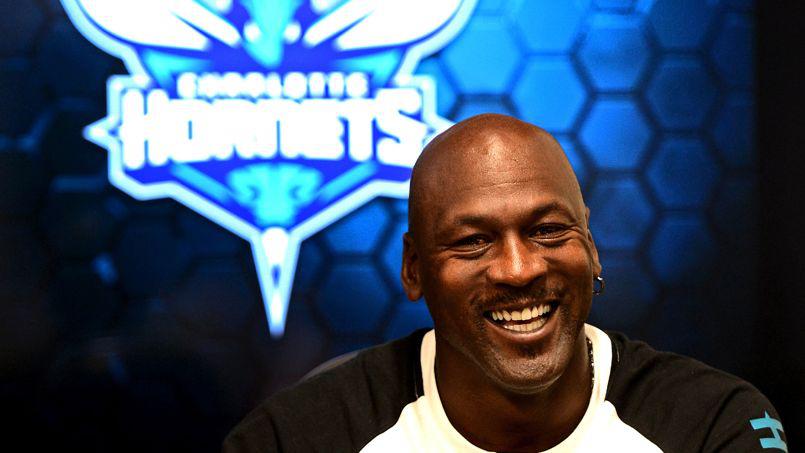 As of March 2016, Forbes estimates that Jordan’s net worth has increased to $1.14B. And with the current status of his business deals, there is no indication that he’s going to slow down.

Because of his fat Nike checks and the increase in NBA team valuation, Jordan earned billionaire status in 2014. In 2016, Forbes named Michael Jordan as the highest earning athlete of all-time, with earnings of $1.7B ( in terms of 2016 dollars ) from the start of his NBA career to the present time. Jordan’s highest earnings in a year as a player was $78M in 1997. He was named as the highest paid retired athlete in 2016 with earnings of $110M. That’s $32M more than the most he made while in his basketball peak and $28M more than the highest paid athlete of 2016 ( Cristiano Ronaldo $88M ). To think that he retired in 2003, that’s unbelievable. But then again, he’s Michael Jordan, the greatest basketball player of all-time. As long as kids still want to be like Mike, he’s going to make a killing in the bank.

Find Out About Other Famous Athletes Net Worth:

How Much is Usain Bolt's Net Worth?

Photo: businessdayonline.com Isn't it a coincidence that the world's fastest man has Bolt as his surname? Bolt, as in lightning bolt. That's how fast Usain Bolt is. That's also his nickname. Fastest Man in The Planet Dubbed as the fastest man in the planet, Usain Bolt is the first

How Much is Tom Brady's Net Worth?

The New England Patriots' Tom Brady is widely regarded as the best quarterback in the history of the NFL. He is also one very rich man. Together with his wife, supermodel Gisele Bundchen, the Bradys are among the world's highest earning celebrity couples. Let's take a look at