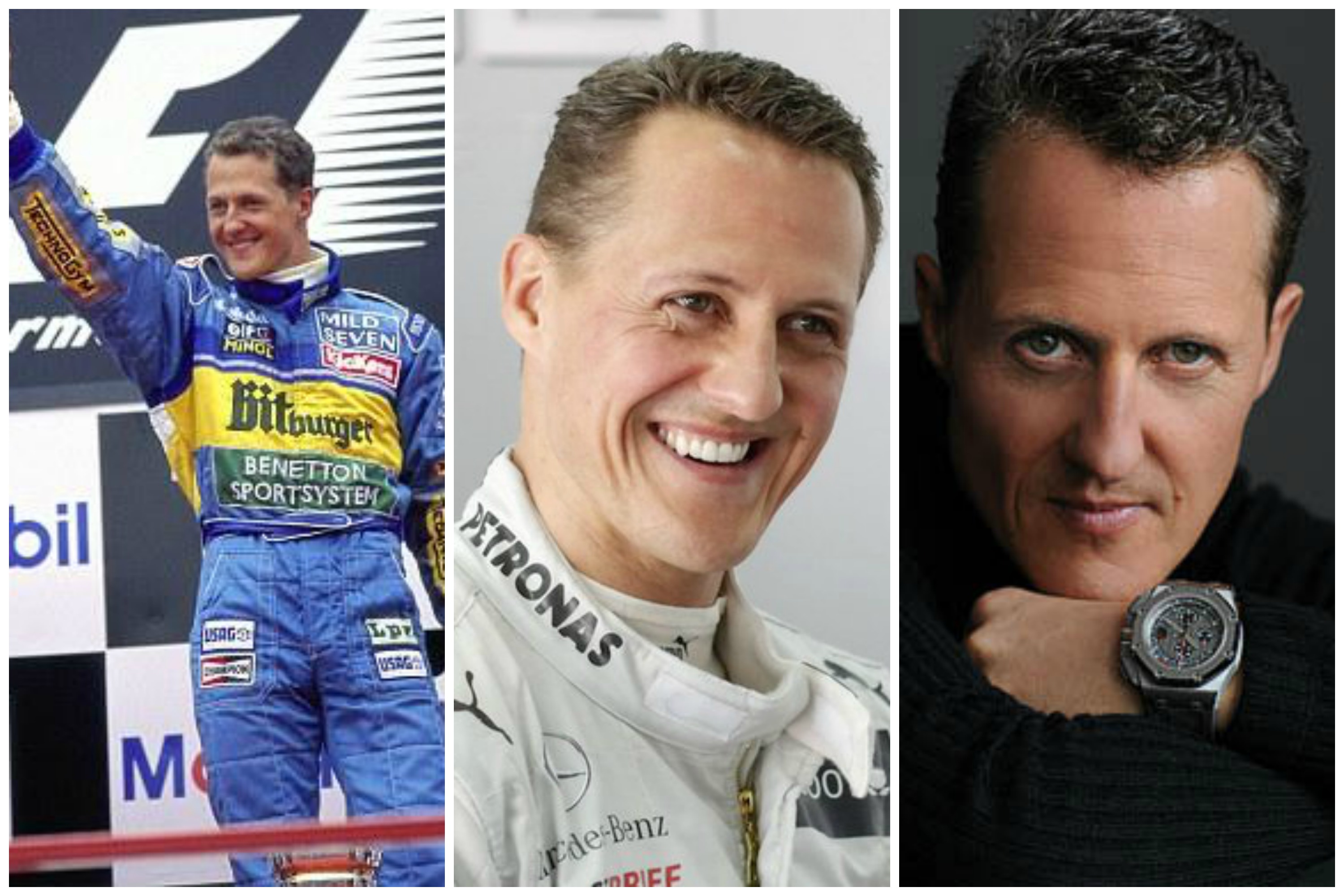 How Much is Michael Schumacher’s Net Worth?

There is always one athlete who transcends every sport and for Formula 1 racing it’s definitely Michael Schumacher. 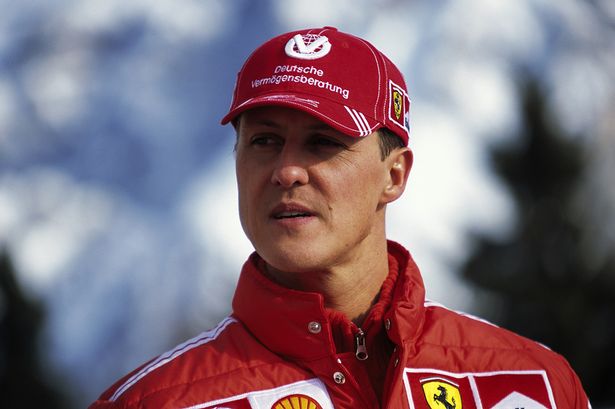 Michael Schumacher is widely regarded as the best Formula 1 driver of all-time. Schumacher was a seven-time Formula One champion and was named as Laureus Sportsman of the Year twice. He won back to back titles with Benetton in 1994 and 1995 but became a legend with Ferrari where he won five straight F-1 titles from 2000-2004.

‘Schumi’ holds several Formula One driver records including 7 championships, 91 Grand Prix victories, 43 GP 2nd place finishes, 28 GP 3rd place finishes, 155 KMs leading in career, 13 season wins, 155 podiums, 68 pole positions and more than 1,500 points. There are so many records in the sport of Formula One but these are the ones that matter most and they all belong to one man. 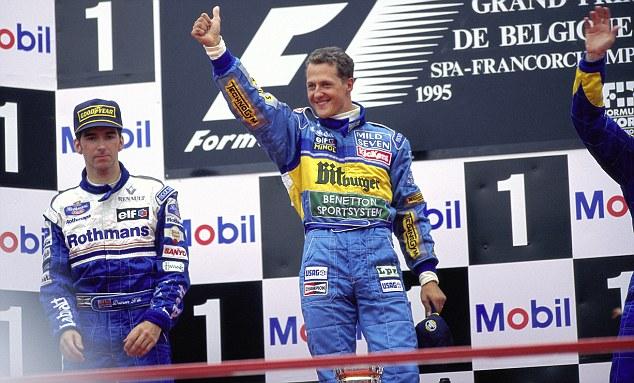 Born to a bricklayer named Rolf Schumacher and his wife Elizabeth on January 3, 1969 in Hürth, North Rhine-Westphalia, Germany, Michael Schumacher was destined to drive the fast lane. At four years old, Schumacher’s father added a motorcycle engine to his pedal kart. The young Michael loved it but later crashed his little race car at a lamp post. His father later brought him to the Kerpen-Horrem karting track where he became the youngest member of the karting club. To support Michael’s love for racing, his father worked a second job renting and repairing karts while his mother worked at the track’s canteen. At the age of six, Michael Schumacher won his first karting club championship and the legend was born.

After winning his second title with Benetton Renault, Schumacher signed with Ferrari for financial security. According to motosport.com, Ferrari offered Schumacher $50M to change sides. At that time, Ferrari had not had a world champion driver since Jody Scheckter in 1979. They got the greatest driver of all-time in Michael Schumacher.

In 2010, Schumacher announced that he would return for Mercedes. He signed a three year deal where the first year was worth an estimated $10M. The SportsMail UK reported in 2010 that the total contract was worth around $42M and that included driver salary of $10M per annum and personal endorsements with the company worth $4M per year. Although Schumacher never regained his past glory with Mercedes, his stint with the team only made him more of a financial giant. 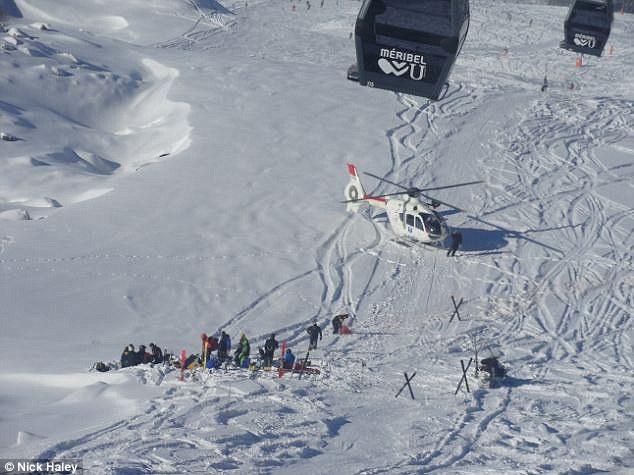 Schumacher extended his cap sponsorship deal with German investment company Deutsche Vermogensberatung in August 2013. The seven year deal was worth around $23M. However tragedy struck on December 29, 2013. Schumacher suffered a horrific accident while skiing with friends and family in the Swiss Alps. The F-1 legend suffered a severe head injury and was airlifted to Grenoble Hospital where he underwent two life saving operations. One day after his admission, Schumacher’s condition was considered as ‘extremely serious’ as he remained in a coma. News became scarce and it was only in April 2014 when his family said in a statement that Schumacher had shown signs ‘moments of consciousness and awakening’. Three months later, it was reported that Schumacher was out of the cma and was released from the Grenoble. He was transferred to a custom built state of the art medical facility worth $19M in his $35M home on the banks of Lake Geneva.

In 2015, Michael’s wife Corrina sold their private jet and vacation home in Norway. The jet reportedly went for $39M. Corrina said she sold the assets because she believed that Michael would ‘never enjoy these things again’. The Daily Mail UK reported in 2016 that Schumacher’s medical bill had reached nearly $25M in the three years since his freak accident. This was based on the alleged $154K his family spends for his continued care, treatment and rehabilitation. Schumacher is closely guarded by a an elite 15 man medical team. 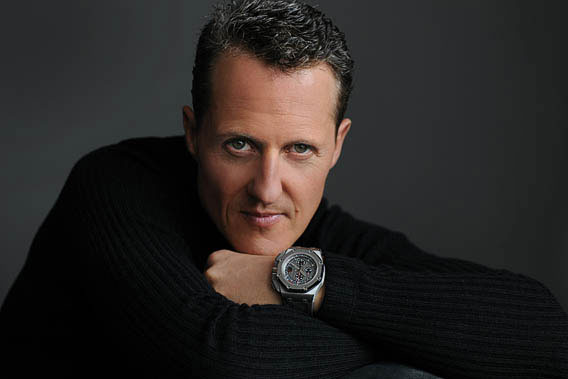 One year after the accident, some of Schumacher’s big endorsement deals deserted him for economic reasons. One of the first to go was German mineral water company Rosbacher in March 2016. It was followed by his estimated $8M total commercial deals with Navyboot and Jet Set. In January 2017, Portuguese sports marketing publication Maquina do Esporte reported that watchmaker Audemars Piguet and door maker Hormann have also abandoned the bed-ridden Schumacher. Maquina do Esporte also said that other firms have re-renegotiated with Schumacher’s representatives for a lower rate.

To this day, the exact details on Michael Schumacher’s true condition are unclear. Last March 2017 though, Ferrari boss Luca di Montezemolo says that he believes that ‘Schumacher will be with us soon.’ The statement raised the hopes of his millions of fans all over the world. However, no confirmation or denial has been issued by the family regarding the report. Despite that, Schumacher remains as one of the richest athletes ever. And amidst the enormous medical bill that his family has incurred, Schumi’s wealth is as well kept as his real medical condition. 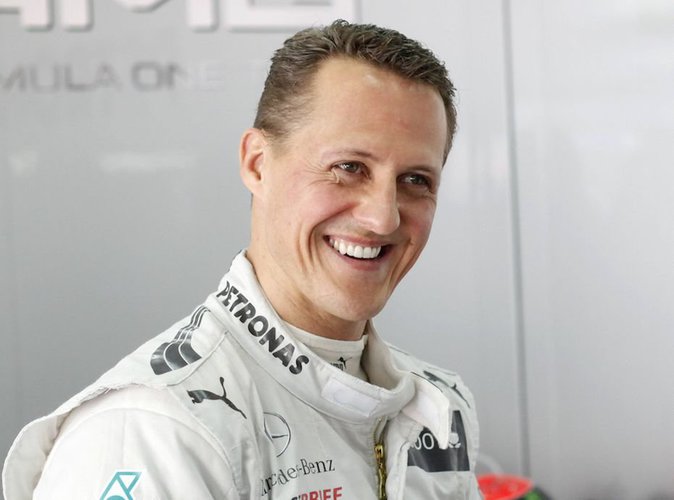 Schumacher finished on top of the Forbes list of highest paid athletes in 1999 and 2000. Schumi topped golf giant Tiger Woods by earning $49M in 1999 and repeated over the world’s top golfer the following year with an income of $59M. Schumacher would then finish second to Tiger Woods from 2002-2007, with his earning peaking to a personal high of $80M in 2004 when he won his seventh and final F-1 title. By the time Schumacher started to drop on the list, he already had already amassed an armory of wealth that made him one of the richest athletes of all-time.