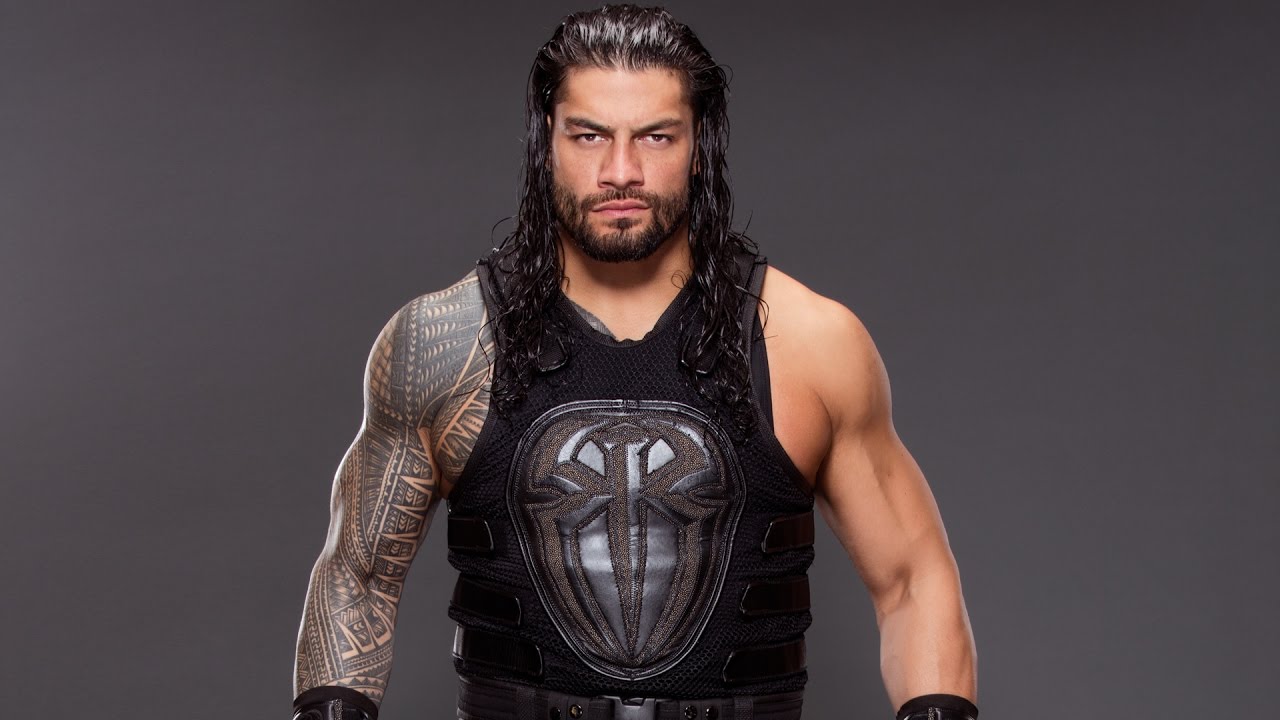 How Much is Roman Reigns Networth?

We all know Roman Reigns. In fact, many of you hate Roman Reigns. That’s okay because Reigns is considered as one of the most despised wrestler of all-time in the WWE. But as Booker T used to say, “don’t hate the player, hate the game.”

Born as Leati Joseph Anoa’i, Roman Reigns is the son of WWE Hall of Famer Sika of the Wild Samoans tag team fame. As a member of the Anoa’i family, he is a cousin to former WWE wrestlers Yokozuna, Rikishi Fatu, Umaga and The Tonga Kid. Coming from a rich professional wrestling background, it wasn’t hard for Reigns to make the the transition from sports to sports entertainment.

From Pro Football To Pro Wrestling

After playing collegiate football at Georgia Tech, Reigns pursued a professional football career in the NFL by having off-season stints with the Jacksonville Jaguars and Minnesota Vikings in 2007. When he could not get into an NFL team, he went on to play for the Edmonton Eskimos of the Canadian Football League in 2008.

After his retirement from professional football, Reigns tried his luck in professional wrestling and was signed by the WWE in 2010. He started out at the WWE’s developmental Florida Championship Wrestling before making his WWE main roster debut in 2012 alongside Dean Ambrose and Seth Rollins as The Shield. The Shield was team until June 2014 when Reigns began to compete individually. Roman has “reigned” since then.

Reigns is a four-time world champion in the WWE, having won the WWE World Heavyweight championship three times and the Universal Championship at one point. Reigns is also a former WWE United States champion, WWE Intercontinental champion and WWE Tag Team champion (with Seth Rollins). He is also the 2014 WWE Superstar of the Year and the 2015 Royal Rumble Winner. Reigns is the 17th Grand Slam Champion in the WWE and the company’s 28th Triple Crown Champion. 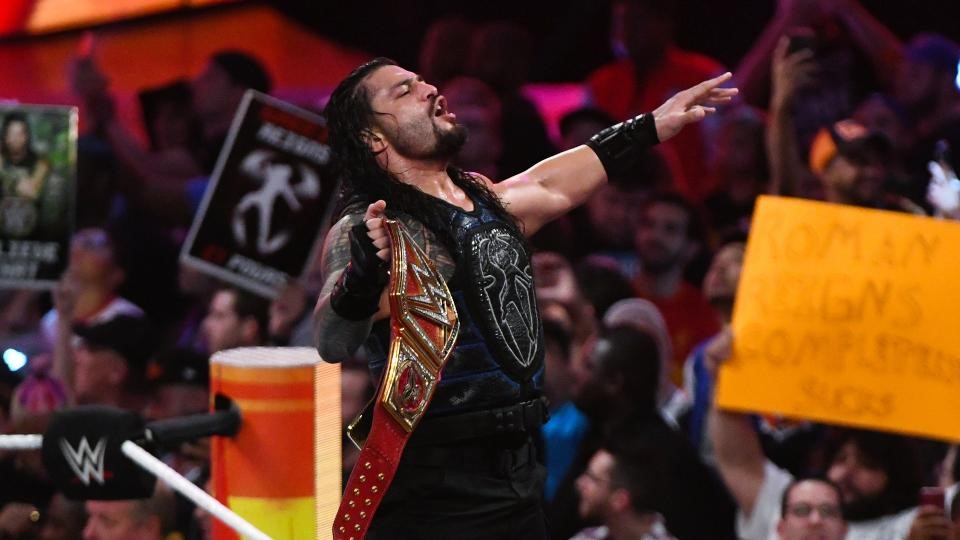 Reigns holds the record for most eliminations in the Survivor Series with 4 in 2013 and also set the previous record for most eliminations in the Royal Rumble with 12 in 2014. He has headlined many WWE Pay Per View Events, including the last four Wrestlemanias. In the most recent one-Wrestlemania 34, held last April 8, 2018, Reigns challenged Brock Lesnar for the Universal Championship. Lesnar hit Reigns with a total of six F-5’s to retain his title.

Despite his success, Roman Reigns is one of the most hated wrestlers on the WWE roster, if not the most hated. Since 2014, the WWE has tried to promote Reigns as the “next face of the company” but it has always been met with disapproval and rejection. Still, that negative reception hasn’t prevented Roman Reigns from being one of the highest paid wrestlers on the WWE’s roster.

There are plenty of speculation regarding Roman Reigns’ net worth. That’s because the contracts of WWE wrestlers aren’t public property. Still, various media outlets have estimated the salaries of WWE superstars based on reports from industry sources. The WWE admitted that the average wrestler on their main roster makes an estimated $500K per year. So because Reigns isn’t just your average wrestler, he is deemed to earn much more than that.

In 2013, Reigns reportedly made $227,750 from the WWE and that figure increased to $314,138 a year later. Reigns first cracked the Forbes list in 2015 when he was listed as the 6th highest paid performer in the WWE with his $2.1M salary. But given how his stock has risen since headlining the last four wrestlemanias, he value has certainly increased.

In March 2018, media outlet Total Sportek came up with an article which reportedly revealed the contracts and salaries of the top wrestlers in the WWE. In that article, Roman Reigns was listed as the 3rd highest paid performer in the organization at $5M. The report also claimed that Reigns has a three year contract with the WWE and that he stands to earn 5% from main event PPV sales plus other bonuses in case he wins WWE title fights.

According to Cagesideseats.com, the total number of paid WWE Network Subscribers at Wrestlemania 34 was 1.81M which was a 9% increase from the 1.66M at Wrestlemania 33. According to the WWE, the subscription cost is $9.99 per month. Considering Reigns has headlined the last four Wrestlemanias, it’s safe to say he’s earned a good chunk of the WWE’s TV revenues.

The Richest estimates Roman Reigns’ Florida home to be valued at around $700K and his three vehicles at $520K as of 2017. Sporteology.net also claims that Reigns has personal investments worth $2M although it didn’t specify what or where these are.

Reigns has also made several TV appearances over the course of his professional wrestling career. He’s guested on shows such as Conan, Good Morning America and ESPN’s First Take among others which boosted not just his popularity and ratings but earned him appearance fees. In 2016, Reigns also appeared on a commercial for the chocolate Snickers. 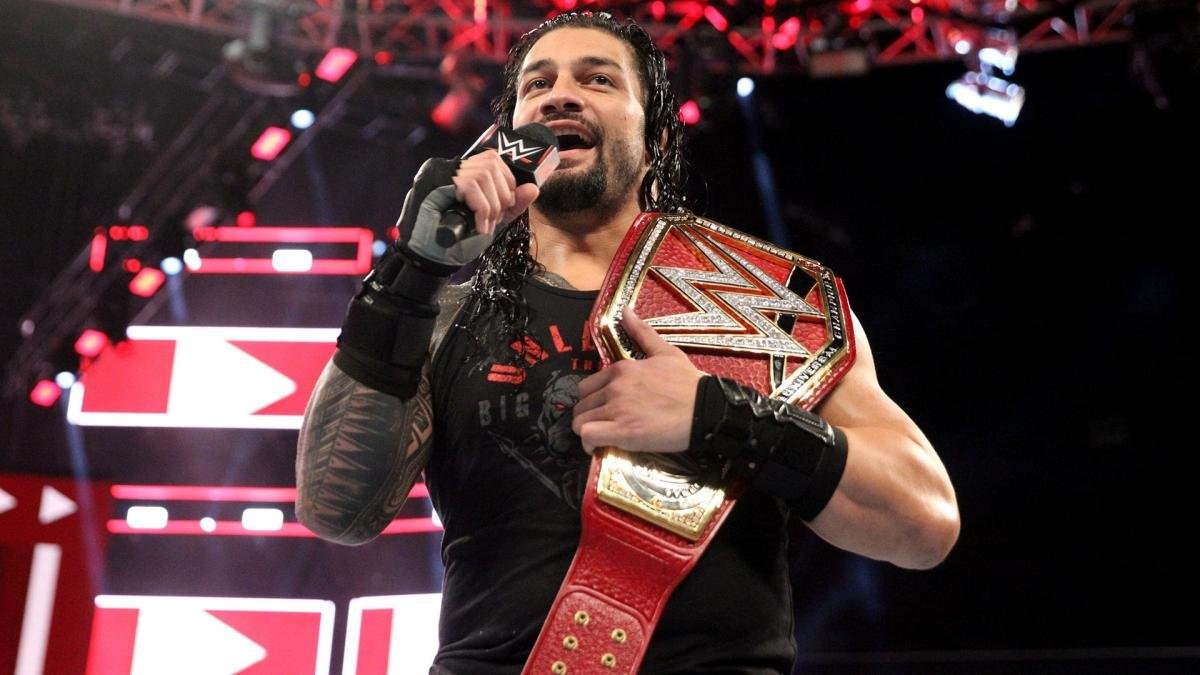 Forbes listed Reigns as #3 in its list of highest paid wrestlers for 2018, behind only John Cena ($10M) and Brock Lesnar ($6.5M). According to Forbes, Reigns made $4.3M last year after featuring in more headliners than any other performer in the WWE. Because Forbes is one of the industry leaders in terms of valuation of athletes and stars, then we can say this may be the closest figure to the truth. Given this and the estimates on previous year, we estimate Roman Reigns’ net worth to be somewhere near $10M.

Last week, Reigns made a shocking admission on Raw. The 33 year old superstar announced that he had been battling Leukemia for the past 11 years and the disease’s return has forced him to relinquish the Universal Championship and take a leave of absence from the WWE to undergo treatment. It’s not known how much time he is going to miss or if he is going to return at all.

One thing’s for sure though. Knowing Reigns’ impact in the WWE Universe, the company should take a hit with him on the sidelines. Reigns may be one of the most hated superstars in the WWE universe, but he’s one that fans love to hate and pay to see to hate.

Is the WWE Real Or Reel?