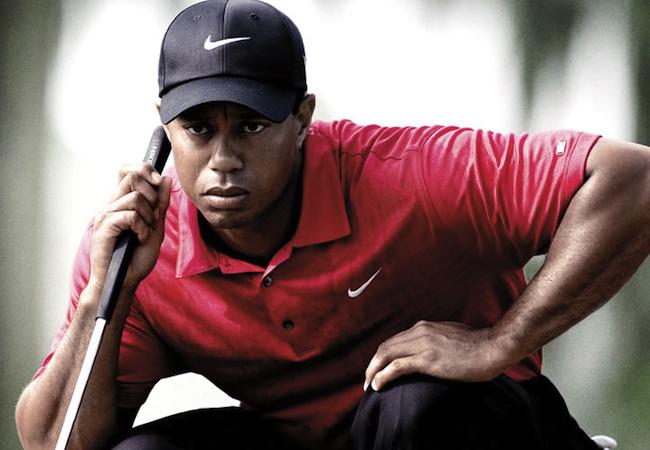 How Much is Tiger Woods’ Net Worth?

If you grew up in the 2000’s, chances are golf to you is synonymous to Tiger Woods. That’s because Woods dominated throughout the first decade of 2000, ranking as world number one from August 1999- September 2004 and June 2005-October 2010. That’s a staggering total of 545 weeks or roughly 10 and a half years. During the course of his career, Woods filled up his trophy case with a 14 major professional titles ( 2nd all-time ) and 79 PGA Tour events ( 2nd all-time). He is only the second player in history to accomplish the Grand Slam three times. He has been named PGA Player of the Year a record 11 times. That’s not it because if we list down all his accolades, we’re going to consume a lot of real estate.

Aside from his golf resume, Woods also topped Golf’s money list a record 10 different years. He’s been consistently included in the list of highest paid athletes for over a decade. In his peak, Tiger made at least $100M annually in total earnings. And even after his scandal, Woods still made a whopping $45M in 2016. As of December 2016, Forbes listed Woods as the 7th wealthiest American celebrity with a net worth of $740M. As he usually is, Woods is the youngest member of the list at age 41.

So how did Tiger earn his bounty? 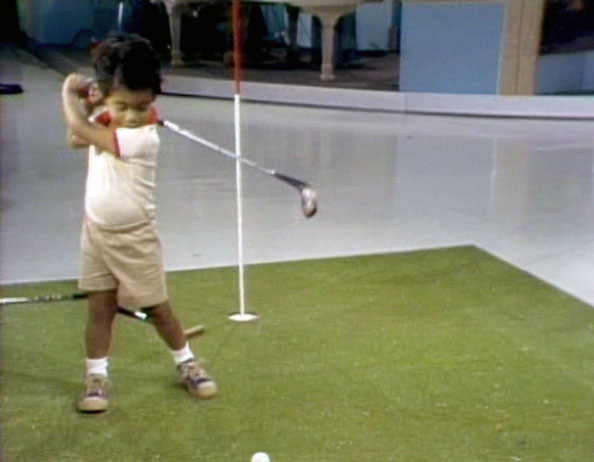 Tiger’s first public appearance was at the age of 2. He is shown here displaying his putting skills against the late TV great Bob Hope on The Mike Douglas show. Woods has been in the public eye ever since.

The young cub appeared on Golf Digest and ABC’s That’s Incredible at the age of 5. Before he was 7, he won an Under 10 tournament at the Navy Golf Course in Cypress, California. A year later, he won the 9-10 age bracket competition at the Junior World Golf Championships. He would later go on to win the Junior World Golf Championships six times, including four straight from 1988-1991.

Because of his rich amateur background, Woods was heavily recruited going to college. He chose Stanford and embarked on a remarkable collegiate career. In 1996, he turned pro at the age of 20. A year later, he won the 1997 Masters by an impressive 12 strokes. In doing so, he earned his first top prize award of $486,000.00 Two months after his Masters triumph, Woods became the #1 ranked golfer on the PGA tour. That was just the beginning 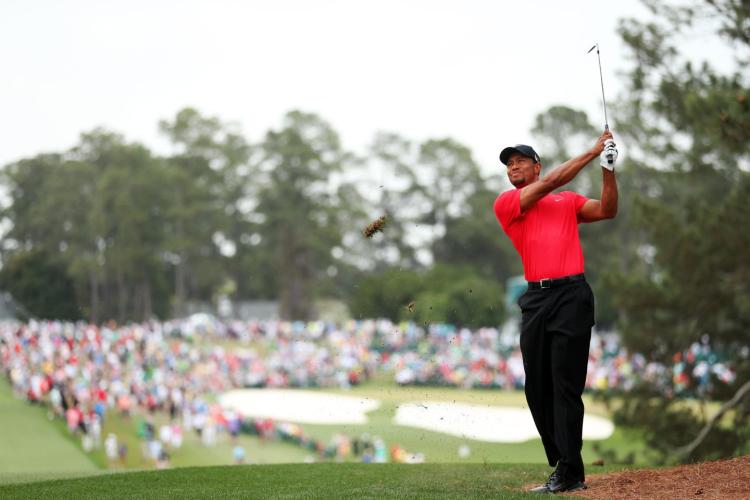 Woods instantly became an endorsement magnet. His first deals were with Nike, Accenture, Titleist, General Motors, General Mills and American Express. Of course we know that Nike was the biggest because they established a Golf division to accommodate Tiger. In 2004, Woods signed a five year $40M deal with Buick. In 2007, Woods along with tennis’ Roger Federer and football’s Thierry Henry were named ambassadors of Gillette through Gillette Champions. That deal was rumored to be worth around $10-20M for Woods. Gatorade was reportedly willing to pay Woods up to $100M for his Gatorade Tiger drink. That drink didn’t sell but Woods still endorsed Gatorade. We all know that Buick, Gatorade and Gillette withdrew from Tiger after the scandal which led to his divorce.

In 2011, Woods appeared in a 15-second commercial for the Japanese companies Kowa Co. Terms of the endorsement deal weren’t disclosed. In 2012, Woods signed an exclusive contract with sports nutrition firm Fuse Science.

Woods topped the $100M mark in career prize earnings with a $544K third place finish at the Deutsche Bank Championship in 2012. At that point, Woods had won a total of 38 tournaments with prize money of $1M or higher. For his first 277 starts, he had an average earning of $362,276.89. But just as Woods was conquering the world by storm, a car crash near his home ignited a scandal that would test him as a person, golfer and endorsers. Accusations of marital infidelity led to revelations of many sexual relations with random women. Woods has a clean image before that. It was tarnished by the time Tiger got a divorce from his wife.

Winning Takes Care of Everything 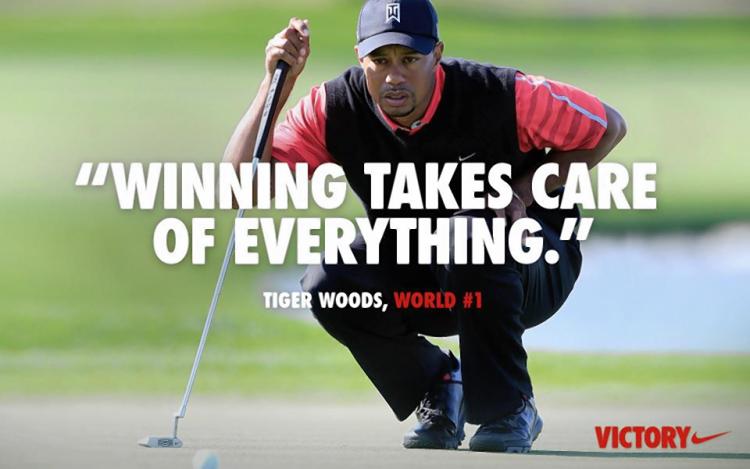 Just before Thanksgiving of 2009, Tiger Woods became the first athlete to earn $1B in prize money, endorsements, appearance fees and golf course designs. Five year later, he hit rock bottom-professionally and personally. His rankings significantly dropped as he lost top golf form. After taking a leave of absence, he briefly regained the #1 ranking in 2013 but a back surgery forced him to another skid and by 2016, he fell out of the Top 500 for the first time in his professional golf career.

But while his image and game took a hit from his infidelity scandal, he never lost all of his sponsors. In 2010, Gatorade, AT&T and Accenture dropped Tiger after the scandal. But a report said, his total endorsement earnings merely dropped from $92M to $70M in 2010. According to a study conducted by the University of California, Davis, shareholders of Woods’ sponsors collectively lost $12B in stock value following Tiger’s announcement that he was taking a leave of absence.

In the midst of all the storm, Nike stood by Tiger Woods. He had been Nike’s top golf man since 1996 when he signed a five year $40M deal. Nike re-signed him for a reported $100M over another five years and then extended him for an undisclosed amount for the next 7 years. By 2012, Nike’s Golf division reported a 10% growth in earnings to $726M. When he briefly regained the #1 spot in 2013, they came up with a commercial entitled ‘Winning Takes Care of Everything’. The ad drew a lot of criticism. But it was clear that Woods had regained some of his lost image. 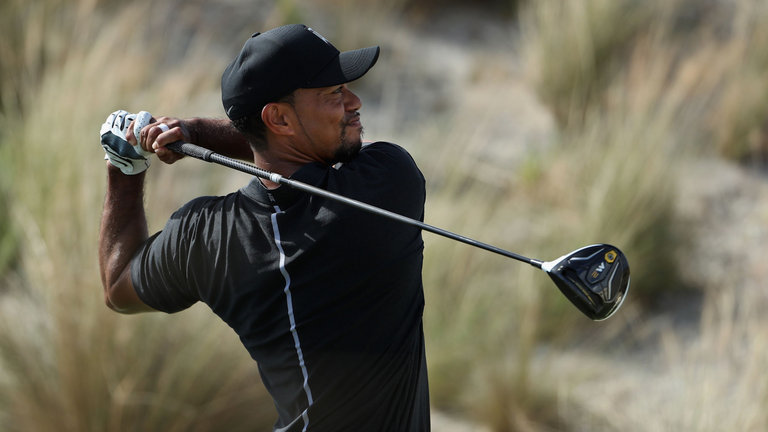 After missing 17 months due to injuries, Woods made a return to competitive golf in early 2017. With his return came a new deal that was ‘tailor made’ for him. Woods announced that he had signed a multi year deal to use TaylorMade golf clubs. He had been using Nike ever since but made the change after Nike decided to leave the golf club business.He still continues to use Nike apparel though.

Three rounds into his comeback though, Woods go hurt again. After missing the cut at Torrey Pines, Woods withdrew from the Omega Dubai Desert Classic with back spasms. In April 2017, Woods underwent his fourth back surgery since 2014. His 2017 schedule remains a question.

As of December 2016, Forbes reported Woods’ career earnings at $1.4B. His latest injury may put a final exclamation point on his playing career but we all know Woods’ prize money earnings was pocket change versus his off the golf course earnings. Woods’ career prize earnings totalled just over $110M since he turned pro in 2016. However, Golf Digest estimates that Tiger has made $1,454, 539.473. That’s in the same ballpark as Forbes’ estimates.