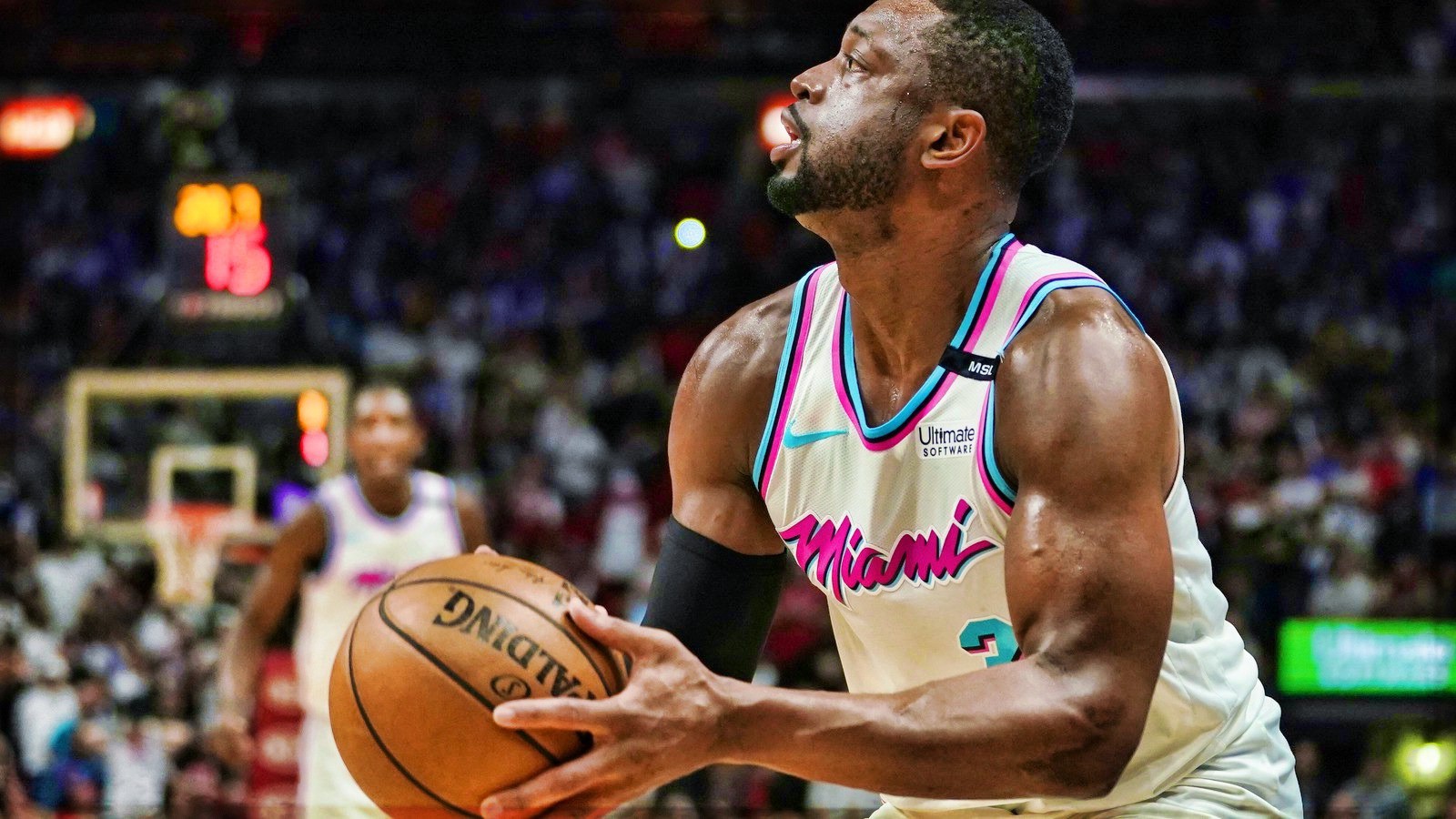 Not that Dwyane Wade's illustrious career has been lacking of memorable games but Tuesday night was a very special night for Dwyane Wade.

The Miami Heat guard turned back the hands of time by putting on a shooting display in the final period of the Heat's pulsating 102-101 win over the Philadelphia 76ers on Tuesday in Miami. He also did so on the night he honored one of the Parkland, Florida shooting victims. 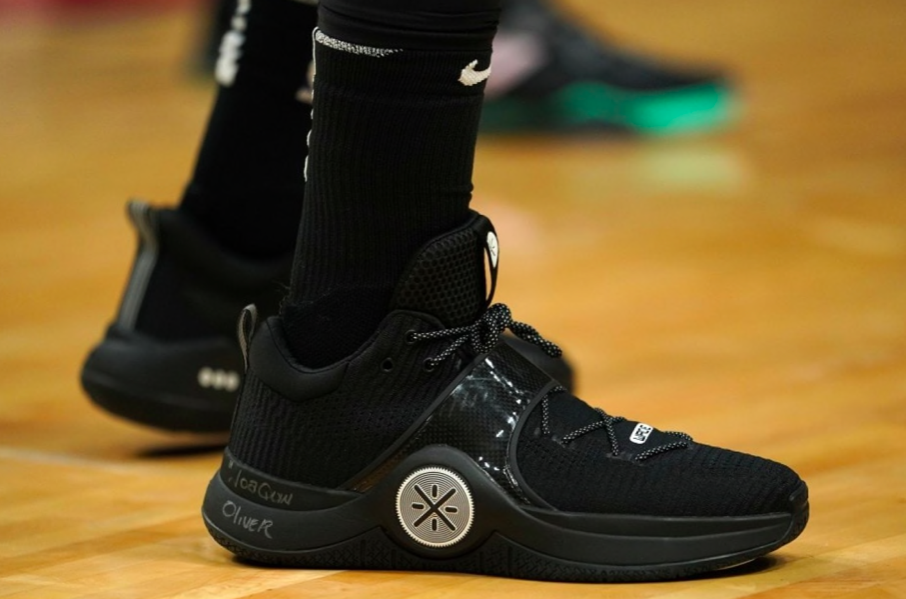 "From the standpoint of away from the game of basketball, as I continue saying, just understanding how important we are as professionals. And for me, it's just giving whatever I can to the people who believe in me, and especially people who were happy about me coming back here ( after the trade from the Cleveland Cavaliers at the trade deadline ), who embrace me the way that I only can dream of with me coming back home. So just paying due respect to ( Oliver ) and his family tonight."

Wade wrote the name of Parkland shooting victim Joaquin Oliver on his sneakers and then he went on to score 15 of the Heat's final 17 points, including the game winning jumper with 5.9 seconds left in the ball game.

Oliver was among the 17 fatalities at The Marjory Stoneman Douglas High School. The 17 year old was huge Miami Heat fan and was one of the Heat fateful who were very excited about Dwyane Wade's return to Miami. His parents revealed on Sunday's "Al Punto" talk show on Univision that their son was buried on February 17th in his favorite Dwyane Wade jersey. When Wade heard the news, he went to Twitter to say "You're about to make me cry this afternoon."

Won’t Shut Up And Dribble 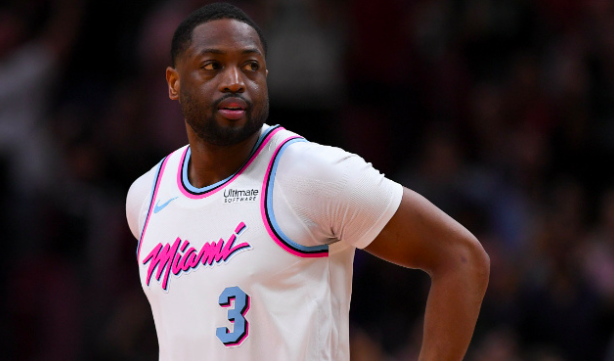 Wade had previously used Oliver's death to explain why athletes don't agree with Laura Ingraham's advice to buddy LeBron James to "shut it and dribble." Wade tweeted on Monday:

"This is Joaquin Oliver. He was one of the 17 young lives that were lost tragically at Douglas High School in Parkland. Joaquin was one of many that I heard was excited about my return to Miami and yesterday he was buried in my jersey. This is why we will not just SHUT up and dribble."

On Monday, the 12 time All-Star also said to media:

" I definitely always said my life has always been bigger than basketball. Playing here and being able to do some of the things I've done on the court, and I think off the court just as equally has helped that for sure.

"You really can't put that it words. You hurt for the family. If you ever get the opportunity to speak to them, you just try to hope the time where he was alive that you were able to bring some type of joy to his life and something memorable. A story that his family and guys can talk about."

After Wade posted on Instagram that he is dedicating his return and the rest of the season to Oliver, he delivered a vintage D-Wade performance that everyone is going to talk about for a long time. 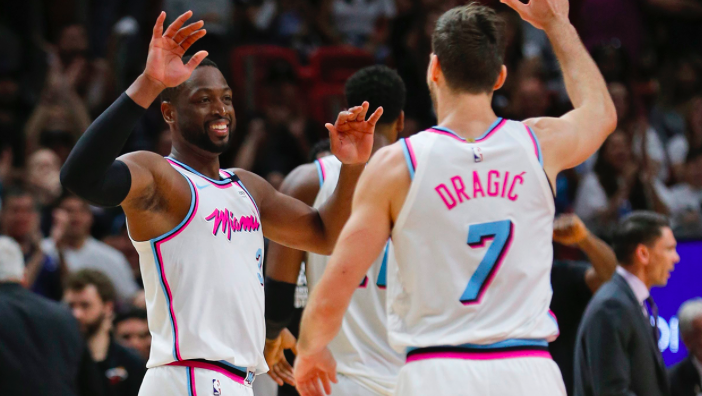 Wade finished with a season high 27 points (in just 25 minutes of action ) on 10-16 shooting, including 2-4 from behind the three point line. Philadelphia led most of the second half but Wade took over when it mattered most The Sixers were up 10 points in the fourth when the Heat rallied with an 11-1 run, punctuated by a Wade lay up, to tie the game with 4:57 left.

With 39 second left in the game and the Heat down three, Wade was fouled on a three point try. Coach Erik Spoelstra instructed the team to foul Ben Simmons, a poor free throw shooter, should D-Wade miss one or more free throws. Wade made all three but in a surprise, he fouled Simmons on the ensuing play, sending the Sixers rookie sensation to the foul line.

" I wanted to foul. I had confidence in myself that I was going to make all three. They kept running the pick and roll, and it was killing us and I just felt playing the numbers...I wanted the young fella to see, in this environment, what he's going to do." Said Wade.

The gambit paid off like a stroke of genius. Simmons missed the first and made the second free throw. Down one, Wade brought the ball up to their court, dribbled left, behind the back, and to his right. Once he found his spot, he raised over Simmons and fired the game winner. The Sixers had one final shot to win but Wade had already written the ending. J.J. Redick's wide open three pointer at the buzzer bounced off the rim.

"D-Wade was amazing down the stretch. " said Redick.

This Is My House 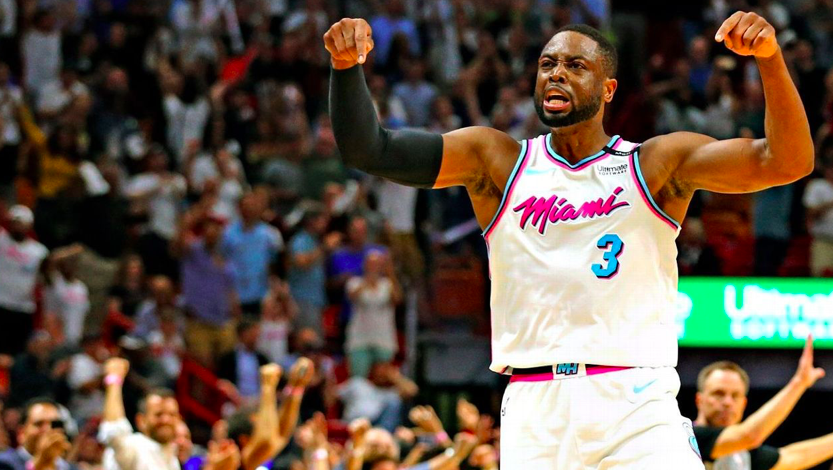 He was. Wade not only made an ad lib by fouling Simmons with the game tied, he also didn't give up the ball in their final offensive possession, deciding to take matters into his own hands and writing the final outcome himself. Classic Dwyane Wade.

After the final buzzer, Wade pointed to the floor with his fingers and yelled to the crowd "This is my house", as if to gesture that despite a short vacation to his hometown Chicago Bulls and a lease to his friend LeBron James' Cleveland Cavaliers, he never really left Miami.

"There's something about Dwyane Wade when you put that Miami Heat jersey on and play in front of these fans. He becomes somebody very special."

Wade is the first superstar in franchise history. He led the team two a total of three NBA titles, one with Shaquille O'Neal and two with LeBron James and Chris Bosh. Although he had superstar help, Wade was always considered as the catalyst in Miami. Even when he left for Chicago and Cleveland, everyone felt he would come back before he retired. When the Cavs traded him back to the Heat at this year's trade deadline, it was like a dream come true. Wade's return has sparked emotions in Miami and on Tuesday, those emotions went on an all time high.

Wade's heroics couldn't have come at a better time too. With the win, the Heat solidified their hold of the 8th and final playoff spot in the Eastern Conference. Miami increased its lead over the 9th placed Detroit Pistons to 3.5 games with the victory. With the win coming against the Sixers, Miami is now just one game behind them in the team standings.

Although the Heat are just 8th right now, there is very little that separates the East's 3rd to 8th seeds. Number three Cleveland is just five games up on the Heat and with still more than 20 games to play, the team's could swap places anytime. The Heat have lost seven of their last 10 games but after Tuesday, they have won two in a row.