Is Ben Simmons The Newest Member of the All NBA Kardashian Team?

One week after Ben Simmons reportedly broke up with his girlfriend after she was said to be doing ‘ Kardashian s***’, the 21 year old Rookie of the Year favorite is dating a, well Kardashian.ff

Simmons and R&B songstress Tinashe reportedly called it quits last week after the latter was said to be ‘going public with everything.’ According to a source quoted by MTO news, Simmons and Tinashe ‘just started dating and this girl is calling up paparazzi and sh*t like that.’ The same source said that Ben isn’t trying to be Kanye West. Well, right.

Simmons and Jenner have reportedly been dating for a few weeks now. The pair was seen with friends at the Lower East Side Vandal restaurant in Manhattan a week ago and were spotted having lunch together at a Beverly Hills hotel earlier this week.

According to E!, Simmons met Kendall during a recent trip to New York before crossing paths again in Los Angeles. The report said that they have mutual friends which has made their getting to know each other stage easier. A source also said Kendall and Ben have gone out several times already and that she ‘likes him’. Simmons has also spent time in Los Angeles and has even been to her house. Although there is no official confirmation from either Ben Simmons or Kendall Jenner that they are dating, all signs point to that.

Simmons was linked to female basketball player Dylan Gonzalez from June to November 2017. Early this year, Simmons was linked to singer-songwriter Tinashe. In March, Tinashe referred to Simmons as her ‘little boo thang’. Simmons later confirmed the romance, posting cuddly photos on social media. He even captioned one of the photos as ‘ 'This is a dime I cant pass up.' But there’s something about the Kardashians that make then a magnet for athletes, NBA players in particular.

When she was 18, Kendall Jenner was linked to then Dallas Mavericks forward Chandler Parsons. In 2016, Kendall and Los Angeles Lakers guard Jordan Clarkson became an item. Then in March 2018, Jenner confirmed that she was dating Detroit Pistons forward Blaker Griffin. Sister Khloe was infamously married to former Lakers star Lamar Odom, got involved with Houston Rockets guard James Harden and is now in a relationship with Cleveland Cavaliers big man Tristan Thompson.

There was even a time when Khloe was seen going out with Odom’s former teammate Rick Fox. And yes, before she married Odom, Khloe was dating former Minnesota Timberwolves guard Rashan McCants.

Before Khloe’s sister Kim hooked up with current beau Kanye West, she was married to former NBA player Kris Humphries. But the couple divorced after just 72 days of marriage. So if you come to think of it, the Caitlyn’s girls can officially form an All NBA -Kardashian team:

And this team isn’t just an all-time team but one that has current NBA players and one that compete with some of the league’s more inferior teams. Now that team has just gotten better with the inclusion of Ben Simmons. That’s not it. The Kardashians can also put up a team for Ice Cube’s Big 3 three on three basketball league with this line-up:

Impressive really how the Kardashians can put up teams in both the Big 3 and the NBA. If you take a look at the roster, it’s Khloe and Kendall who are carrying both teams - literally. 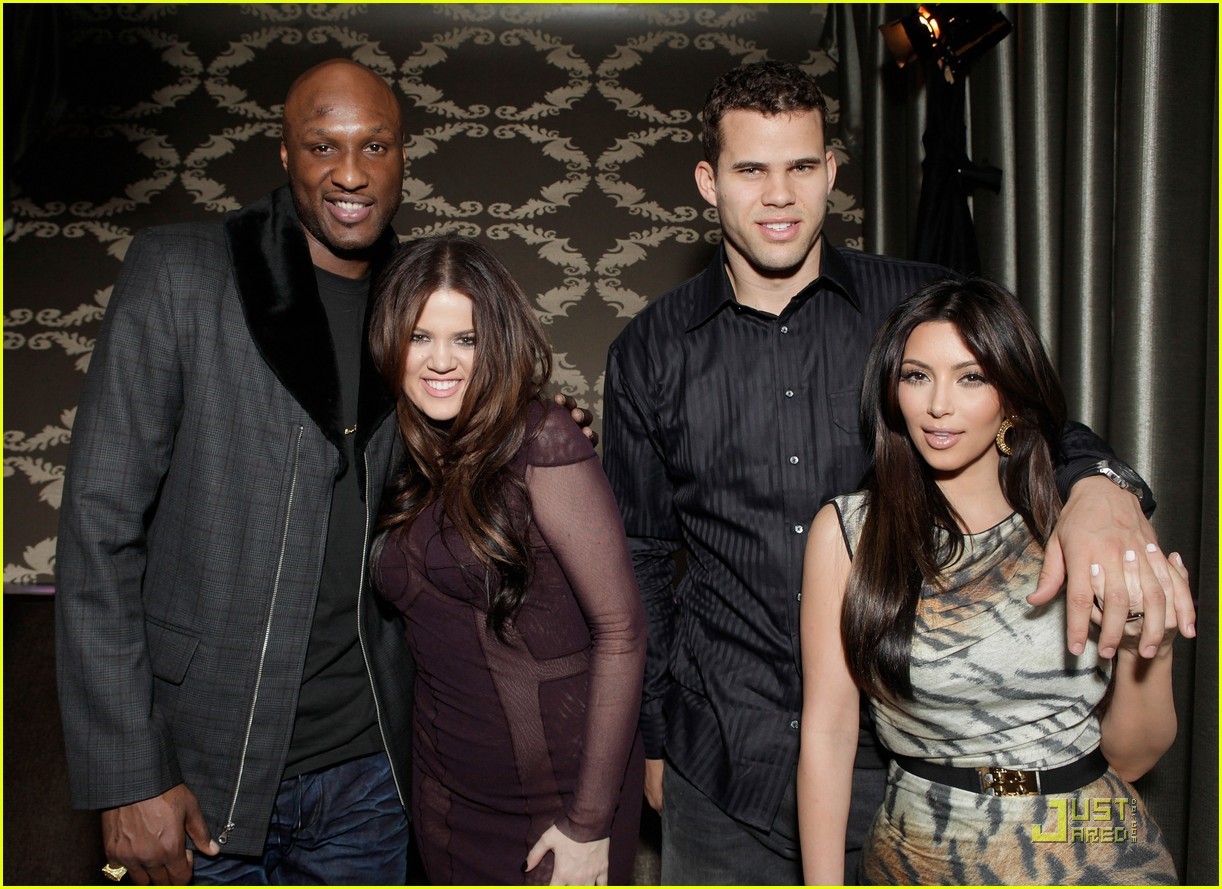 The most unfortunate of these athletes is Lamar Odom, who at the peak of his career was a Sixth Man of the Year winner and two-time NBA champion. After Khloe filed for divorce in 2013, Odom nearly died of drug overdose. Odom never played in the NBA again.

Kris Humphries was having a breakout season with the New Jersey Nets when his 72 day marriage to Kim ended after she was rumored to be cheating with her current man Kanye West. Since then, Humphries spent the next four seasons playing for five different teams. He last played in the NBA in 2017.

James Harden considered his time with Khloe as the ‘worst year of his life’ because of the unwanted attention. After their breakup in February 2016, Harden’s basketball numbers have meteorically gone up. He is the leading candidate to win the 2018 NBA MVP award.

After Harden, Khloe rebounded with Tristan Thompson. Khloe started out as a ‘lucky charm’ of sorts as Thompson and his Cavs won the NBA title in 2016. But Thompson played just 22 regular season games this season dealing with several injuries. It’s safe to say that 2018 was the worst season of Thompson’s career.

Chandler Parsons NBA career has plummeted since 2016 as he’s dealt with several knee surgeries in the last couple of years. Blake Griffin got traded to Detroit during the 2018 season and he went from a bad team to a worse one. McCants blamed his misfortunes on his publicized relationship with Khloe. He even said it cost him around $60-70M in contracts.

Not all were cursed though as Clarkson and Fox are doing just fine in their respective lives, although Clarkson’s numbers have dropped since being traded to the Cleveland Cavaliers. However, Clarkson will be going to the NBA Finals in his first playoff appearance.

Ball In His Hands 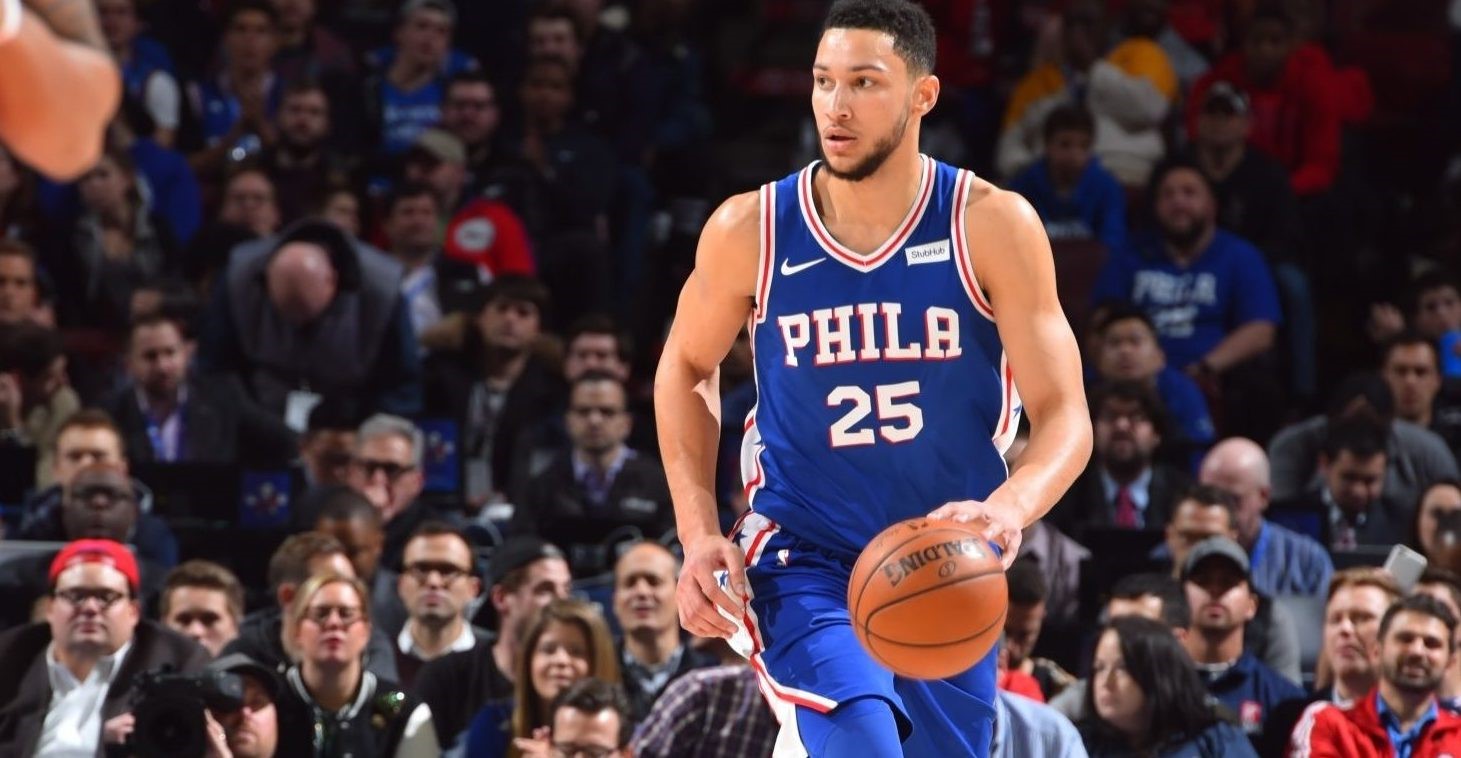 So now, the Kardashian ball is in Ben Simmons hands. The Sixers freshman sensation was impressive with the ball in his hands during his rookie season in 2017-18. After his team was eliminated by the Boston Celtics in the second round of the playoffs, Simmons and Sixers big man Joel Embiid talked about putting rings on their fingers. What if Simmons puts a different ring on his fingers first?

Even then, maybe Simmons should have stayed away. Isn’t he now the target of nasty accusations by the camp of his former girlfriend Tinashe? Good thing the season is over for the Sixers or else, this Kendall thing could have become a big distraction not just for Ben but for the team as well.

If Ben and Kendall are indeed a couple and they last longer than most Kardashian flings, then we could see their relationship and Ben Simmons’ career tested when the next NBA season begins in November. It will be interesting to see how Simmons’ handles the pressure of taking the Sixers to the next level while immersing himself in the Kardashians crazy world.