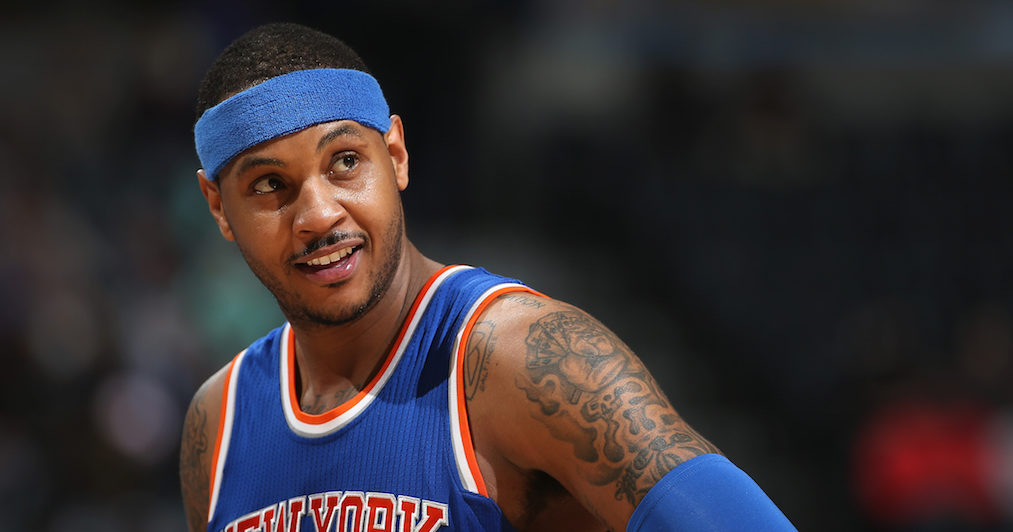 Is Carmelo Anthony Headed For A Mid-Season Buyout?

NBA insiders are saying that if the Knicks aren’t able to deal Carmelo Anthony by the trade deadline, they may be willing to accept a midseason buyout if the Knicks will get substantial savings from the move. For that to happen, Anthony would have to agree to drop his 2018-19 player option. Without an agreement, the final year option on Anthony’s contract will count against the Knicks’ 2019 salary cap.

Buying out Melo won’t get the Knicks anything tangible. However, it will clear them of their $27.9M obligation for the 2018-19 season. That could be a win-win scenario for the Knicks, rather than say take in Ryan Anderson’s three years $60M salary just to help facilitate sending Anthony to the Rockets. 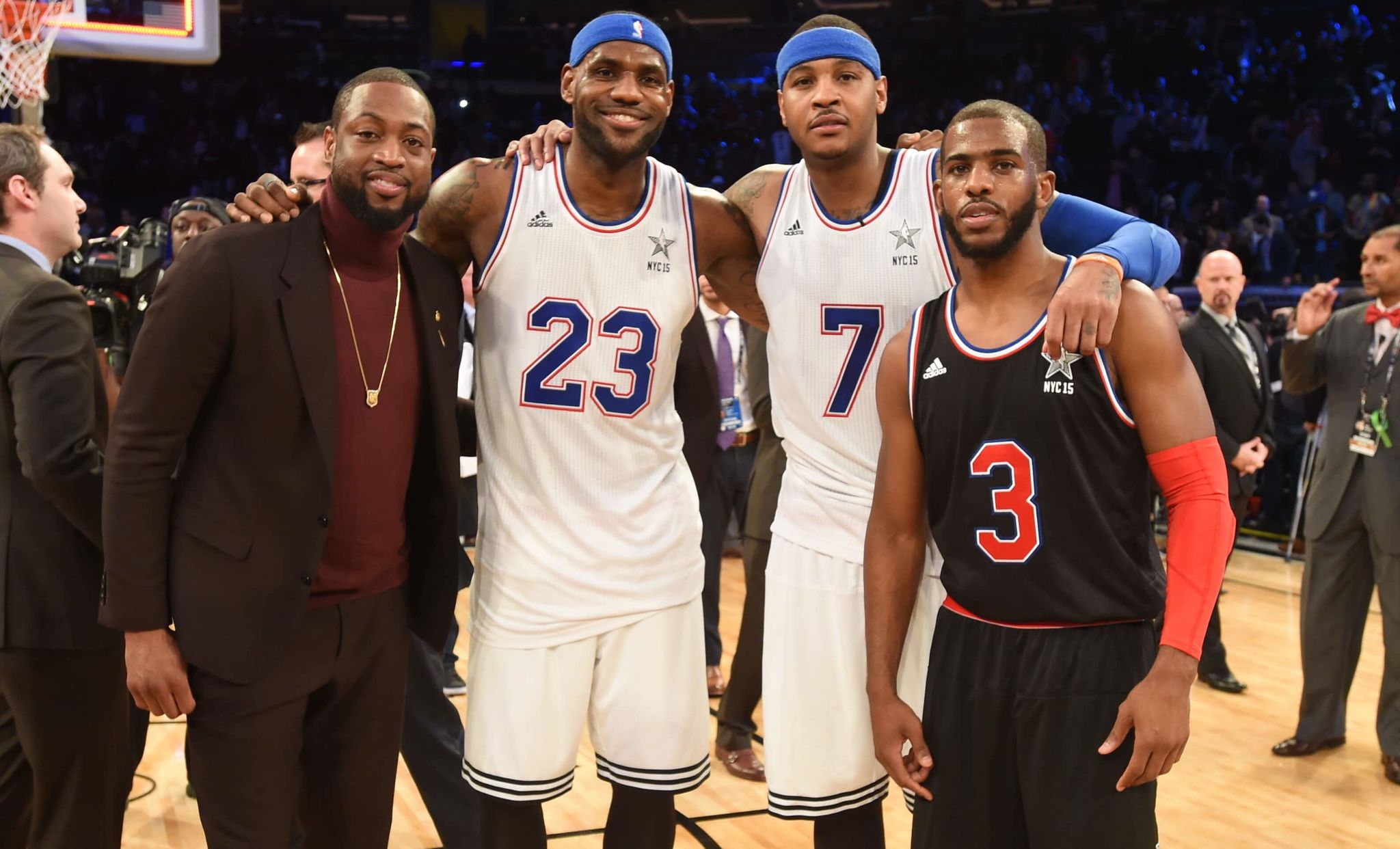 Should the Knicks buy out Anthony after the trade deadline, Melo will have the freedom to sign with any team he pleases. Understandably, Houston has been his preferred destination because he wants to play alongside banana boat buddy Chris Paul and James Harden.But the recent turn of events in Cleveland may have made Anthony reconsider about playing with his other banana boat buddy LeBron James.

Before the ‘trouble in the Land’ this summer, Anthony was said to have been eying a move to either Houston or Cleveland. But with Kyrie Irving’s trade demand, Melo reportedly mentioned Houston because he felt the Cavs’ chances of winning the title diminished with Kyrie’s request. On the other hand, CP3’s arrival in Houston boosted the Rockets’ title aspirations.

But with Cleveland now adding Isaiah Thomas and Jae Crowder ( will there be one more ? ) to their line-up, the entire picture has changed. Cleveland getting an All-Star guard with almost the same numbers as Kyrie Irving plus adding a quality 3-and-D wingman in Crowder has put Cleveland back on the title map. 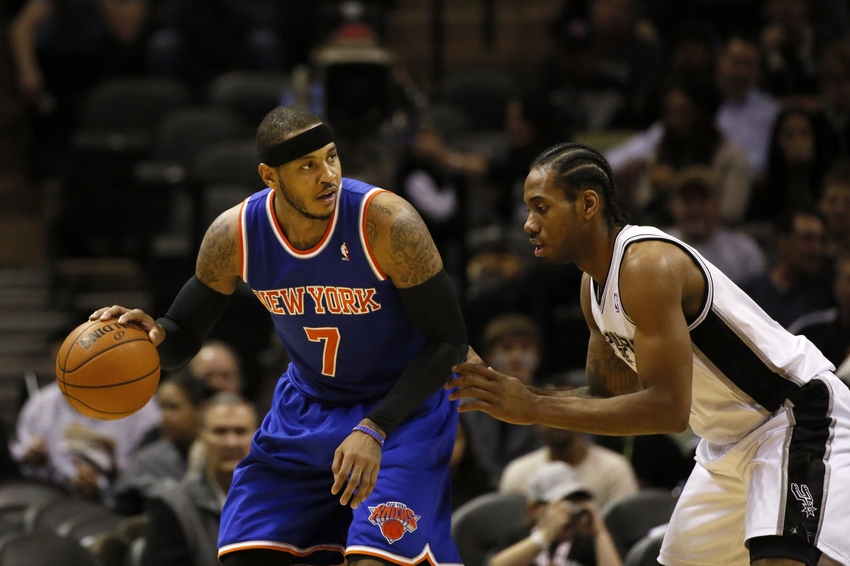 Carmelo Anthony is already 33 years old but despite the obvious declines in his game, he is still virtually unstoppable to stop on one-on-one offense. We saw that when he recently worked out with LeBron and Kevin Durant in a high profile pick up game at Melo’s training gym in New York.

That kind of offensive creator is something every title contender must have in the postseason. Sure, every team is the league is loaded. But what takes you to the next level is that extra punch when it matters most. Anthony most certainly can bring that to the Rockets or the Cavs.

If and when Carmelo Anthony hits the free agency market via buyout, expect both the Rockets and Cavaliers to make a strong push to get him. It’s going to be some tug of war and we’ll find out which banana brothers are really closer. But regardless of which team he chooses, that team is going to be a threat in the 2018 postseason. 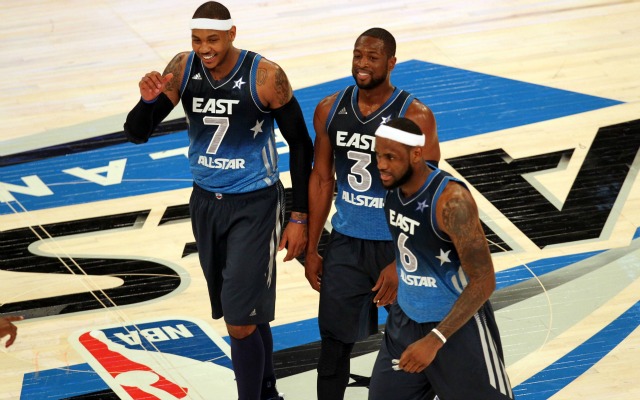 Aside from Anthony, a second banana boat brother is also expected to be bought out anytime now. Dwyane Wade, currently with the Chicago Bulls, isn’t expected to finish the season in a Bulls’ uniform. Some are even not expecting him to start the season wearing Chicago red. Interestingly, Wade is rumored to be eyeing a reunion with LeBron James in Cleveland. Should that happen, Cleveland becomes more attractive to Carmelo Anthony than the Rockets.

A line-up with LeBron, Carmelo, D-Wade, IT and K-Love gives Cleveland the best line-up to match the high powered offense of the Golden State Warriors on paper. We say on paper because although we know these five All-Stars can put up the numbers, we don’t know if they can play together as one unit. We know how fluid and cohesive the Golden State offense is, even with Kevin Durant.

If Anthony chooses the Rockets, he will still be an excellent fit there, especially with the Rockets’ three point shooting. Anthony is a career 34.6% three point shooter and has averaged 2.0 out of 5.7 three point attempts last season. That’s a perfect marriage right? But there’s a hitch: Mike D’Antoni. 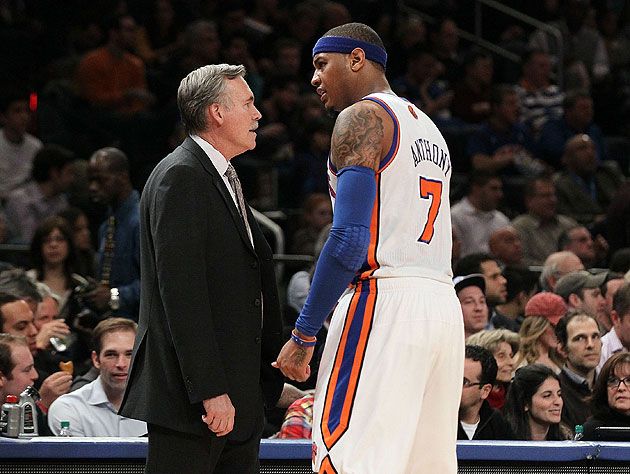 D’Antoni coached the New York Knicks from 2008-2012 and took the them to the playoffs in two of four seasons. However, D’Antoni quit the job because of Carmelo Anthony. Back then, Anthony threatened to ask for a trade if D’Antoni would not be replaced. D’Antoni didn’t wait for that to happen. He walked out and quit.

D’Antoni won Coach of the Year in Houston last season. If Carmelo wants to join the Rockets, he will have to play for and with Mike D’Antoni. The same goes the other way around. Mike D’Antoni must coach with Carmelo Anthony in the line-up. Given their rocky history, would it be a surprise if it won’t work again?

Also, the current trade talks between the Knicks and Rockets have not just been slow. According to reports, it has stagnated. Reportedly, the teams are having trouble finding a third ( or fourth ) team to help facilitate the trade. Will Houston’s lack of serious interest ( they aren’t in dire need of Melo, really ) play a part in Anthony’s decision if and when he becomes a free agent via buyout? You would think so. 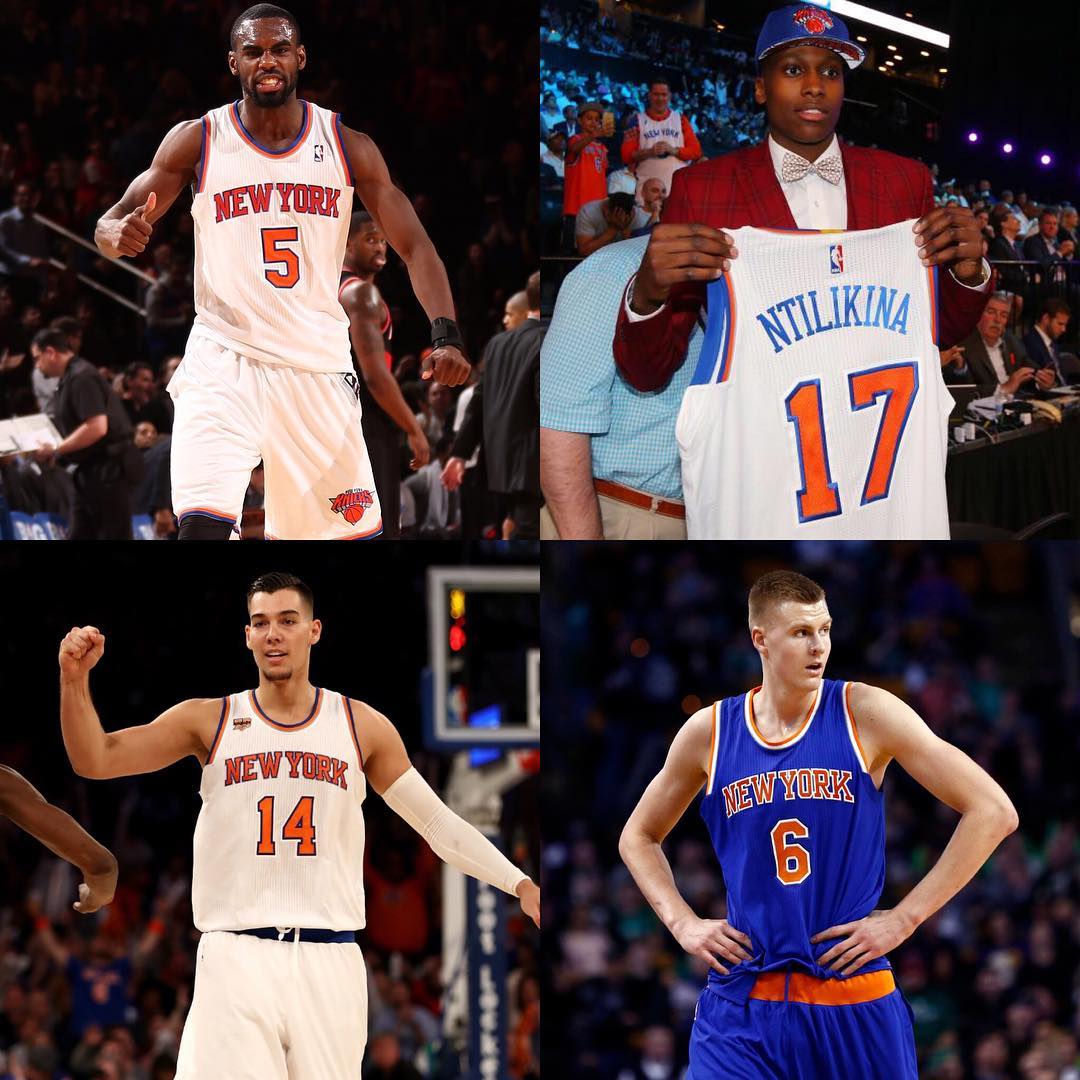 Unless a trade happens soon, then expect Carmelo Anthony to return to training camp in New York. For now, that’s the likely scenario with no trade takers. Steve Kerr has reportedly checked on Melo at the Lifetime gym where he trains in the offseason and that may be a sign that Kerr is resigned to playing Melo at the start of the season. It’s going to be awkward though.

Just recently, the Knicks posted a season preview on their website. There are no pictures or any mention of Carmelo Anthony. It got even more weird when a blog written by Knicks President Steve Mills doesn’t talk about Melo. Wrote Mills:

“Dogged defense. Crisp, unselfish ball movement. Scraping for loose balls. These will be our hallmarks. And our plan to become more youthful and athletic is underway with 22-year-old Kristaps Porzingis, the return of Tim Hardaway Jr., 25, Willy Hernangómez, 23, and with the debut of our 1st round draft pick, Frank Ntilikina, just 19.”
Unselfish ball movement? Plan to be more youthful? These obviously don’t refer to Carmelo Anthony. It’s obvious he is no longer part of the Knicks’ plans. The only question now is how and where he will go.