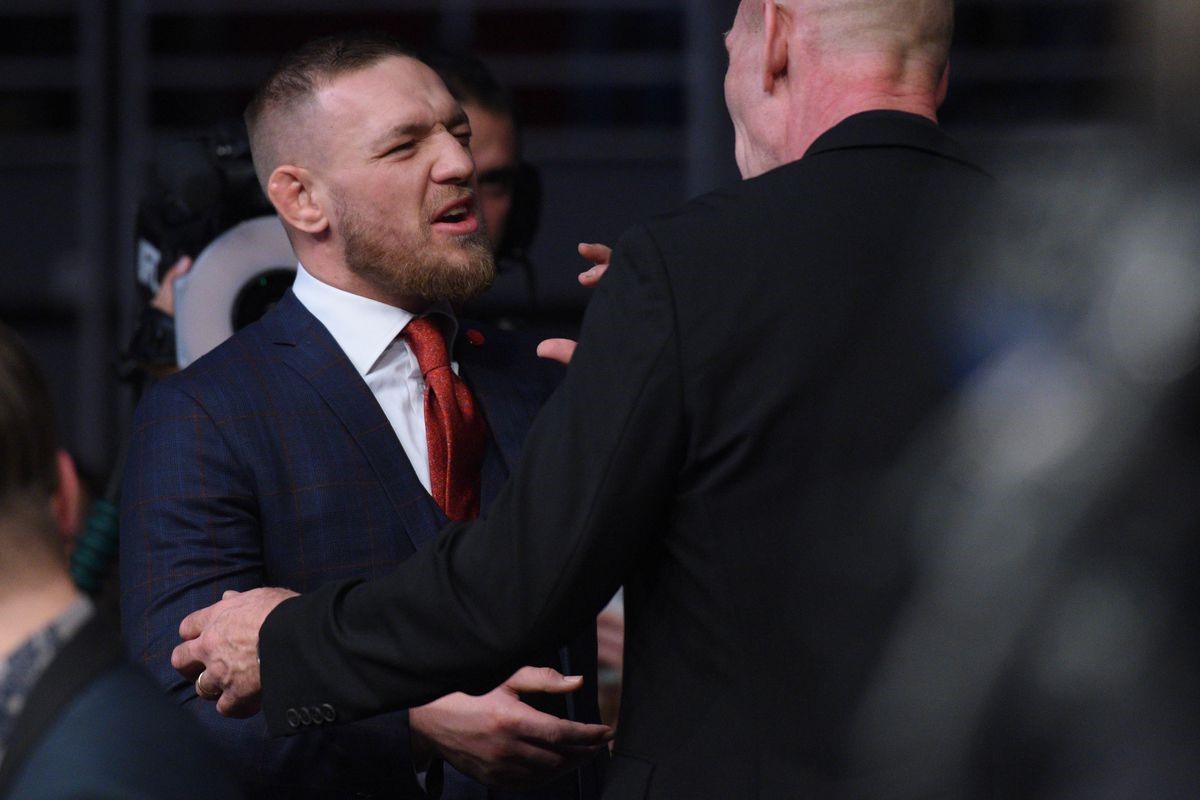 Is Conor McGregor In Serious Trouble? 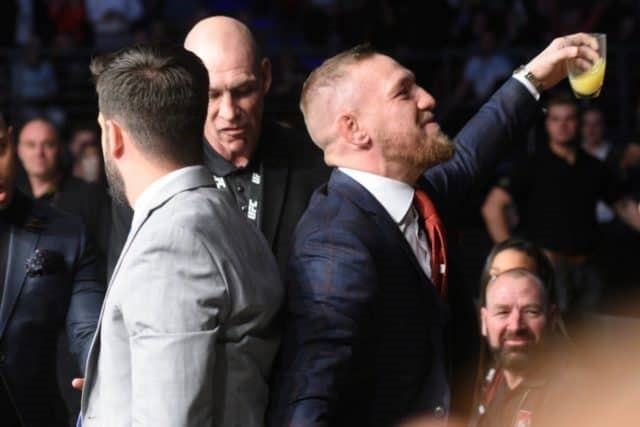 Multiple reports claim that McGregor got involved in a melee at a Dublin pub last Sunday. The reports said that McGregor punched a 50 year old man during the incident. According to the Irish Independent, the scuffle began when the sports star tried to assault a young man inside the bar. The older man tried to intervene and was instead punched. The sports star was ushered out of the bar and sped away.

According to the reports, the 50 year old man has close ties to convicted drug dealer Graham ‘The Wig’ Whelan, a member of the Kinahan cartel which is currently involved in gang wars in Dublin. One report suggested that the man McGregor punched may have been Whelan’s father. But whether it was the mobster’s dad or not, sources are saying these underground personalities are out for Conor’s blood.

UFC President Dana White said he does not believe that McGregor was involved in the incident. However, he added that if the UFC lightweight champion is, they will figure it out:

“I don’t think it’s true, because if it were true, it would be big,” White said. “Conor can walk down the street, and it’s big news now. If this was true, I would just have to believe it would be off-the-charts crazy…...If it’s true, we’ll end up finding out,” White said. “I can’t chase all these things around. If they’re true, we’ll get it figured it out, and we’ll go from there.”

May Not Fight Again 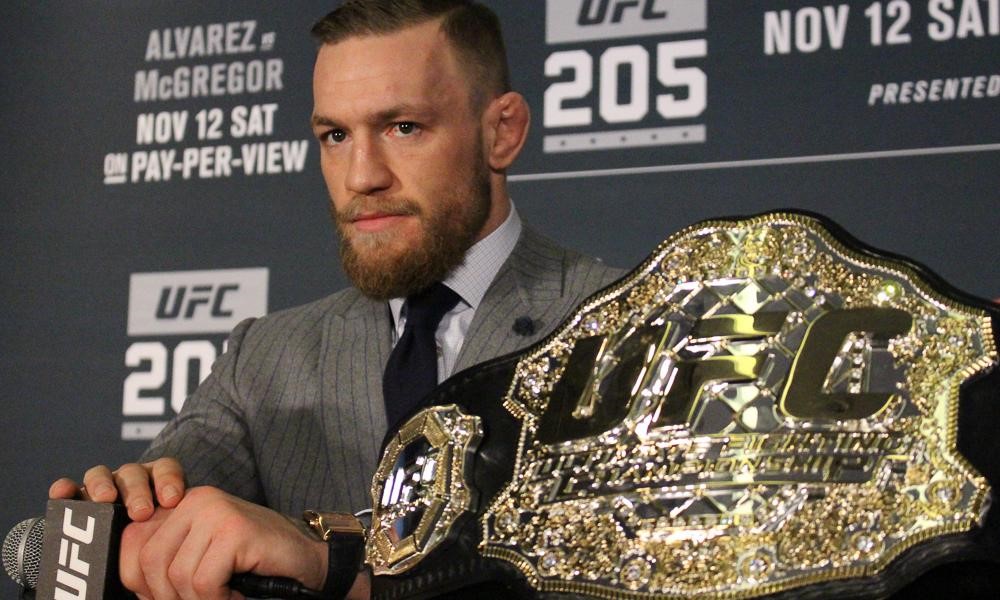 What White made clear though is that Conor McGregor may not fight again because he is already made for life.

While McGregor hasn’t fought inside the octagon since winning the lightweight belt from Eddie Alvarez at UFC 205 in November 2016, he returned this August to fight boxing legend Floyd Mayweather Jr. in a boxing match. McGregor reportedly made a hefty sum from fighting Mayweather:

“Listen, Conor might never fight again. He made $100 [expletive] million. I’ve got guys who made less than that who are lawyers and went to school their whole lives and quit working. When you go to school your whole life to be a lawyer, and you’re a good lawyer, and you make a few bucks and you’re done? The guy’s sitting home every day watching cartoons or whatever he’s doing. I don’t know.
“[Ex-UFC matchmaker] Joe Silva doesn’t work any more. These guys make money and that’s it. Fighting is the worst. Fighting is the worst. Try to get up and get punched in the face every day when you have $100 million in the bank. Money changes everything with a lot of people.”
Indeed a lot has changed since McGregor made a $100M fighting Floyd Mayweather Jr. inside a boxing ring. McGregor has been constantly in the news lately, and for the wrong reasons. 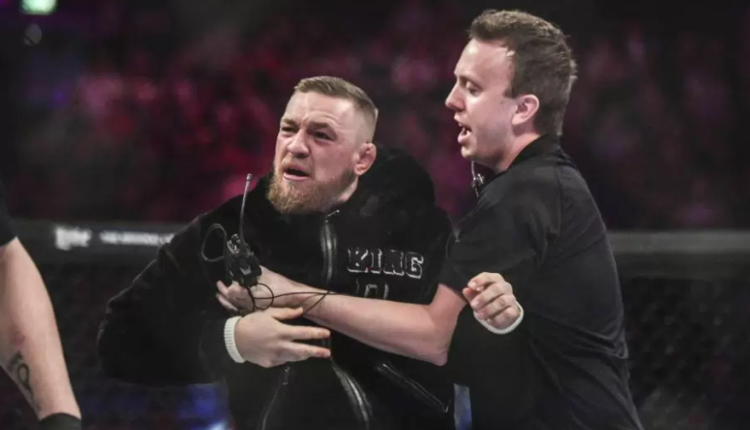 Just weeks ago, McGregor made headlines at Bellator 187 in Ireland when the Notorious One entered the cage to celebrate with teammate Charlie Ward and instead ended up shoving referee Marc Goddard and slapping a Bellator employee in a forgettable scene caught on tape:

@TheNotoriousMMA jumps the cage for his teammate Charlie Ward and its all chaos. #MMA #ConorMcGregor #Bellator187 pic.twitter.com/gu9LZL8ORf

Prior to that incident, McGregor had another run-in ( coincidentally or not ? ) with Goddard, this time at UFC Fight Night 118 last October. Goddard had to stop a fight and order McGregor back to his seat after the Notorious One tried to corner teammate Artem Lobov who was then fighting Andre Fili:

That wasn’t it for Mystic Mac: After that fight, McGregor was caught on camera using a homophobic slur as he escorted Lobov to the locker room:

McGregor would later end up apologizing for his wrong choice of words. McGregor also apologized for his actions at Bellator 187 but it was clear during these two events that McGregor has crossed the line with his antics and that sooner or later, run-ins like these would cost him. 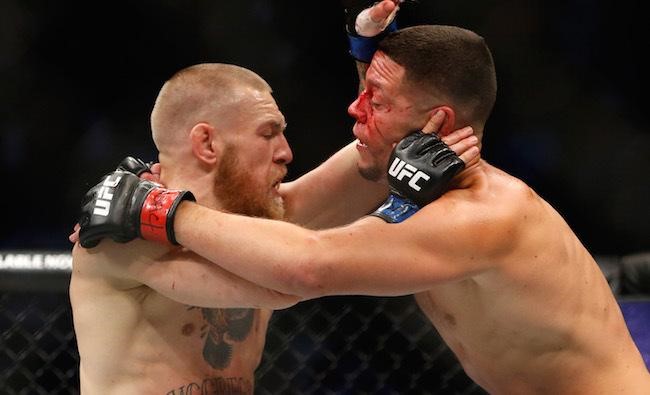 McGregor was being rumored to return at the end of the year to face Tony Ferguson. UFC President Dana White admitted they were trying to book McGregor a UFC 219 bout with Ferguson but that idea has been thrown out of the window after the Bellator incident. While Association of Boxing Commission head Mike Mazzulli claims that the UFC removed McGregor from UFC 219 because of his behavior at Bellator 187, Dana White didn’t say that black and white and instead just told reporters that the Irishman ‘isn’t ready to fight’

But while McGregor may be able to get away with his antics related to the octagon ( or cage, in Bellator language ) , it won’t be as easy to walk away unscathed outside it. So if indeed the reported bar altercation with Irish mobsters are true, then perhaps Conor McGregor may be in serious trouble.

Whether this is what led Dana White to saying McGregor may never fight again is unsure. White clearly said that McGregor’s $100M bounty from the Floyd Mayweather bout has made him set for life. And that given the choice between the brutal game of fighting and enjoying the spoils of war, McGregor will obviously choose the latter and never fight again. But what if there is really a serious threat on McGregor’s life because of his run-in with mobsters? 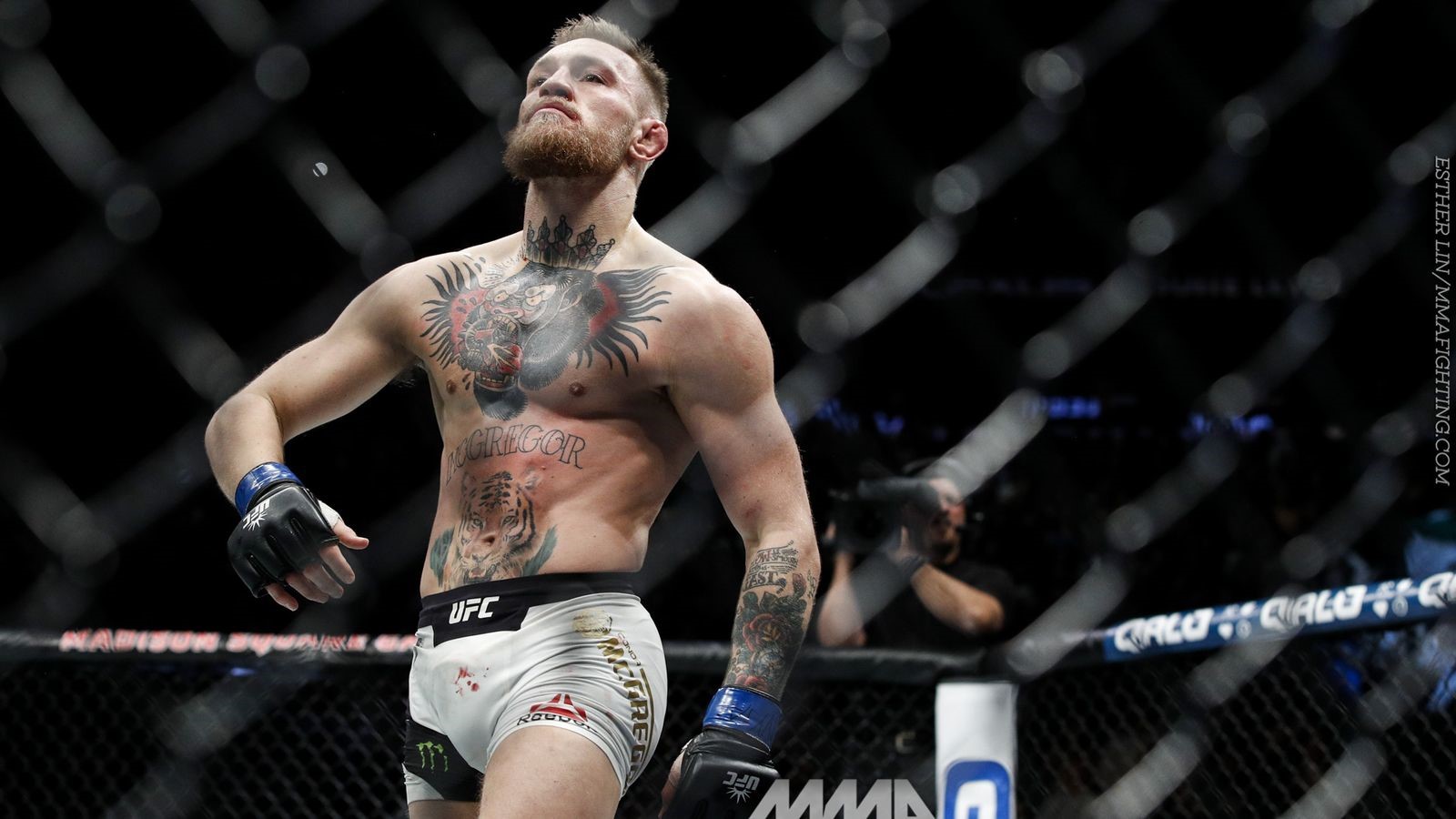 What’s certain though is that McGregor is no longer fighting at UFC 219, anytime soon or even permanently. What that does is put an asterisk to his MMA legacy because while McGregor is the first fighter in UFC history to hold two world titles concurrently, he will also have the ignominious distinction of being the only champion never to have defended his belt/s.

Dana White can go on defending McGregor about not defending his titles ( yet ) but Conor McGregor cannot be a true champion unless he fights Ferguson or any challenger to his world title. He may be the richest MMA fighter of all-time but he will never be in the consideration as the greatest of all-time. But perhaps more than his legacy, it’s McGregor’s safety and security that’s more important right now.

Conor McGregor has always been a larger than life figure. But his head may have gotten too big for his own good. He may get away with his actions if these are related to the octagon. Outside it though, he’s just as vulnerable as you and me.