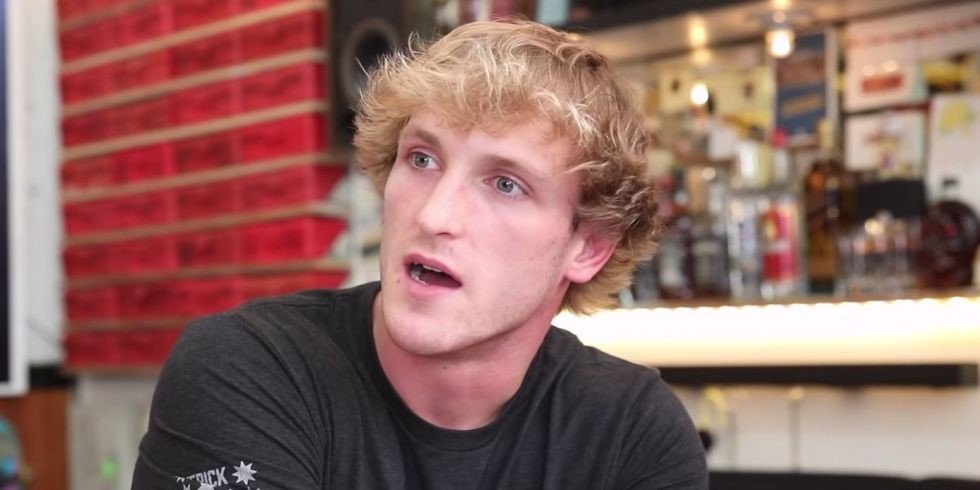 Is Logan Paul A Possibility For The UFC?

YouTuber Logan Paul is fresh off a draw in a boxing match against fellow YouTuber KSI. The two YouTube superstars fought in a highly white collar boxing match last month in London and after six entertaining rounds, the bout ended in a draw which didn’t go well with most of the audience who felt their boy, KSI won the fight.

Despite the disappointment in the outcome of the fight, the event was a massive financial success. The event was streamed live via YouTube for a fee of $10.00. According to industry analysts, KSI vs Logan Paul did an estimated 800,000 PPV buys or a total of $8M in PPV revenue. The 800K PPV total is more than any UFC event to date for the year 2018. Of course, we expect the upcoming McGregor vs Khabib showdown to toppled that number. UFC 229 is expected to rake in some 2M in PPV buys (according to Dana White). Still, considering KSI vs Logan Paul was a pure and simple white collar boxing match, the revenues were impressive.

Barely a week after the fight though, Logan Paul was already talking about a possible next fight. No, not in boxing but in the UFC. Paul recently took to Twitter to talk about that possibility:

the thought of securing a fight in the @UFC is exciting... could finally use my wrestling background... but i hear some other celebrities/athletes want to catch these hands first? 😂

Logan Paul talks about his wrestling background and that’s because he does have one. Back in high school, he qualified for the state level Ohio High School Athletic Association 2013 Division I Wrestling Championships. He never pursued wrestling though as he began his career as a YouTuber when he was in college. He even dropped out of school to pursue that career and that’s where he made his name.

Going To The UFC ? 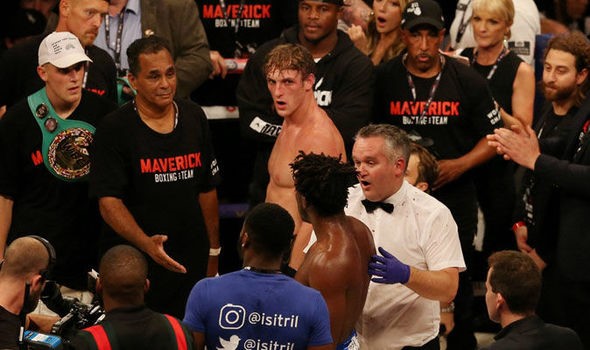 Early this year, another popular YouTube artist known as KSI ventured into boxing. After winning his boxing debut, KSI called out Logan Paul and so the rivalry was born. After negotiations were finalized, the two were booked to fight last August at the Manchester Arena. Regardless of the outcome, a rematch was included in the contract and it is supposed to happen in February 2019 somewhere in the United States. But February is still some sixth months away and before Logan Paul’s name would go silently in the background, he put himself in the news again, teasing about a possible UFC fight.

Paul’s tweet has already caught the eye of UFC fighter Sage Northcutt. Northcutt has replied to Logan Paul’s tweet and challenged him to a UFC bout. Northcutt is one of the UFC’s projects, a young and good looking athletic freak whom they are trying to project as a future star, which he isn’t by the way.

Apart from his freakish athleticism, Northcutt is a so-so fighter who has gotten plenty of promotional mileage from the UFC. He’s far from being a title contender and I would be surprised if he is going to become one someday. Despite that, he gets to fight on main cards and big events. Now he wants a piece of Logan Paul but will the UFC give him that fight? I don’t know. But like most true MMA fans, it’s a fight that I don’t want to see. Not only does Logan Paul have no MMA background or whatsoever, that fight would also be meaningless in a competitive promotion like the UFC. But with the way Logan Paul’s tweet has gotten mileage ( it has 38K likes to date ), who knows what the UFC is thinking right now.

Embarrassment To The Sport? 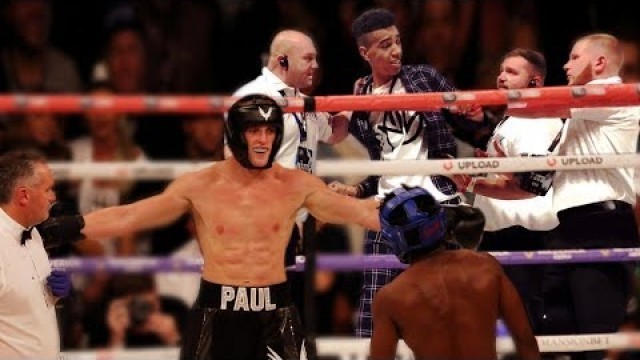 Logan Paul’s UFC ambition has caught the attention not only of Northcutt, but of a couple more prominent UFC fighters. Double champion Daniel Cormier was one of those. No, DC didn’t challenge Logan Paul to a fight. That would be absurd. What he did though was suggest that if Logan Paul wanted to get into MMA, he should fight newcomer Kyle Crutchmer. Said DC, via Twitter:

Yo @LoganPaul , I know a guy and he’s barely getting started. @KyleCrutchmer what you say? pic.twitter.com/ddZaw3MHAh

Like Cormier, Crutchmer was a former wrestler from the Oklahoma State University. He wrestled for the Cowboys from 2012-17 and then transitioned to MMA this year, winning his first two bouts ( via submission ) while fighting for Oklahoma’s premier MMA promotion- Xtreme Fight Night (XFN). The former two time All-American trains with Cormier at the American Kickboxing Academy so that’s probably the reason for the plug by DC.

But while Cormier was welcome to see Logan Paul get his hands down and dirty in MMA, Briton Darren Till, who is scheduled to fight Tyron Woodley for the UFC welterweight championship next Saturday at UFC 228, sees it differently. The Gorilla lashed out on the American YouTuber via Twitter saying:

“Every day is hard as f**k, every day is a little more harder on your physical & mental state. Then ye get a cunt coming along like this youtuber fella thinking he can mix it in the UFC. fuck off will ye mate and don’t embarrass our sport.”

Till has a point. MMA is no easy sport. In fact, it is one of the most brutal fight sport today. MMA fighters train like hell for fights that last 15 to 25 minutes and sometimes they end up getting knocked out with the first punch. Well, at least Jose Aldo did, when he got stopped in 13 seconds by Conor McGregor. But the point is, Logan Paul is coming off a draw in a white collar boxing match, his first foray into boxing. Now he wants to fight in MMA? You’ve got to love his enthusiasm ( or need for attention?) But as Till said, don’t embarrass the sport.

The Next CM Punk?

Remember C.M. Punk? Well who doesn’t? The guy was one of the demigods in pro wrestling. He was signed by the UFC even though he had no previous fighting experience. He trained like hell for a couple of fights but ended up losing both badly. Punk though was a big draw because he was a superstar in the WWE. But after bringing PPV buys in his first bout, nobody cared he was fighting in his second fight. I don’t think Punk’s going to fight again, not in the UFC not in MMA.

As for Logan Paul, well he’s a famous dude like CM Punk. Perhaps even more popular. Doesn’t he have 18M subscribers in YouTube? But if he couldn’t beat a fellow YouTuber in a boxing match, there is no way in hell he is going to make it in MMA. Sure, we know he has wrestling background. But the MMA is the real thing and for the real men. However, knowing the UFC signed CM Punk a couple of years back and gave him a second fight even if he didn’t land a single significant blow in his first bout, who knows where this Logan Paul talk is going. After all, wasn’t Dana White “involved” in the KSI vs Logan Paul boxing bout?

Former UFC fighter and now analyst Brendan Schaub recently talked about how better Logan Paul and KsI are in promoting fights than the UFC. Maybe the UFC is going to agree and get not just Logan Paul but also KSI to fight in the UFC. Aren’t the two scheduled for a rematch next year? Maybe the UFC will want to do it on one of their events? Nah, that would be stupid of the UFC. But given they carried the Mayweather vs McGregor boxing match last year, who knows?