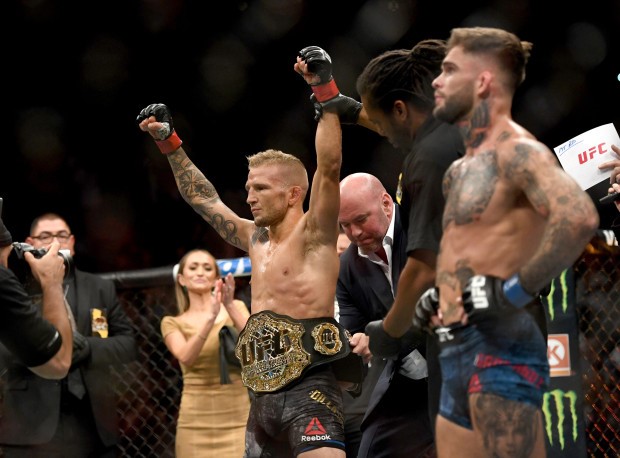 Is T.J. Dillashaw The Greatest Bantamweight of All-Time?

Before UFC 227, T.J. Dillashaw said that he will be the greatest bantamweight of all-time if he got another win over Cody Garbrandt. Dillashaw didn’t just come up with another victory, he ended his bitter rivalry with his former Team Alpha Male teammate emphatically- by knocking him out again, this time within one round. 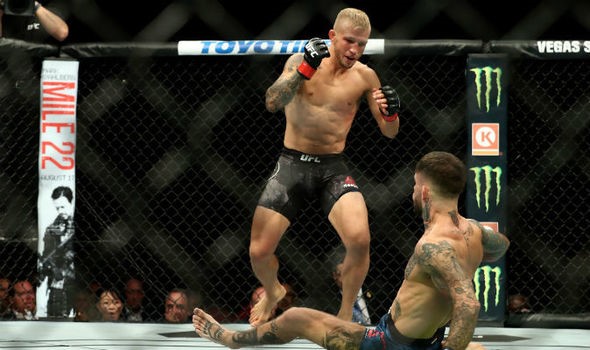 Dillashaw certainly has the right to make that claim. After all, this is his second reign as bantamweight champion. Not only did he beat the champ (Garbrandt) to get here, he beat him again in a rematch and he did so more convincingly. That’s what makes this current title reign special. Dillashaw erased all doubts on his first win over Garbrandt, especially since he was close to getting knocked out in the first round of the first fight.

But if Dillashaw’s current reign is impressive in its infancy stage, his first reign was just as good. Coming to his UFC 173 title challenge of Renan Barao, the Brazilian had not lost in 32 fights. Barao had 31 straight wins and one draw over a span of nine years, including two years as bantamweight champion.

Despite his lopsided win over Barao at UFC 173, many felt that Dillashaw merely caught Barao on a bad night and that the law of averages had caught up with the Brazilian. But Dillashaw proved his doubters wrong when he stopped Barao again one round earlier than their first encounter.

In his next fight though, Dillashaw controversially lost the belt to former champ Dominick Cruz via split decision. Yet despite his impressive wins over Barao, two successful title defenses and a split decision loss, the UFC never gave Dillashaw a rematch and instead gave the title shots to Urijah Faber and then Cody Garbrandt. Cruz beat Faber but lost to Garbrandt.

After pitting Garbrandt and Dillashaw as opposing coaches in the TUF, the two were booked to a title fight at UFC 213. Garbrandt hurt his back and the fight was moved to UFC 217. In a surprise, Dillashaw came back from a first round knockdown to stop Garbrandt in round 2. But while they didn’t give Dillashaw a rematch after a controversial loss to Cruz, Dana White gave Garbrandt an immediate rematch after getting knocked out in two rounds. That was unfair but destiny has its way of getting even. Dillashaw knocked out Garbrandt again at UFC 227, only this time he did it faster and much easier. So is he the GOAT now?

Dillashaw has only lost thrice in his UFC career. Two of those were by split decision. Of his 16 wins, 8 are by knockout and 3 by submission. Only 5 have been fortunate to go the distance with Dillashaw. In six of his last eight fights, Dillashaw has earned post fight bonuses. Five of those are Performance of the Night bonuses. That just shows how good he has been since entering the UFC. But is his resume now good enough to be the GOAT? 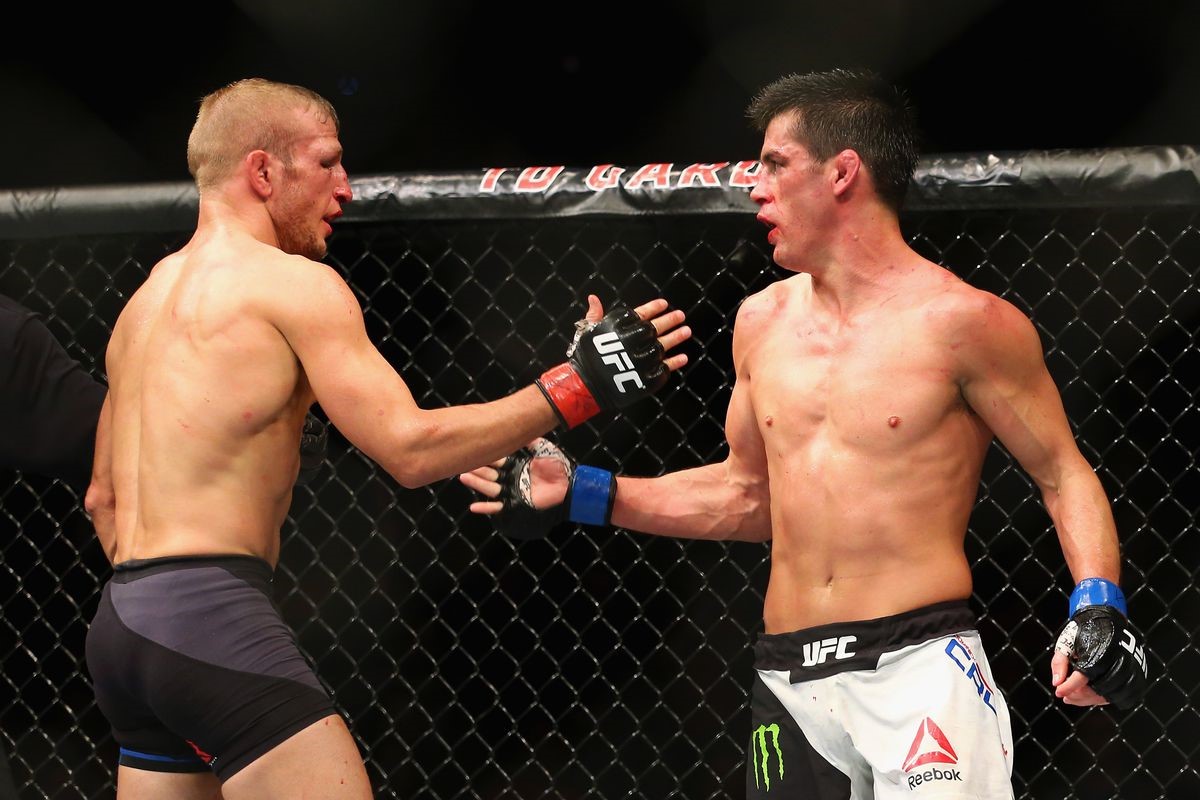 No question really on whether T.J. Dillashaw is the best bantamweight in the UFC today. He just beat Cody Garbrandt, the previous champion, twice and knocked Garbrandt out twice. But as far as the GOAt of the bantamweight division is concerned, there is one man whom Dillashaw needs to beat in order to cement his GOAT status and that man is Dominick Cruz.

Like Dillashaw, Cruz is a two-time UFC bantamweight champion. But Cruz has defended the bantamweight belt more than anyone else in UFC history has. The Dominator defended the WEC-turned UFC bantamweight title a total of five times in two title reigns. However, injuries have prevented him from fulfilling his true potentials inside the UFC octagon. Cruz has fought just a total of six times in seven years under the UFC. He last fought at UFC 207 in 2016 where he lost the title to Garbrandt.

When asked of Dillashaw’s proclamation that he is the GOAT of the bantamweight division, the 33 year old Cruz responded:

“The problem is, I beat him already. You can’t be the best unless you beat the guy that beat you,” Cruz said. “It’s just common sense. Everybody in the world knows that, including him.”

Cruz is only one of three fighters to defeat T.J. Dillashaw. The other two are John Dodson and Raphael Assuncao. Dillashaw’s loss to Dodson was during The Ultimate Fighter 14 bantamweight tournament finals where the Magician knocked out T.J. in one round. His next loss was a split decision loss to Assuncao in 2013. Dillashaw avenged that defeat by defeating Assuncao by unanimous decision at UFC 200 in 2016.

Dillashaw also lost to Cruz by split decision and there are many who up to this day believe that Dillashaw won that fight. Cruz was then coming back from a long layoff due to injury and put up an incredible fight. DIllashaw outlanded Cruz 130-122 in total strikes but got outstruck 109-112 by Cruz and was taken down four times by the Dominator. There was no way Dom won that fight easily. In fact, Dillashaw has a valid claim that he won that fight.

The sure way for T.J. Dillashaw to become the GOAT is to beat Dominick Cruz. Cruz has not fought since losing the belt to Cody Garbrandt in December 2016. Again, injuries have hampered Dom’s career. But now Cruz says he is healthy. Whether that is 100% correct or he just wants another title shot is another story. Still, it’s unclear whether the UFC gives the next title shot to Dom but Dillashaw should ask for it, if he wants to call himself the GOAT.

From No Love To No Chin 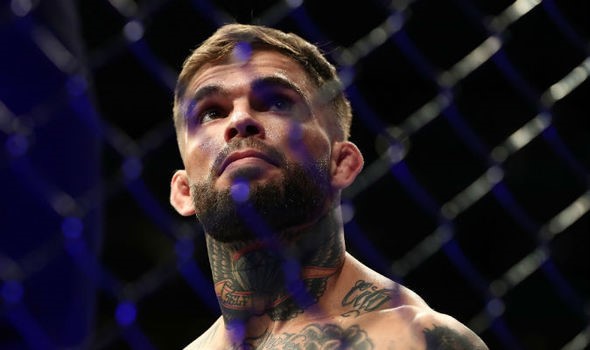 As for Cody Garbrandt, there is still an eternity of a career ahead of him. He is only 27 years old. He has otherworldly punching power, he is a great counter puncher and he has a fan friendly style of fighting. Not to mention that Cody has good looks and has charisma. But while we say all these positives, Cody Garbrandt isn’t ready for T.J. Dillashaw. He was never ready for his former sparring partner.

Garbrandt can talk about knocking down (or out?) Dillashaw in sparring. He can hurt him with his punch, like he did in the first fight and like he did in early in the second fight. But overall, Dillashaw is too good, too smart and too slick for Cody Garbrandt. If his coaches are good, they should be able to fix the holes in his game that Dillashaw exposed badly in their two fights.

We know that Cody Garbrandt knocks out his opponents with power, timing and counter punching. But we also know now that if he gets hit first, he doesn’t have a chin. From No Love to No Chin. No question Dillashaw also has pop in his punches but he dropped Garbrandt so easily in both fights. Sure, credit T.J’s timing and power. But Garbrandt doesn’t have a chin. So he needs to cover up better.

T.J. Dillashaw said it before fight week and after he knocked out Garbrandt the first time out: Cody Garbrandt doesn’t have a chin. He cannot take a big shot. Dillashaw also said that Cody likes to “play a dangerous game”. He loves to slug it out knowing that he is stronger, with faster hands and quicker feet. But as Conor McGregor famously said it: Timing beats speed, precision beats power. Dillashaw proved that.

Timing he did. And that was all she wrote for Cody Garbrandt. No Love managed to last a couple more seconds after that big shot but we knew it was over once Dillashaw rocked him. Just like the first fight. And so Garbrandt goes back to the drawing board for the second time. There will be no more third fight with Dillashaw though. T.J. ended that rivalry emphatically last Saturday night at UFC 227.

Going back to the GOAT conversation. Cody Garbrandt is definitely out of that equation with back to back knockout losses to T.J. Dillashaw and even if he owns a knockout win over Dominick Cruz. Cruz has a valid claim to being the GOAT. He beat Dillashaw and has defended the belt more than any other champion has. But Dillashaw beat the man that beat Cruz and he beat that man (Garbrandt) twice via knockout. Doesn’t that make him the GOAT? The issue will never be settled unless T.J and Dom fight again. Forget that Dom is now 33 and may be a shell of his old self. Dillashaw needs that “W” over Dom to be the GOAT.