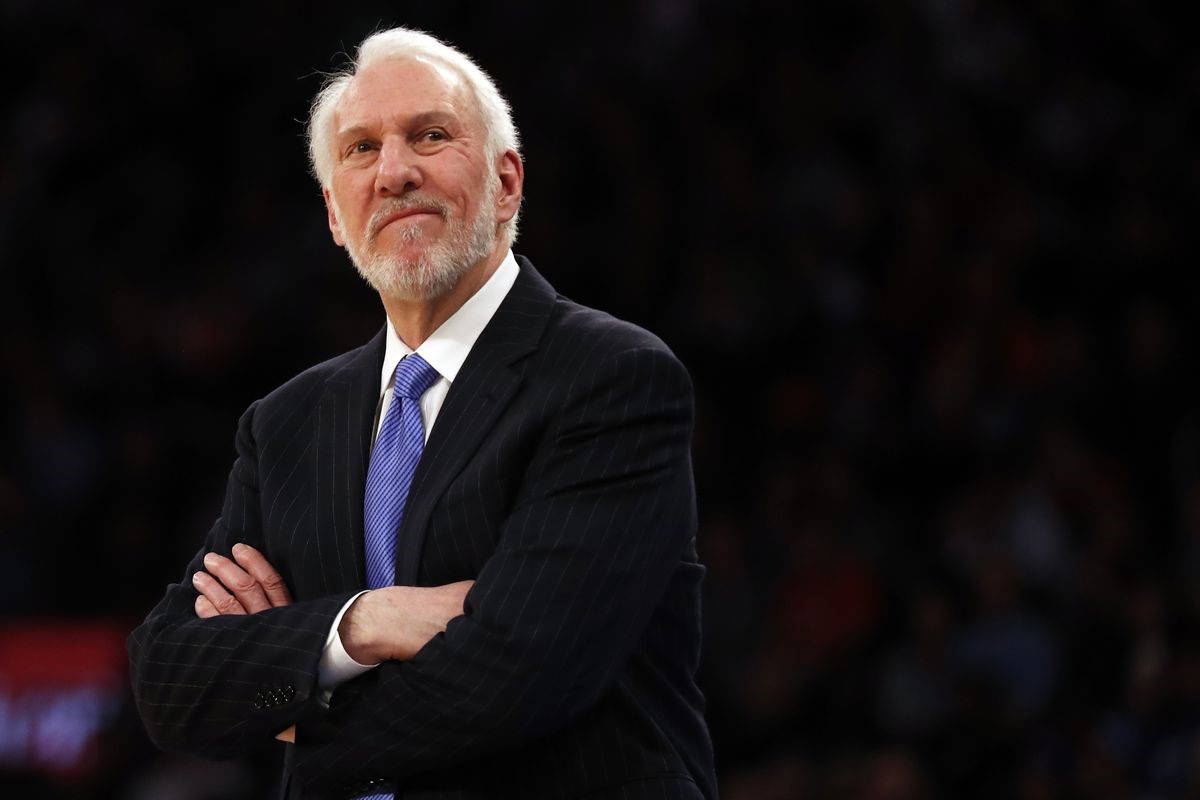 Is The Gregg Popovich Era About To End?

The inevitable may be near. In fact, it may be fast approaching.

According to reports, San Antonio Spurs head coach Gregg Popovich may be retiring from NBA coaching very soon. Per the ESPN’s Adrian Wojnarowski, people close to Popovich don’t expect him to coach beyond the 2020 Summer Olympics, where he will coach the U.S. men’s basketball team. Wojnarowski added that Coach Pop could spent the 2019-20 season preparing for the Olympic games, thus making the upcoming 2018-19 season his last. Per ESPN:

“Few in his orbit expect Popovich to coach the Spurs beyond the 2020 Summer Olympics, and there always has been the possibility that he could spend the 2019-20 season traveling around the NBA and across the globe, preparing for his national team duties.” 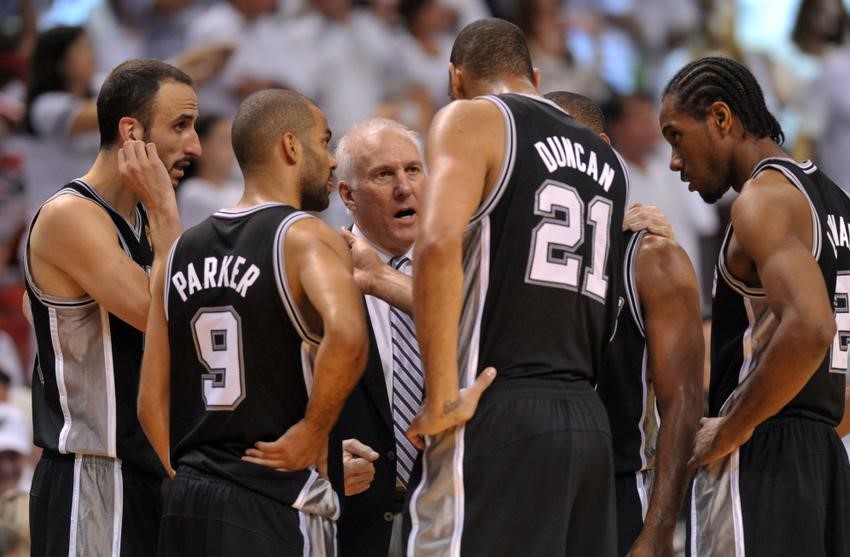 Popovich is the longest tenured active coach in all major sports leagues across the United States. Since he took over from Bob Hill in 1996, Popovich has been at the helm of the Spurs, leading them to a total of five NBA championships, at least one in each of the last three decades.

He is widely credited for turning the San Antonio Spurs franchise into one of the most winningest teams in NBA history. Only the Boston Celtics, Los Angeles Lakers, Chicago Bulls and Golden State Warriors ( including the 2 won by the Philadelphia Warriors ) have won more NBA championships than the Spurs.

In 2013, Popovich became the second coach in NBA history, after former Utah Jazz head coach Jerry Sloan, to win at least 900 regular season games with a single franchise.Four years later, Popovich passed Sloan for the most wins by a coach in one franchise. His current win total of 1,197 remains the league standard for most victories by a coach for one team.

After winning just 17 games in his first season as head coach of the Spurs, Popovich has put together 21 consecutive winning seasons. He has led his team to at least 50 wins in 19 of his 22 coaching seasons, including 18 straight from 1999-2000 to 2016-17. He also led the Spurs to six 60 win seasons including the Spurs’ franchise best 67 wins in 2015-16. Moreover, Popovich has led the Spurs to 21 straight playoff appearances and counting.

This season, despite playing without Kawhi Leonard for majority of the season, Popovich steered the Spurs to a 47 win season. The Spurs lost to the eventual champions Golden State Warriors in the first round of the 2018 Playoffs. But more than their early exit, the big issue with the Spurs was the future of superstar forward Kawhi Leonard. 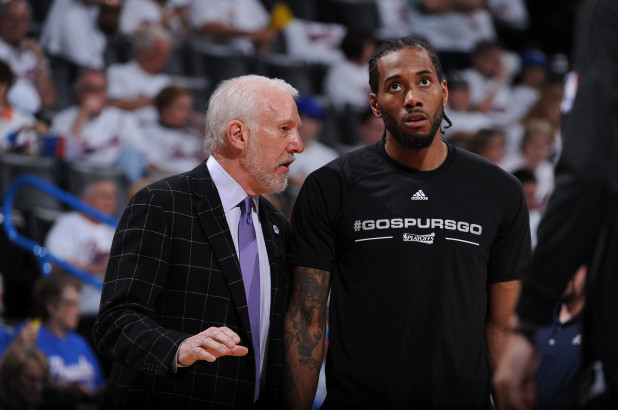 The main concern for the Spurs this offseason is Kawhi Leonard. There are plenty of speculations around Leonard. Some suggest that there is an existing friction between Leonard and the Spurs management . This gap reportedly emerged while Leonard was rehabilitating the quad injury he suffered during the 2017 Western Conference Finals.

Kawhi briefly returned to the Spurs line-up during the 2017-18 season but shut himself down to continue his rehab on his own terms. While reports say that Leonard and the team have been cordial in several meetings, many people believe that the relationship between the parties has been strained. And if there’s one man who can repair that, it is Popovich.

Popovich and Leonard are said to be working on a meeting soon. They have plenty to talk about, most not related to playing basketball. The Spurs hope that Popovich is going to fix the problem and that he is going to bring Leonard back to San Antonio. That may be easier said than done.

Leonard is eligible to receive a supermax contract worth $219M from the Spurs. But given that he is coming off a serious injury, there’s a chance that San Antonio will not give him that this summer. If that’s what happens, Leonard can choose to opt out of his contract after the 2018-19 season and become a free agent. That will complicate the situation for the Spurs.

But even if the Spurs offer Leonard the Supermax deal this summer, he may not necessarily sign the deal, especially if Popovich is planning to retire soon. How Popovich deals with the issue is going to be crucial. Whether he he chooses to retire or coach on could be the deciding factor.

More Than A Coincidence 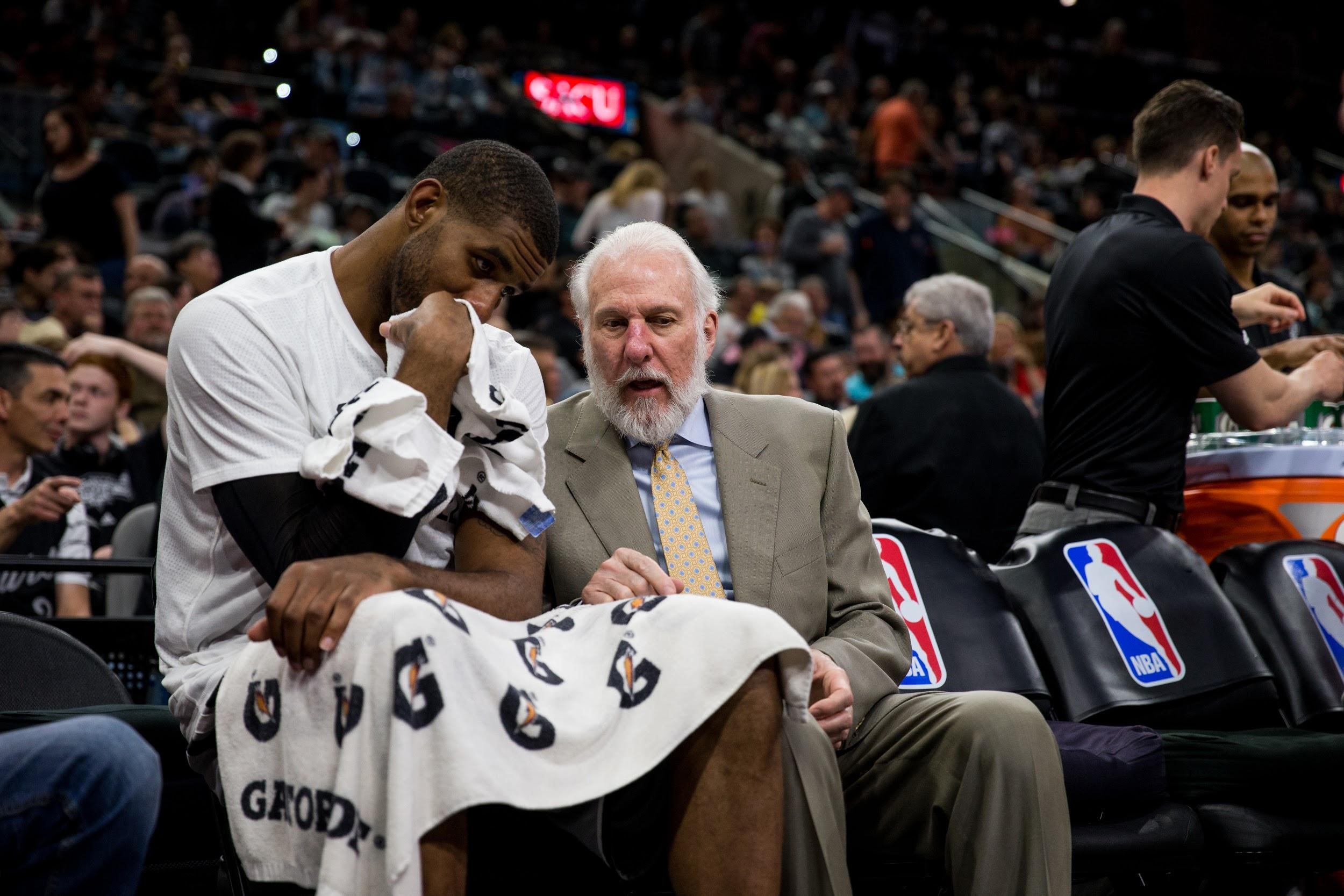 In 2014, Popovich signed a five year contract extension with the Spurs. But even then, the San Antonio management has always been ready for the inevitable. As per ESPN:

“Since the Spurs won a fifth NBA championship in 2014, (Spurs GM R.C.) Buford has had to be prepared for the possibility of Popovich, 69, coaching a final season and moving onto NBA retirement. Every year, they need to make sure there will be one more season for Popovich. It’s only natural this deep into his career.”

When Tim Duncan retired in 2016, Popovich felt that there was a ‘big hole in his belly’. Duncan’s departure also meant the end of the Spurs’ five-ring era. But it didn’t drive Pop away from his coaching duties with the Spurs. In fact, he joked that he ‘could never retire’ because of the ‘promises’ he made to Manu Ginobili, Tony Parker, Kawhi Leonard and LaMarcus Aldridge.

With Parker becoming a free agent in July, Ginobili and Aldridge at the end of 2018-19 and Leonard eligible from free agency after 2018-19, there are no more promises for Popovich to keep. The timetable of the end of his players contracts matches with the end of his and that may be more than a coincidence. With the Olympics coming after that, it does appear that everything is falling in the proper place.

In 2015, USA Basketball appointed Popovich as head coach for the U.S. men’s basketball team for the 2017-2020 quadrennium. Popovich was to take over the head coaching duties from Mike Krzyzewski after the 2016 Summer Olympics in Brazil. Popovich’s national team itinerary includes the 2019 FIBA World CUp in China and the 2020 Summer Olympic games in Tokyo, Japan.

Prior to being named as head coach, Popovich already had prior coaching experience with the national team. In 2002, he was on George Karl’s coaching staff on the U.S. national team which played in the 2002 FIBA World Championships. That team got humbled in front of their countrymen, losing to Yugoslavia in the quarterfinals.

Popovich was also one of the assistant coaches for Larry Brown during the 2004 Summer Olympic Games in Athens, Greece where the U.S. men’s basketball team lost to Argentina in the semifinals and wound up salvaging the bronze medal. That was the last Olympic debacle for the Americans as they would win gold in the next three Olympics and counting.

Gregg Popovich has been there and done that in the highest level of basketball. He is a sure first ballot Hall of Famer and is one of the greatest coaches the NBA has ever seen. The culture and system he established in San Antonio has been a model for many NBA teams. When we talk about Gregg Popovich, we are talking about excellence, consistency and longevity. When we talk about the NBA, there is nothing more left to accomplish for Gregg Popovich. His legacy is secure.

Yet despite all the coaching achievements that he’s accomplished in the last two decades, there may be one hardware which is missing in Gregg Popovich’s trophy case, and that is the gold medal from international competition which has eluded him in his first two tries as an assistant. With him at the helm of national coaching now, he can finally win that gold and ride into the sunset. What makes this opportunity special is that he can end his legendary coaching career on top of the world, literally.