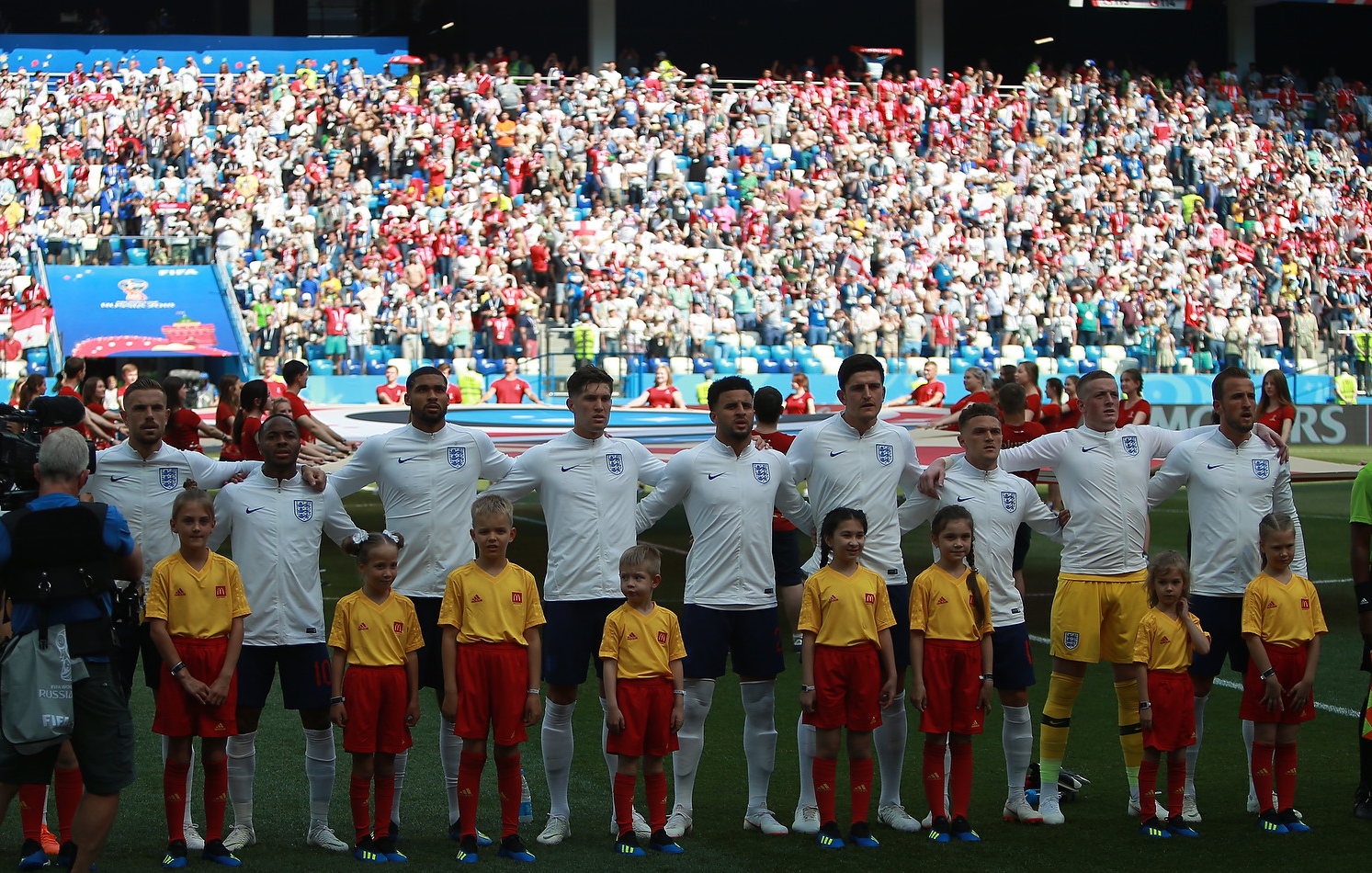 Is this the true golden generation of English football?

English football has taken a bit of a battering over recent years, with constant failures despite talented squads’ often going hand-in-hand. However, something has changed over the past 18 months, and fans of the Three Lions now believe that they could be on the road to something special.

The World Cup in Russia in 2018 took the whole country by surprise; nobody expected to reach the semi-final stage. Even when England got out of the group stage, they were still considered as possible dark horses in the betting to win the competition.

It could be argued looking back, that this opportunity shouldn’t have been wasted. The way that the competition opened up for Gareth Southgate’s side enabled the country to dream of a possible second World Cup success. It could have been too soon for the young side. Experienced teams would have been able to manage the situation after going ahead 1-0 so early in the game. It’s a learning curve that the team will undoubtedly learn from.

The 2018 competition put Harry Kane among the world’s best. To finish the tournament as the top scorer is something that Alan Shearer described as “life changing.” The positive signs of this have been clear, as he looks unfazed by the extra attention that defenders now give him.

Raheem Sterling is another player that has gone from strength-to-strength in an England shirt. He has very often been unable to transfer his club form to his international displays and suffered throughout the World Cup. However, since scoring twice in a 3-2 win over Spain in October to end a three-year wait for an international goal; the 24-year-old has gone on to score four goals in three international caps.

His club form also sees him among the leaders to win the player of the year award. Pep Guardiola has added elements to his game that had been missing during his early-days, following his big move from Liverpool. The longer that the Catalonian manager stays at City, the better that Sterling will become. It speaks volumes for how Sterling has managed to keep out Leroy Sane and Riyad Mahrez for the majority of the season.

The wide positions are full of potential players; but with Sterling almost certainly first choice, that makes Marcus Rashford’s position less certain. The emergences of Callum Hudson-Odoi and Jadon Sancho have raised questions of where the Manchester United player will fit in the system.
Rashford has enjoyed an excellent season for United since the appointment of OleGunnar Solskjaer. He has scored eight goals and has been handed extra responsibility, both of which have been down to the growth in his confidence since the departure of Jose Mourinho.

Sancho is an exciting prospect and has shone during his breakthrough season in Germany with Borussia Dortmund; he has been linked with a move back to England with Manchester United. However, the summer will answer any questions about the 19-year-olds long-term future. While Rashford prefers to operate through the middle; Sancho prefers to play from a wide position, and has flourished in the Bundesliga playing on the right-wing; setting up 15 goals so far this season.

Hudson-Odoi is yet to make his mark in the Premier League thus far, but recent England displays show that the potential is sky-high. Should the 18-year-old feature more often for Chelsea then it could create a selection headache for Southgate when picking his forward three.

The England manager could choose to change his system and play two through the middle; making room for Rashford to partner Kane. This front two, combined with Sterling and Sancho on the wings would strike fear into any defence.

Even in the midfield areas the country now has an extensive selection of players that are of a high standard. Declan Rice has enjoyed a fine breakthrough season for West Ham and will challenge Jordan Henderson and Eric Dier for the holding position in the line-up. Dele Ali also faces competition from Jesse Lingard, Ross Barkley, and James Maddison in the attacking midfield position.

Defensively there are also reliable options. With the right-back position a battle between established players like Kyle Walker and Kieran Trippier, while up-and-coming players such as Trent Alexander-Arnold and Aaron Wan-Bissaka will claim that they should be playing.

On the left side, there are an equal number of challengers; with Luke Shaw, Danny Rose, and Ben Chilwell all believing they should be the country's first choice. In goal, it is safe to say that Jordan Pickford is a worthy bet for the future, while the Lions still have experienced keepers like Heaton to back him up. The number of young players coming through makes it possibly the most exciting time in a generation to be an England fan.

A selection dilemma is never the worst of problems, especially if England are serious contenders for the European Championships next year. Strength in depth is vital for any potential champions, and England have that in vast supply.  Meanwhile, England will be in Portugal for the UEFA Nations League final four in June, where Southgate will surely have the perfect time and place to test the limits of this young squad.