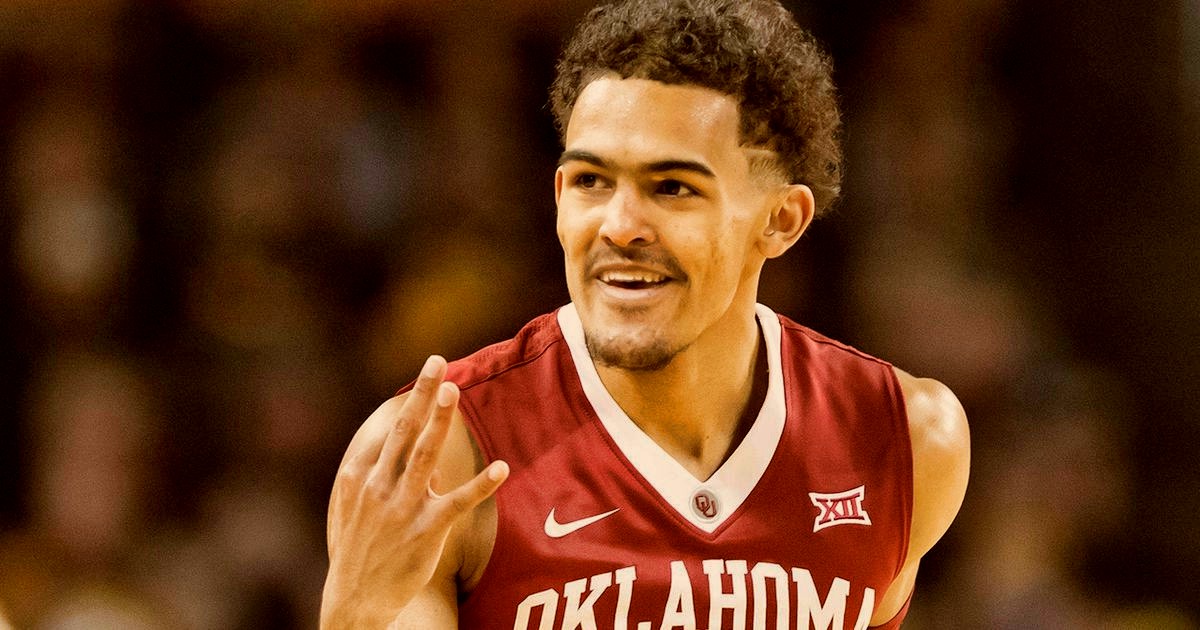 Is Trae Young The Next Stephen Curry?

Oklahoma point guard Trae Young is off to a hot start to the current NCAA season. Thru 11 games played, Young is averaging 28.7 points and 10.4 assists per game while shooting .411 from beyond the three point line. This production is comparable to the statistics that young Stephen Curry was putting up at Davidson. So how does Trae Young stack up against the two time former NBA MVP?

Trae Young isn’t your typical college basketball elite recruit He was a McDonald’s All-American with five star credentials. But unlike your typical NBA lottery material, he isn’t big, fast and explosive. Heck, we’re not even sure if he can dunk the basketball.

Likewise, players who are good as Young aren’t supposed to stay home for college. They are supposed to go to Duke, Kentucky, Kansas or the other top programs in the nation which would give him maximum exposure. Although he once considered joining the Jayhawks, Trae Young chose to enrol at the university which was just down the street from where he grew up. 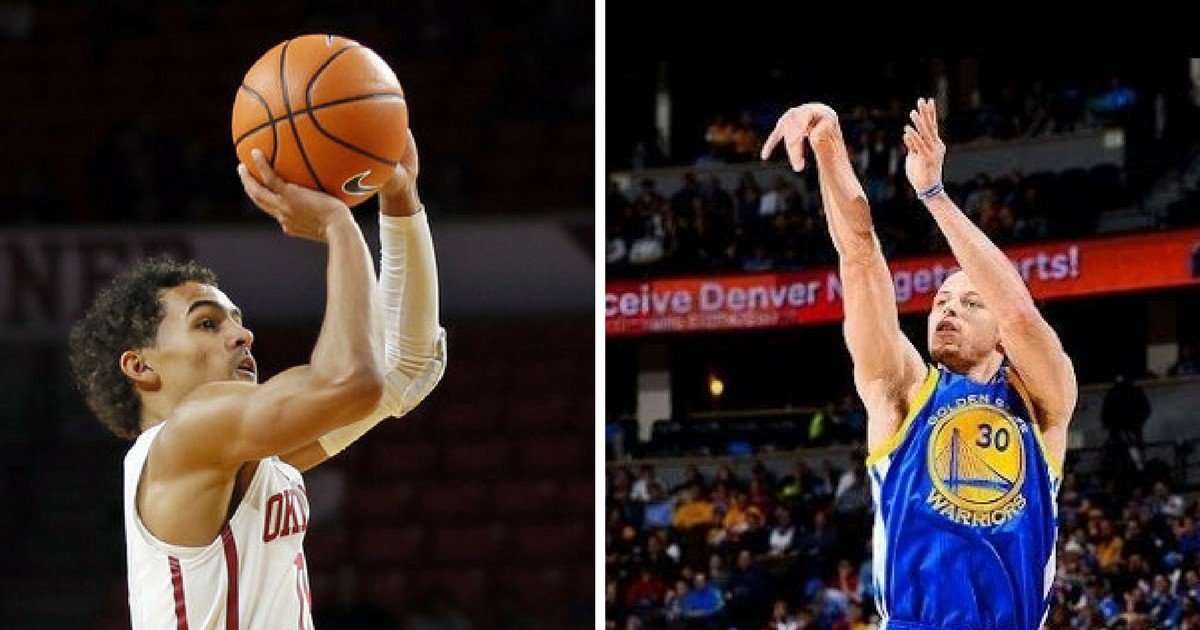 From Norman North High School to the University of Oklahoma, Trae Young’s journey to prominence hasn’t only brought him instant fame but also comparisons to a current NBA great and one who like him defied the odds of the typical NBA lottery pick prospect: the Golden State Warriors’ Stephen Curry.

Physically, you can say the comparisons are well-deserved. Young is listed as 6-2 and 180 pounds by Sports Reference. On the other hand, Stephen Curry is 6-3 and 185 pounds according to the same source. Position-wise, both of them play the point guard position. And as point guards, both of them have the shoot first approach but both are also gifted playmakers.

It’s a Honor to be Mention with Stephen Curry a #NBA All-Star! Camparisons are Never Good! Let Trae Young be the Best Version of Himself! A Great Young Talent with Fundamentals, who has taken #CollegeBasketball by Storm! #BoomerSooner #OU pic.twitter.com/GWMUVao91y

Young says he modeled his game from Stephen Curry and Steve Nash, so that’s where the numbers come from. He scores like Steph and dishes like Nash. Seriously speaking, there will be no other Stephen Curry. Not his unlimited shooting range at least. But when you take a look at his numbers, Trae Young is similar to Stephen Curry at the college level. 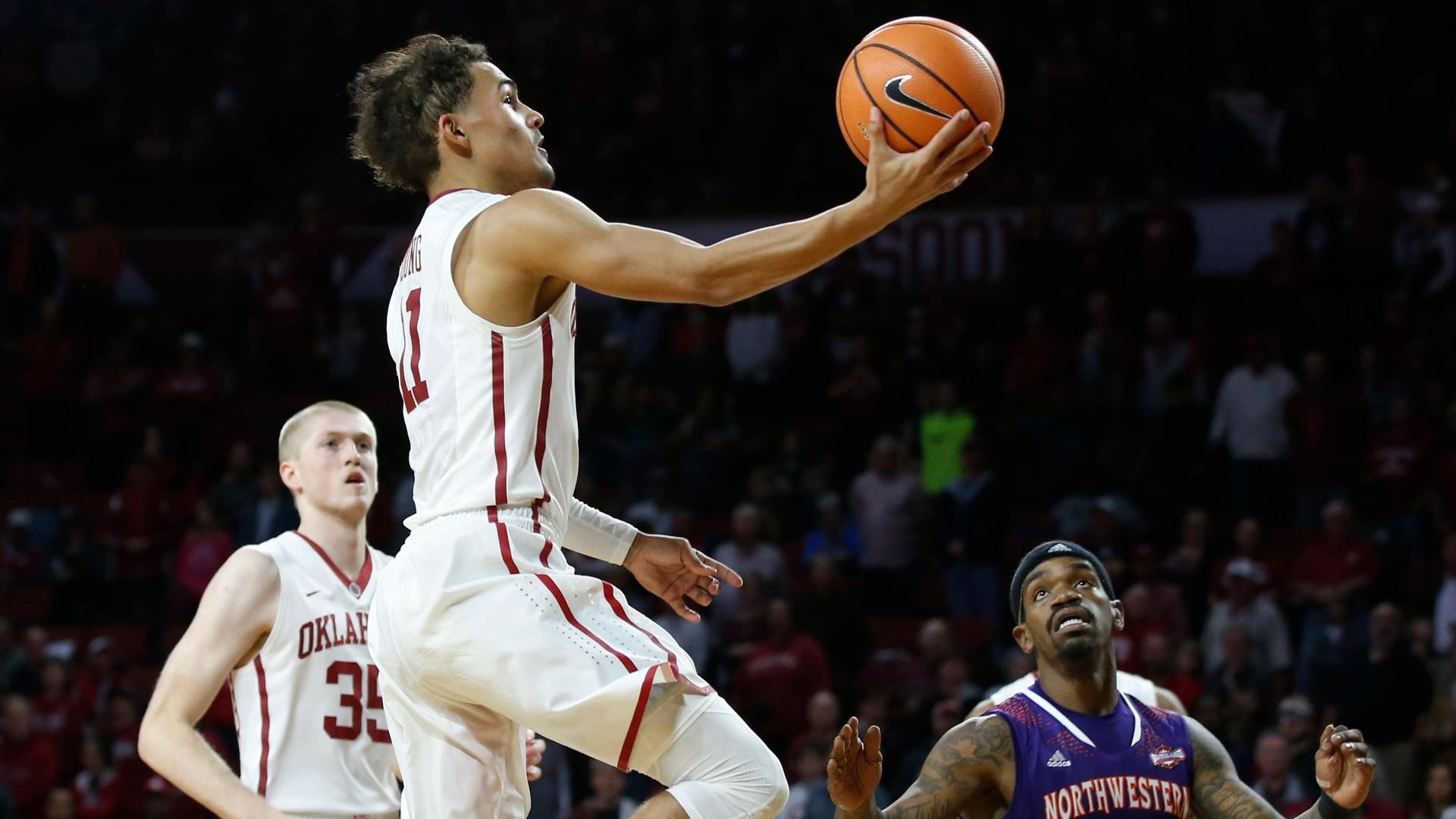 The only game where young failed to score at least 20 points was his NCAA debut where he scored only 15 points during a 108-89 victory over Omaha. It was also the only game ( so far ) where Young has shot below .400. He went 4-13 from the field and just 1-6 from beyond the arc. Still, he would’ve easily scored 20 had he played more than the 29 minutes of action he logged but the game was very well in the bag for the Sooners.

Young scored 43 points in a 90-80 win over Oregon during the final day of the Phil Knight Invitational last November 26. It was the highest single game point production by a Sooner since Buddy Hield dropped 46 points in a losing effort against Kansas on January 4, 2016. But Hield’s 46 came in a triple overtime game where he played a total of 54 minutes. Trae Young scored just three points less in only 37 minutes of floor action.

Trae Young shows off his Shammgod on his way to 26 points & 22 assists in just 29 minutes! pic.twitter.com/I5xHYudjcg 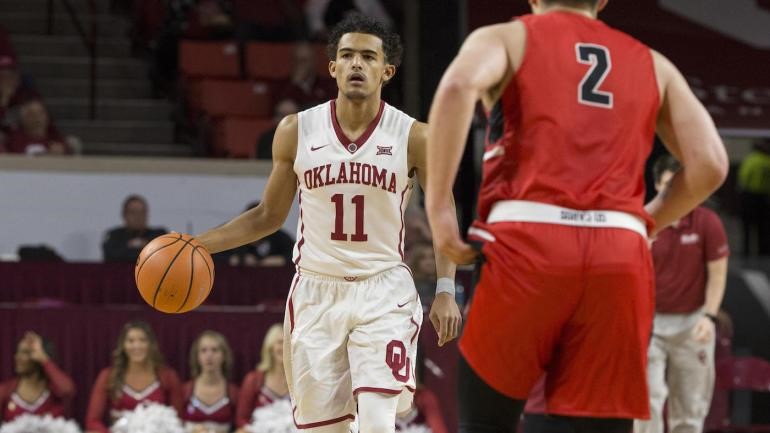 But while Young’s score first mentality and uncanny ability to knock down the long three ball makes him Stephen Curry 2.0, he has superior assists numbers than Steph at this stage of his career. Young isn’t just the nation’s leading scorer but he is also the NCAA’s leader in assists. In fact, he is the only player in the nation averaging double digit assists.

In eleven games played so far, Trae Young has dished off six double digit assists games. His season best ( his career high too ) of 22 assists against Northeastern St. last December 19 was accomplished in just 29 minutes of action and in Oklahoma’s first game as a Top 25 team.

Those 22 assists tied the NCAA Division I record set by Tony Fairley of Charleston Southern set in 1987 and tied by Southern’s Avery Johnson in 1988 and Syracuse’s Sherman Douglas in 1989. The 22 dimes also broke the Big 12 record of 18 assists set by Oklahoma’s Michael Johnson in 1997 and matched by Oklahoma State’s Doug Gottlieb in 1998. 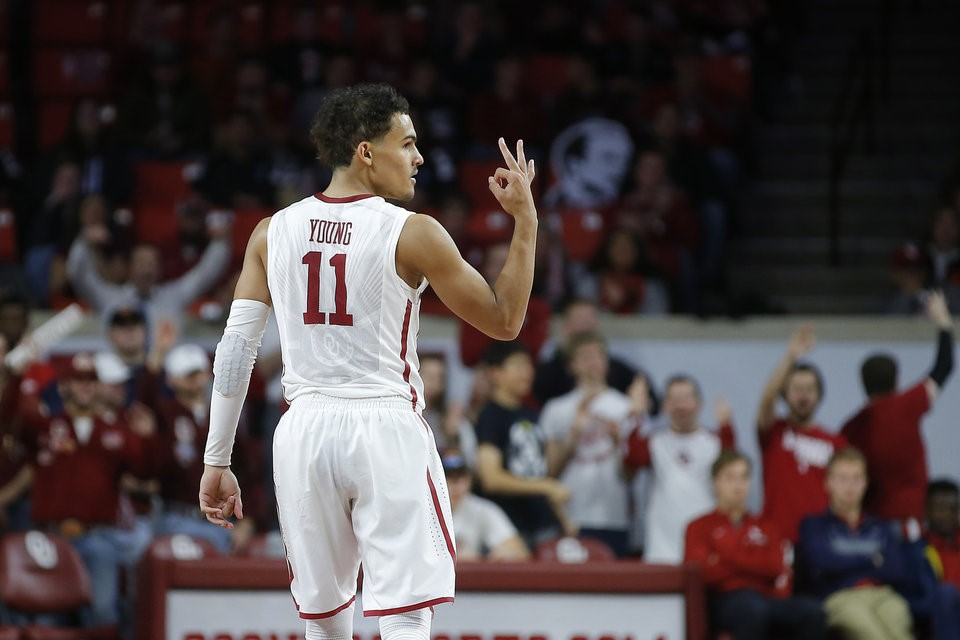 Like Stephen Curry, Trae Young is averaging 4.0 three point makes per game. Like Curry, he is attempting 9.7 three point shots per contest. Eerie, right? That’s not it. Young’s current .411 marksmanship from three point distance is just .001 off Curry’s career shooting mark from behind the rainbow arc.

Want more? Trae Young’s current scoring average of 28.7 points per game is just 0.1 point better than Stephen Curry’s scoring average during his junior year in 2008-09, which by the way was his best scoring season in college. In terms of rebounding and steals, Curry’s career numbers of 4.5 and 2.1, respectively are slightly better than Young’s 3.5 rebounds and 1.8 steals per game average. 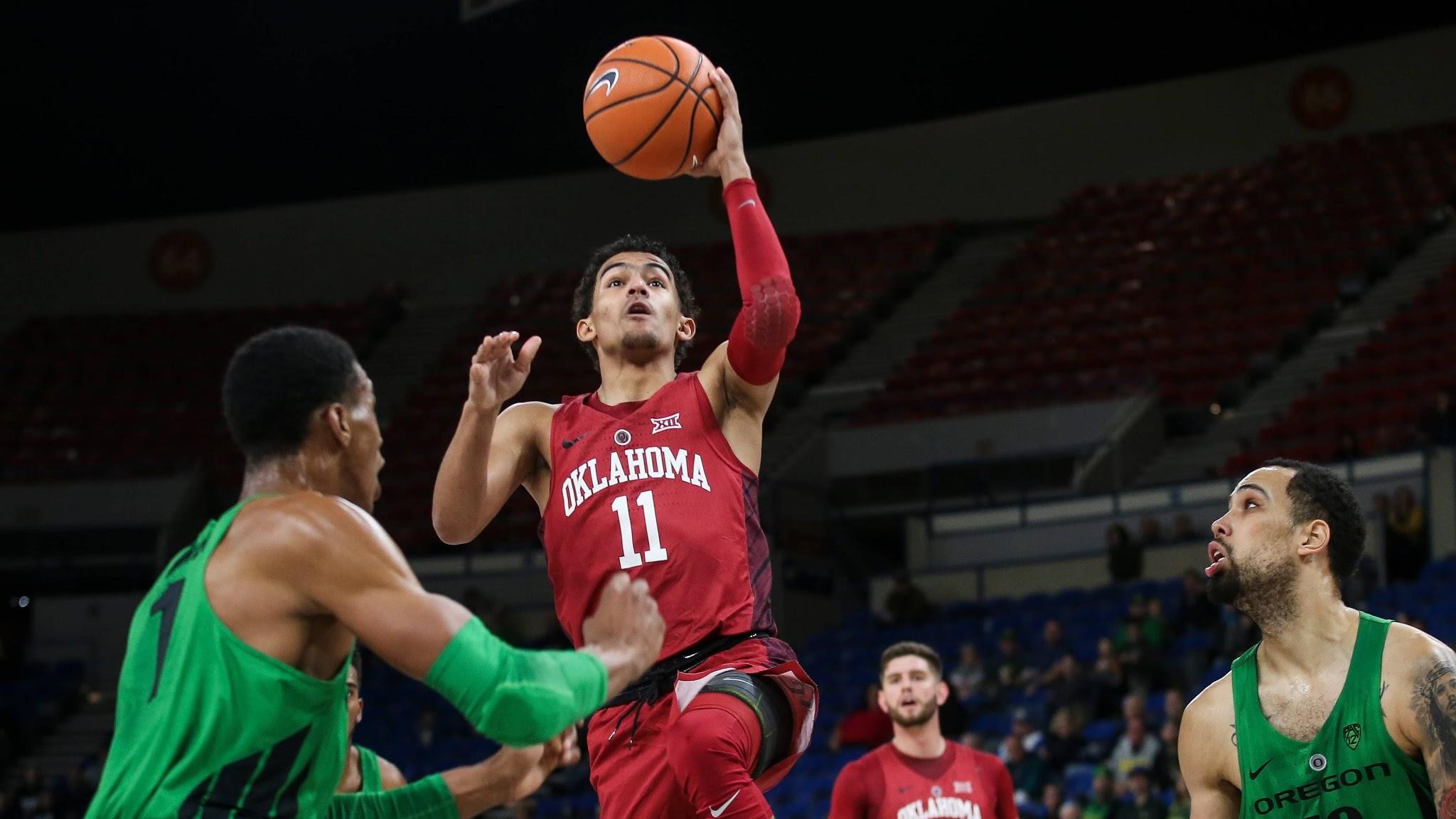 In terms of college numbers, what Trae Young has done so far has earned him comparisons to Stephen Curry. But we all know that these numbers mean nothing when players step inside the NBA courts. A lot of people, scouts even, doubted Curry’s ability to be successful at the NBA level. But look what he’s accomplished now?

Trae Young has some big shoes to fill if he is to become the next Stephen Curry. Back to back NBA MVPs, two-time NBA champion and tons of three point records. Those are just some of the major accomplishments Steph Curry has done at the highest level. Trae Young is barely 11 games into his college career.

But for what it’s worth, Trae Young has become college basketball’s top attraction. He’s skyrocketing not just into Player of the Year contention but also in NBA draft boards. So if you haven’t been paying attention to college basketball lately, perhaps it’s time to do so. What we’re witnessing is something special and rare. I don’t know if he’s going to be the next Stephen Curry but Trae Young is a can’t miss spectacle right now.