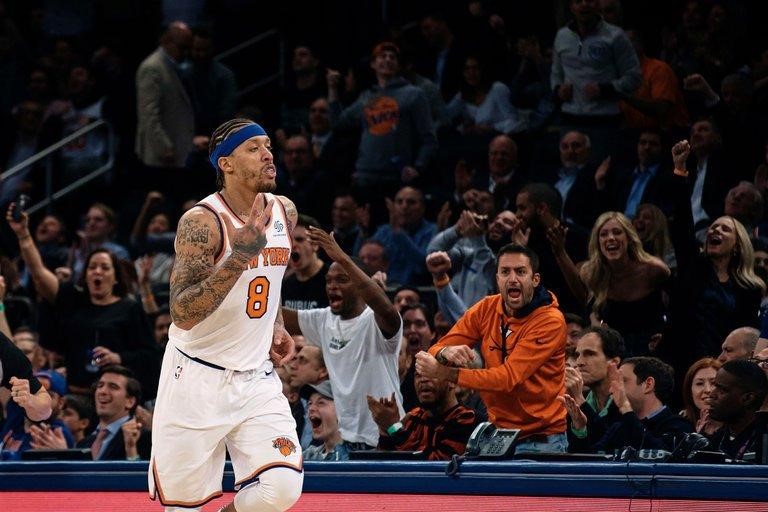 The New York Knicks are doing well in their first season without Carmelo Anthony. Much of the success has been attributed to the steady improvement of Latvian Unicorn Kristaps Porzingis. Then there is also Tim Hardaway Jr. who’s provided Porzingis with ample support.

Don’t forget the contributions of Courtney Lee, who is having a great season under Jeff Hornacek’s offense. And yes, who can overlook the productions of Enes Kanter and Doug McDermott, who came to New York in the Carmelo Anthony deal. But aside from these players, there is one player in the Knicks’ roster who is also coming into his own this season.

The Knicks have a spot spot for bad boys. Remember Latrell Sprewell who choked P.J. Carlesimo in Golden State? Spree became a well-loved figure in New York. Then there was mischief J.R. Smith, a crowd favorite at the Garden, who became Sixth Man of The Year with the Knicks the season after returning from a stint in China. And now, here comes Michael Beasley. 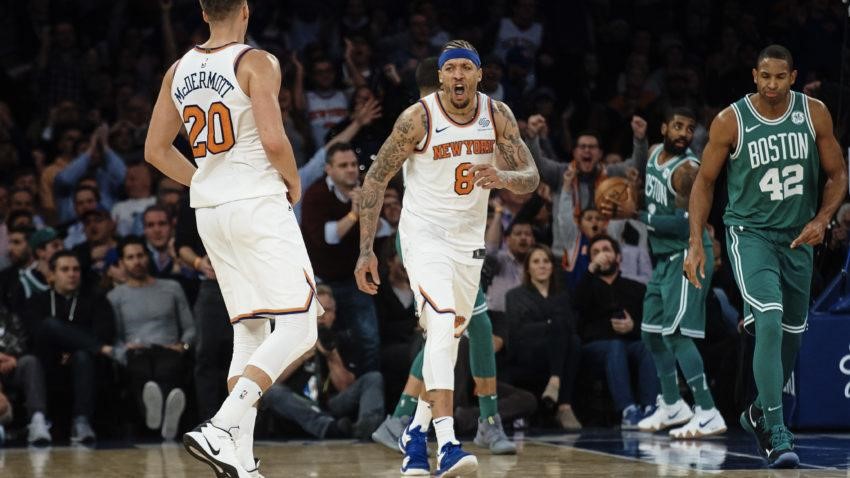 Beasley began his NBA career with the Miami Heat. Then he was traded to the Minnesota Timberwolves in 2010, to make cap room for LeBron James. In 2012, he signed with the Phoenix Suns but was waived after just a season after he was arrested on suspicion of marijuana possession. He got a second chance with the Heat but it was short lived.

Then he bounced around from Shanghai, To Miami a third time, To Shandong ( China again ), The Houston Rockets and the Milwaukee Bucks last season. Beasley had a productive season with the Bucks but he decided to sign with the New York Knicks during the offseason. 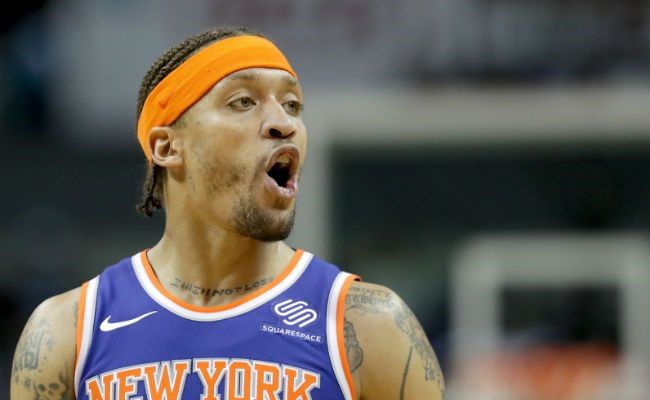 Things didn’t go well for Beasley early in the season. The former Kansas State standout averaged just 4.4 points on .409 field goal shooting in just 12 minutes of playing time per game in October. Beasley’s scoring averaged doubled to 8.4 points per game in November but he went scoreless in six of fifteen games played for the month.

But it was in a losing effort against the Houston Rockets last November 25 that we remembered that Michael Beasley could still score. With Kristaps Porzingis out with an injury, Beasley got the start and made the most out of his 36 minutes of floor time. He shot 14-23 from the field and finished with a team high 30 for the Knicks.

And then came December and Michael Beasley began to produce consistent numbers. He had increased his shooting percentage to .543 during the month of November but this month, Beasley is shooting .533 from the field despite taking 5 more shots per game. He is averaging 16.1 points per game in December, including 21.2 points per game in the last five games. Beasley has scored in double digits during eight of the eleven games he’s played in December. He’s topped 20 points in three of the last four games including a season high 32 against the Boston Celtics last December 21. 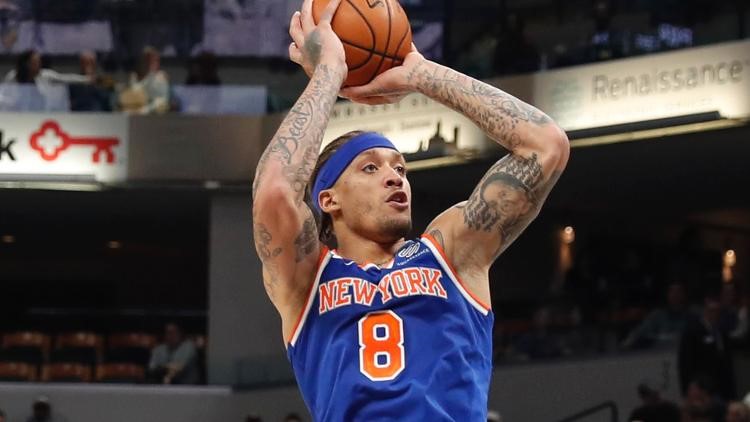 The Madison Square Garden Crowd, known as one of the hardest to please, were chanting M-V-P as Beasley dominated the Boston Celtics. He was methodical, getting himself in good positions to score. He converted 13-20 field goals, including 1-1 from beyond the three point line and 5-6 from the free throw line. It was a beautiful sight. Michael Beasley scoring almost at will against the top team in the Eastern Conference.

“(Beasley) hit a bunch of tough shots. Credit him,” Celtics coach Brad Stevens said. “I don’t think it was as much a breakdown as he got raised up over guys, whether it was Semi (Ojeleye), Al, Marcus (Smart), whoever was on him, he just got into that rhythm. And he’s a tremendous individual scorer when he gets going like that. ... He deserves credit for that. That’s what he does. He’s a great individual scorer.”

Scoring is what Beasley does, it’s the only thing that he does well. As good as he is on offense, Beasley is atrocious in defense. With a career defensive rating of 108, he has been known to be a liability on the defensive end of the floor. However, if he gets it going on of, his contributions on offense can mask his limitations on defense. That’s what happened against the Celtics. That’s what’s going to happen if Beasley is properly used as a basketball weapon. 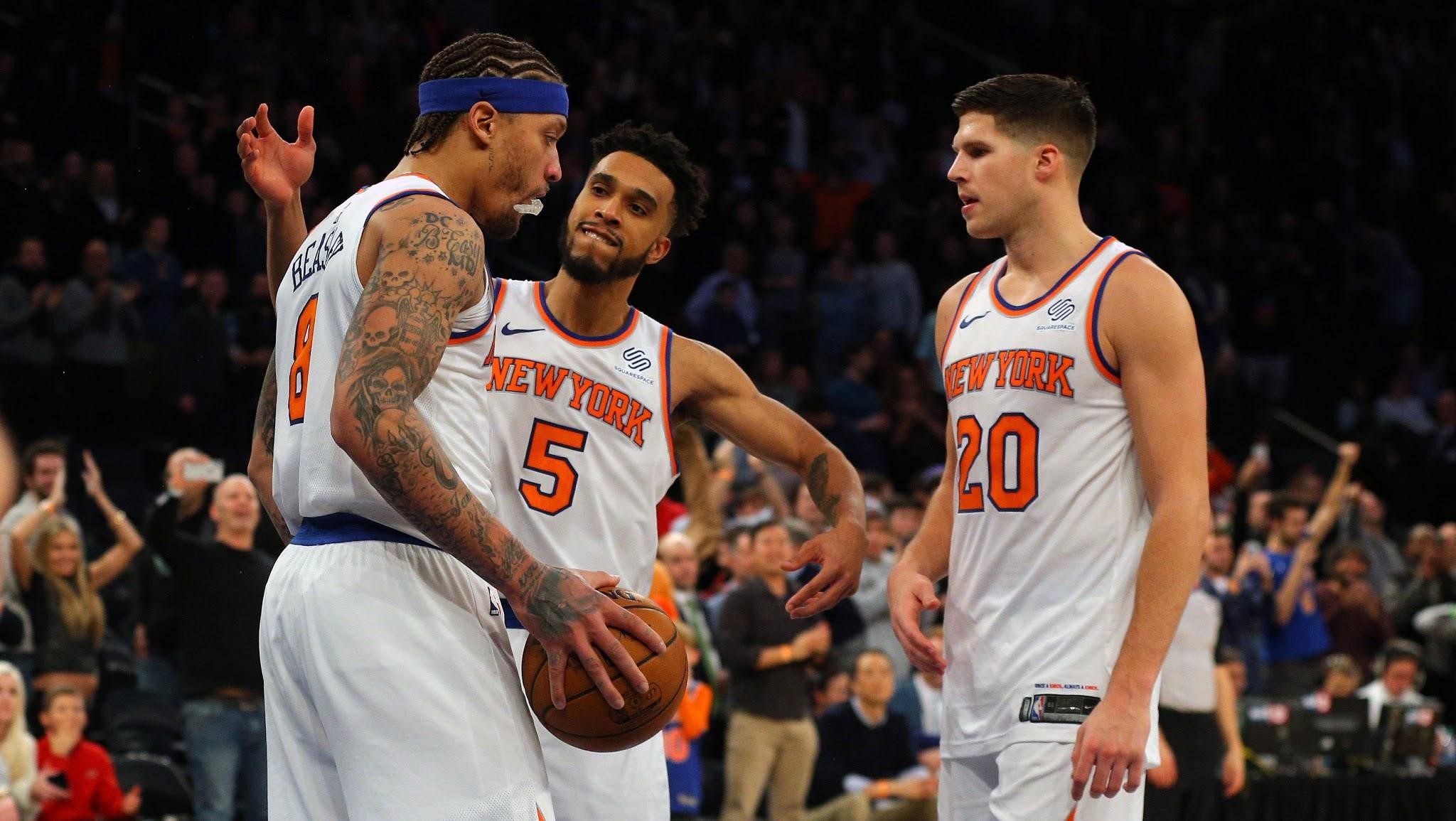 He’s never lasted more than two years in any of his basketball stops, but if Jeff Hornacek plays his cards right, and if Beasley keeps his head straight, he may be staying in New York for good and for a long time. No, he’s never going to be the MVP that the Garden crowd was chanting. Nor will he ever going to be an All-Star caliber player. But given what he does best, he can be a valuable asset to the New York Knicks moving forward.

With New York’s bench only producing 33.6 points per game ( 19th in the league ), Beasley’s ability to put points on the scoreboard is very crucial to the Knicks’ campaign. The more points he can score, the more help the starters get. The Knicks are 7-5 when Beasley scores in double figures, and 5-1 in their last six games when he hits twin digits scoring. It seems he’s discovered his role now. It may be safe to say that Michael Beasley has finally found himself a home in the NBA.