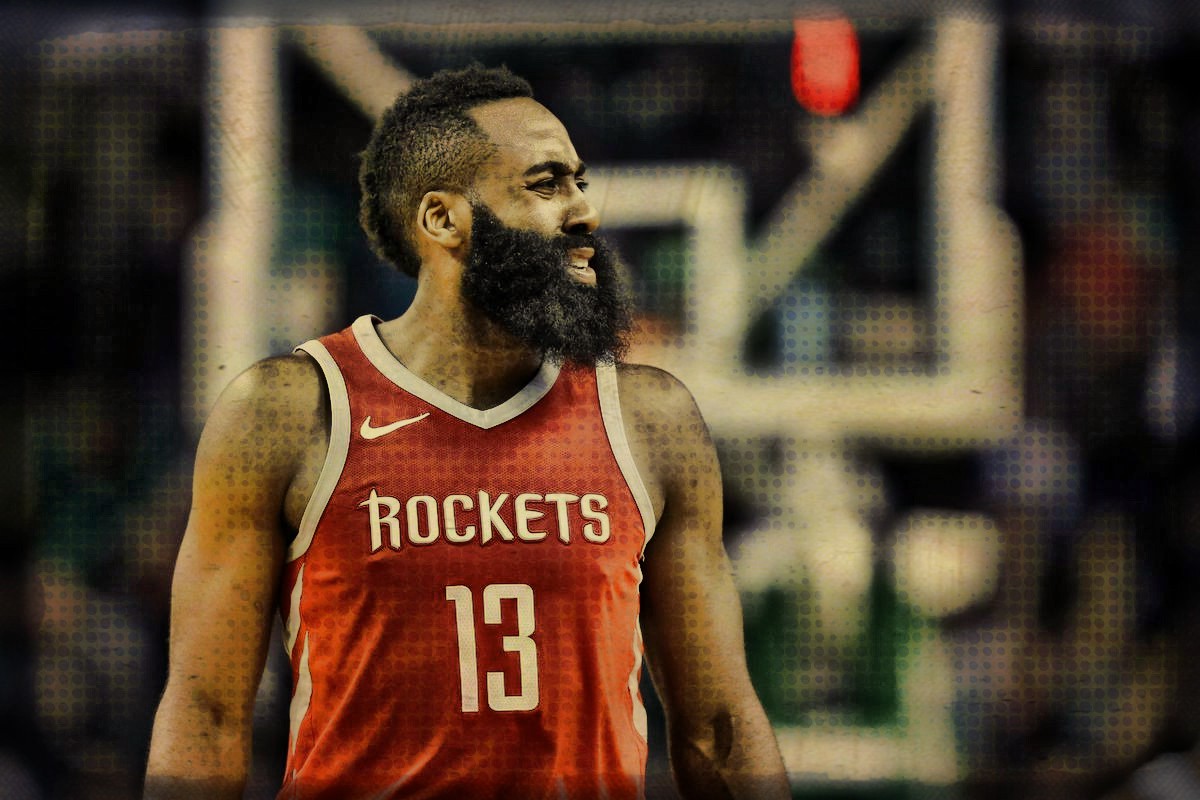 James Harden Casts A Spell On The Magic

Some nights are special while some are well extra special. James Harden’s outing against the Orlando Magic on Tuesday? It was the latter.

We purposely didn't write immediately about it. We wanted the euphoria to die down first before dissecting Harden’s performance. But three days later, people are still talking about it, which means that it wasn't just a big game. It was a very special night.

Performance for the Ages 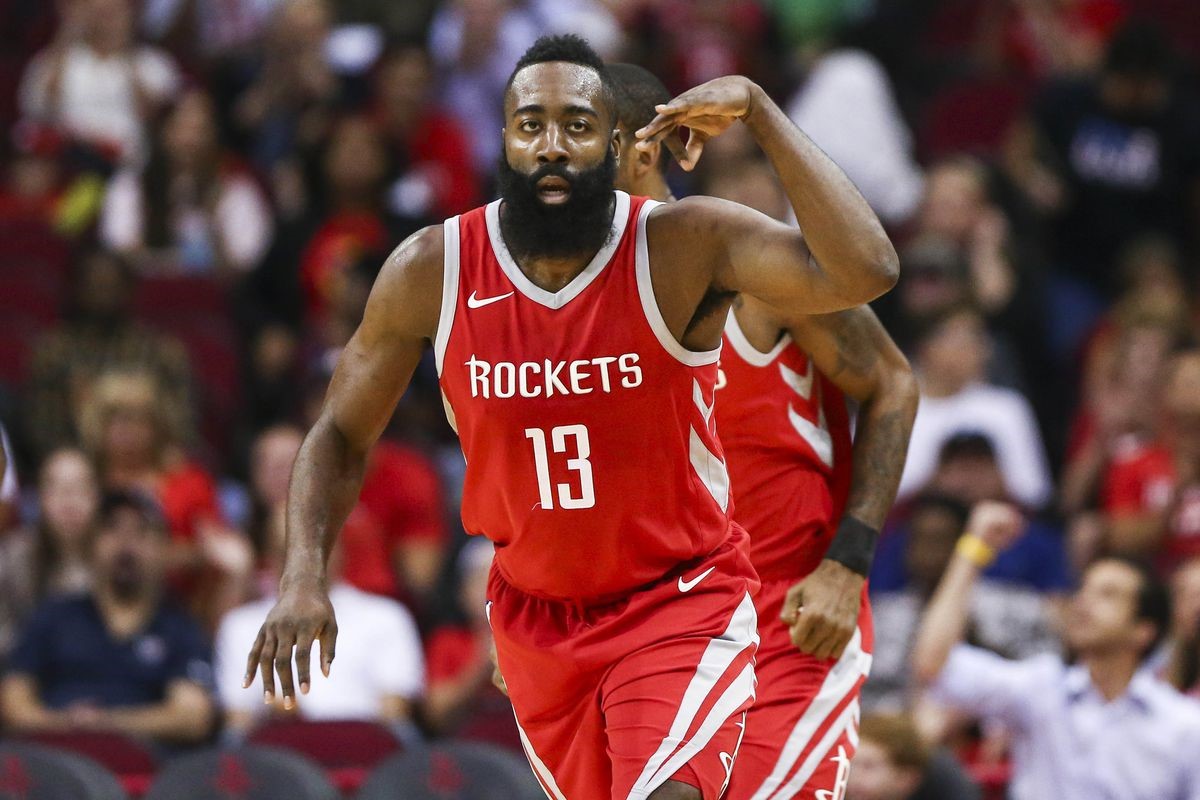 In a performance for the ages, and the best ever of his NBA career, Harden cast a spell on the Orlando Magic and put on one of the best and most efficient individual games in the history of the NBA. And it was such for a lot of reasons.

Harden became the first player to score 60 points in the 2017-18 NBA season. It was the fourth time this season that Harden has scored at least 50 points in a game and the 9th time overall in his NBA career. Tuesday's special performance also broke Harden's scoring career high of 56 points which he set last November against the Utah Jazz. That night wasn't just about scoring though.

A few seconds after scoring his 60th point of the game, Harden grabbed his 10th rebound of the night. With that, he recorded his third triple double of the season. Harden finished the game with 60 points, 10 rebounds, 11 assists, 4 steals and one blocked shot. He made 17 out of 18 fouls shots, went 19-30 from the field including 5 three pointers. 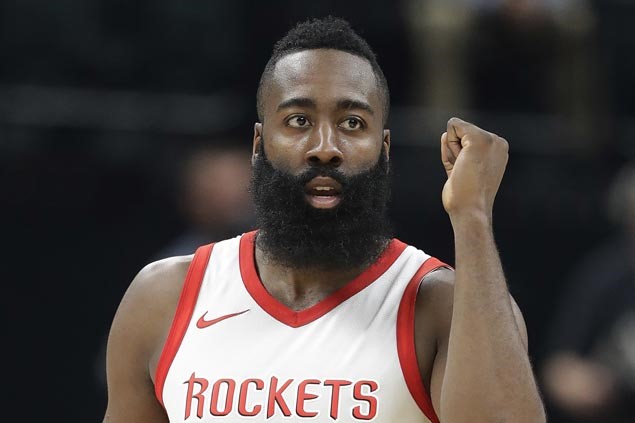 When all was said and done, he didn't realize that he had just become the first player in NBA history to record a 60 point triple double:

"It's a good feeling, I guess. Just try to go out there and make an impact every single night of the game, however I can. Whether it's scoring, rebounding, assists, steals, whatever it is. And tonight, I guess I was doing everything."

With Houston missing key players, Harden played a career high 46 minutes and 26 seconds. The Rockets needed every second of it. Harden poured in 18 points in the final quarter and delivered one big blow after another to the stubborn Magic.

The Magic were up two points with over nine minutes left in the game when Harden made two three pointers during 10-4 run that gave the a Rockets a 101-97 lead. Orlando battled back though and went up by two with five minutes left to play. But Harden scored the Rockets next six points to give Houston a 107-105 advantage. 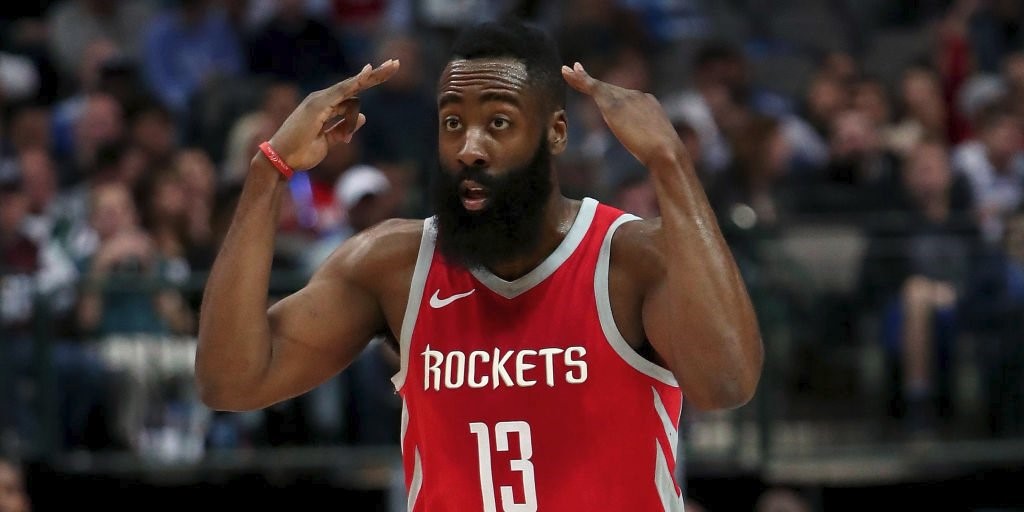 Orlando tied the game at 107 apiece after a basket by Marreese Speights with just under four minutes left in regulation time. After both teams went scoreless for two minutes, Harden scored the next six points of the game to make it 113-107 with only 45 seconds left to play.

He then finished off the Magic by hitting a step back three pointer that also netted a foul from a Mario Hezonja. Harden completed the four point play by making the free throw to give him 60 points for the game.

With his historic night, Harden also broke the Houston Rockets' all-time scoring mark. The previous record was 57 points, set by Hall of Famer guard Calvin Murphy. Incidentally, Murphy was doing the TV broadcast for the team. He clapped and smiled for Harden when the Beard broke his record.

New teammate Gerald Green spoke about being in awe:

“I have never seen a performance like that. I caught myself just being a true fan throughout the whole game....what he did was remarkable.” 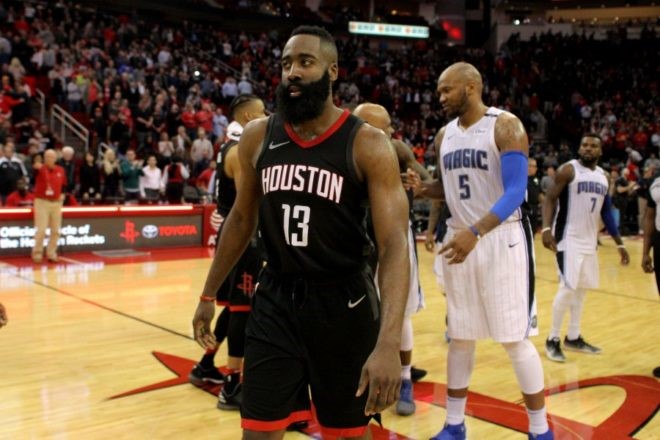 It was good to be just a basketball fan on Tuesday night. It must've felt helpless to be playing on the opposite side. Harden was simply breathtaking. Even the Magic were spellbound by the Beard. Said Speights after the game:

"I have never seen a performance like that. He didn't really get subbed out and that shows the growth in his game and the maturity in his game. "

Speights had a point but more than those, it was necessity that brought out the best in the Beard. Houston played without starting PG Chris Paul who had a sore groin. Starting small forward Trevor Ariza also didn't play because of a strained hamstring. Then they also lost sixth man supreme Eric Gordon, who left the game in the second period with lower back stiffness.

"That was a heck of a performance when your second, third and fourth options are out. He's likely the MVP of this year's season. He did what he had to do to win." 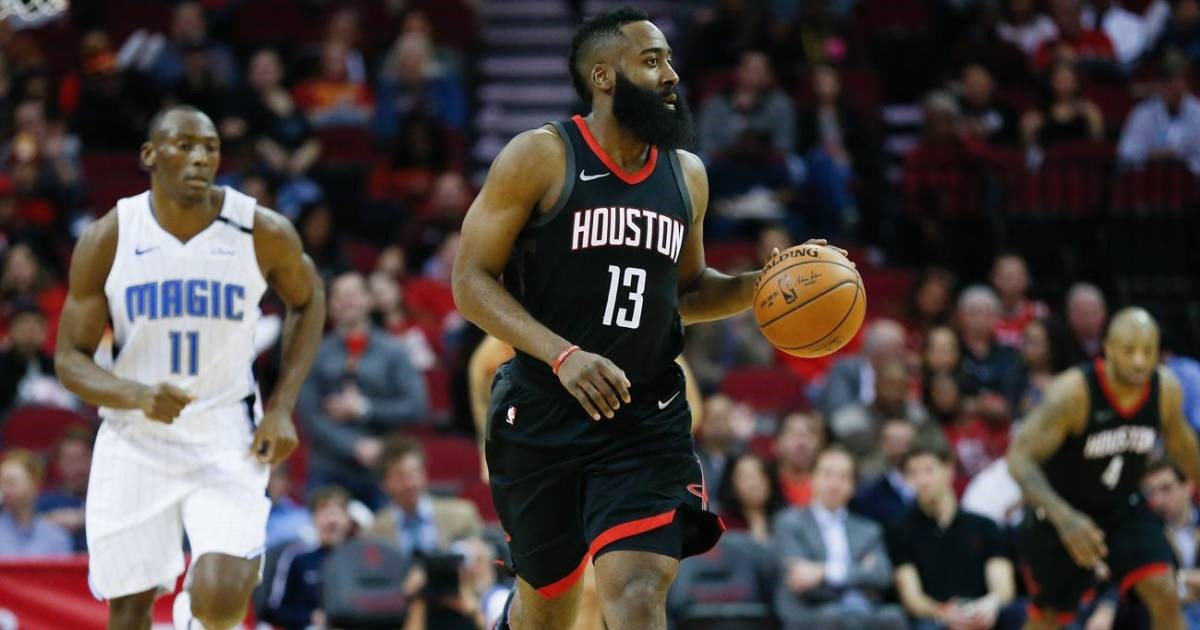 Well maybe that's just what the great ones do when they are put to the test, with the game on the line. They just step up and raise the level of their game. They do everything that it takes to win. That's the stuff that MVP's are made of.

Everyone’s talking about this year's MVP race being a three way dance with Harden, LeBron James and Russell Westbrook. And with perhaps the Milwaukee’s Giannis Antetokounmpo, Golden State’s Kevin Durant and Boston’s Kyrie Irving as dark horses. But this special night from James Harden has changed the stakes. The season is only halfway done. But mint it be right time to call him MVP already?

Harden’s team, the Rockets, currently have the 2nd best record in the NBA, at 36-13. They are just three games behind the defending champions Golden State Warriors who lead the league at 40-11. At 8-2 in their last 10 games, the Rockets are currently the hottest team in the league. The main reason for the Rockets’ success? James Harden.

Year of the Beard 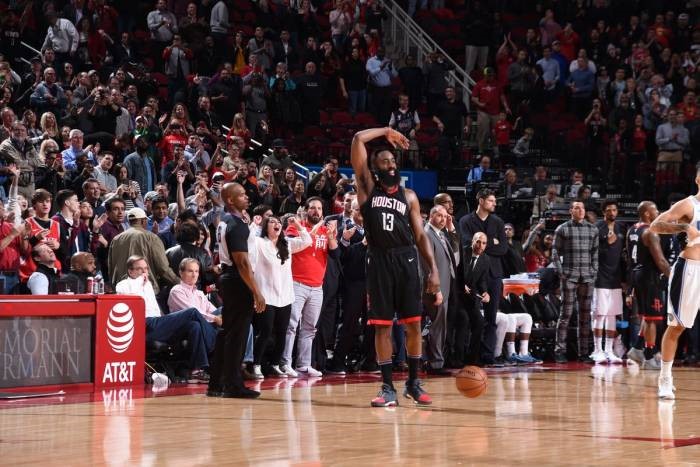 Harden has been one of the leading MVP candidates the past two seasons. He finished second in the MVP voting last season but given his brilliance this year, it may finally be the year of the Beard.