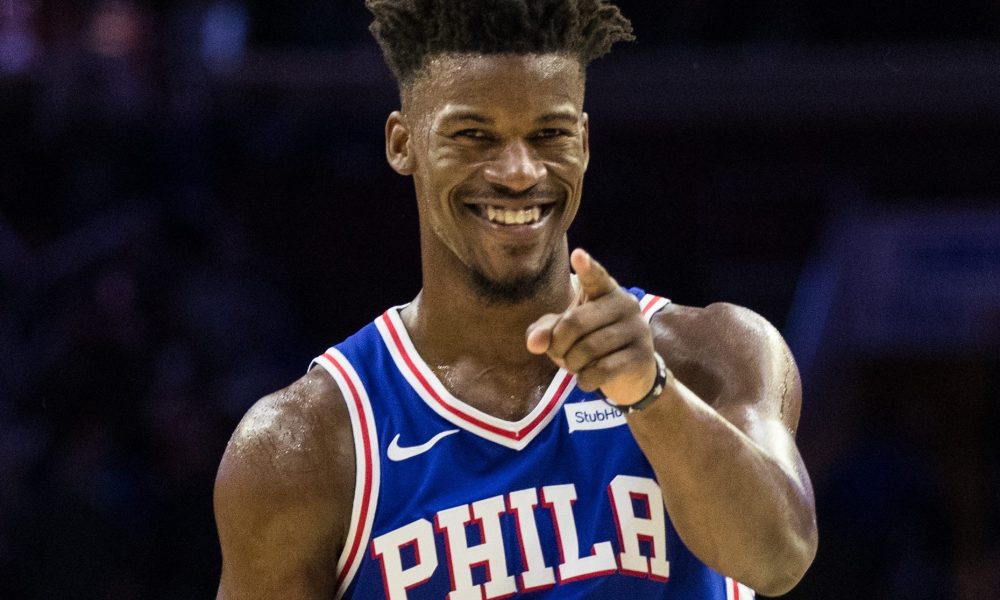 For the second time in eight days, Jimmy Butler has delivered a game winner for the Philadelphia 76ers. And as everyone said the last time out: That’s why the Sixers brought Jimmy Butler.

Butler’s latest heroics came from almost the same spot as where he hit his game winner over the Charlotte Hornets. This time around, Butler drilled his dagger basket over Rondae Hollis Jefferson with only 0.4 of a second left in the game. The 8-13 Nets then threw the ball away in the ensuing play to preserve the Sixers’ 127-125 win on Sunday in Brooklyn.

Before Butler sank his game winning three pointer, he dove to the floor and forced a jump ball that led to the Sixers’ final sequence. Recalls Sixers’ head coach Brett Brown:

“The TVs are going to replay his shot,” said Brown. “I hope they go a few seconds earlier, and see him dive on the floor, and secure a jump ball. Similar to the play he made in Charlotte where he saved [the ball] over his head and came back and made the shot, there’s another connection to his shot that he makes at the end of the game to win it for us….He was massive down the stretch.”

It can be recalled that Butler also did a similar defensive gem against the Hornets when he blocked Kemba Walker’s driving shot and saved the ball with 15 ticks left to give the Sixers possession. Walker poured in 60 points in that game but it was Jimmy Butler’s three pointer in the end that mattered more.

Butler’s Best Game Of The Season 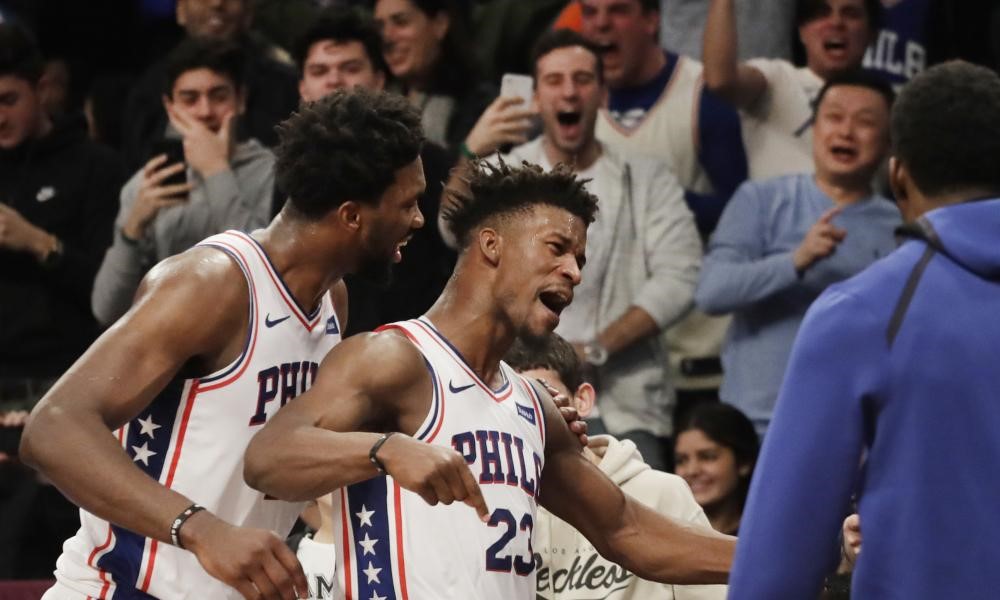 On Sunday, Butler was indeed massive, scoring a season high 34 points, grabbed 12 rebounds, issued 2 assists and had 4 steals in 37 minutes of action. He shot 11-20 from the floor and 5-6 from behind the three point arc. Butler played the entire fourth period and shot 7-7 during the frame, including 4-4 from three point distance. But of course, the last basket mattered most and Butler wasn’t shy talking about it after the game:

"Another play drawn up by [Sixers coach Brett Brown], and my teammates have a lot of confidence in me to take shots late," Butler said. "I got to the spot that I wanted to get to. Raised up and I knocked it down."

With the basket, Butler solidified his status as one of the top clutch players in the game today. According to ESPN Stats and Info, Butler has five game winning baskets made with 10 or fewer seconds left in the game. Since the 2015-16 season, only Russell Westbrook of the Oklahoma City Thunder has more during that period with a total of seven game winners.

Butler has averaged 18.0 points per game in his first six games played so far for the Sixers. That’s below the 20+ points per game he has been averaging since the 2014-15 NBA season. But while that drop was expected with the presence of stars like Joel Embiid, Ben Simmons and J.J. Redick in Philadelphia, Butler is shooting a career best 50.6% from the field as a Sixer.

Unlike in Minnesota where Butler became the Wolves’ main offensive weapon, he joined a Sixers team that has big man Joel Embiid take the most shots. However, like he was in Minnesota, Butler has become Brett Brown’s closer in Philly and the team would rather let Butler take over in the final period of ball games. Despite that being obvious, Butler downplayed the idea of being the Sixers’ closer. Said Butler:

"To tell you the truth, it could have been anybody," he said. "They do have a lot of confidence in me but I have so much more confidence in those guys."

To tell you the truth too, Butler is also 2-3 on potential game tying or go-ahead baskets with 10 or fewer seconds left in the game since being traded to the Sixers over a week ago. The rest of the Sixers’ team is 1-13 in a similar situation during the last two seasons. So for those who said that the Sixers gave up too much to acquire Jimmy Butler from the Minnesota Timberwolves, think again. 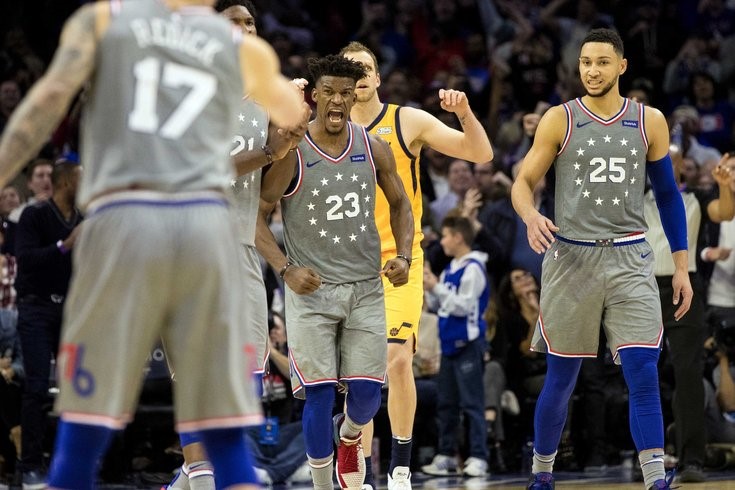 Over two weeks ago, the Philadelphia 76ers won the Jimmy Butler sweepstakes by trading for the disgruntled Timberwolves guard. But to get Jimmy Buckets, the Sixers had to give up two key players on their roster. Dario Saric and Robert Covington were a big part of Philadelphia’s playoff success last season but while both are excellent complimentary players, neither is in the superstar level of a Jimmy Butler.

Philadelphia has been tabbed as one of the favorites to win the Eastern Conference this season. However, like the Boston Celtic, they are off to a rather slow start. When Butler arrived in town, the Sixers had lost five in a row and only had a record of 4-9. They are 6-2 in 8 games played with Butler and have won five out of their last six. Talk about making a big difference.

No doubt the Sixers already had a very talented team prior to Butler’s arrival. They have one of the best one-two punches in the league in Joel Embiid and Ben Simmons. They also have an excellent third scorer in J.J. Redick but for all their talent, the Sixers never had a two-way superstar like Jimmy Butler who can take over down the stretch if needed.

There has been never ever a question about Jimmy Butler’s talent and skills. However, in his previous lives in Chicago and Minnesota, he ended up leaving after interpersonal differences. In Chicago, he was at odds with coach Fred Hoiberg and in Minnesota, he clashed with young stars Karl Anthony Towns and Andrew Wiggins.

It remains to be seen how the Jimmy Butler experiment is going to work out for the Sixers in the long term. For now though, the Sixers are feeling the immediate effects of having a clutch player like Jimmy Butler on their side. Butler has had his chances to make it big in Chicago and Minnesota but both teams never had a deep playoff run with him at the helm. The Sixers hope it will be different with them.