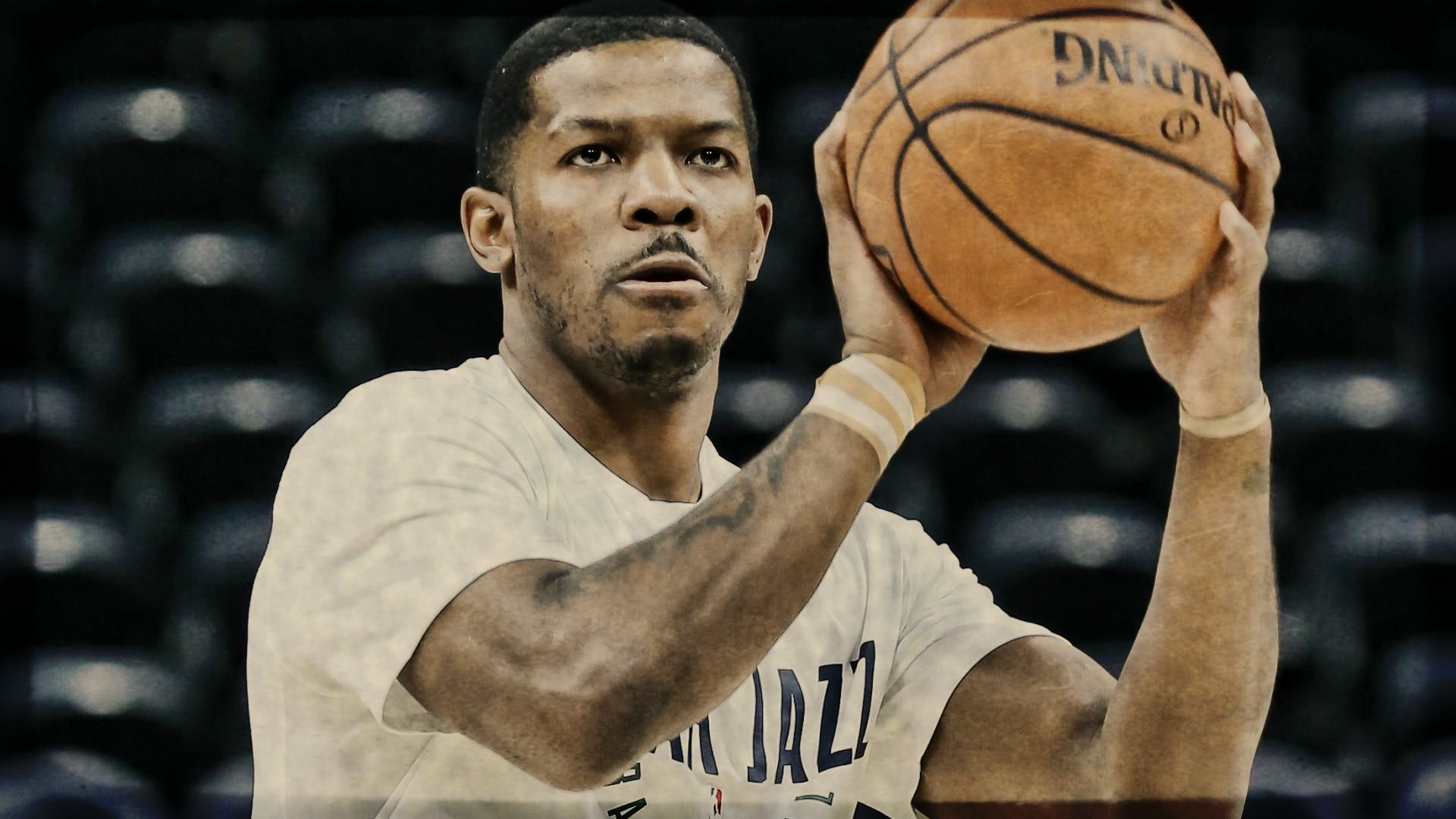 Joe Johnson To Add Firepower To The Houston Rockets

Who could forget Joe Johnson’s playoff heroics for the Utah Jazz last season?

Johnson’s game winner sank the Los Angeles Clippers in Game 1 of their 2017 Western Conference first round series. The win set the tone for the Jazz as they went on to upset the Clippers 4-3 in that match-up.

Now Johnson, who has made $214M in his career ( 4th most among active players ) will be headed to Houston almost for free. 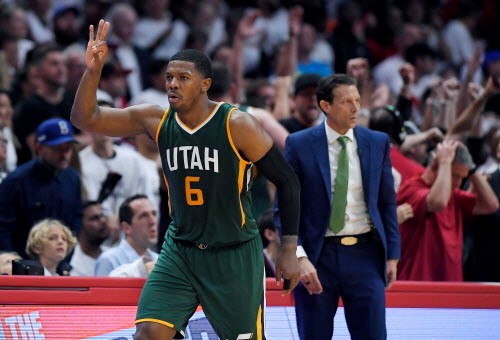 Johnson was part of a three team deal that barely beat the trade deadline buzzer last week. The trade involved the Jazz, the Cleveland Cavaliers and the Sacramento Kings. Under the agreement, the Jazz sent Rodney Hood to the Cavs and Johnson to the Kings. Cleveland then delivered Jae Crowder and Derrick Rose to Utah plus Iman Shumpert to Sacramento. Meanwhile, the Kings shipped George Hill to the Cavs.

While Johnson was dealt to Sacramento, it was expected that he would be bought out by the Kings. Johnson is on an expiring contract that is worth $10.5M this season. Upon the buyout, the Kings will pay him less than that amount but he will still count in their books for the remainder of the season.

The buyout was completed Saturday and once he clears the waivers on Monday, Johnson is expected to sign with the Houston Rockets in the hopes of winning that elusive NBA title. Johnson was Utah’s playoff hero last season but with the team opting to go young with Donovan Mitchell at the helm, Johnson’s desire to win a championship had no place in Utah’s immediate plans. Houston is another story.

Joe Johnson received a contract offer from the #Warriors. Turned it down to play for the #Rockets instead pic.twitter.com/kYW0D7NlEc 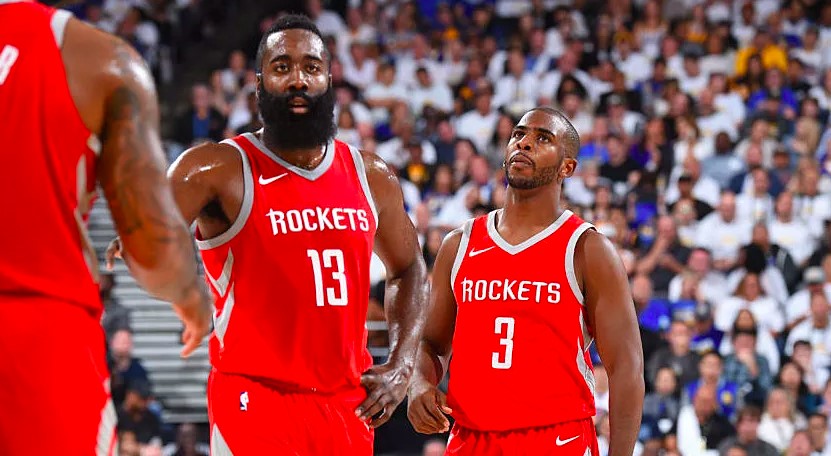 The Rockets are just one game behind the league leading Golden State Warriors in the NBA team standings. At 41-13, they hold the best 54 game record in franchise history. With the way they are playing and winning, they are one pace to win a franchise record 62 games this season.

This is perhaps the best season that the Rockets have put up since winning back to back titles with Hakeem Olajuwon. Not only has James Harden continued to develop but the addition of point god Chris Paul during the offseason has improved the Rockets’ already high powered offense.

The Rockets lead the league in three pointers made per game at 15.6 three point makes per outing. Because of that, they are 2nd in the league in scoring at 114.3 points per game. Likewise, Houston’s offensive efficiency of 113.3 points per 100 possession is just a shade under the top rated offense of 114.6 of the Golden State Warriors. 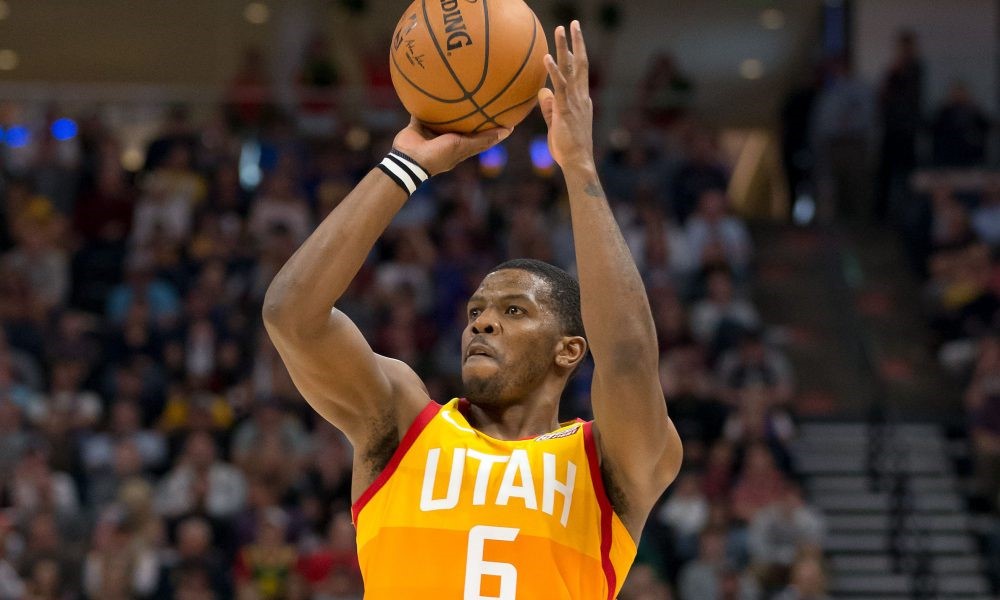 Given the Rockets’ strengths, Joe Johnson appears to be an excellent fit for the team. While Johnson’s current season averages of 7.3 points per game and .274 shooting from behind the arc are the second lowest of his 17 year NBA career, his payoff expertise is most valuable for the Rockets.

Johnson is a career 16.2 points per game scorer in the postseason and even if his scoring numbers have steadily decreased through the years, he has remained a dangerous scorer in the postseason. Upcoming teammate Chris Paul can attest to that. Johnson’s clutch baskets sank Paul’s Los Angeles Clippers during last season’s playoffs.

Aside from Joe Johnson, veteran big man Brandan Wright has also committed to signing with the Houston Rockets. Like Johnson, Wright was bought out by his team, the Memphis Grizzlies. Wright was the 8th overall pick in 2007 and has earned a reputation as an athletic finisher and good shot blocker. 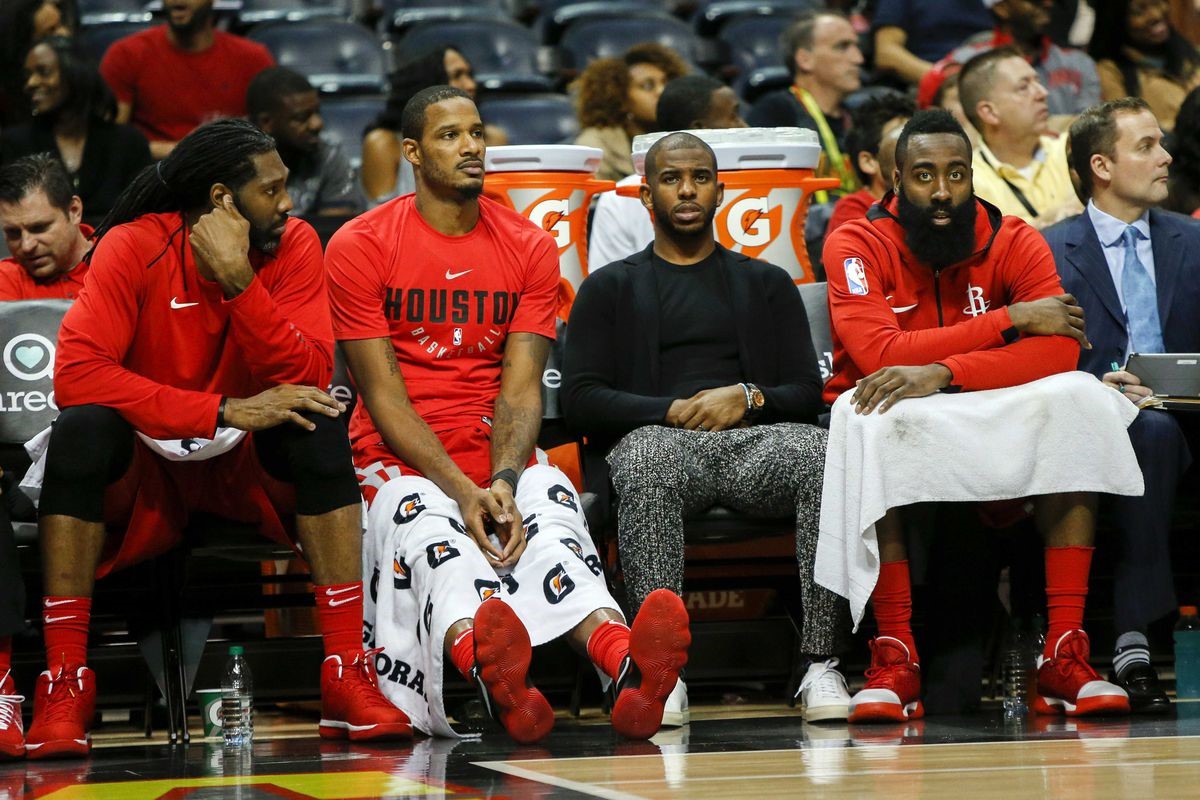 Including recent free agent signee Gerald Green, the Rockets have strengthened their team without having to give up any valuable assets nor having to pay the price. It can be recalled that the Rockets gave up seven players including Patrick Beverley, Lou Williams and Sam Dekker in order to get Chris Paul last summer. They’ve now acquired three proven veteran contributors without giving up anything.

With a much more loaded team now, Houston Rockets’ coach Mike D’Antoni has a ‘good’ problem at hand. It’s going to be hard to imagine how D’Antoni will play all the talent in his bench, especially since some of them play the same positions and have the same strengths.

Under D’Antoni’s offense and Jeff Bzdelik’s switching defense, there are basically three positions: point guard, wing and big. Joe Johnson and Gerald Green add depth to the wing position. D’Antoni loves to play three guards with Harden, Paul and Eric Gordon. But he also must give playing time to Luc Mbah A Moute who has been key in Houston’s rise. When Ariza returns, he’s going to eat up minutes too, pushing Green down the pipeline. What more for Joe Johnson? 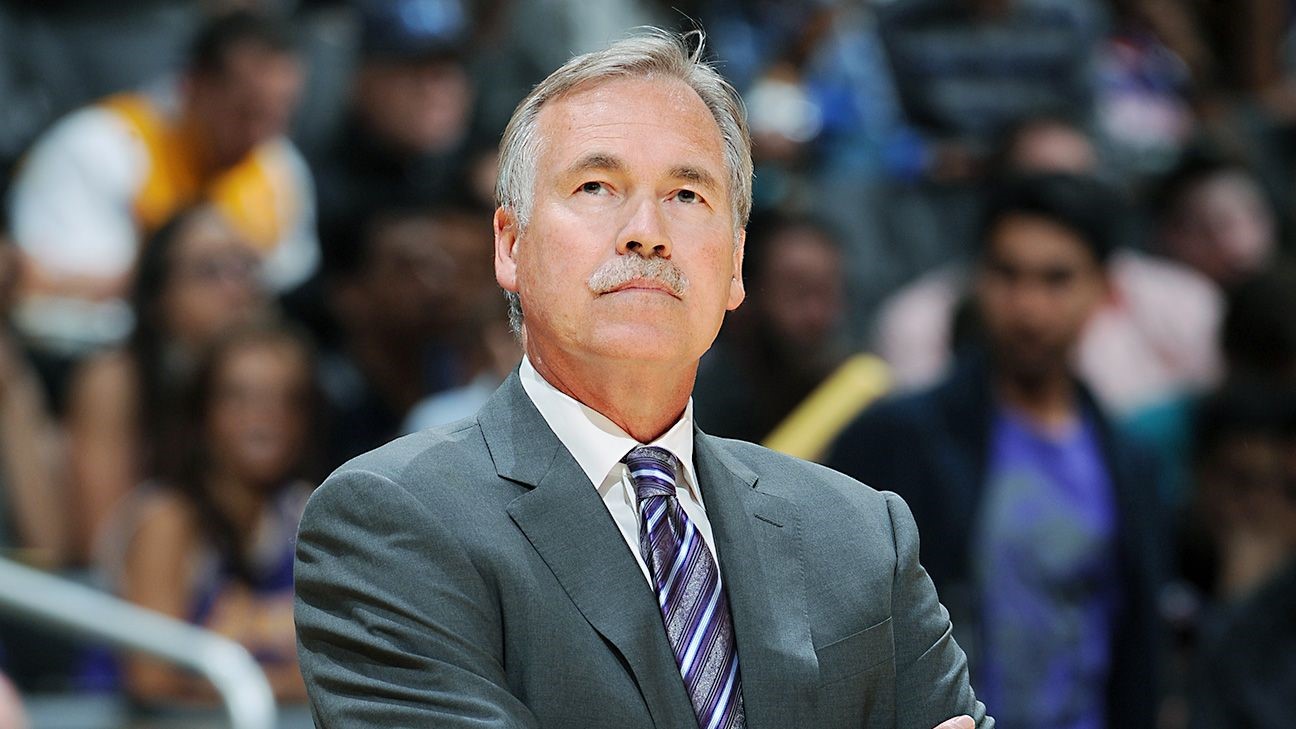 We saw Johnson play power forward for the Jazz in last season’s playoffs and he stretched the floor so well for Utah. Perhaps D’Antoni has that in mind. He can play Johnson as a wing or put him as a stretch four during the playoffs when his services are much needed.

Nene Hilario will still probably remain as the the back-up center to Clint Capela. But Brandan Wright provides the Rockets with an athletic, above the rim presence that they don’t have with Nene. Wright also has the ability to switch on defense and is a good pick and roll receiver. What he does is bring versatility to the Rockets’ center position and for sure, that’s a bonus to the Rockets.

D’Antoni struggled to play a 10 man rotation early this season when all his players were healthy. How much more now that he has 12 players who are worthy of playing time? With so many options, D’Antoni could lose sleep over this. But again, that’s a good problem to have. 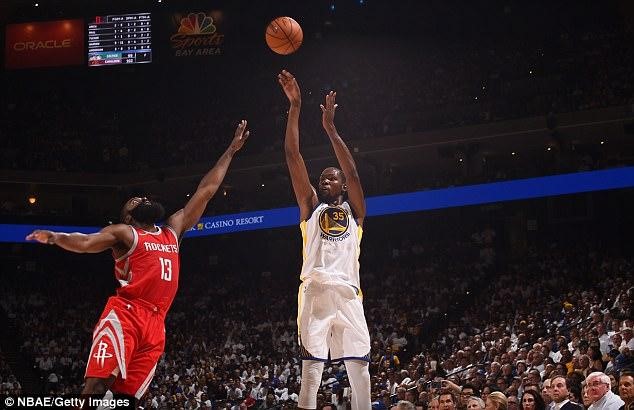 Golden State didn’t make any key additions at the trade deadline, nor are they expected to add free agents as the season winds down. Still, the Warriors are equally loaded and are a handful to the Rockets as well as the rest of the league. But given that Houston has obviously gotten better as this season has progressed, it’s going to be interesting who wins the wild west.