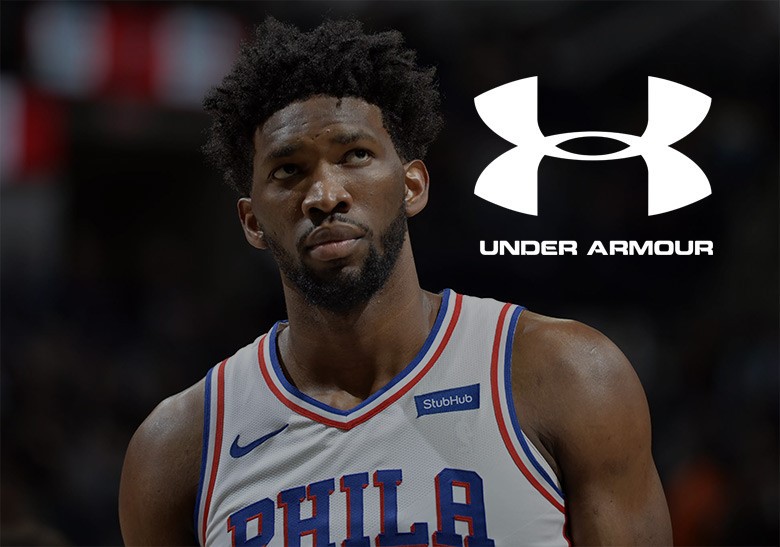 Joel Embiid Is The Newest Under Armour Endorser

Philadelphia 76ers All-Star center Joel Embiid has signed a five year footwear contract with Under Armour that is expected to make him the highest paid center in the NBA.

Embiid submitted his signed offer sheet at the Sixers Media Day last September 28, 2018. It was also the same day where he was first spotted wearing Under Armour’s HOVR Havoc sneakers which he has continued to wear throughout the ongoing 2018 NBA Preseason.

With Embiid signing the offer sheet, his former footwear sponsor Adidas had up to 10 days to match the offer under the “match clause” but Adidas moved swiftly and told Embiid and his representatives that they would not be matching the offer.

Embiid was considered as one of the top shoe free agents this fall after leading the Sixers to the NBA playoffs for the first time since 2012. Embiid averaged 23 points and 9 rebounds in his second NBA season as his Sixers finished third in the Eastern Conference.

The player known as “The Process” was heavily recruited by shoe companies Puma and New Balance but he had been zeroing in on signing with Under Armour after a brief but memorable courtship period.

Why Embiid Chose Under Armour 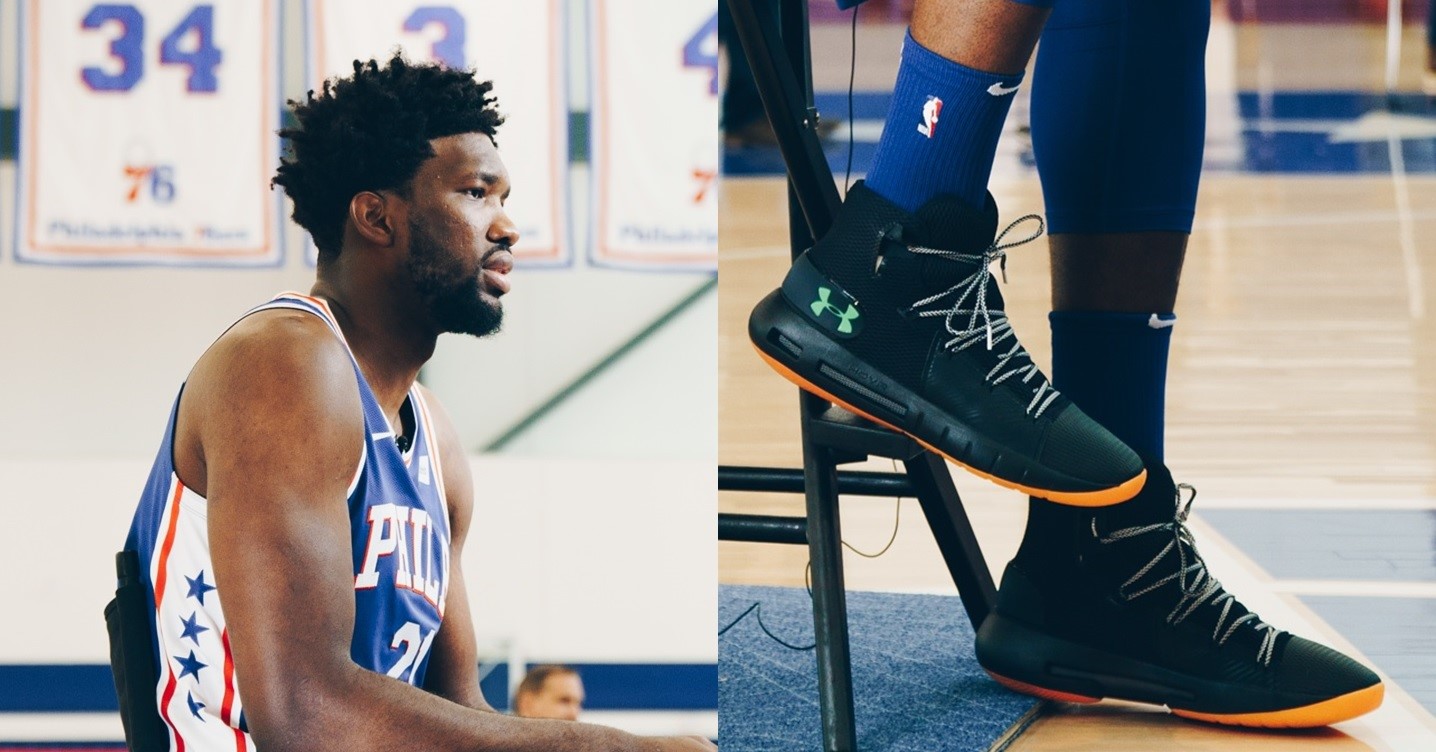 "When I sat down with Under Armour, one of the first things we talked about was how this can be bigger than just shoes, bigger than just basketball," Embiid wrote. "I want to help change people's lives like Luc changed my life."

Luc is Luc Mbah Moute of the Los Angeles Clippers, Embiid’s fellow Cameroon native, whose Basketball Camp in Cameroon Embiid attended as a 16 year old. That Basketball Camp was was a pre-selection camp that would pick five players for a spot at the Basketball Without Borders camp. Of course, Embiid got one of those slots and the rest is history. He got recruited by Kansas and then went on to become a lottery pick in the NBA.

As part of his shoe contract, Under Armour will partner with Embiid on charitable initiatives in Philadelphia and Cameroon. Some of Embiid’s top priorities include give-back events and well, basketball camps not just in his current home in Philadelphia but most especially in his native Cameroon.In fact, Embiid kicked off his Under Armour deal with the unveiling of collaborative T-shirts and hoodies in a surprise event for kids in Philadelphia.

Aside from the charitable initiatives, another crucial factor that led Embiid to signing with the Baltimore based Under Armour was the personal touch he felt when the shoe and apparel company made its official pitch to him last August.

Under Armour senior director of global sports marketing for basketball Kris Stone organized the meeting with Embiid and his representatives in the company’s headquarters in Baltimore. They fetched Embiid via helicopter and the moment Embiid boarded the aircraft, Stone offered Embiid a lint brush.

Unknown to many, Embiid has a habit of cleaning his pants with a brush before he attends any meeting. That detail is only known to his friends and close business associates. The fact that Under Armour did its research made Embiid feel important. That was only one of the many small gestures from Under Armour that scored big on Joel Embiid.

During the official pitch, Embiid had a one on one meeting with Under Armour founder Kevin Plank in the latter’s office. The two talked alone for about 30 minutes, discussing Embiid’s journey, interests and aspirations. The two hit it off as the self-made billionaire and the basketball star shared the same brashness and competitive spirit. That added to Embiid’s interest.

A week after the official pitch, Under Armour’s biggest endorsers started communicating with Embiid. Two time NBA MVP Stephen Curry of the Golden State Warriors, texted Embiid and encouraged him to help grow the brand together. Later, New England Patriots quarterback Tom Brady, Embiid’s favorite football player whom Embiid refers to as “GOAT” also texted him about saying he (Brady) was excited about having Embiid as part of the Under Armour family.

Likewise, Embiid liked the fact that Under Armour told him that they would be marketing him by being himself, “with no guardrails” as Stone put it. We all know that Embiid is an engaging Social Media personality. Sometimes he gets into controversy. But Under Armour would prefer him to be who he is.

An Exception To The Rule

Traditionally, big men have failed to sell sneakers in the NBA except for a few, like Shaq who relatively did. But Under Armour sees Embiid as an exception because they don’t look at him as a big man. Added Stone:

"We didn't view Joel as a big man," said Stone. "We're not gonna put him in any sort of box. He's a great player who has all sorts of incredible skills and a bigger-than-life personality. He's an All-Star starting center and talented franchise player leading a team that'll be in contention for years to come."

Similarly, Embiid says that he is no big man too:

"There's a stereotype about big men that can't sell shoes. When I look at myself, I'm not a big man -- I'm a guard," Embiid said with a smile. "I can do everything on the basketball court. You can name it -- pass, post up, shoot the ball, bring the ball up, being a playmaker -- so I'm excited to break that stereotype."

That kind of bravado is what Under Armour likes about Joel Embiid. It’s not only his skill that appealed to them but his personality as well. Embiid easily draws fans to him because of his cocky, easy going personality. That’s why the Cameroonian boasts of a Social Media engagement and interaction rate four times higher than bigger and more established starts like LeBron James, James Harden and Russell Westbrook. These three NBA stars already have their own signature shoes and if Embiid can engage more people than them, he’ll probably sell as much shoes as they do.

Embiid now joins Curry, Brady and Major League’s Bryce Harper as Under Armour’s top ambassadors in the four major professional sports leagues in North America. He has gone a long way from that skinny 16 year old who attended Luc Mbah Moute’s camp in Cameron and from the oft-injured big man drafted out of Kansas. Well, as he says, just trust the process.