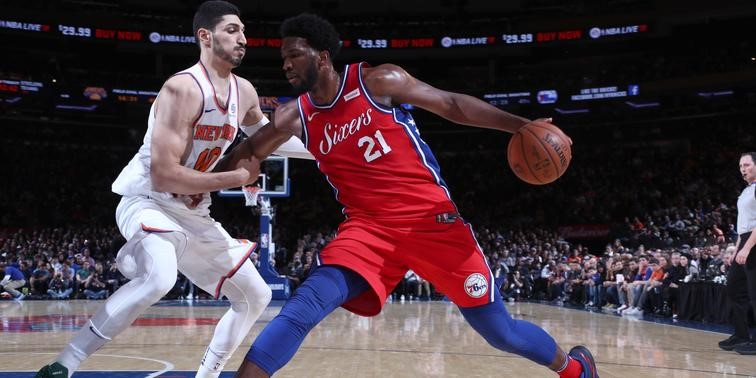 Joel Embiid Was The Star of Christmas Day

We trusted the process. Now we’re witnessing the progress.

The Star of Christmas 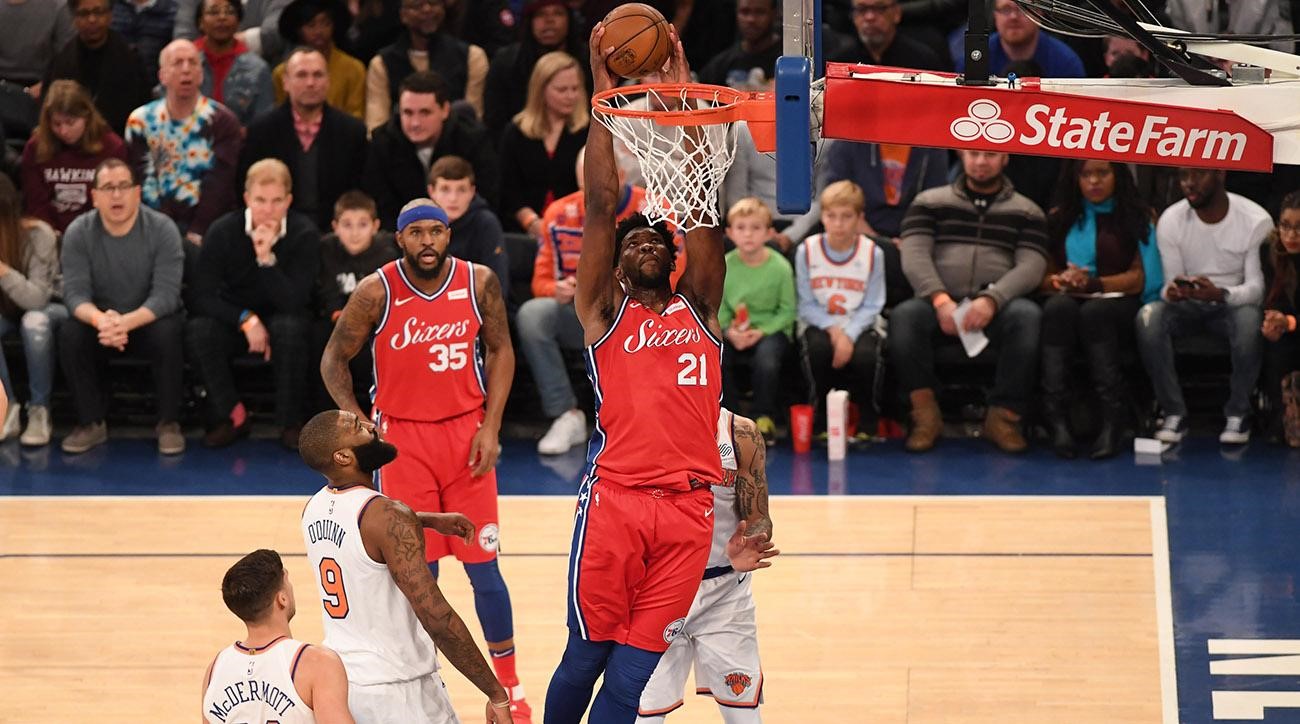 "Especially after what we've been through the past four years, I was so excited to play tonight because we've been through so much losing," Embiid said. "And to be able to be one of the few teams in our league that can play on this day, it just shows you how much we've improved."

LeBron James and Kevin Durant battled possession after possession. Kyrie Irving and John Wall went at each other. OKC’s Big Three squared off against former Thunder James Harden’s league leading Rockets. But it was Joel Embiid’s big night at the Garden that was perhaps the best Christmas Day performance of 2017. 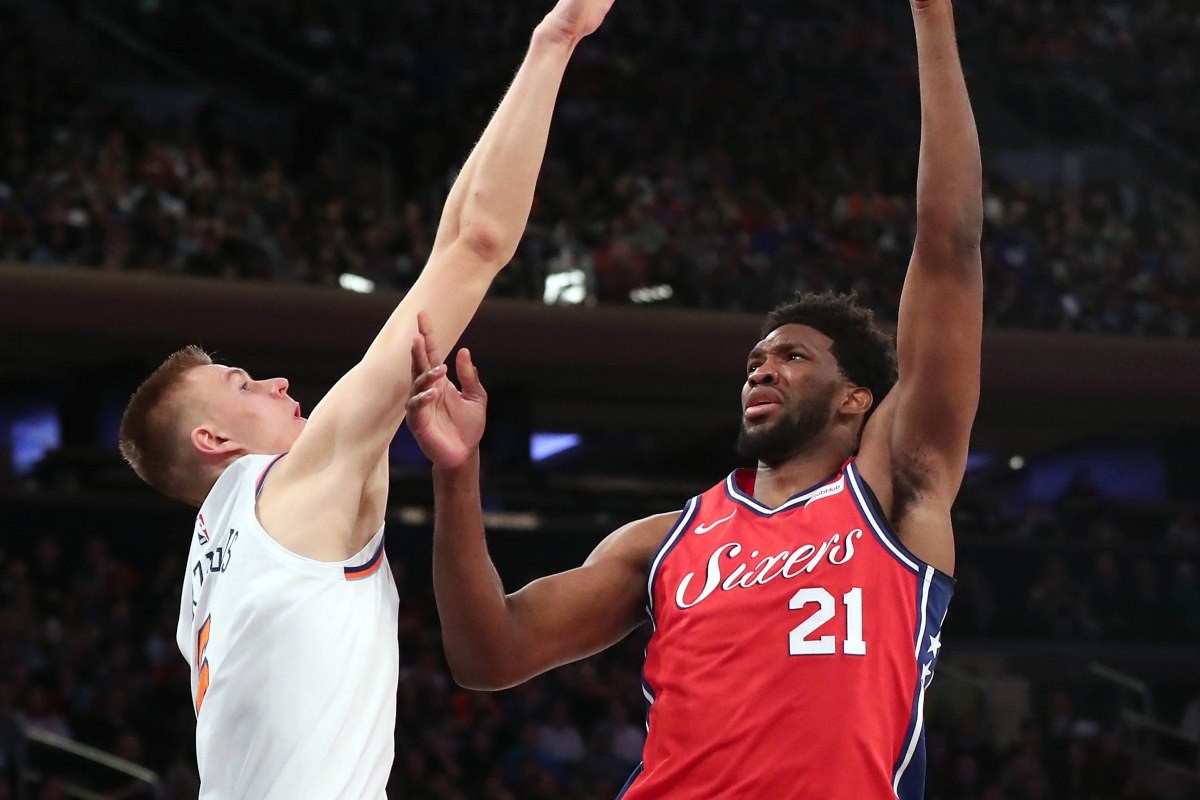 The Sixers hadn’t played on Christmas Day since 2001 and hadn’t beaten the Knicks in the Garden in their seven previous meetings. But that was before Joel Embiid played his first game in New York. Embiid officially introduced himself on the most famous arena in the world. Now the world knows who he is.

Said Enes Kanter, whose career highs of 31 points and 22 rebounds went to naught because of Embiid’s brilliance:

"I respect the guy a lot because that guy didn't play three, four years and coming back (at the) level he's playing right now," Kanter said of Embiid. "So it's cool to play against, go against a guy like that."

Embiid missed his first two NBA seasons with foot injuries. He played in just 31 games last season due to restriction and a meniscus injury which prematurely ended his maiden season. In those three seasons, the Sixers won just an aggregate 56 games. This year, with Embiid healthier ( he’s not even at full strength yet, which is dangerous ) they are 15-18 ( after a recent five game losing streak ) and are projected to be 39-43 when the regular season ends, with a projected 47% chance of making the playoffs.

"[Embiid is at] an All-Star level, and I think he's doing a really good job. I think if he stays healthy, he's going to be one of the best big men in the league." 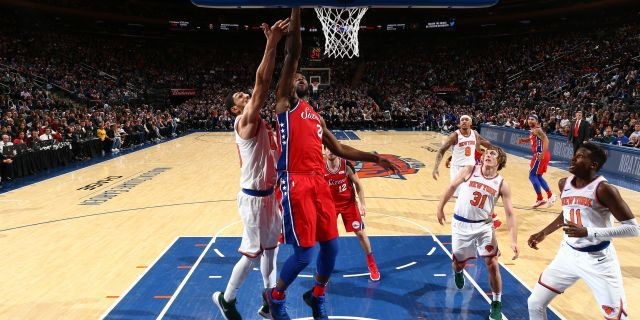 Embiid has looked like an All-Star on and off the court. Embiid has become a cult figure in the league, winning over fans with his omnipotence and wisdom on social media. But Embiid isn’t just the NBA’s social media king. He is messiah to the Philadelphia 76ers. On Christmas Day 2017, he was the King of New York.

Embiid currently ranks 13th in the league in scoring at 23.7 points per game. Among the NBA’s Top 15 scorers, Embiid has the least playing time at 31.7 minutes per game. If you look at his Per 36 minutes average, it’s 27.5 points per game, the fourth highest Per 36 minutes average among the Top 15 and behind only James Harden, Giannis Antetokounmpo, Kyrie Irving and Kristaps Porzingis.

He is also the 7th best rebounder in the league at 10.9 rebounds per game and is tied for 3rd in blocked shots at 1.96 swats per contest. Embiid’s 3.5 assists per game ranks fifth among NBA centerswhile his 17 three point makes is 10th among centers. The former Kansas star is also one of only 7 NBA centers to shoot at least 80% from the free throw line.

Overall, Embiid’s PER of 23.66 is sixth among the NBA’s Big Men and his Real Plus Minus rating of +3.29 is fourth among NBA centers. With these numbers, it’s clear that Joel Embiid is one of the best centers in the NBA. What’s scary is that he isn’t even 100% healthy ( he has never been). 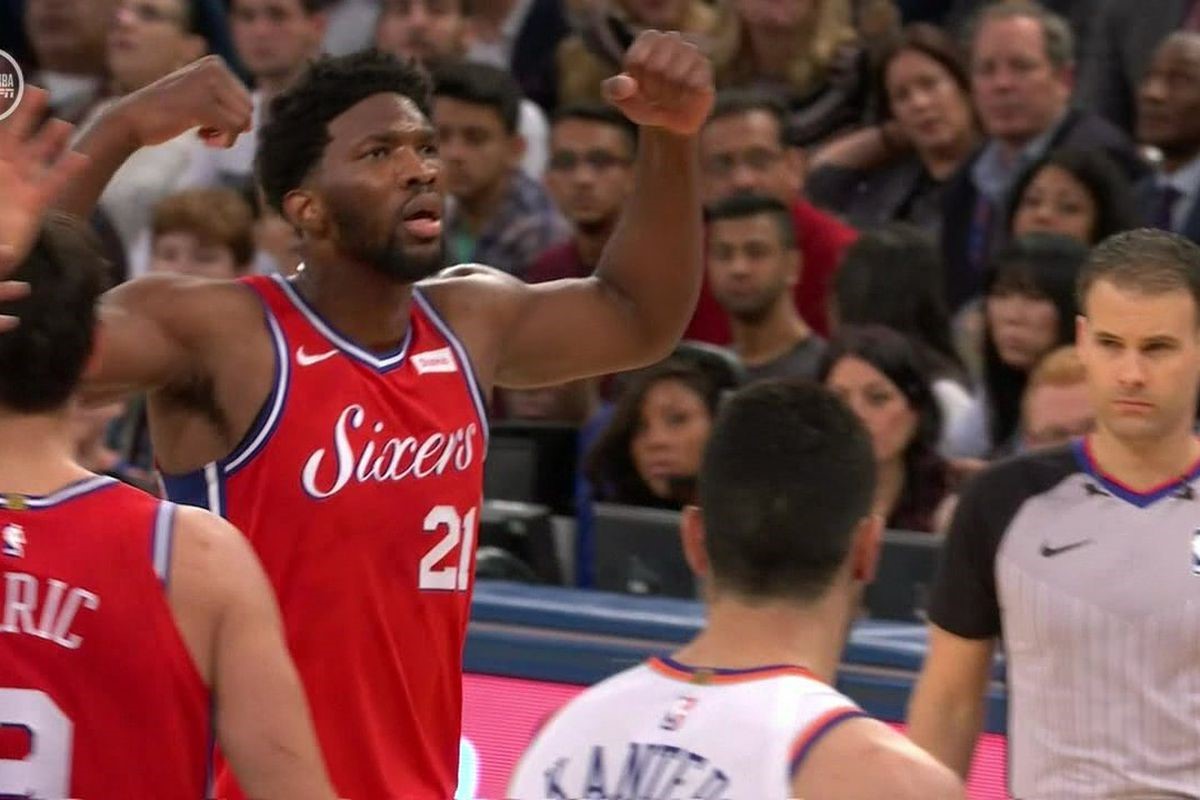 On Christmas day, Embiid was a game-time call for the Sixers because of persistent back pains. After playing 49 minutes during the Sixers’ epic triple OT loss to the Oklahoma City Thunder last December 15, Embiid missed three straight games before returning to play 23 minutes in Saturday’s loss to the Raptors. But he didn’t want to miss his first ever Christmas Day game. And he didn’t disappoint.

That was my first time playing in the Garden, and when I go on the road I love putting on a show….I want to stay on the floor, I want to be on the floor. If it's not something that's going to really, really bother me, I'm going to play.”

Embiid played a total of 34 minutes on Christmas day, just slightly more than his average of 31.1 minutes per game this season. He has seen more minutes this season than last year but Coach Brett Brown still has to protect Joel Embiid from himself. For sure, he is one of the best big men in the league today but with his health history, the Sixers can only wish he can play every game at full strength.

During the post game interviews, Brown called Embiid a ‘borrowed stud’ whom the team gets to ‘inherit’ if he is able to play. Said CoachBrown:

"He doesn't practice and he comes in and plays games and we're trying to grow him into a situation where he is a normal part of a team."

Joel Embiid is the heart and soul of the team. How much he plays should determine how many games the Sixers are going to win this season and how they are going to advance as a franchise in the future. With the win over the Knicks, Philadelphia snapped a five game losing streak and pushed themselves back to within two games off the 8th and final playoff spot in the East. More importantly, the Process showcased the progress in the biggest stage on the brightest night of the year.