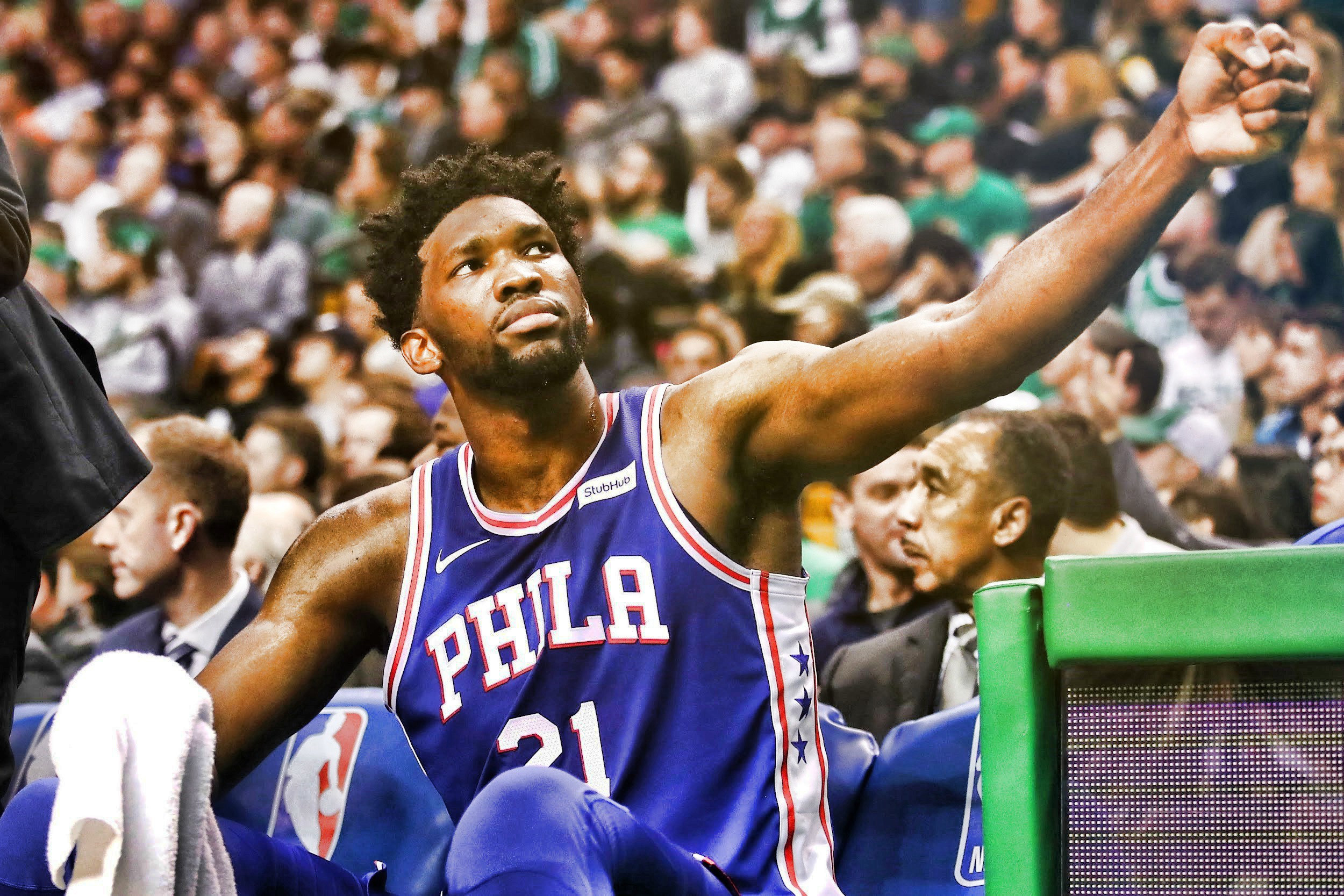 Joel Embiid’s hot in the news lately, not only because of his recent selection as one of the starters in the upcoming 2018 NBA All-Star game but also because of what his accomplishment may earn him, personally.

You see, Embiid’s not just one of the NBA’s best centers, he’s also one of the most ( if not the most ) active personalities on Social Media. Every move that he makes with his life is pretty much documented and that includes his social life.

There is this story of Joel Embiid asking out a young lady for a date but the Sixers’ big man was rejected apparently because of his stature. When Embiid began his NBA career, he was an injury prone young man. But over the years, Embiid has overcome his physical challenges and has risen above every one of them. Well, every one except perhaps going out on a date with that woman he was so smitten with.

Come Back When You’re An All Star 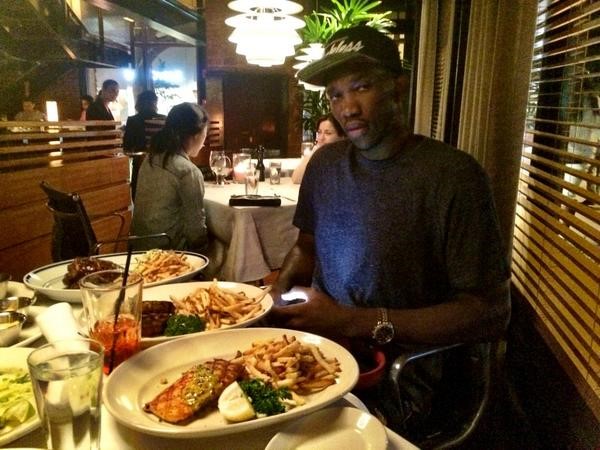 In 2014, Joel Embiid talked about getting denied by a ‘famous girl’ and being told to ‘come back’ when he’s an All-Star:

"She denied me back then, so why go with her again? I might have to pass that and move on to the next one... Trust the Process."@JoelEmbiid has a special message for @rihanna... 😳

At that time, Embiid had just been drafted 3rd overall in the 2014 NBA Draft by the Philadelphia 76ers. A week or so after that infamous tweet, Embiid signed his rookie contract with the Sixers. Later, he was ruled out for the entire 2014-15 NBA season due to a broken navicular bone in his foot. In August 2015, Embiid underwent a second surgery after his foot did not heal as expected. He had two screws replaced, with a bone graft was done on the site using a bone from his hip. Embiid was then ruled out of the 2015-16 NBA season as well. Things didn’t look good for the former University of Kansas big man, whether it was on the court or in the dating game. But he didn’t give up. Embiid just trusted the process and worked his way to the top. 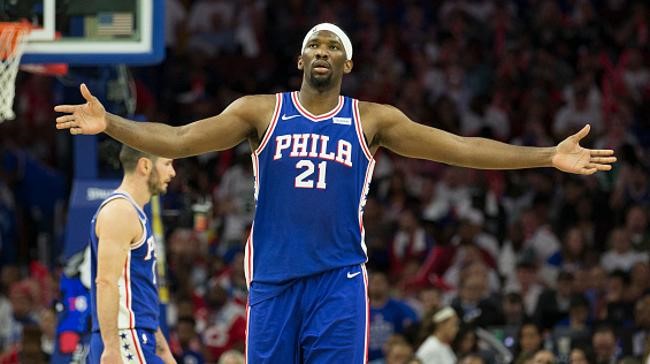 Embiid finally suited up for the Sixers during the 2016-17 NBA season. In his long awaited NBA debut, Embiid scored 20 points, grabbed 7 rebounds and blocked 2 shots in a 103-97 loss for the Thunder:

Although the Sixers lost the game, they knew he was something special and that he was worth the wait. Still, despite Embiid’s strong showing, he would only be limited to 31 games during his first NBA season. Embiid wasn’t only on minutes restriction but the Sixers played a conservative approach in breaking him in, sitting him out in carefully chosen game schedules. In March 2017, Embiid was shut down for the remainder of the season after an MRI revealed that the meniscus tear on his left knee wasn’t healing as expected.

While he missed more than half of his ‘rookie’ season, Embiid made his mark in the league by averaging 20.2 points, 7.8 rebounds and 2.5 blocks per game. The Sixers went 13-18 with him on the court and just 15-36 without him, proving that he is the most important piece of the Sixers’ rebuilding process. In fact, Embiid referred to himself as the Process, owing to the wait and the ups and down he and his team had to go through to finally play in the NBA. His first season wasn’t a rousing success. However, it showed plenty of promise and had the Sixers looking forward to the upcoming season. 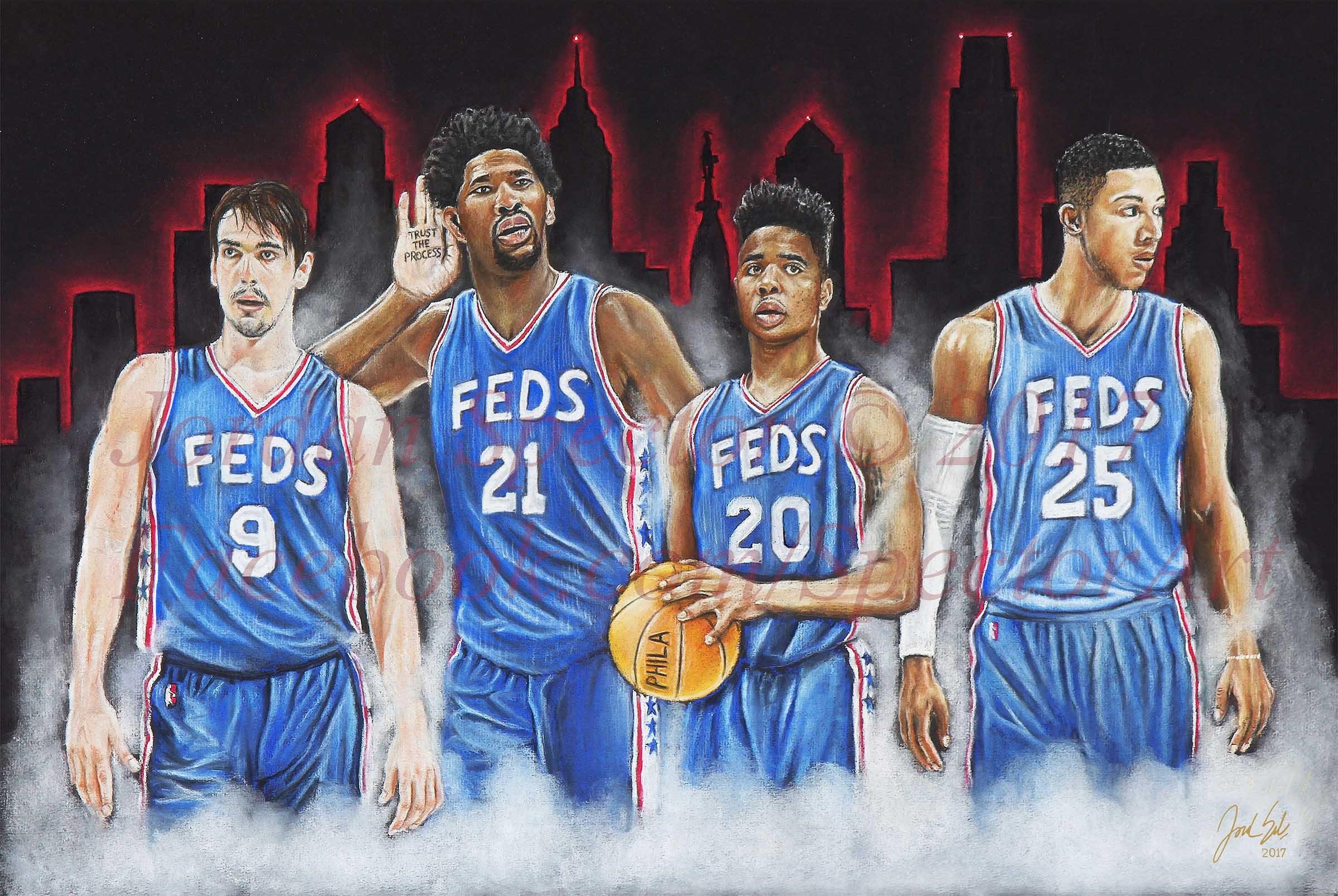 In October 2017, Embiid signed a maximum contract extension with the Sixers. The deal was worth a whopping $148M over five years. While some quarters felt that the Sixers were taking a huge risk in inking an injury prone talent to a long term deal, the Philadelphia organization believed in Embiid, and the Process and they knew they just had to trust him.

The Sixers began the 2017-18 season with plenty of hope. Ben Simmons, the 2016 top overall pick, would be finally suiting up for the team after missing his rookie season with an injury. Then the Sixers also added Markelle Fultz, the top overall pick of the 2017 NBA Draft. With a core that included forward Dario Saric, Joel Embiid warned that the FEDS are coming:

According to Sixers fans, the new nickname is the "FEDS" (Fultz, Embiid, Dario, Simmons).. the FEDS are coming 🔥🔥🔥#TheProcess 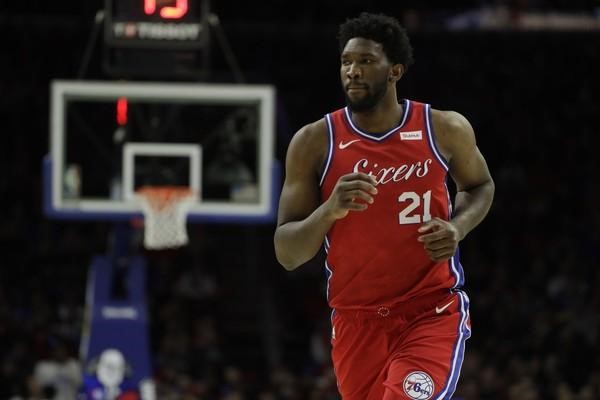 Midway the 2017-18 season, the Sixers find themselves in the hunt for the playoffs. At 21-20, Philadelphia is one of four teams going neck to neck for the final four playoff spots in the Eastern Conference. The team hasn’t been in the postseason since 2012 and have not won more than 34 games in a season in five years but their fortunes may change this season.

Embiid has been at the forefront of the renaissance. The 7-0 Cameroonian is averaging 23.9 points, 11.0 rebounds, 3.5 assists and 1.9 blocks per game. His strong showing put him among the leaders in the 2018 NBA All-Star fan voting. When the voting closed, Embiid was named as one of the five starters who will represent the Eastern Conference:

His reaction was priceless:

Fantastic day!!!! We got a great win and I became an ALL STAR.... I wanna thank all of you guys out there and the organization for the support.. We’ve been through so much but this is for you guys so THANK YOU #TheProcess pic.twitter.com/8PjJre90KZ

"She denied me back then, so why go with her again? I might have to pass that and move on to the next one... Trust the Process."@JoelEmbiid has a special message for @rihanna... 😳 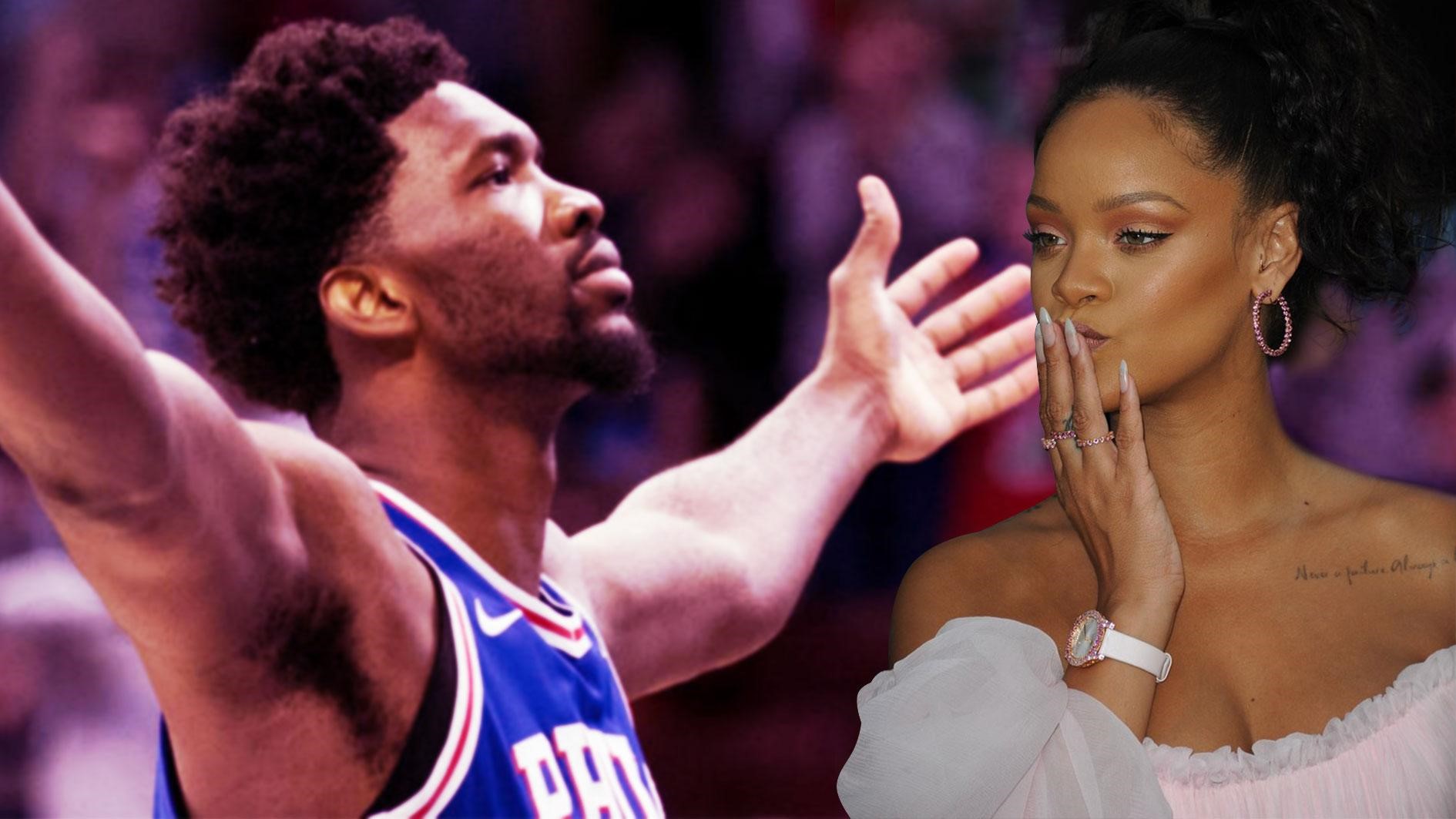 While Embiid never said it straight, many agree that the ‘famous girl’ in his Twitter posts is R&B superstar Rihanna. Back when he was a rookie, Embiid made known his admiration for reality star Kim Kardashian and Rihanna. But with Kim K. already taken by rapper Kanye West, he set his sights on RiRi.

After Embiid’s selection as 2018 NBA All-Star Game starter, fans flooded Rihanna’s Instagram page with Embiid’s handle. The popular singer hasn’t responded to any of the messages yet but Embiid has already let the world know his thoughts about the ‘famous girl’ he has adored for a long time now: He’s moving on.

Fans are quick to make this a story about Joel Embiid and Rihanna but the truth is, it’s more about Joel Embiid’s journey as a basketball player more than his love life. Joel Embiid has been through plenty of ups and downs in his basketball career ( perhaps more than anybody we’ve ever seen ) yet he has kept the faith and has persevered through the years. Embiid never gave up on his dream and everything is starting to go his way now.

We are seeing Embiid and the Sixers reap the rewards of the Process that began four years ago. Embiid has moved on from the challenges and obstacles of his past. The journey to the top is complete. The road to greatness however, has only just begun. But given everything he’s had to overcome to get here, there is no doubt that Joel Embiid is going to be successful. With or without Rihanna.