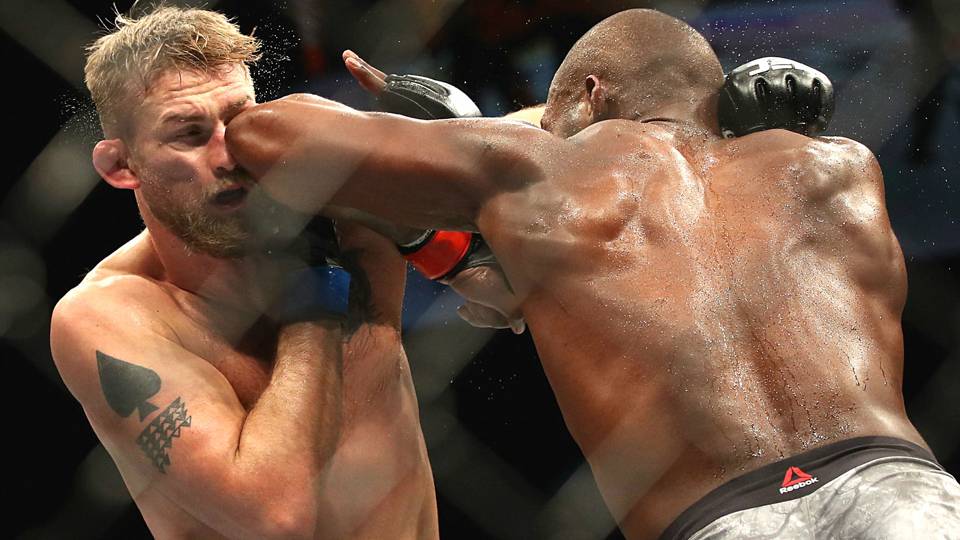 Jon Jones Wins Back Title and Hopefully His Career As Well

Nobody has beaten Jon Jones really, except himself. The only loss in his record was a disqualification after he threw illegal elbows at Matt Hamill. The no-contest in his resume was a knockout win overturned after he failed a drug test.

But Jones personal demons have cost him plenty of octagon time and has tainted his legacy as the greatest mixed martial artist of all-time. Jones’s brushes with the law and his failed drug tests have put his UFC career on hold several times. On Saturday night, Jones showed once again why he is considered as the one of the greatest of all-time.

Bones outstruck Gustafsson 126-48 for three rounds before knocking out the Swede in the third round with a vicious ground and pound. Gustafsson took Jones to his limit  in 2013 in a fight where some claim that the Swedish Mauler beat Jones. Bones took that fight via split decision and the two went separate ways. A rematch was always due but Jones’ personal problems and Gustafsson’s injuries delayed it further. On Saturday, it finally happened and Jones took care of business rather easily this time around.

After the fight, Gustafsson was the first to admit that Jon Jones dissected him inside the octagon and forced him to fight his (Jones) fight, resulting in a meltdown. Said Gus:

“I just hurt my groin in there, and Jon, he knew exactly what to do to stop my footwork and stop my movement and my flow, my distance,” Gustafsson said. “So he just made sure I couldn’t move anymore. That was it. He took me down and I couldn’t get up.

“I wanted to move,” Gustafsson added. “I wanted to stay light, move around like I always do basically, but after that first exchange, I just couldn’t follow up my gameplan. And then I was more in his distance and I was working on my boxing there, but he moved around and I couldn’t really follow his movement. I fought his game today.”

In their first fight, it was Jones who stayed in Gustafsson’s range and Gus was able to nail Jones with punches because of that. And that was the reason why the first bout was close or to some, a win by Gus. But credit Jon Jones for making the correct adjustments and it’s just one of those things that make him great.

Jones knew what got him in trouble the first time around. Not only did he avoid falling in the same hole again, he prepared a better game plan that made sure he won the rematch easily. Sure, Jones didn’t stop Gustafsson as fast as Amanda Nunes knocked out Cris Cyborg but the fact that he put Gustafsson in a bowl and limited what he could do was brilliant. Jon Jones’ dominance was a little different. It wasn’t all brute strength, it was skill, technique, intelligence and power all together. In short, it was a masterful effort from Jon Jones. We’ve seen Gustafsson get stopped much earlier before. Remember it took Rumble Johnson just two minutes to knock the Mauler out while Phil Davis needed only four minutes to stop the Swede. But it wasn’t about time, it was about the process, the precision and the power. Gustafsson had been knocked out before but he had never been dominated the way he was on Saturday night. That’s how good Jon Jones is.

The Champ-Champ Is A Fool

After the fight, Jones immediately called out the so-called champ-champ Daniel Cormier who relinquished the UFC light heavyweight title before the UFC would strip him of the belt at the start of the UFC 232 main event. Cormier’s move was to save face on his part. He was given the belt on a silver platter and after he had won the UFC heavyweight title with a lucky punch on Stipe Miocic, DC has been boasting left and right to be the greatest mixed martial artist of all-time. But while Cormier has won the admiration of many of the fans who have always looked at him as a second-class champion, no one is convinced that he is better than Jones and no one believes that he can beat Jones.

Cormier accepted Jones’ challenge but said he would do so on strict drug testing conditions. But while Cormier has been very critical about Jones’ drug testing history, he is on the other hand salivating to fight another drug offender in Brock Lesnar. Such is the hypocrisy that makes Cormier a lesser champion that Jon Jones and makes him a fool worth mocking. Daniel Cormier is a joke. You can’t take from him that he beat Stipe Miocic but let’s face it, that was a lucky punch that he landed and we know he intentionally poked Miocic in the eye before that happened. Smart move by DC, really. But that’s another story.

DC can go on claiming to be the best ever but no one is going to buy his story because he couldn’t even beat Jon Jones. I’m not saying Cormier doesn’t have a shot at beating Jon Jones because he is always a live dog with his punching power. But other than a lucky punch, there is no other way for DC to beat Jones well except if Jones does test positive for something again. The difference in skill level is so great between the two. Cormier does have world class wrestling but so does Jones. In terms of striking, well we saw DC get knocked out in their second fight. If they should fight a third time, I won’t be surprised if Jones knocks out Cormier again. As with Gustafsson, Jones is dangerous in a rematch and ever more dangerous in a third fight.

There is no better fight out there for both Jones and Cormier. A win over Cormier will prove that Jones is better. A win over Jon Jones will give Cormier the legitimacy he’s always dreamed of. But as with the Gustafsson rematch, Cormier already fought Jones in his prime and he did so twice and lost to him both times. There is no way that is going to change the third time around, well unless of course luck strikes. But all things considered, Jon Jones will eat Daniel Cormier alive again in a third fight. For DC, the biggest fight out there is Jones. For Jon Jones however, the biggest fight is against himself.

Only a handful of fighters have been given a second chance. Jones has been given more than a second chance. He must take care of it. Whether the drug thing is intentional or not, It’s his job as world champion to protect his image and his legacy. He can no longer continue to let his name be tainted by these drug accusations. Given his history though, it’s unclear if Jones can achieve that. If he can’t, we’ll go through this all over again. If he can, the path to being the GOAT is still there for him to take.