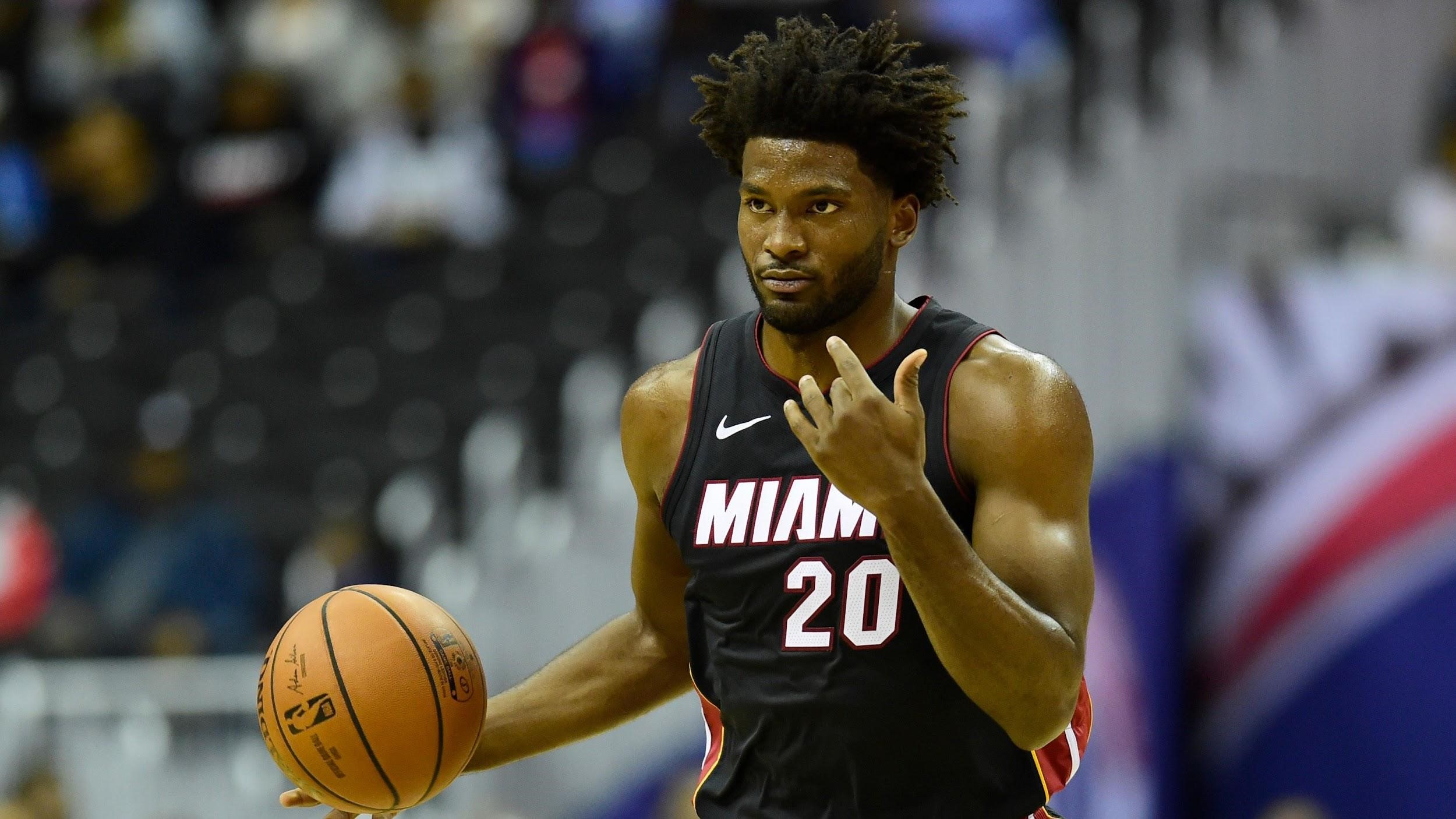 Justise Winslow Is Staying in Miami

The Miami Heat have secured forward Justise Winslow for the next three years.

Roc Nation Sports, which handles Winslow and Miami Heat President Pat Riley completed a three year deal worth a reported $38M for the fourth year forward. According to league sources, the third year of the deal is a team option.

The deal potentially ends rumors that Miami may be planning to include Winslow in a possible trade with the Minnesota Timberwolves. It also underscores Miami’s continued belief that Winslow can be an important player on an Eastern Conference contender.

Winslow became eligible for his rookie extension as part of the NBA’s 2015 Draft class. League policies required that a deal be in place before Monday or else Winslow would have been eligible to enter restricted free agency in July 2019. Although current teams are allowed to match deals in restricted free agency to keep their players, Miami’s gesture of not having Winslow go through all these is a sign that he is a big part of their future.

"I'm just excited,'' Winslow told reporters after the Heat's preseason game Friday night. "I'm invested in this team, in this city. It's nice to get it done before the season so I can just go out there and play, open mind, open heart. I'm committed to this team and committed to this city.''

Not So Stellar Numbers 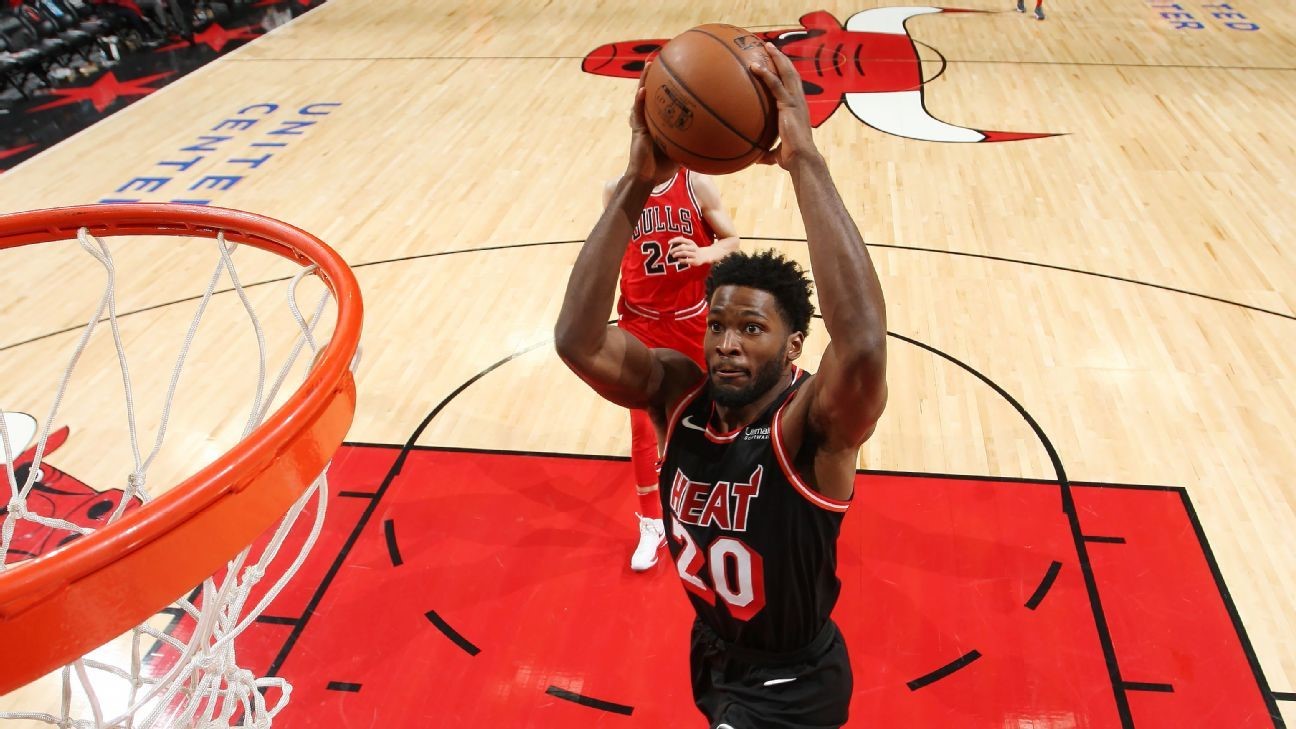 Winslow was drafted by the Miami Heat with the 10th overall pick in the 2015 NBA Draft out of Duke. He played one season with the Blue Devils and helped them win the 2015 NCAA Championship. Winslow started all 6 NCAA Tournament games played that season, averaging 14.3 points, 9.3 rebounds, 2.7 assists, 1.67 blocks and 1.50 steals per game while shooting 50.9% from the field, 57.3% from behind the three point area and 75.9% from the free throw line.

As a freshman, Winslow played and started in a total of 39 games for the Blue Devils and averaged 12.6 points, 6.5 rebounds, 2.1 assists, 0.9 blocks and 1.3 steals per game while shooting 48.6% from the floor, 41.8% from behind the three point area and 64.1% from the foul line. Winslow was the third highest scoring freshman in the ACC and finished the season with the second most double digit scoring games and the second highest rebounding average by a freshman in the conference.

In his rookie season, Winslow played a total of 78 games, starting 8 of them. He averaged 6.4 points, 5.2 rebounds, 1.5 assists and 0.9 steals per game in 28.6 minutes of playing time. More than his statistical production, Heat head coach Erik Spoelstra gave Winslow the duty to defend the best player on the other team and Winslow would have his baptism of fire guarding the likes of LeBron James and James Harden. After his rookie season, Winslow was named to the 2016 All-Rookie 2nd team.

Winslow’s sophomore season was off to a great start as he was given the starting job in his first nine games. But Winslow suffered a sore left wrist and missed the next 16 games. After playing just 18 games with 15 starts, Winslow was declared out of the rest of the season with a torn labrum in his right shoulder. He subsequently underwent surgery to repair his shoulder.

Last season, Winslow returned to play 68 games, including 25 starts for the Heat. Although he played just 24.7 minutes per game, a career low for him, he was still able to contribute 7.8 points, 5.4 rebounds, 2.2 assists and 0.8 steals per game for the Miami Heat. Winslow had his best three point shooting season of his career last year, making 66-104 trifectas for a 38.0% success rate.

Although his numbers haven’t really been over the top, the fact Miami signed him to a deal that pays him an average of $13M per annum is proof of his value to the team and his worth as a player. At 22 and just entering his fourth NBA season, Winslow is just a potential waiting to explode. Miami hopes that is going to happen this year. 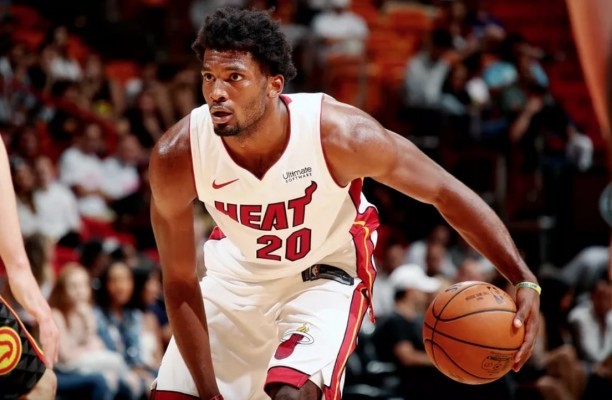 The Heat have been linked as one of the teams seriously pursuing a trade for disgruntled Minnesota Timberwolves superstar Jimmy Butler. Butler had reportedly named the Heat as one of his preferred landing spots. The initial talks between the teams fell apart but laters rumors are saying that the Heat and Timberwolves have restarted their negotiations.

The Heat are said to have put Josh Richardson, Bam Adebayo and Kelly Olynylkon the off limits list. But the rest of the lineup, including Justise Winslow were reportedly made available to be included in the deal.

Winslow’s name floated in those rumors because the former Duke Blue Devil was due to become a restricted free agent next summer if he and the Heat could not come up with an extension in mid-October. At the end of last month, the team and player appeared like they were far from reaching a deal. However, Friday’s announcement of a contract extension may have quashed the rumors of Justise Winslow going to Minnesota.

Make no mistake, Winslow can still be traded to another team despite signing a new contract. Per the ESPN’s Bobby Marks on 10/14/18:

The rookie extension for Justise Winslow now comes with the poison pill provision. Although Winslow can still be traded, the restriction makes it extremely difficult during the 2018-19 season. For trade purposes, the Winslow salary would count as $10.6M towards incoming salary for teams interested in acquiring the forward. This amount reflects the average in the last year of his rookie contract and new extension. The Heat would use $3.5M (last year of his rookie contract) as outgoing salary for trade purposes. The Heat are now slightly above the luxury tax threshold for 2019-20 with a projected $133M in guaranteed salary and 9 players under contract.

With the Wolves wanting to include getting rid of Gorgui Dieng’s contract along with Butler, it doesn’t seem like Winslow would be a part of any Jimmy Butler trade ,if any, involving the Heat because Winslow is now worth thrice as much as he was before signing his new deal with the Heat. This is just like saying that the Heat have made it clear that they want to keep Winslow and make him a part of their future.