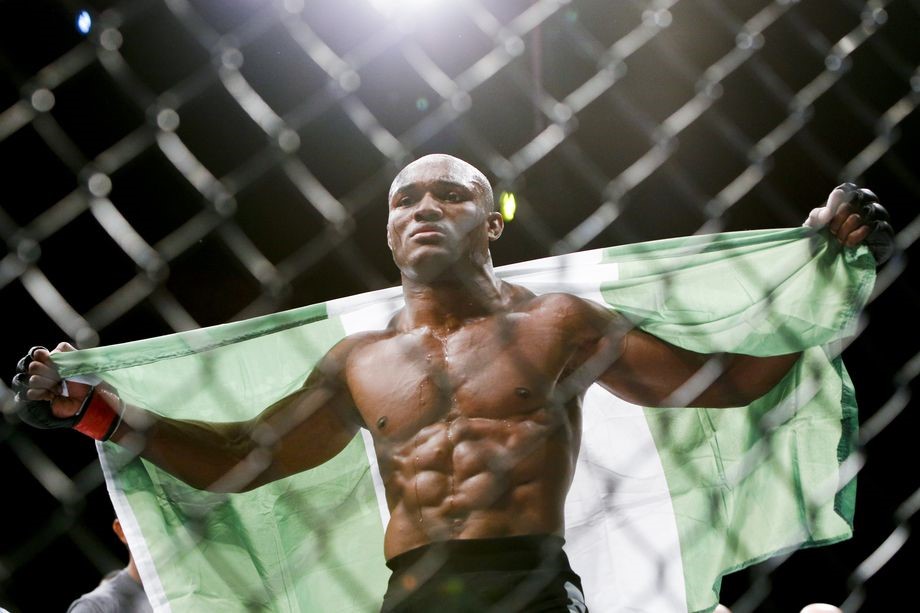 Usman earned the biggest win of his career with a dominant performance over Dos Anjos. In doing so, he might have aligned himself for a shot at the welterweight gold that Tyron Woodley holds right now. 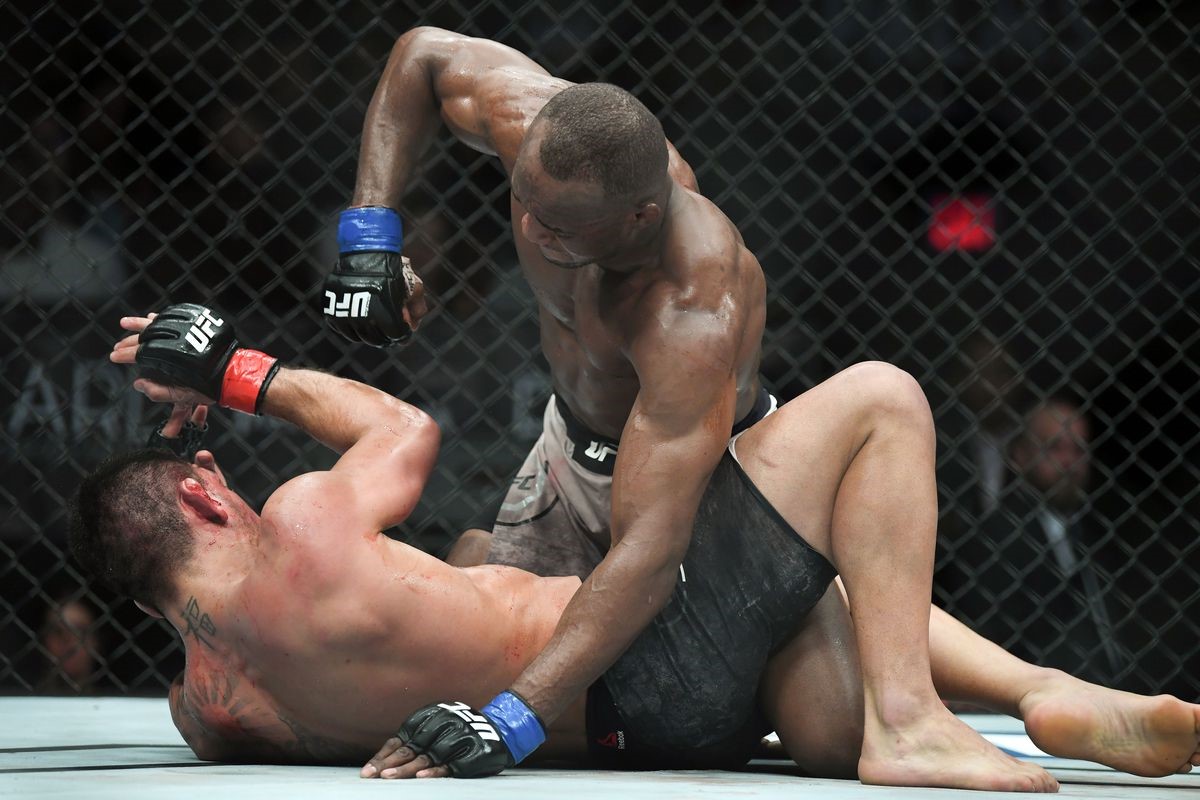 Not surprisingly, Usman’s superior size, wrestling and conditioning proved to be the difference against Dos Anjos. The Nigerian Nightmare’s significant reach advantage kept Dos Anjos at bay with Usman picking RDA apart with crisp jabs. He was also relentless in bullying Dos Anjos backwards towards the fence. It wasn’t long when he took Dos Anjos down and pounded him bloody on the ground.

Usman spent most of the second and third rounds on top position, taking Dos Anjos down with ease and punishing him with a vicious ground and pound attack. Dos Anjos tried to fight back using his submission skills. At one time, he threatened with a kimura and forced Usman to give up his position. But not only did Usman defend Dos Anjos’ several submission tries, he did so rather easily.

In the championship rounds, Usman was still moving forward like a bull while Dos Anjos appeared like he was disheartened and fading because he couldn’t do a thing to hurt his opponent nor could he do anything to slow him down. The takedowns became more easier and the pounding on the ground became worse. Dos Anjos’ face was a pool of blood and Usman looked like he was still very fresh and could have gone for another five more rounds.

There was no doubt who won the fight, even if one judge scored it a ridiculous 48-47. Two other judges had it 50-43 and 49-45 but other than the scores, it was utter domination by Kamaru Usman over an undersized former lightweight champion in Rafael Dos Anjos.

For RDA, it was his second straight loss after three consecutive wins to start his welterweight campaign. Dos Anjos was similarly beaten up by Colby Covington at UFC 225 last June for the interim UFC welterweight title. It may also mean that while Dos Anjos can be competitive at 170 pounds, he does not have the size and brute to match-up with the elites of the division. If Dos Anjos can’t hurt Covington and Usman plus gets rag-dolled by both, what more against Tyron Woodley?

Still Unbeaten In the UFC

As for Usman, he improves to 14-1 with his lone loss coming five years ago in his second MMA fight. He also extends his UFC win streak to nine fights. He now has beaten three contenders in Dos Anjos, Demian Maia and Leon Edwards while also manhandling up and comers like Emil Meek, Warlley Alves and Sergio Moraes during his unbeaten UFC run.

With this kind of streak and after a beat down of Dos Anjos, Usman’s name is officially in the title picture. Usman was a standby replacement during Tyron Woodley’s last title defense but now, he has become one of the frontrunners to actually face Woodley next.
Usman made his intentions known after the fight:

“I’m a man on a mission. I got into this sport and I made a statement,” Usman said. “I’m coming for that welterweight strap and tonight I hope I took a step closer towards that.”

The Nigerian Nightmare may be closer to that strap than he think so. At the Fox Sports 1 post fight show, UFC President Dana White was impressed with Usman’s body of work. Said the UFC top honcho:

“Listen, man. I haven’t given the kid any credit yet, because I felt like he talked to much and didn’t do enough, so we put him in there with a guy who I have a lot of respect for, former world champion RDA — and Usman looked like a stud tonight. From the first round, he actually got stronger as the fight went on, throwing tons of punches, kicks, wrestling, stood up and went toe-to-toe with him a few times. I was impressed. I’m telling you, I want to see him fight Woodley now. I want to see the Woodley fight. That’s what I want, but we’ll see.” 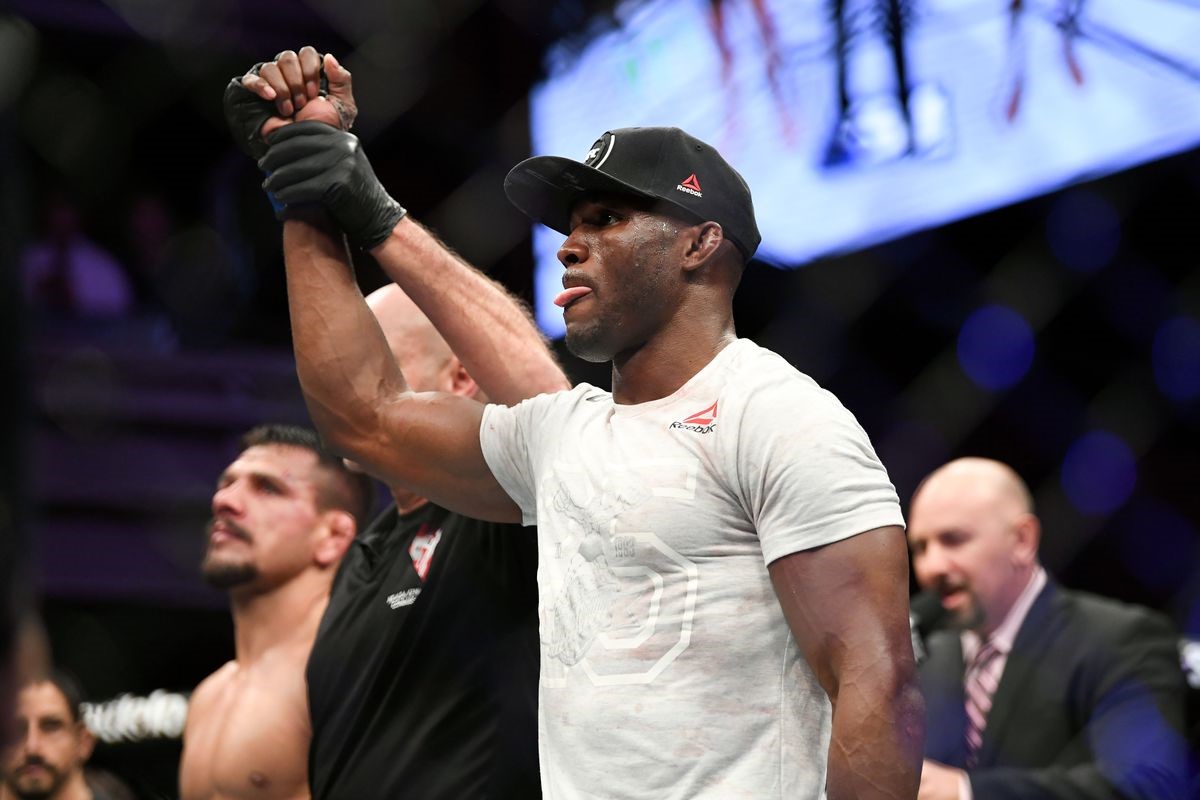 Woodley’s next challenger is expected to be Colby Covington, who won the interim welterweight title by also defeating Rafael Dos Anjos. Covington also owns a win over former title contender Demian Maia, a fighter that Usman has likewise defeated. The rumor mill is saying that Woodley and Covington are going to lock horns in 2019, probably as early as UFC 233 on January 26th. But when White was asked about that matchup on Friday, the UFC President only talked of more admiration for Usman. Added White:

“Covington’s obviously there,” White said. “I’m one of these guys, man, I always like — if you just fought and you came off a great performance against a stud like RDA, I’m looking at you. Covington hasn’t fought in a while. He got injured. He didn’t defend his title. All that stuff. Listen, in one fight, Usman — I used to talk a ton of smack about Usman. In one fight, this guy turned me around. And it makes me excited to see the Woodley fight.

Ouch. I’m sure the brash Covington won’t take White’s words without reaction. Covington has long salivated about fighting Woodley and becoming the undisputed welterweight title. Interestingly, Usman’s style is comparable to Covington’s. They are both elite wrestlers with elite grappling and very powerful on top position. It would also be interesting to see a fight between these two with the winner eventually facing Tyron Woodley.

But sometimes, or even most of the time, it isn’t about who the more deserving contender is. It’s about who the fans want, which fight sells and which fight the boss wants to happen. While Woodley vs Covington is the better fight in terms of storyline, Woodley vs Usman may be the better fight skill-wise. Not disrespecting Covington but Usman looked much better than the American on Friday night. With that kind of performance, I won’t be surprised if Kamaru Usman steals Colby Covington’s title shot at all.