Kevin Love To Start At Center For The Cavs?

Much has changed in the Cleveland Cavaliers’ line-up this past summer. The team lost just one key player in Kyrie Irving but they’ve added notable players like Dwyane Wade, Isaiah Thomas, Jae Crowder and Derrick Rose. If healthy, these players provide Cleveland with a lot of line-up versatility. One of those will be having a chance to play Kevin Love at the center position.

According to Cavs’ head coach Tyronn Lue, he likes Love at the five spot because of ‘floor spacing’. With Love, Lue says he can have ‘multiple players play through the elbows’. These weren’t there when he played Thompson, who was more of a pick and roll finisher and dunker.

But while Lue is excited about his new experiment, there are concerns about Kevin Love replacing Tristan Thompson at center. While Love is the better and more versatile offensive player, he does not provide the same defensive presence as Thompson does.

Love At The Center 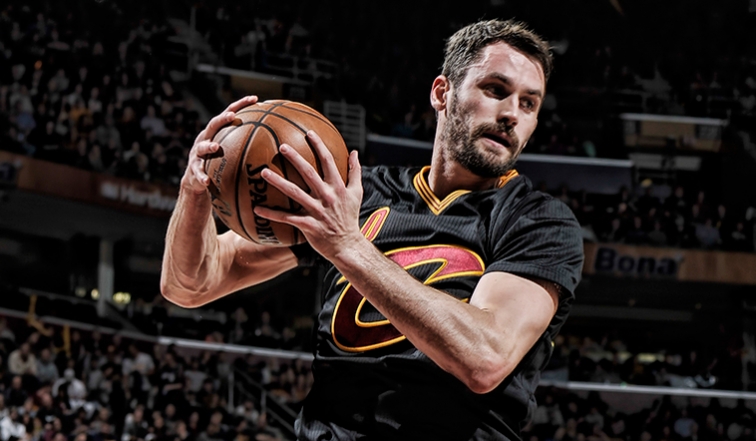 During the 2016-17 regular season, The Cavaliers played Kevin Love as center in three different line-up combinations for a total of 150:17 minutes.

Check out the table below: 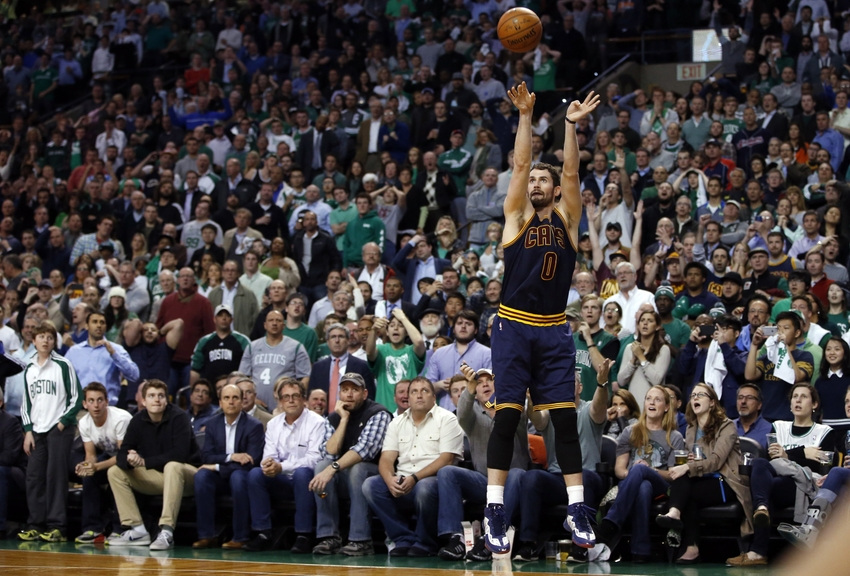 During the playoffs, Lue never used the line-up of Frye, Irving, James, Love and Smith together. Instead, he used a smaller line-up with Korver inside instead of Frye. That line-up played for just 16:55 during the 2017 postseason and it outscored opponents by 51.4 points per 100 possessions. That team outshot their opponents by 5.6 three pointers per 100 possessions or 16.8 points per game.

The sample size in terms of minutes played isn’t enough to be conclusive. But the point here is when Cleveland played Kevin Love at center, they became a better three point shooting team. That gave them an edge they didn’t have when they played with Tristan Thompson at the center position.

Giving Up Some Defense 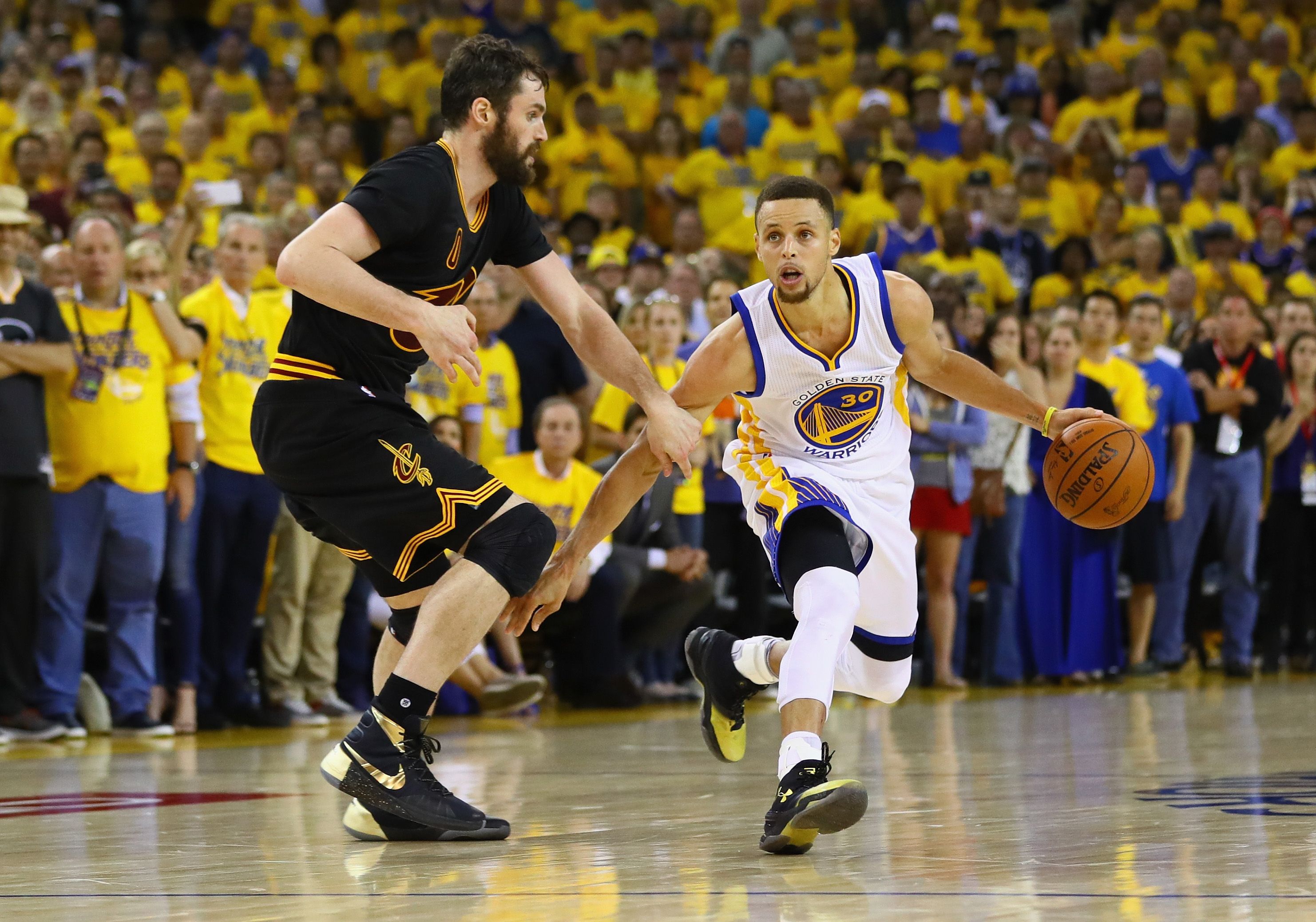 The challenge with Love at the five instead of Thompson is defense. While Love is an excellent rebounder ( he was even a monster rebounder in Minnesota ), he does not have the rim protection abilities of Thompson. Love has never averaged more than 0.6 blocks per game in a season and isn’t the same defensive presence as Thompson inside the paint.

But the thing with the Cavs now is that they have Jae Crowder who provides Tyronn Lue with size, strength and quickness to defend the opposing team’s wing or post scorers. Although adding Crowder won’t make them better in terms of rim protection, Cleveland’s defense obviously gets better with him inside the court, without giving away their edge in three point shooting. 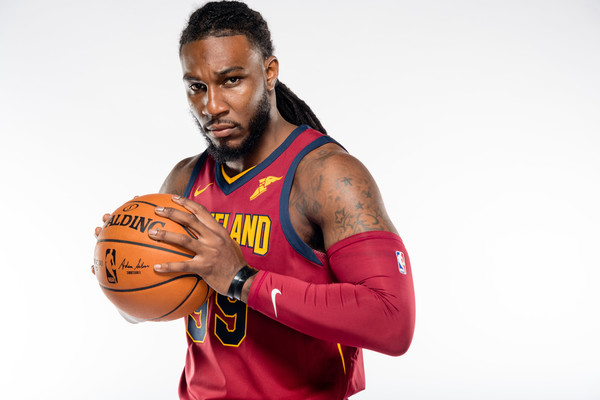 According to sources, Lue will start Crowder at the power forward position. If this is indeed what will happen, then LeBron James moves to small forward where he can play ‘safety’ on defense. Crowder also takes the defensive pressure off LeBron as he will be the one to guard the opponent’s main scorer ( e.g. Kevin Durant ).

While their starting frontline looks like a lock already, the Cavs’ backcourt is still a mystery as Tyronn Lue has yet to reveal his plans for Dwyane Wade. Traditionally, Wade plays at the two guard spot but with last season’s starter J.R. Smith still on board, that remains a question.

Lue has let Wade come off the bench as point guard in training camp so there’s a reason to believe he may be inclined to let Father Prime come off the bench at either guard positions. The point is Wade gives the Cavs more versatility in the backcourt. He’s not just a career 20,000 scorer but he’s also an excellent playmaker.

If he starts with Wade at the 2 guard spot though, then that’s where Kevin Love becomes important at the five spot. Wade isn’t exactly the same three point threat as J.R. Smith and expected starter Derrick Rose isn’t as good as Kyrie Irving was from three ball. So Love makes sense, instead of Thompson from that point of view.

When Isaiah Thomas returns though, the Cavs will have a potent three point shooting squad. Thomas averaged 3.2 three point makes per game last season, so that more than compensates for Kyrie’s loss. Crowder at 2.2 three pointers per game, seals the deal for the Cavs. With James and Love completing the frontline, Cleveland will be ready for war.

Three point shooting has never been more important to the NBA than it is right now. Three of last year’s four conference finalists ( including Cleveland ) were in the Top 4 in three point makes during the regular season as well as the postseason. With the Celtics ( Hayward and Irving ) and Warriors ( Nick Young ) adding three point weapons, Cleveland’s upgrade was what the doctor ordered.

Defensive Real Plus Minus 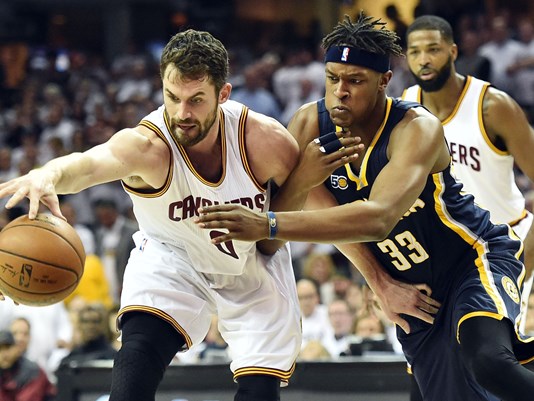 Last season, Kevin Love ranked 11th among 80 NBA power forwards in Defensive Real Plus Minus. So that’s saying that he is still valuable on the defensive end despite his limitations. But whether he will have the same effect at the center position remains to be seen.

But if you take at the same advanced statistic ( DRPM ), Tristan Thompson ranked just 27th among 61 NBA centers. So with all due respect to Thompson’s shot blocking skills, he wasn’t really a huge factor defensively. Not that the Cavs were a good defensive team at all. They were 22nd in the league in Defensive Efficiency at 108.0 points given up per 100 possessions.

Given all these, it’s a good gamble for Tyronn Lue to start Kevin Love at the center spot. It’s a good sign that he’s willing to change the status quo of a team that’s made three consecutive NBA Finals appearance. The Cavs lost two of those Finals series. So perhaps change was needed. Whether this is the right one remains to be seen. But it’s an exciting prospect for Cavs’ fans.