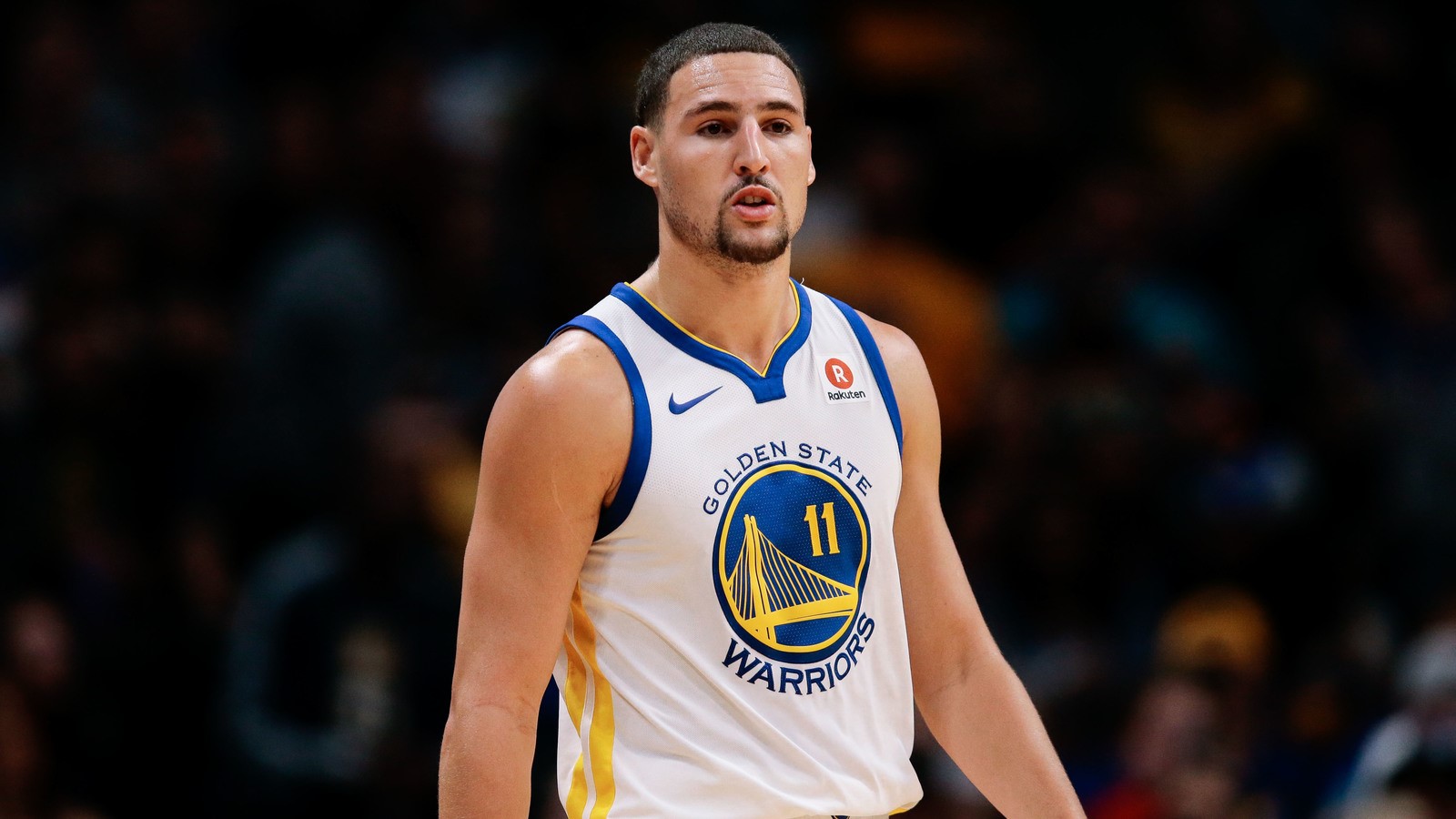 Klay Thompson: You Want To Stay On The Train As Long As You Can

Golden State Warriors shooting guard Klay Thompson is considered as one of the top free agents in the next free agency period and many teams are expected to go after the sweet shooting All-Star.

The former Washington State product is coming off his 4th straight 20 point scoring season after averaging 20.0 points, 3.8 rebounds and 2.5 assists per game while shooting 48.8% from the floor and 44.4% from behind the three point line. Both shooting percentages are a career high for the 28 year old Thompson who was also named to his fourth straight All-Star selection this past season.

Aside from his offensive prowess, Thompson is considered one of the best defenders in the league. Thompson is a lockdown defender and is known not just for his Splash Brother abilities but also for being one of the best perimeter defenders in the NBA. He’s never made it to any of the NBA’s All-Defensive teams yet but with Thompson, it’s not about the accolades as it is with getting the job done not just in offense but in defense as well.

But while potential suitors have started salivating about the possibility of adding a dual threat All-Star in Thompson to bolster their line-ups, the 6-7 guard has already made it clear that he would prefer to stay on board the Warriors’ boat.

Staying On The Train 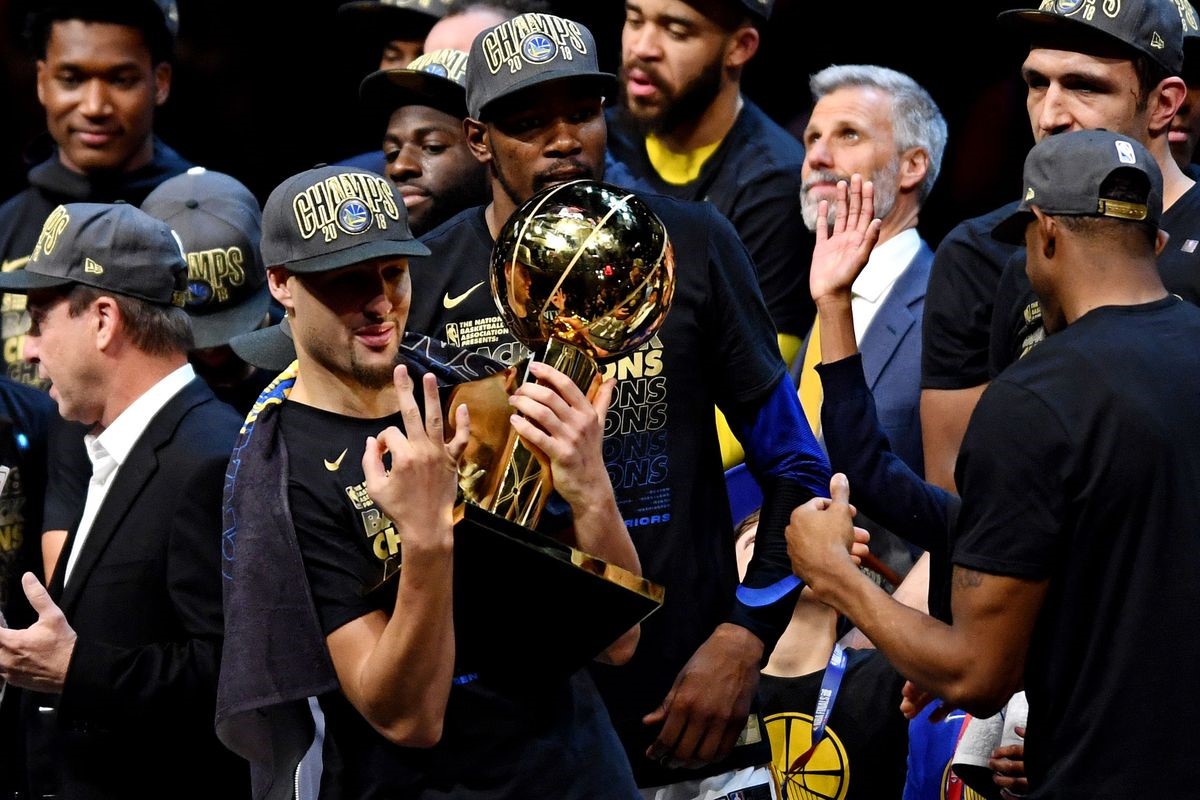 Reporters caught up with Klay after the Warriors’ practice last Thursday and he was asked about his career in Golden State and his future in the NBA. Thompson replied:

"It's crazy because we are back-to-back champs, but at the same time I feel like we're all relatively young and we can still get to another level and keep winning. Not just this year, but years beyond. Not a lot of guys can do that with their team. So I love coming to work every day because I realize this is a special group and a special time to be a Warrior."

When asked if that would be a big factor in his decision during his upcoming free agency, the former 11th pick of the 2011 NBA Draft added:

"Yeah, definitely," Thompson said. "I think it would be stupid not to be. It's hard to walk away from something -- you were here when it started and yeah, you just want to stay on the train as long as you can."

So take that, world. Klay Thompson is happy with the Golden State Warriors and for all the critics who say that he might want to abandon ship next summer because he will never become a true superstar playing behind Kevin Durant and Stephen Curry, well that’s not what Thompson’s in it for. Well at least that’s what he says and to his credit, that’s what he has always insisted. 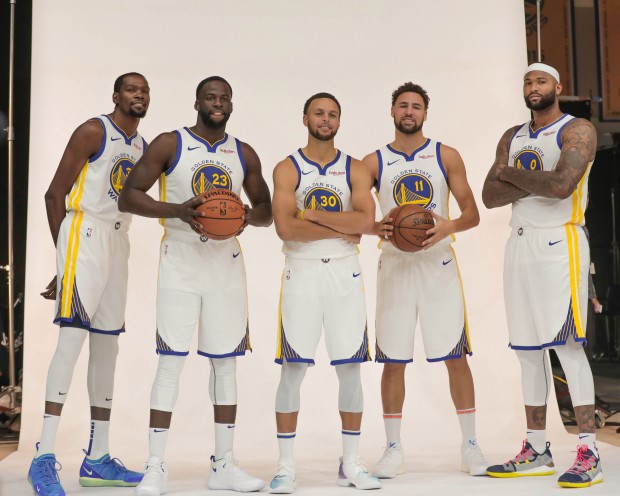 The Warriors are loaded with All-Star talent as they’ve sent four players to the Western Conference All-Star team since 2017. Aside from Thompson, the Warriors have been represented in the NBA’s annual midseason classic by Stephen Curry, Kevin Durant and Draymond Green. This season, the Warriors added a fifth All-Star to their lineup in the person of center DeMarcus Cousins. Cousins joined the Warriors in free agency last summer after failing to land a max contract with the New Orleans Pelicans.

For one, it’s indeed crazy to think that a team like the Warriors, a back to back champion team at that, can start a game with an All-Star starting unit. What’s even more dangerous about Golden State is the fact that their five starters play different positions and compliment each other.

Not only that, what’s really more scary is the fact that the oldest among their current five All-Star players is Curry who is only 30 years old. And given the fact that this team has made the NBA Finals in each of the last four seasons and have won it three out of those four seasons, it’s really scary to think how the Warriors are going to be even more dominant in the coming years when all their stars start to hit their athletic primes.

Not As Easy Last Season

After defeating the Cleveland Cavaliers 4-1 in 2017 while reclaiming the title that the Cavs took in seven games the previous year, the Warriors dominated even more, sweeping LeBron James and the Cavaliers during the 2017 NBA Finals. However, the road to the title wasn’t as easy last season as it was during the previous three years.

The Warriors won at least 67 regular season games per season beginning the 2015 season when they emerged as the team to beat in the league. However, after being the NBA’s #1 regular season for three straight years, the Dubs struggled to win “just” 58 games last season, falling to second place behind the upstart Houston Rockets who had a franchise best 65 games during the 2017-18 season.

During the playoffs, the Rockets also gave the Warriors plenty of trouble as they put the two time defending champions on the ropes by leading their Western Conference Finals showdown 3-2 with two games to be played in Houston. But as fate would have it, the Rockets lost guard Chris Paul to a hamstring injury and the Warriors capitalized on the opportunity and won Games 6 & 7 on the road to book their 4th straight NBA Finals appearance. It was touch and go from there as the Cavs were never really able to challenge the Warriors after their endgame gaffe in Game 1 of the 2018 NBA Finals.

Entering this season, the Warriors are once again favored to repeat as champions. Given that the team is healthy, except for Cousins who is still recuperating from an ACL injury, it’s not hard to imagine the Warriors standing on top of the podium again next June.

When you look at the landscape in the Western Conference, the Rockets remain as the Dubs’ biggest challenge and they have probably gotten better (well at least on paper) this season with the addition of Carmelo Anthony. But outside the Rockets, the other teams in the West have not really gotten better to the point where they could top Golden State, at least in talent level. But what makes Golden State really dangerous isn’t just their talent but their ability to play together as a unit. The core of the team which won their first ever title in 2015 is still their core and in fact it has gotten better as the years have passed. Two years ago, the Warriors added Kevin Durant then this summer, they added DeMarcus Cousins. And as we said earlier, they aren’t just ultra talented. Their superstars are right about the same age and right now, they are not yet even in their primes yet. So that’s very scary really. And that’s the reality that the rest of the league is going to be faced with year after year if the Warriors keep themselves together.

Right now, the only team which can realistically beat the Warriors is the Warriors themselves. The Warriors’ biggest challenge aren’t the Rockets. It’s themselves. Unless they fall apart during the regular season, which is unlikely given their talent and experience, the only worry that Steve Kerr and the front office has is keeping the band together. For the Warriors, that means convincing Klay Thompson and Kevin Durant to stay in next summer’s free agency period. Durant has hinted that he will be opting out of his contract after the upcoming season but KD has also said that he intends to stay with the Warriors. With Thompson also reaffirming his desire to stay in the Bay Area, it looks like the rest of the league will have to look for free agent targets elsewhere because the gang appears to be in it for the long run.