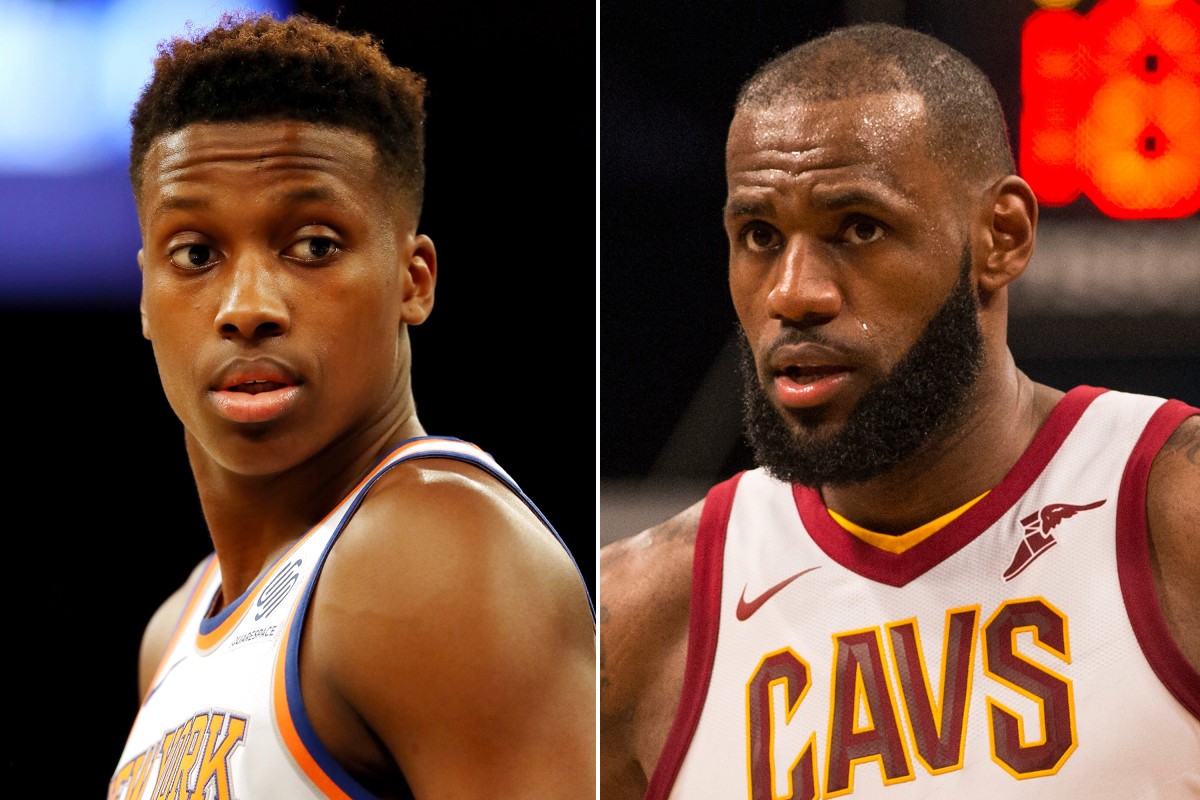 The Cleveland Cavaliers superstar told reporters that the Knicks should’ve picked Dennis Smith Jr. in the 2017 NBA draft. It can be recalled that the Knicks passed on Smith to select Ntilikina 8th overall.

"The Knicks passed on a really good one, and Dallas got the diamond in the rough," James said after the Cavaliers' 111-104 win Saturday night over the Mavericks. "He should be a Knick. That's going to make some headlines, but he should be a Knick. Dallas is definitely, I know they're excited that he didn't go there.”

Although James would later clarify his statement as a shade to former Knicks’ President Phil Jackson and not to insult to the 19 year old rookie, Ntilikina’s coach and teammates stood behind him and against King James’ proclamation. 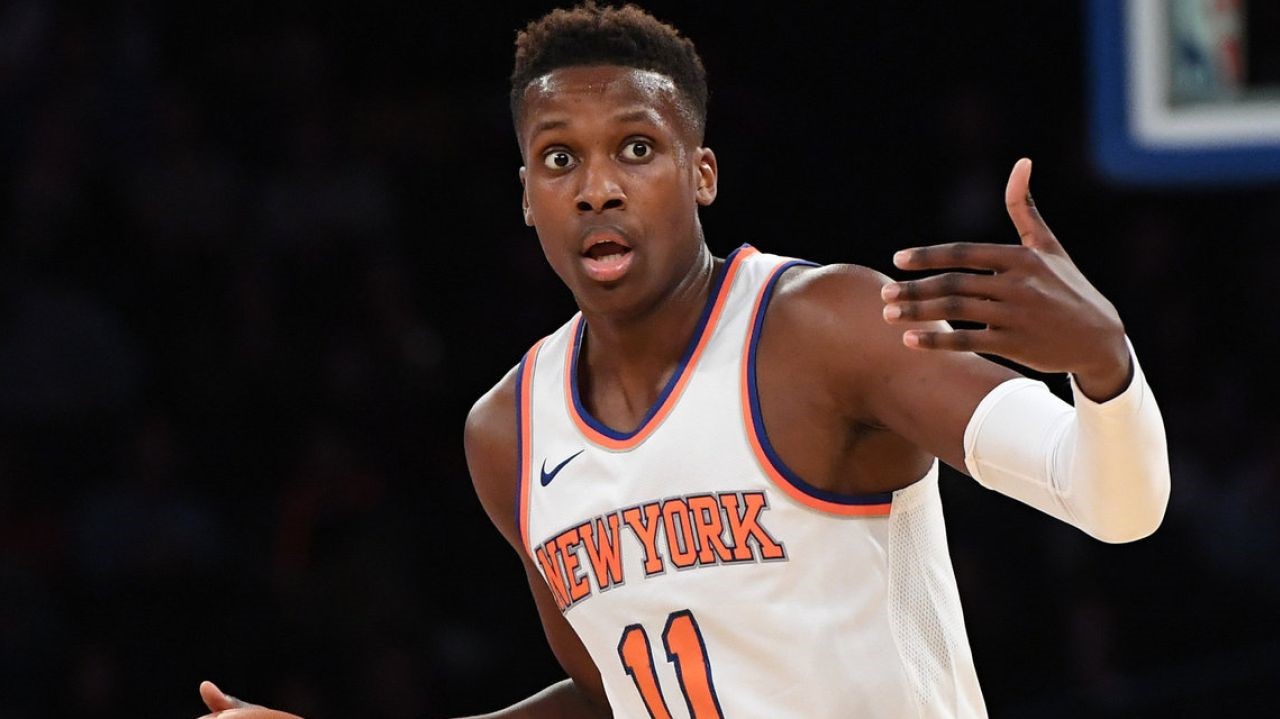 "They're both great young players. We have Frank, and Frank has done a great job for us, his abilities, the way he's grown from day one and the things that he's worked on, we expect him to be a great player also."

Newly acquired big man Enes Kanter, who always has something to say about almost anything, didn’t let James’ comments pass by silently. Kanter took to Twitter and said:

Kanter further defended Ntilikina with a lengthier statement to reporters:

“But I don’t care who, I just cannot let anyone disrespect my family like that. Because when I play for an organization, I see my teammates and that organization like a family. And I don’t care. It doesn’t matter if it’s LeBron or whoever it is, I cannot just let him disrespect him like that because the coaches, the GMs, the president, this organization knows what they’re doing. So that’s why I was kind of pissed that he said that, because, I mean, come on, man. That’s a rookie. You cannot just say anything like that about him.”

“I don’t know why he made those comments,” Kristaps Porzingis told reporters. “But all I can say is we love Frank. We’re happy with him. He’s doing a great job. He’s playing great and he’s doing what he’s supposed to. I would not change Frank for anybody. Simple.”

Good to hear Hornacek and Kanter back up their rookie. But it was great to hear Porzingis take a stand for his teammate. With Carmelo Anthony gone, Porzingis has taken over New York. Defending Ntilikina just added more to his stock as a franchise player and NBA superstar. 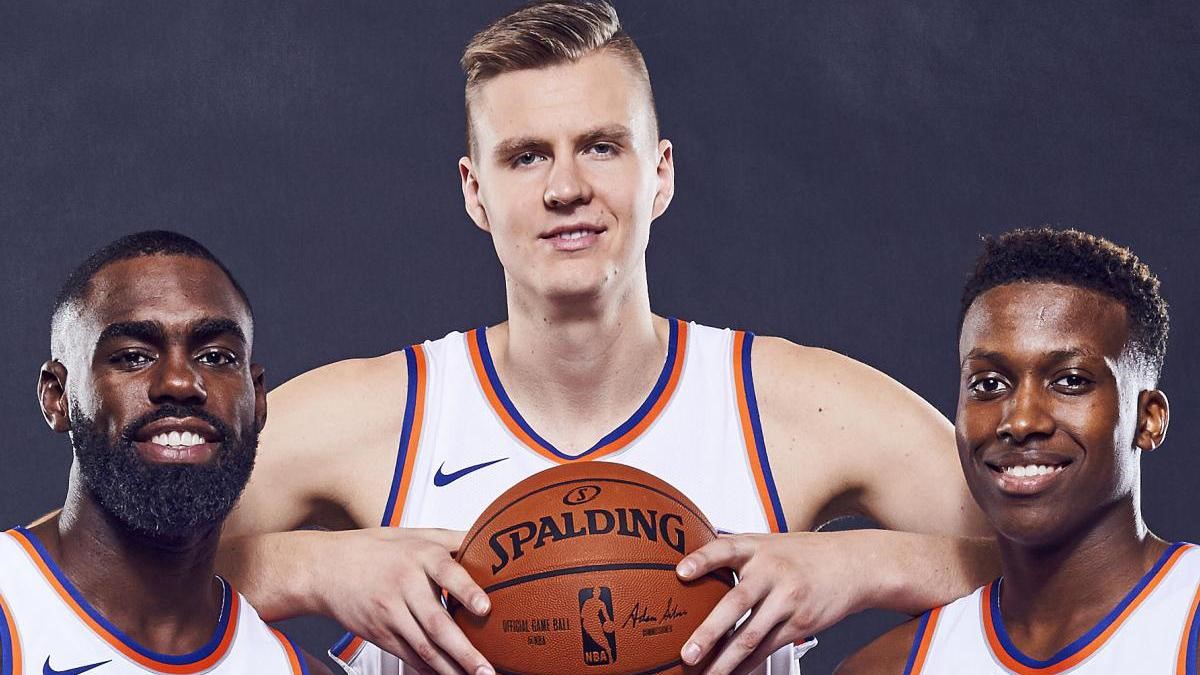 Porzingis’ value to the team is quite obvious. New York’s 7-3 Unicorn is averaging a career best 30.4 points per game on top of 7.3 rebounds, 1.1 assists and 2.3 blocks per game. He’s also shooting the leather at .513 from the field and a remarkable .418 from beyond the arc.

But while Porzingis’ worth is clear, Frank Ntilikina’s importance isn’t as obvious. For one, Ntilikina plays just 20.2 minutes per game and hasn’t started a single game yet in his young NBA career.. But when he’s on the floor, the 19 year old rookie point guard is just as crucial to the Knicks as Porzingis is. 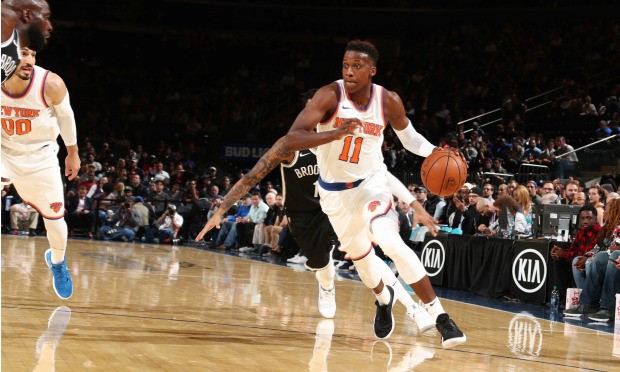 Sure, Ntilikina’s shooting is erratic at .340 from the field and just .250 from the three point area but the other top rookies are struggling too. What’s impressive is that he has shown the ability to read NBA defenses and has excellent court vision. In fact, Ntilikina ranks 4th among rookies in assists per game at 5.0 and in 4th in assists to turnover ratio at 2.38.

As for the Dennis Smith Jr comparison, you can’t really compare them using stats because of the roles they play on their squads. Smith is being touted as the Mavericks’ next franchise player and as such, he has started each game he’s played. Smith is also averaging more minutes per game at 28.8 and is taking more shots per contest at 14.5. 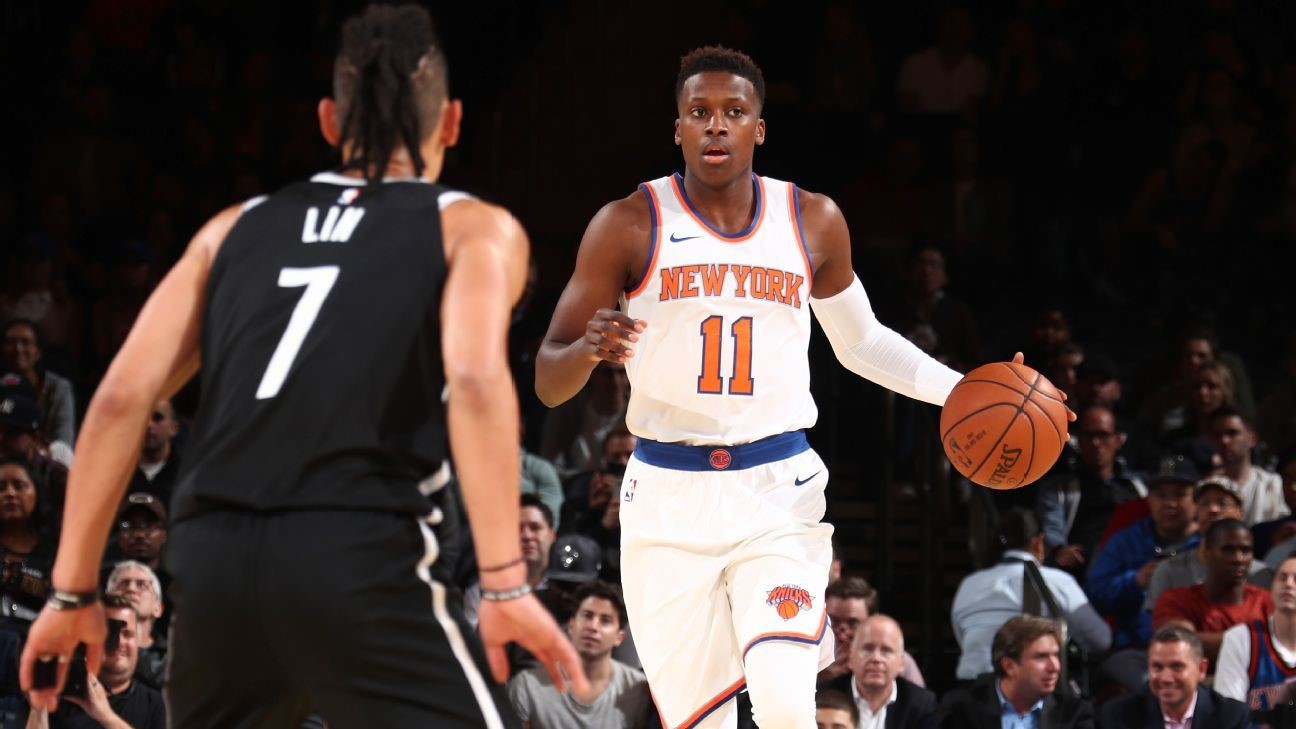 Smith takes the second most shots per game in Dallas, just behind leading scorer Harrison Barnes. His playing time ranks also 4th in the team. As the Mavs’ starting point guard and its second best offensive option, Smith tops the team in usage at 29.1%, meaning Dallas really plays around him.

On the other hand, Ntilikina plays back-up to veteran Jarrett Jack in New York although this isn’t the long term plan. Jack was brought to New York primarily to mentor Ntilikina. But while the apprentice is still learning, the mentor is playing well so Jeff Hornacek is right about giving Jack the keys to the team, but only for now.

Ntilikina’s minutes are 8th in the Knicks order. In fact, his playing time ranks just third among Knicks point guards as Ramon Sessions averages more minutes ( but in fewer games played ). Six Knicks’ take more shots per game than Ntilikina so his scoring average of 4.4 points per game is but natural. But once he graduates from apprentice to starter ( which is the plan ), expect his production to get better. 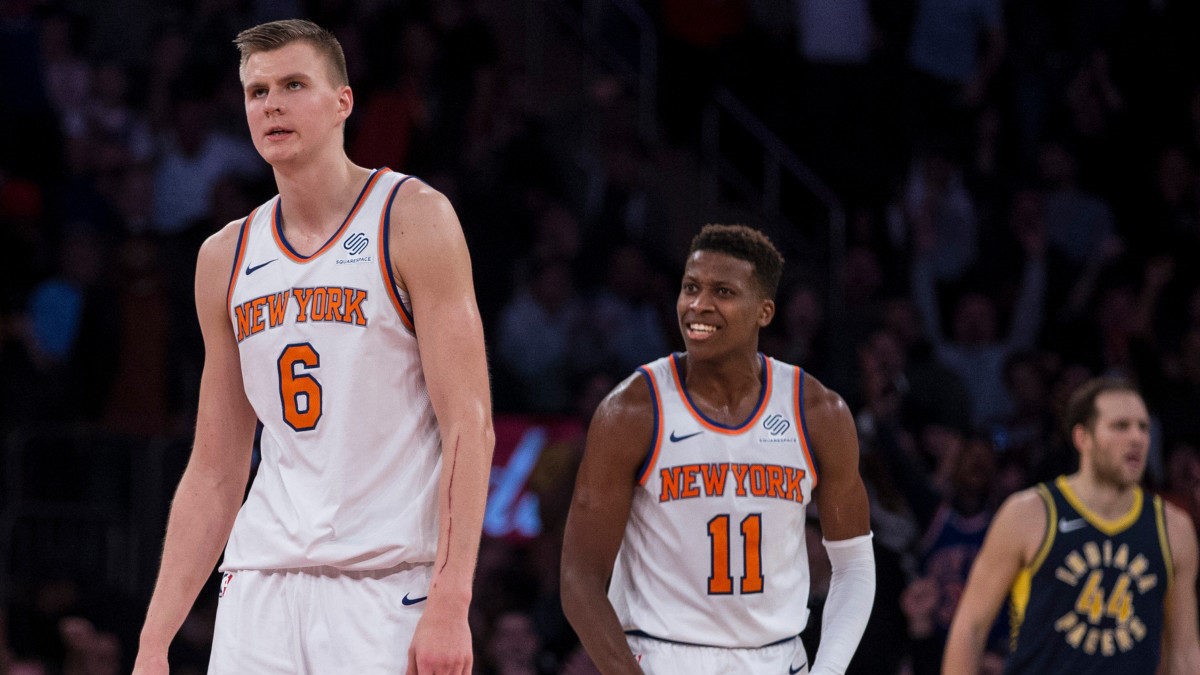 Notice however that Ntilikina’s minutes have increased from 15.5 in October to 23.3 in November. That’s because Hornacek has slowly been breaking in his prized rookie into action as he gets more comfortable to the NBA level. And it’s been working. The Knicks are 7-3 ( CLE beat NY on Monday 104-101 ) when Ntilikina is playing.

Winning is what matters really and if we compare Ntilikina to Smith in that regard, it’s a no-contest. Dallas is currently 2-11 and looking at the lottery right now. The Knicks meanwhile have looked solid and basing on the first month, they should be a playoff team in the weak Eastern conference.

Individually, Dennis Smith Jr. is having the better season than Frank Ntilikina. But you can’t say Ntilikina is a bust in the same manner you can’t judge Lonzo Ball yet. As for LeBron James’ picking Smith over Ntilikina, well he’s entitled to his own opinion. But he’s a king not a prophet so yes, he isn’t always correct. And yes, maybe he should just look at his own team and focus his criticisms on his teammates who obviously aren’t playing any better than the Knicks.